Four Star was the most inspired and ambitious of the many Transformer bootleggers. Not content to merely knock off existing molds, Four Star often reworked the source material into loopy psychedelic mutations.

Three (that I'm aware of) modified TFG1 Insecticons were released under the Transistor Robots sub-series Insect Robots. I haven't found names to further distinguish them. Documentation of Four Star's output is sparse, though The Vintage Space Toaster Palace has collected some interesting advert scans..

This insect mode is easily the strangest of the three Insect Robots. Perhaps there exists in nature a hybrid Beetle/Scorpion, but I'm not aware of such a bug. It somehow looks right. Dig that crazy carapace! Antennae! Stinger! 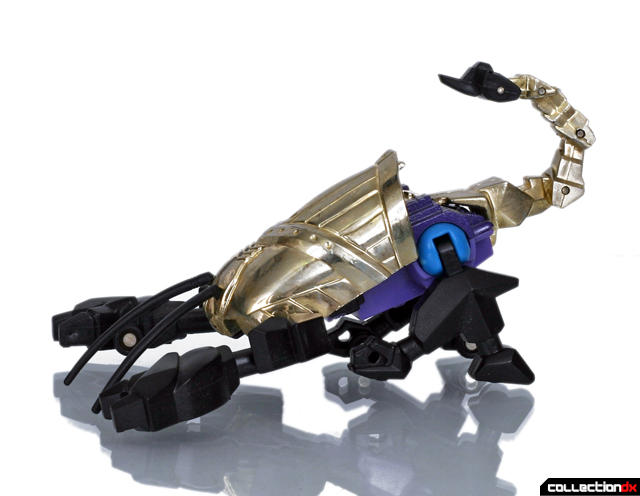 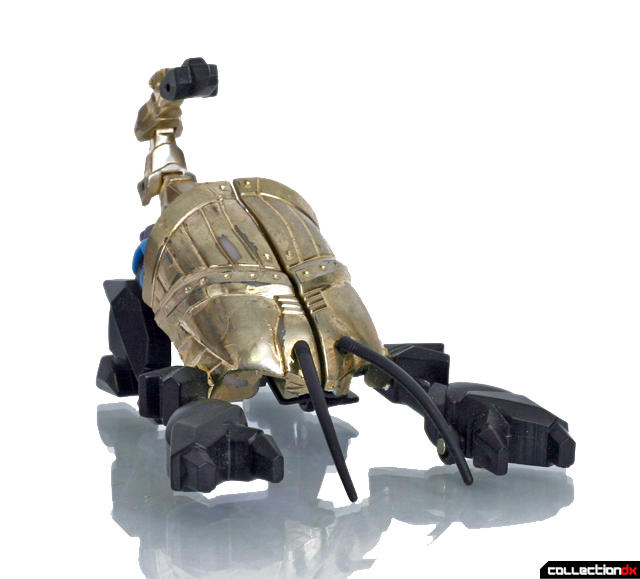 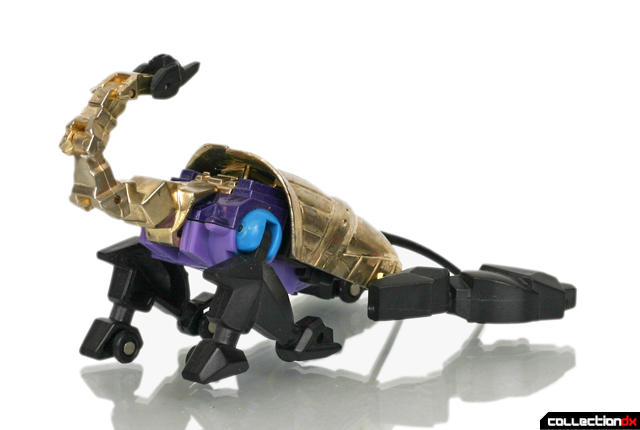 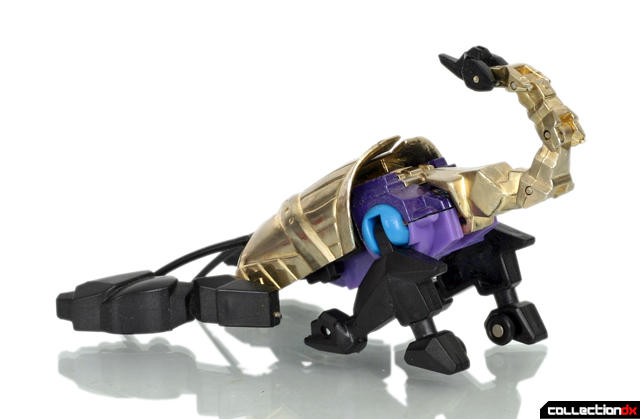 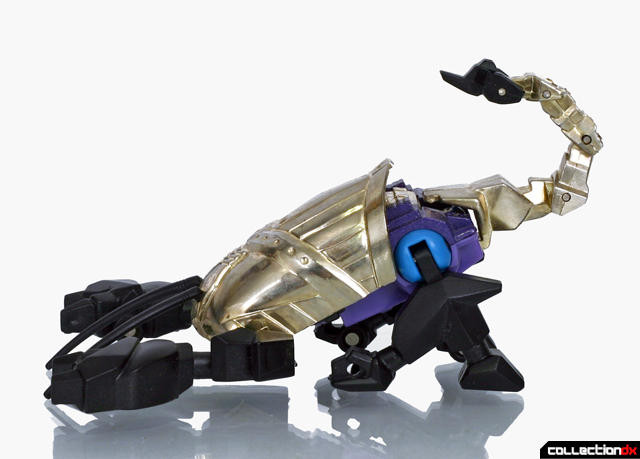 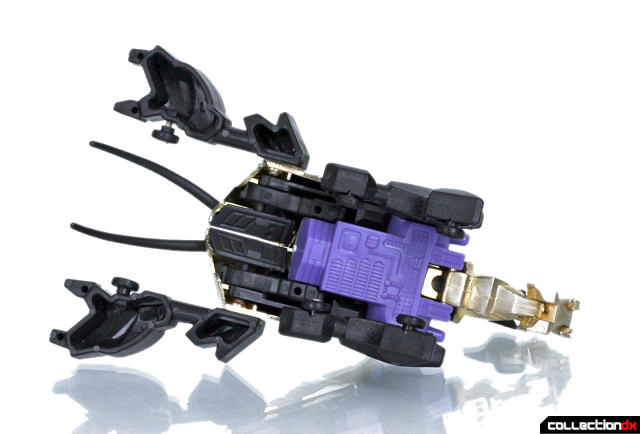 Robot mode is imposing, if less wacky. Nice proportions, though. 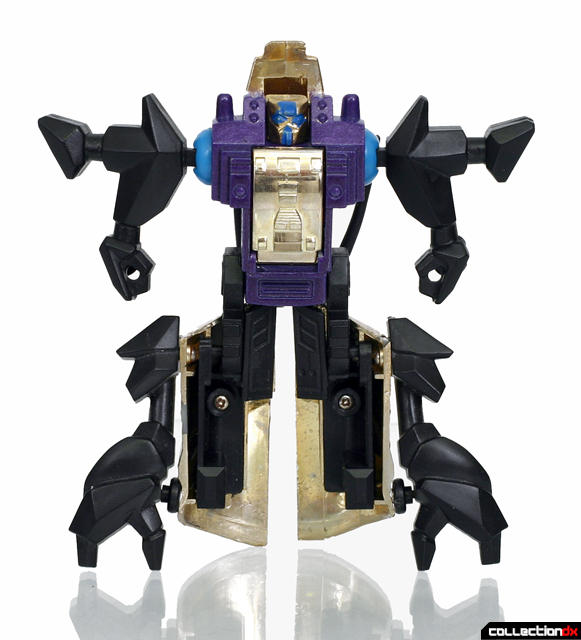 This model is a heavily altered Bombshell, and I do mean heavily altered. Though it's immediately recognizable as Bombshell, upon closer inspection, very little remains of the original mold. The chest is significantly re-sculpted with blockier details (though the diaclone cockpit is intact). The arms and legs are entirely original. Hips and shoulders are pretty close to original. 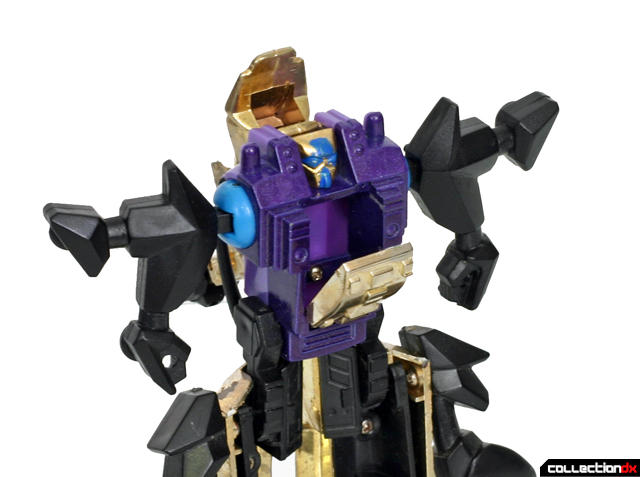 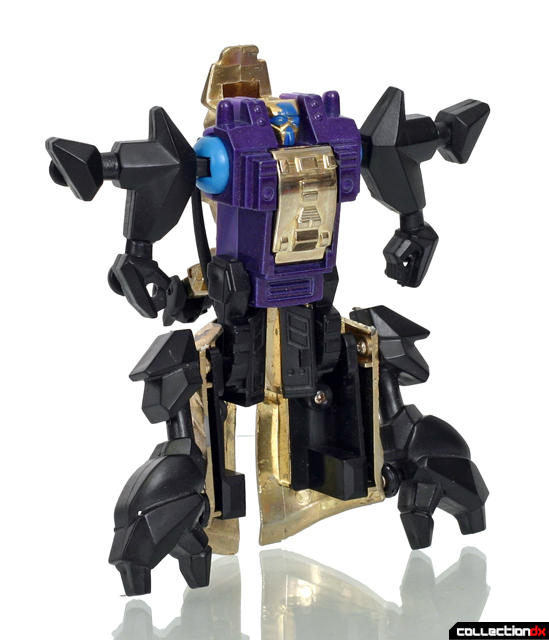 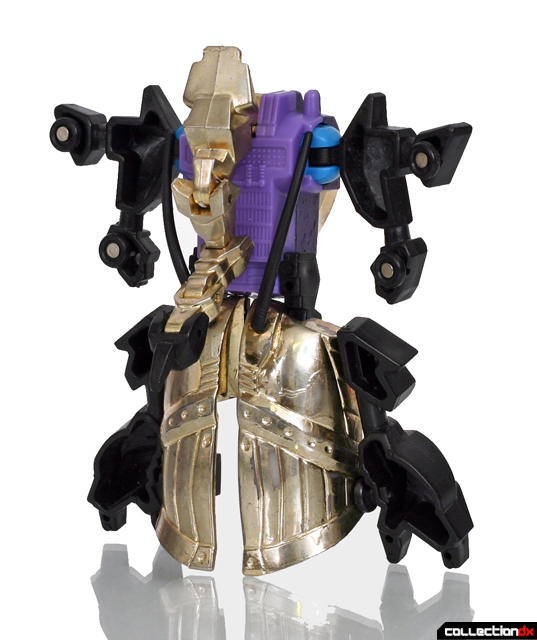 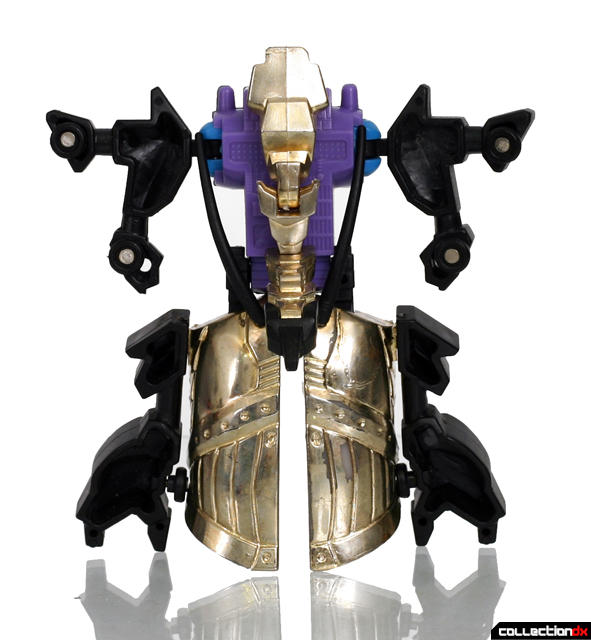 Fit and finish are of a respectable, high-end knockoff quality. The chest is diecast. The tail is plastic, though it really looks like metal. The head looks awful though due to sloppy paint application. 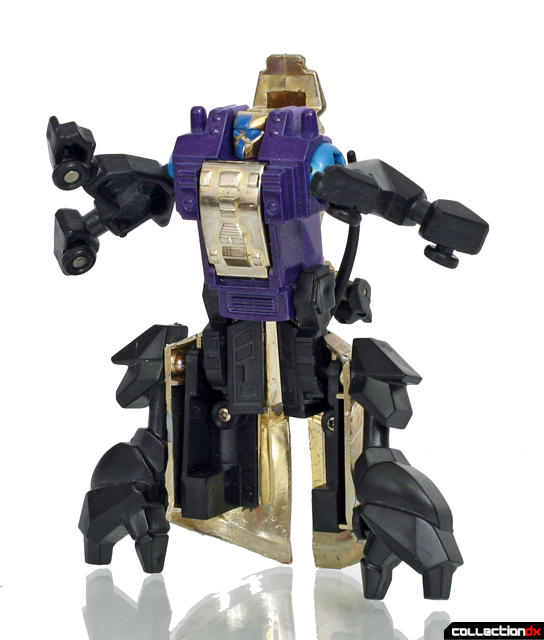 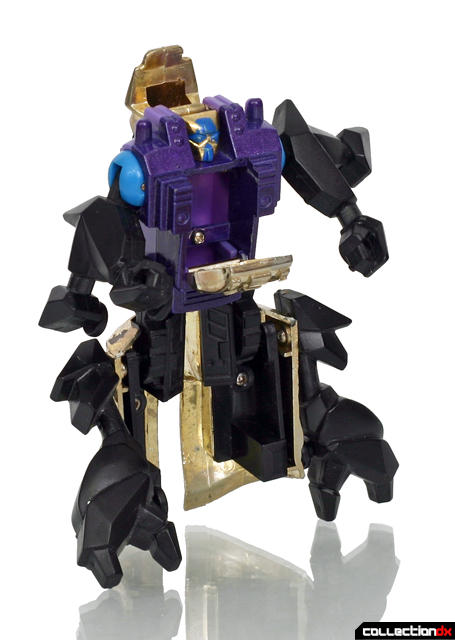 That's beside the point, though. This figureis primarily an artifact, a specimen of outsider art. I love that in the pre-internet world an eccentric renegade toy maker was able to mix it up in the global marketplace by twisting mainstream products into something subversive.

I totally have this. Was one of the last Four Star/Convertors bots I added to my collection before I slowed up on vintage transformers and moved back into bigger vintage Japanese die-cast. As much of an oddball as thins one is I like it, and it is a toy I rarely come across. You are correct in the plastic area looking like metal. Until you pick one up it is visually playing a trick on you. Great article.