By now I'm sure you're all aware of the Gobot nativity story: Tonka licensed the Bandai/Popy Machine Robo toys, brought them to America, and packaged them under the Gobots brand. Tonka then produced a handful of its own designs to augment the line, including the bases and a few clumsy vehicles. The story doesn't entirely end there.

The CLG would have been a strong addition to the Super Gobot pantheon on its own merits, but was apparently shuffled off to the margins. These used to be somewhat rare, but for some reason they were all over Ebay this summer.

The CLG is packaged in a largish, TF:G1 -inspired window box. 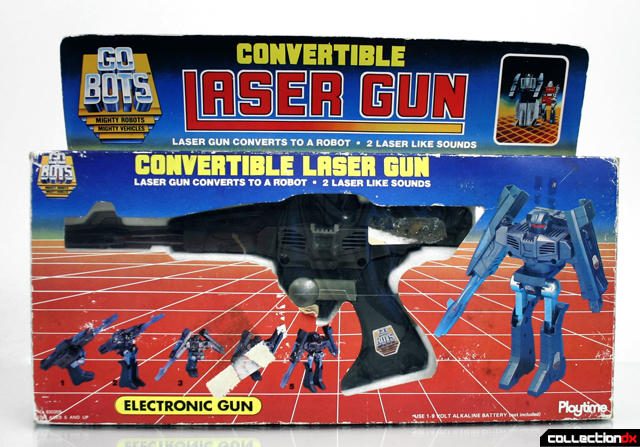 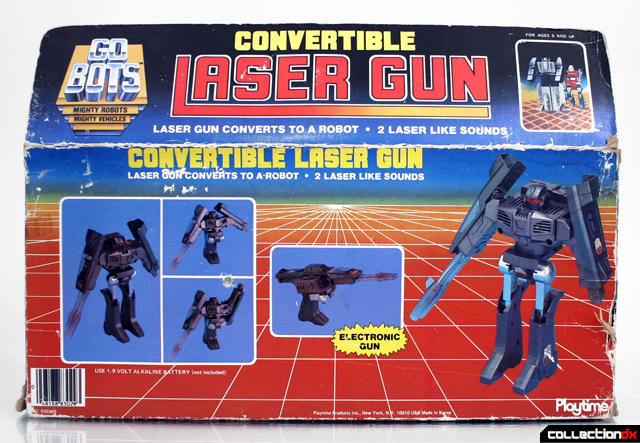 Inside, a plain styrofoam tray. No accessories, though there's a nook for something, most likely just the instruction booklet. 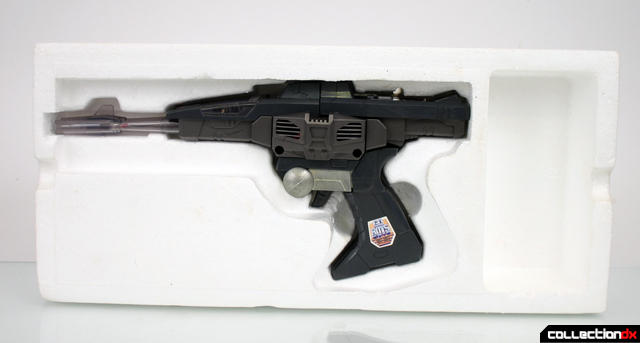 The gun mode is fantastic, well proportioned and detailed. While it certainly resembles Shockwave (original mold: Toyco's Astro Magnum), it's an entirely original design. I like the clear barrels. The trigger activates two laser noises and an LED threaded into one of the barrels. 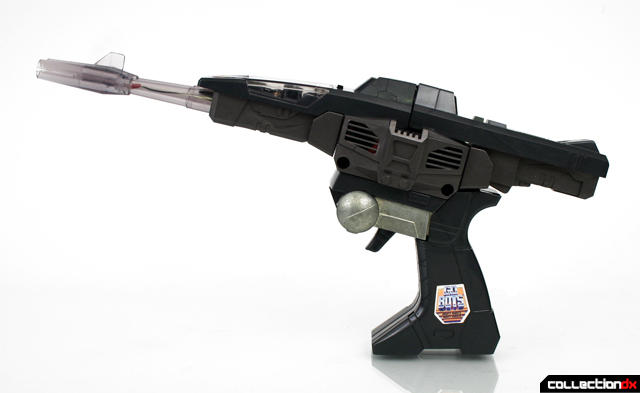 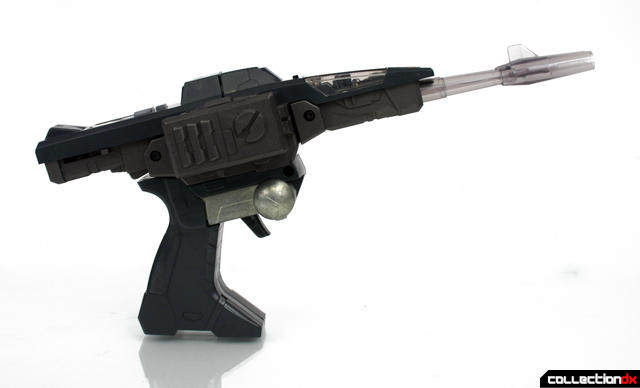 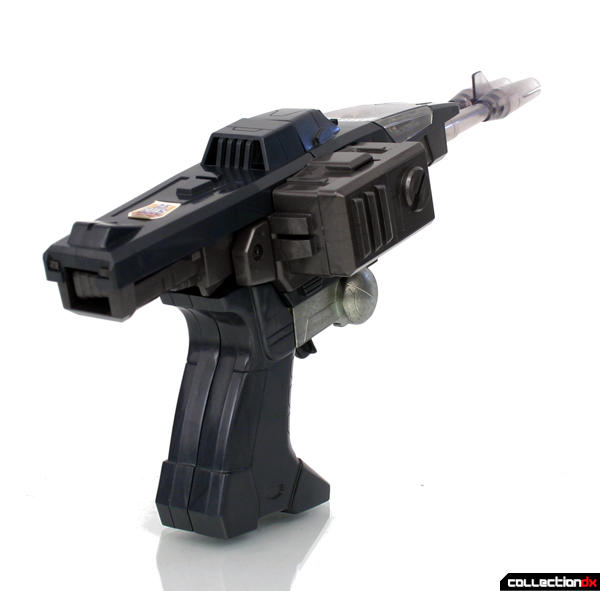 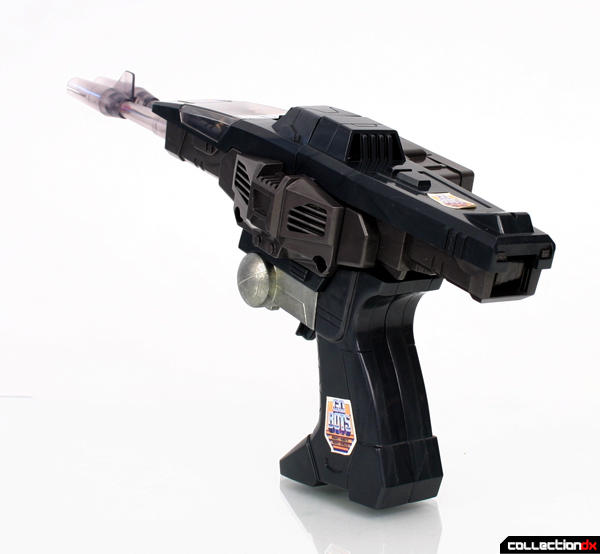 The gun is large enough to kind of fit in an adult hand. 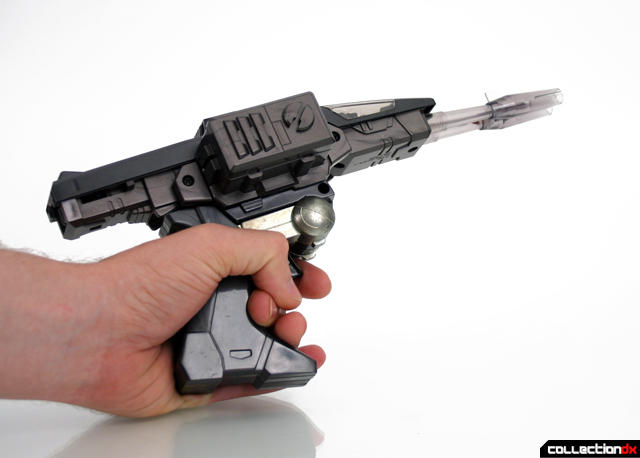 Fit and finish are tight. Nothing feels cheap. My only complain is the arbitrary application of goofy Gobot decals. I'm tempted to remove them; the piece would look way better without. Except for the one on the crotch, that one makes sense.

Transformation is easy and intuitive. You separate the handle and twist and extend the upper gun assembly. Positioning this part is a little precarious. The internal electronics can bind within and prevent easily setting the bot torso where it needs to be. 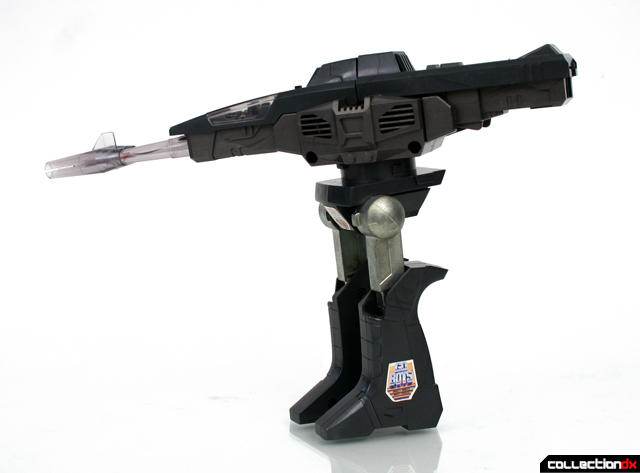 The top of the gun folds in half to become the arms.

The robot mode is solidly proportioned, with the same asymmetric setup as Shockwave. The head is a little doughy for my tastes, but that's only a quibble. The figure is a handsome, high-quality piece. The thighs are the only diecast. 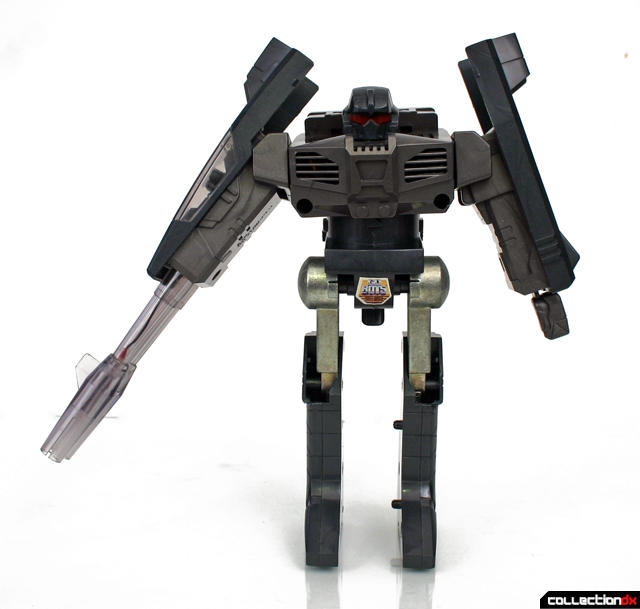 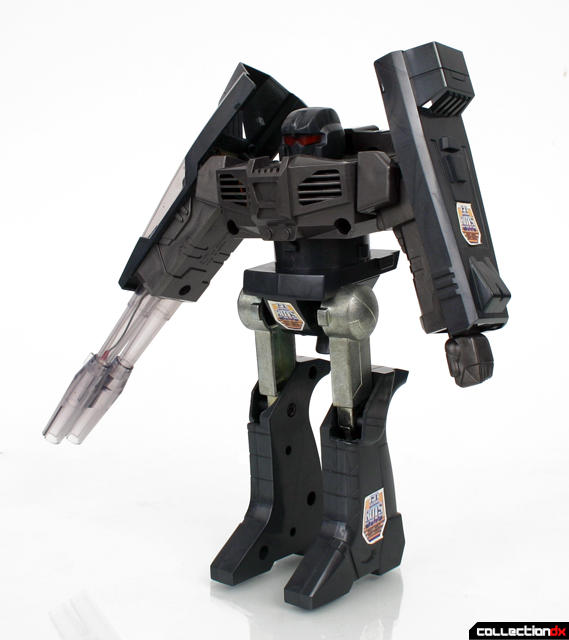 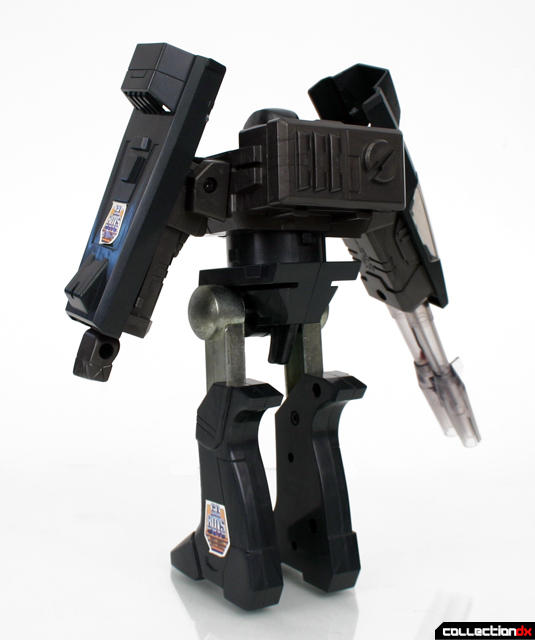 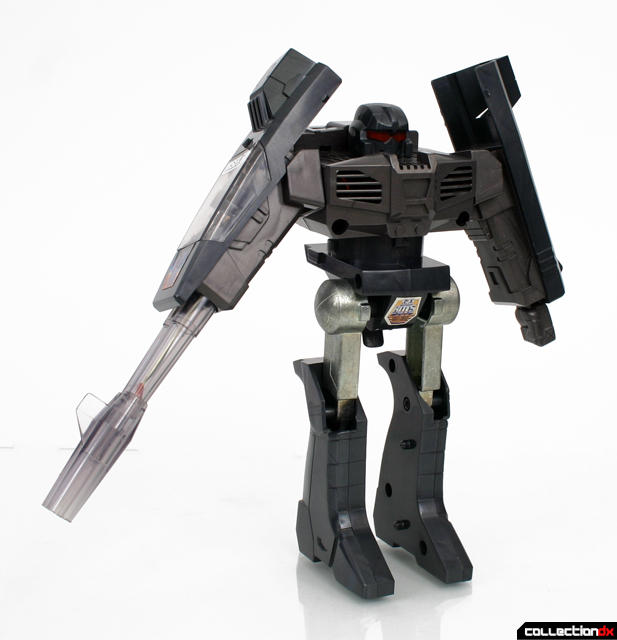 The clear electronics cover on the arm is a nice touch. 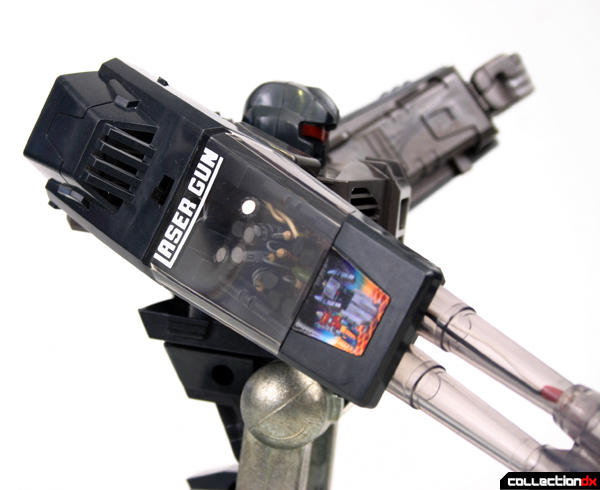 Only the shoulders are articulated, and they only swivel up and down. 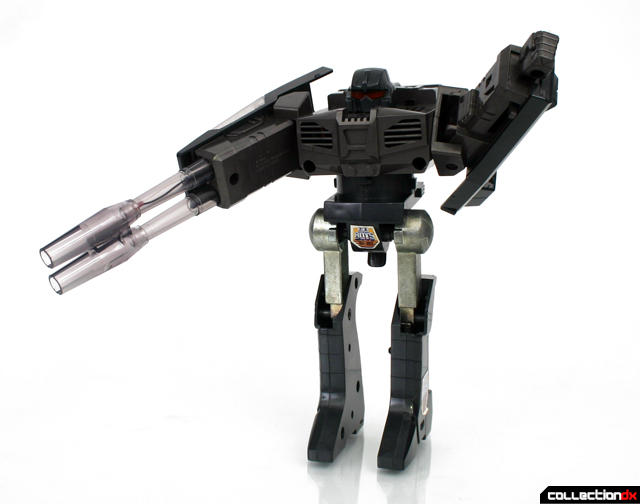 The CLG is a fantastic figure. It's a shame Tonka didn't integrate it into the main line. 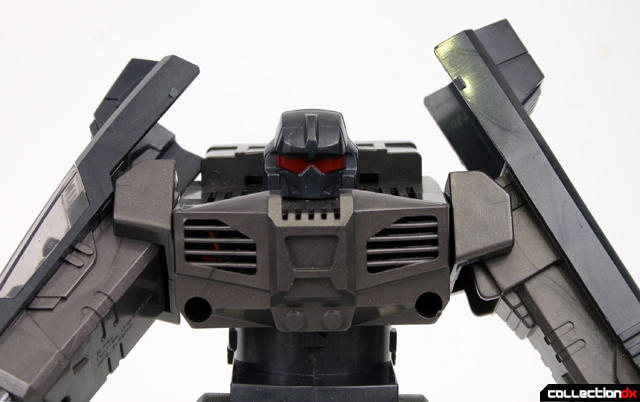 I actually sold one of these for parts over the summer, haha. The clear plastic barrels on mine had broken off a while ago (shelf dive) and it was time to part with it. This toy was my stand-in Shockwave as a child, and it held up to all the abuse I put it through. I would love to own another one in decent shape. It is a marvelous toy.

Glad Gobots are finally see'ing a resugence amongst the main stream of our type of collecting. I think they get a bad shake due to a terrible terrible naming system and cartoon.

But come on.....they had a gestalt made of robot suits that robots wore! Thats so metal.

I think he looks best when half-transformed, as a tank bot.

In the box, pretty decent shape. Yup, the cutout in the styro is for the instructions. I never understood why this particular Gobot did not get any respect. The quality is top shelve, the piece has not seen it's price go up on eBay like other TFs have. The Rodney Dangerfield of the TF world.

I want it! Man, that is cool! Really love the look of the gun and how the barrels are one complete arm on the robot. Great looking toy all around!