When Matchbox started to license the Robotech name for toys in 1985, they decided to go two separate routes in offering Robotech toys to collectors. One direction was offering newly produced Robotech 1:18 action figure line whose results were in various degrees of quality. The other route was to re-box and recolor original Macross Japanese toys, mostly produced by Japanese toy manufacture Takutoku. 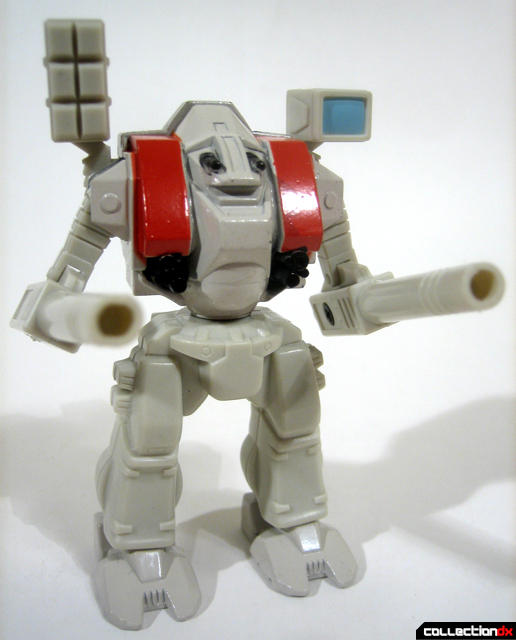 One such example is the Robotech Collectors Series Diecast Excalibur MKVI Battloid, a recolor of the original Takutoku releases Tomahawk Battloid. 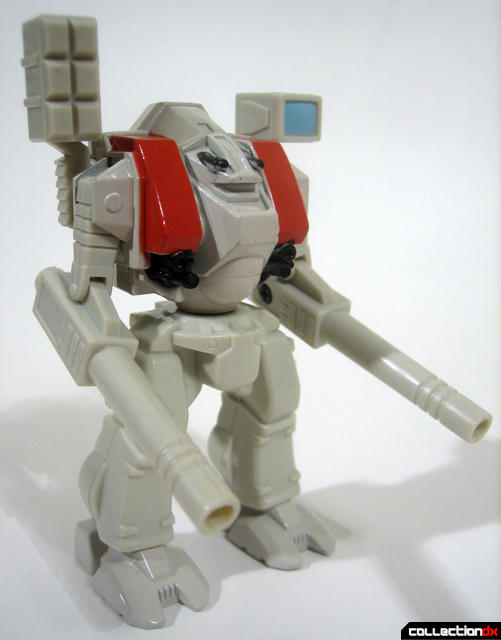 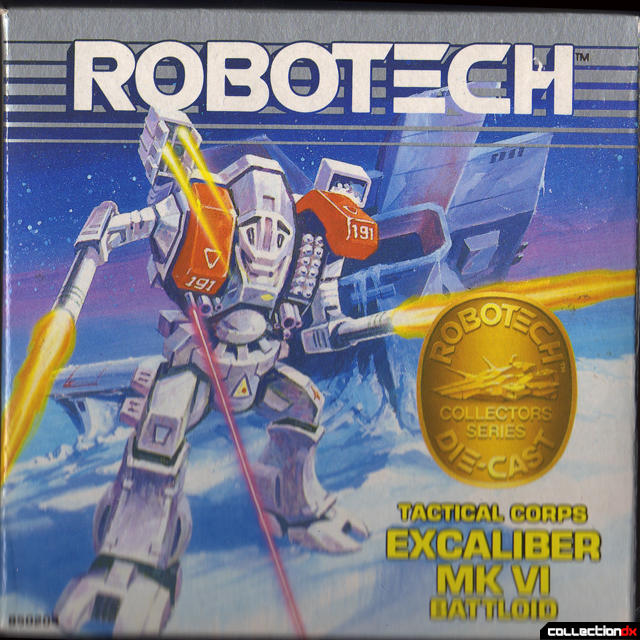 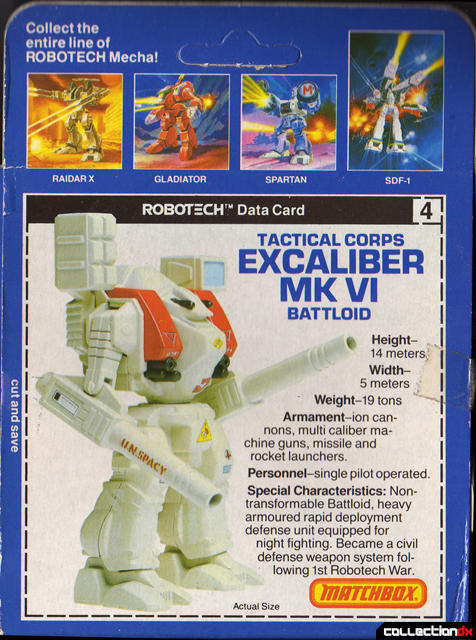 An aspect I do love about these releases is the dramatic box art and this release is no different. It features a Tomahawk locked in action with a frozen Daedalus and Prometheus behind the Battloid. I love what it alludes to: Some little known battle against Zentradi on the space-bound Macross island while the SDF-1 was trying to retrieve the Daedalus and Prometheus. Very cool I think! 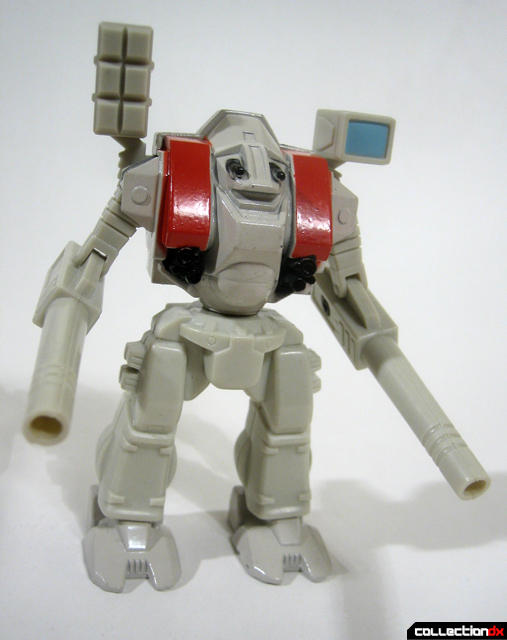 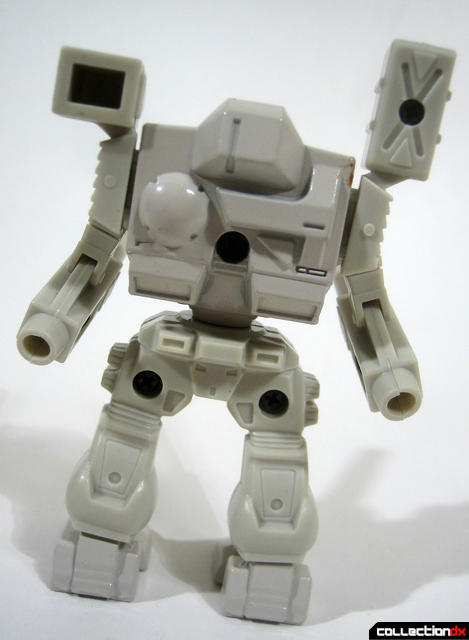 The Tomahawk itself is a nice little figure with die cast feet and body with the other parts molded in sturdy plastic. The arm cannons, searchlight, and missile launcher easy snap in place but do to the age of this toy I would be careful of snapping the arm cannons in and out of the joint as when plastic gets old it can get brittle and I can see this part breaking. Articulation is the body twists, and the arms pivot up and down. Not much articulation but I still had a great time playing with it as a kid. 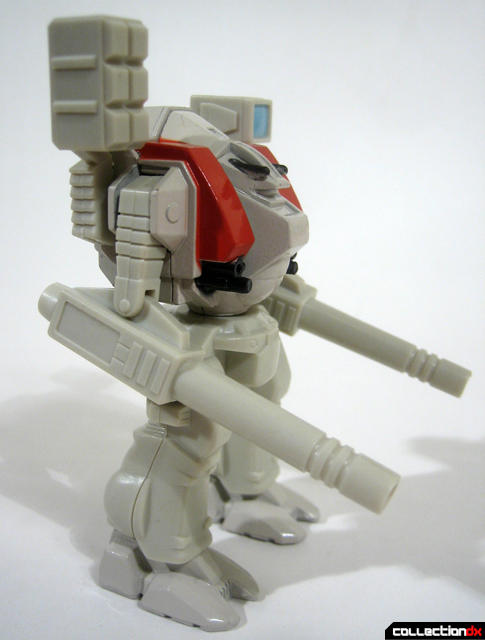 The recolor itself is just OK. Unlike the nice grey color Matchbox used in the Matchbox Raider X/Defender release, this color is a brownish grey that looks like it has faded even though the figure is not faded. I own two of these and they were both colored this way. It is just not an attractive color.

I found this example at a model kit show NOS for $1.00 but I know these can still be picked up on auction sites for around $15.00. Although not a must needed Macross toy, this is a nice little pickup for the Macross collection.

Look out- it's a Hellbringer!