Let's delve into the history (and mystery) of Block Tank.

I have a vague recollection of getting one of these toys as a youth, but information about them is hard to find. The closest thing we had to these were the Voltron Assembler robots.

Block Tank began life as Tank Robo, made by MARK as part of their BATTLE BLOCKER line (バトルブロッカー). There were 8 robots in this line.

Finding one of these in the box is rare.

(pictures from a closed Auction) 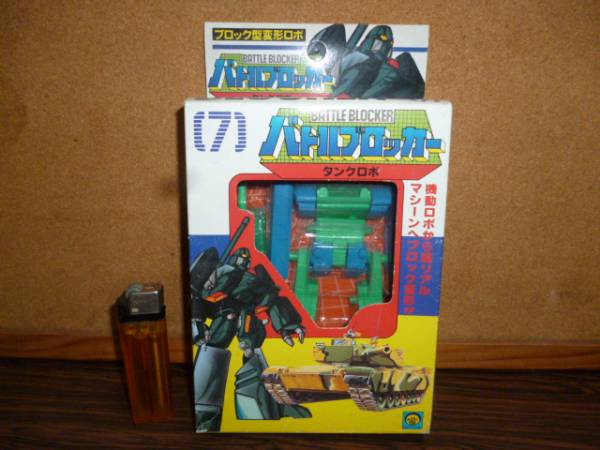 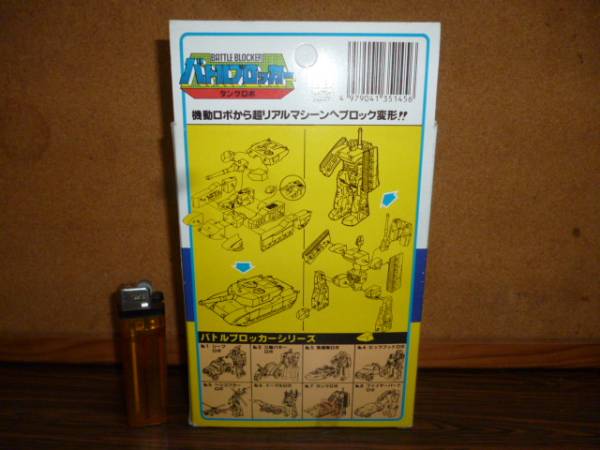 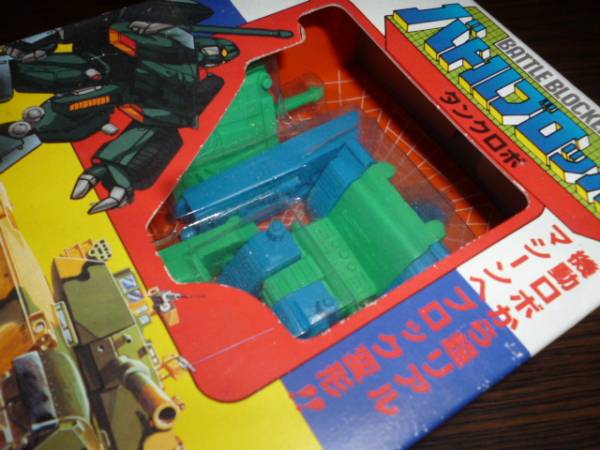 I'm not sure what the Mark / Select connection was, most likely MARK became SELECT. Anyway, SELECT produced a version of this toy for export as part of the CONVERTORS line called FLEXIBOTS.

The FLEXIBOTS sub-line consisted of the same 8 toys, repackaged on blister cards. These now had the SELECT brand stamped on them, as opposed to MARK. Almost nobody remembers this line and the only reference to it I could find was through the-liberator.net. They state that it was released in a swapped color scheme, but i've never seen one reversed. in this line he was called THUNDER.

It seems SELECT also released the same robots to a company called JAM, rebranded as BLOCKMAN FIGHTER. Although the toy is stamped 1986, JAM released toys into the 90s, so they were likely re-released with the same molds, but with some different colors. Also, the rubber is much firmer than the original releases, and there are more visible seam lines.

Only six were released under Blockman Fighter, and Butto has cataloged them here.

Some apparently made their way to the US via asian grocery stores. This one was distributed through Nishimoto Trading Company (now called Wismettac Asian Foods). 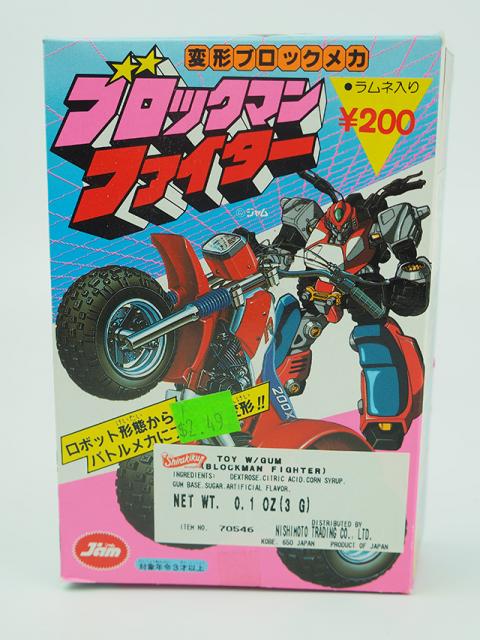 While not originally a candy toy, the JAM release came with a small piece of gum, really just included so this can be sold as a candy instead of a toy. The original sold for 200 yen in Japan. 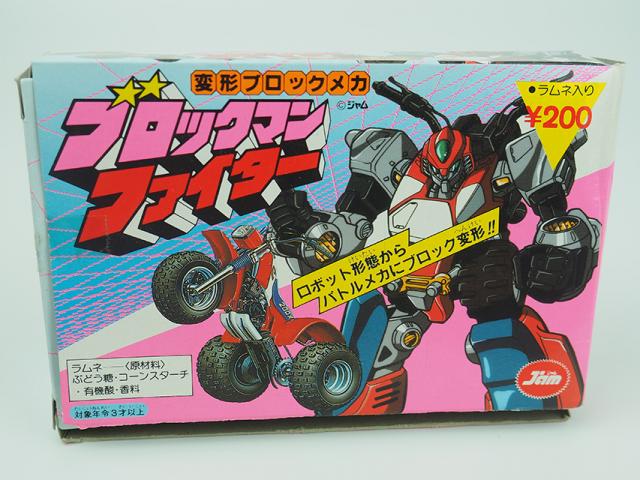 Five are listed on the box, but the photos are of the original MARK versions. The versions packed with these have monochrome color schemes. 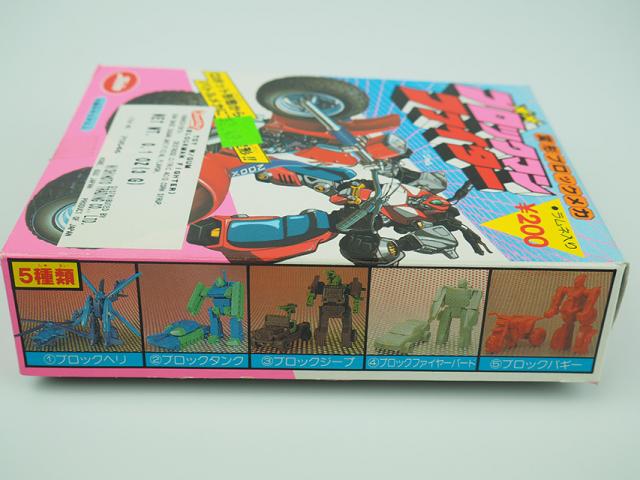 An instruction sheet is included that has instructions for all of the toys. 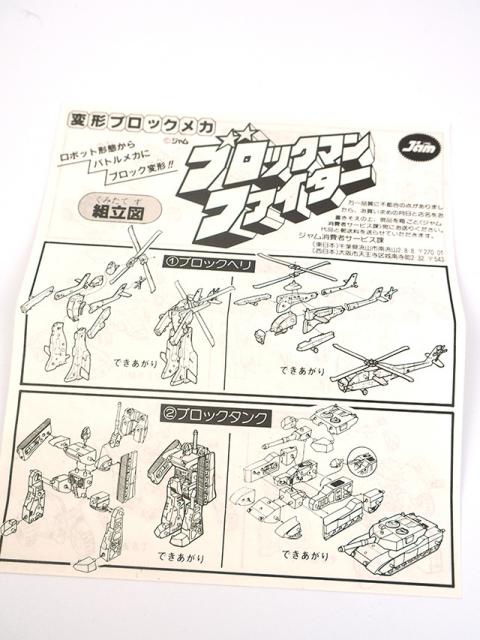 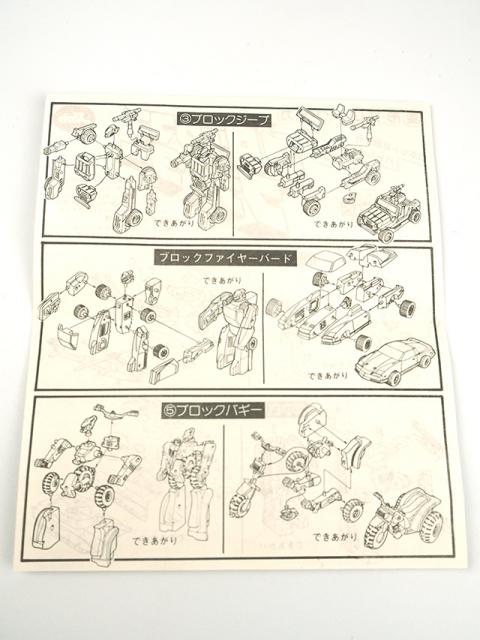 Now that the history lesson is over, lets talk about the toy.

The Tank is a hefty chunk of rubber, and is pretty solid in this mode. The tank turret has bent from being in storage for years, but otherwise the thing looks good as new. You can see that this version ditches the two-tone color scheme for a monotone green. There are more obvious mold lines, and the plastic is much more firm than the CONVERTORS release. 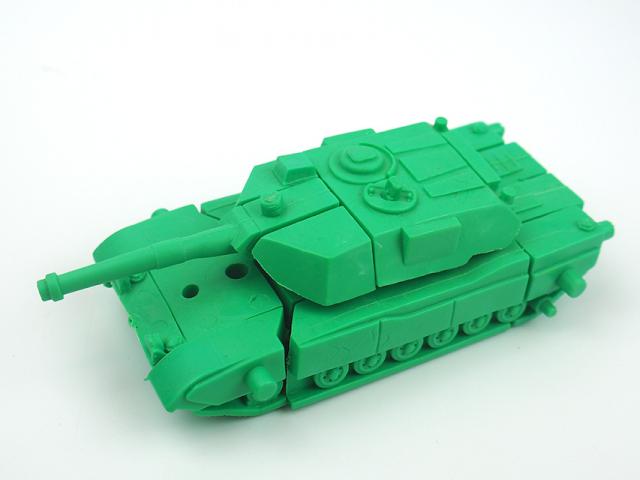 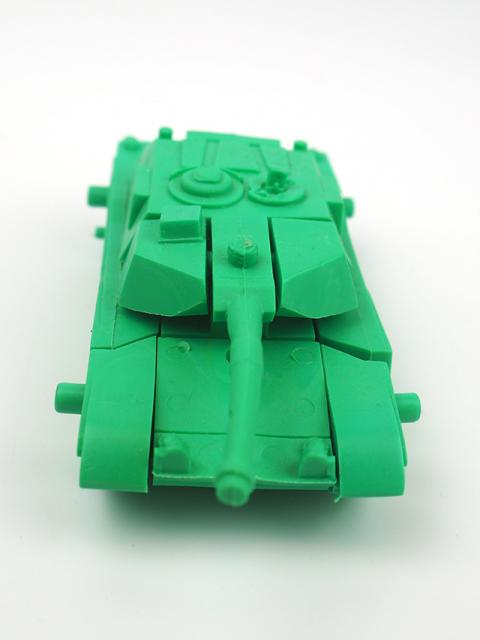 I believe the tank is based off of an M-1 Abrams Tank. 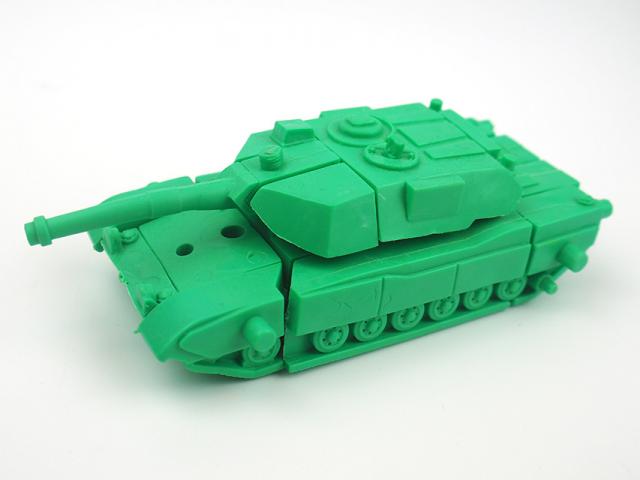 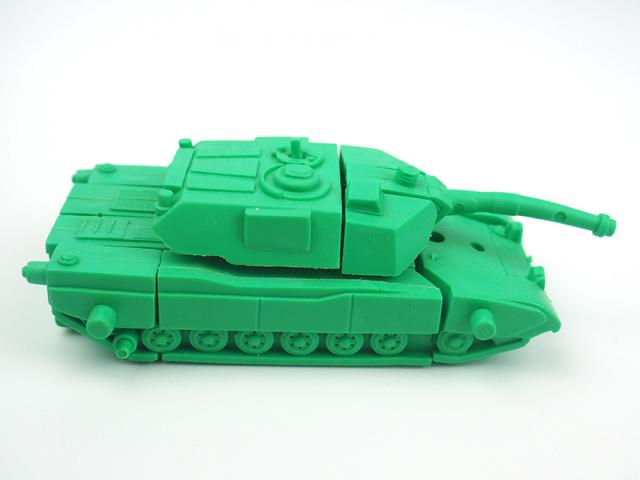 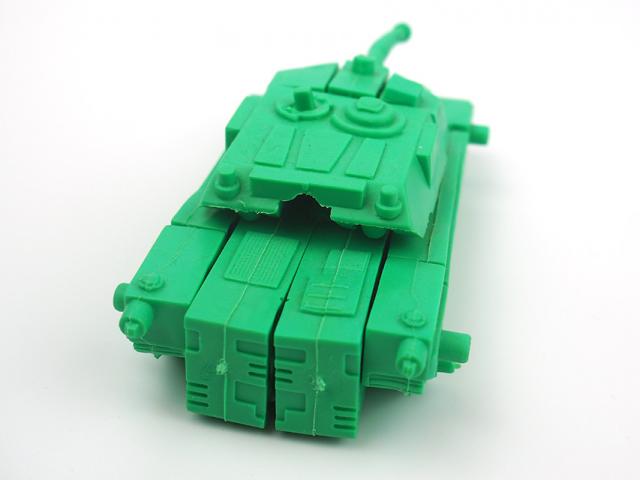 The tank separates into 15 different parts. 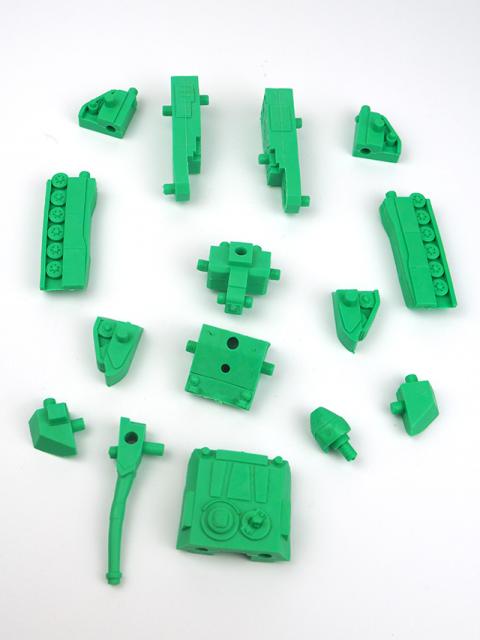 In robot mode, Block Tank stands a little over 4 inches tall. It does not hold together well, and is kind of wobbly. It's got some nice details though, and I really like the head design. 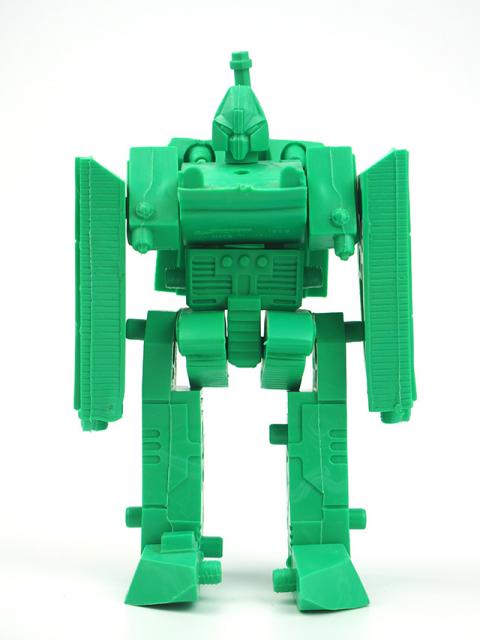 I realize that the shoulder bits are pointing down, as opposed to straight ahead in the photos. But if you put them straight ahead, there is a peg that keeps the arms from staying down.

Note the M-1 embossed on the lower leg. 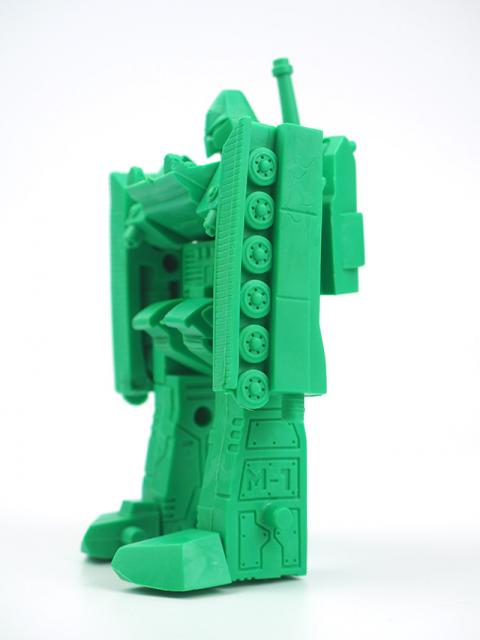 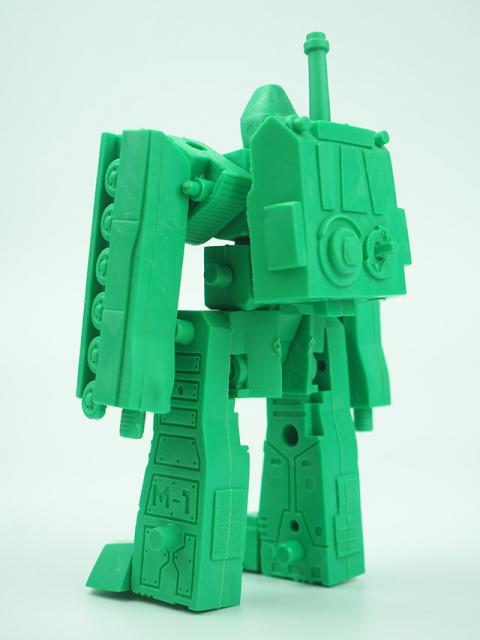 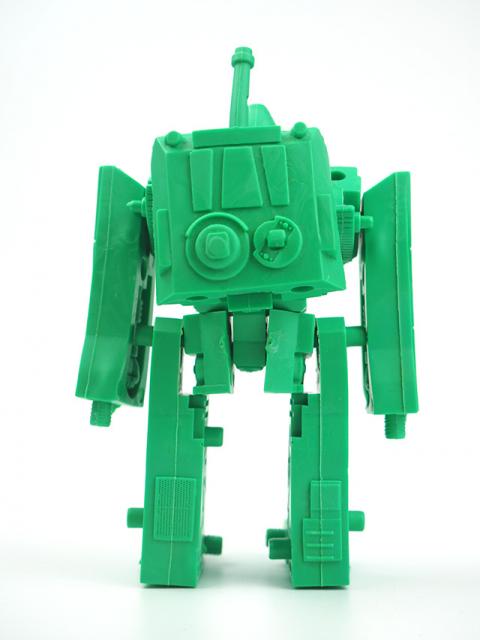 I like the arms molded into the inside of the tank tread. 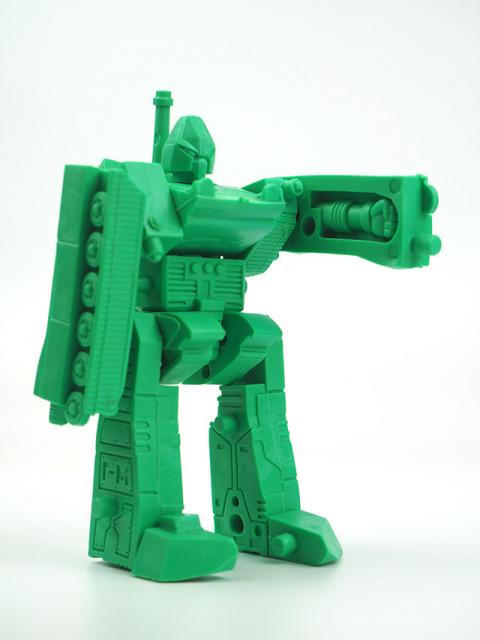 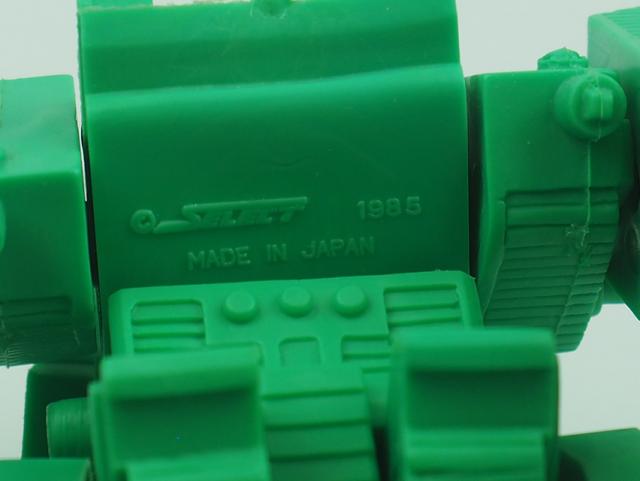 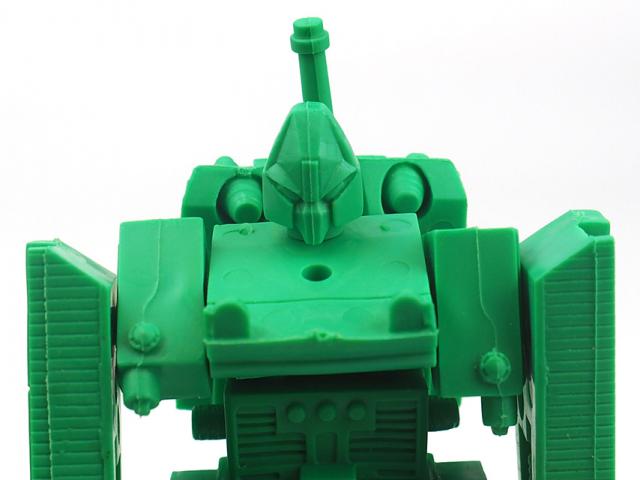 Overall they are very cool and obscure little pieces. I would love to track down a set of the original MARK releases. I would also love to discover the MARK / SELECT / JAM connection, and get the definitive story of how they worked.