The popular perception is that the Gobots line was a kind of hurried, inept reaction to the smashing success of the Transformers, a clumsily assembled collection of the misfit leftovers ignored by Hasbro. In some ways, that’s unfair. The bulk of the line, taken from Machine Robo molds, is terrific. But the Gobots brand was frequently attached to some dopey toys with disparate design aesthetics.

Cheapo drugstore toy purveyor Arco produced a handful of colorful, goofy transforming bots, among them the Rogun cap and squirt guns, a few battleships, and this oddball, a pair of binoculars. The imaginatively named Binoculars is Microchange for dummies, a simple idea purely rendered. You look at this thing and you get it.

The package is a semi-nice window box, very drugstore. 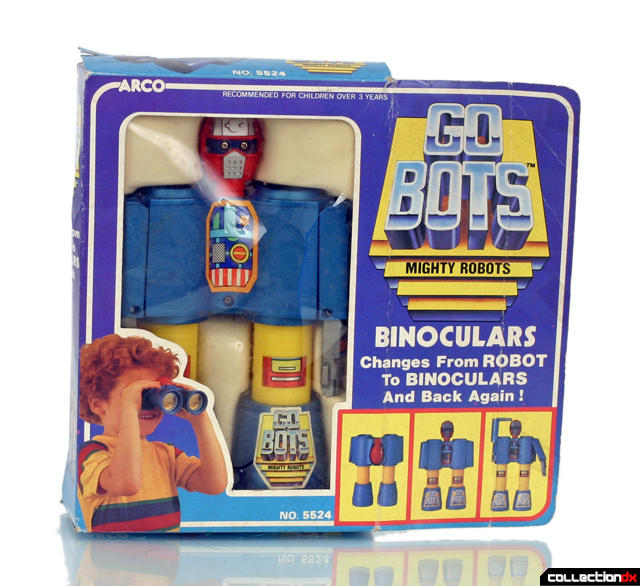 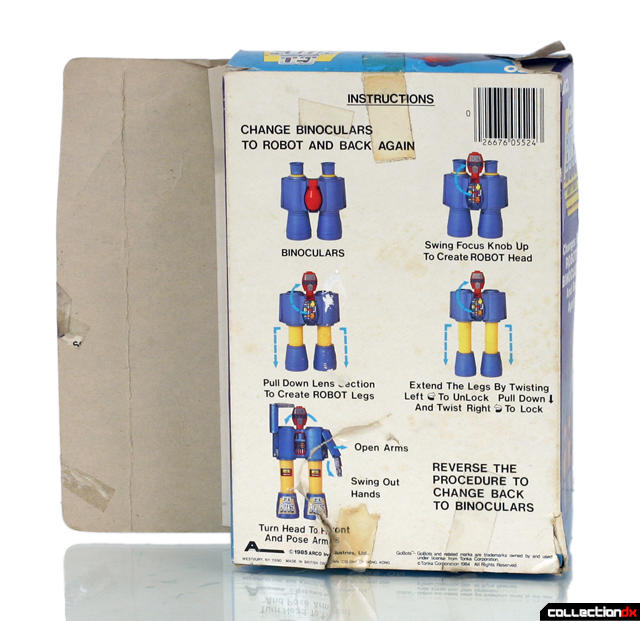 The binocular mode is a convincing sculpt. It actually functions as binoculars. I like the texture of the plastic. 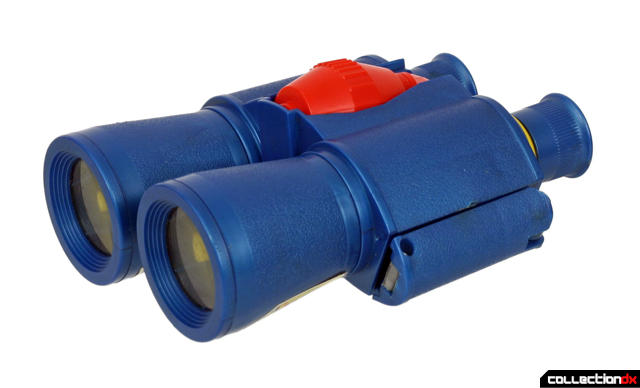 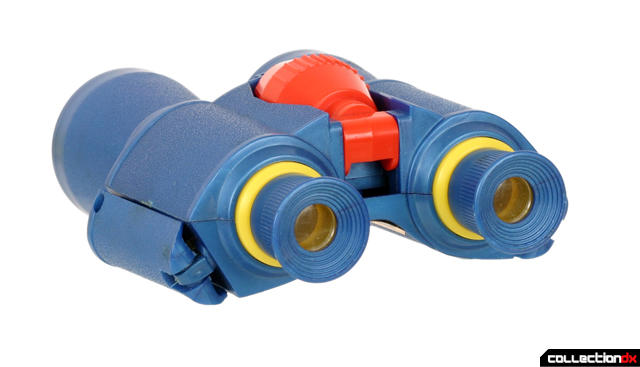 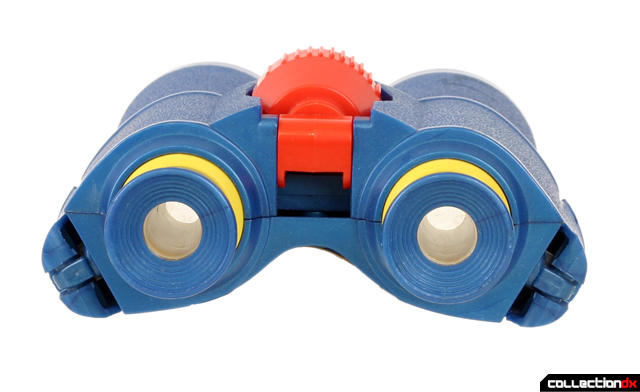 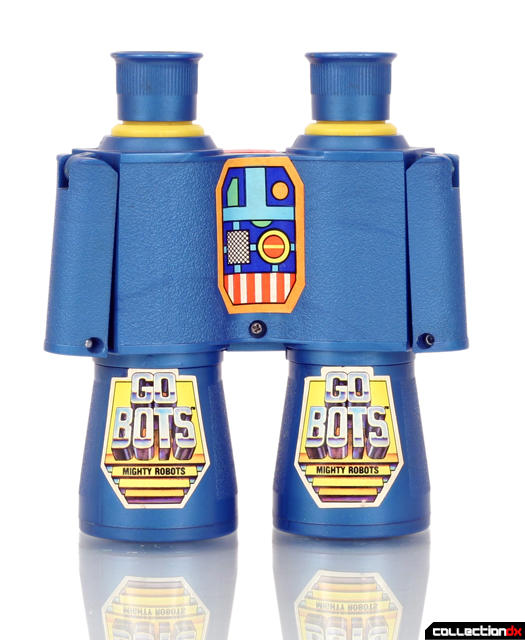 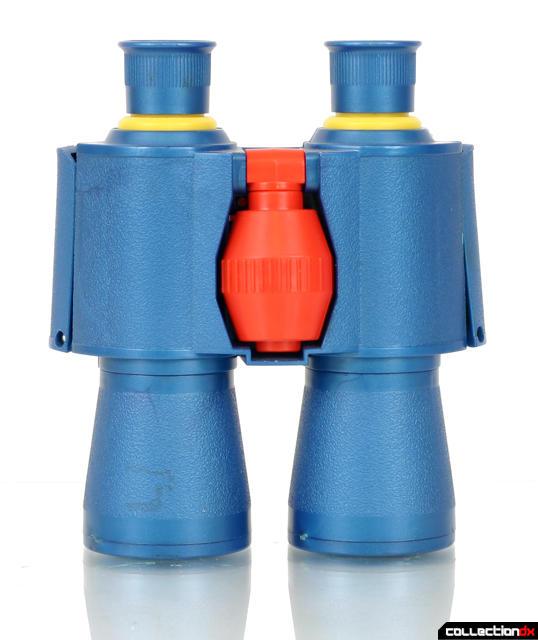 Transformation is stupid simple, but fun enough. The resulting bot is really something. I love the elemental simplicity of the shapes. It looks inevitable. I could be wrong, but this may be the only toy robot head ever with screws for eyes! I generally don’t like decals which boldly display the name of the toy, but these work. I like that the hollow left by the head is detailed. 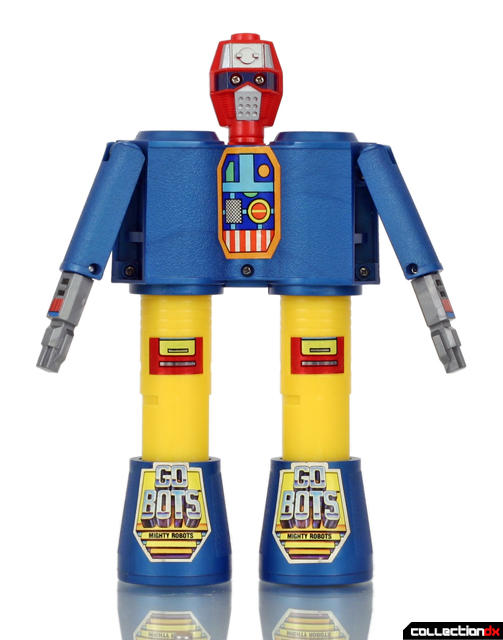 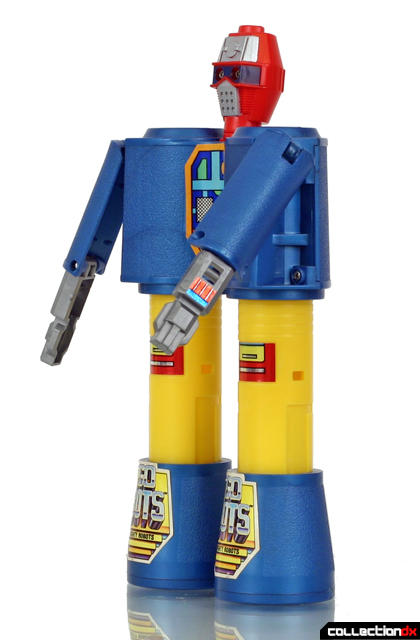 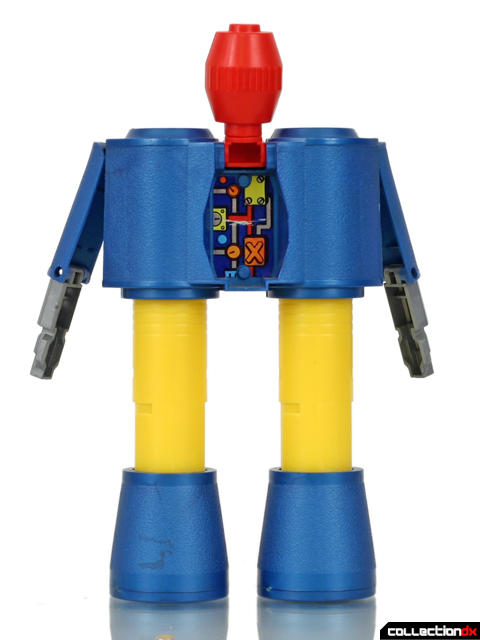 Articulation is non-existent. You can kind of flap his arms around. I’m okay with that. 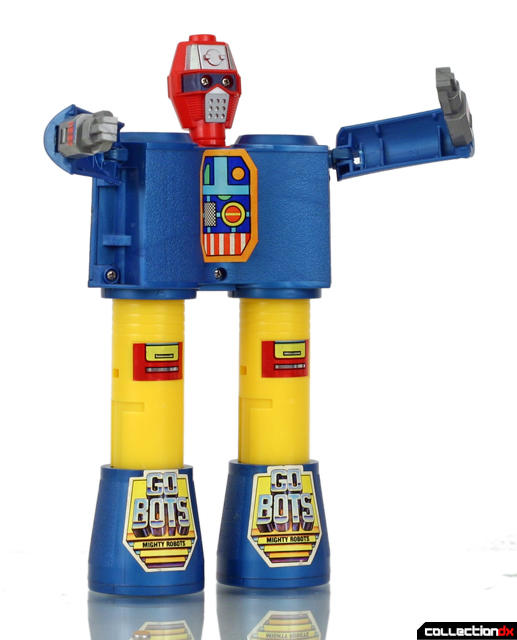 One trend I sorely miss is the eighties convention of releasing figures in both brighter, cartoonier finishes and gritty ‘real’ type colors. That Arco did the same for this silly trifle is something special. Binoculars was also branded as a Robotech toy with a more muted color scheme. I am deeply smitten. There are also Robotech branded Rogun toys knocking about. 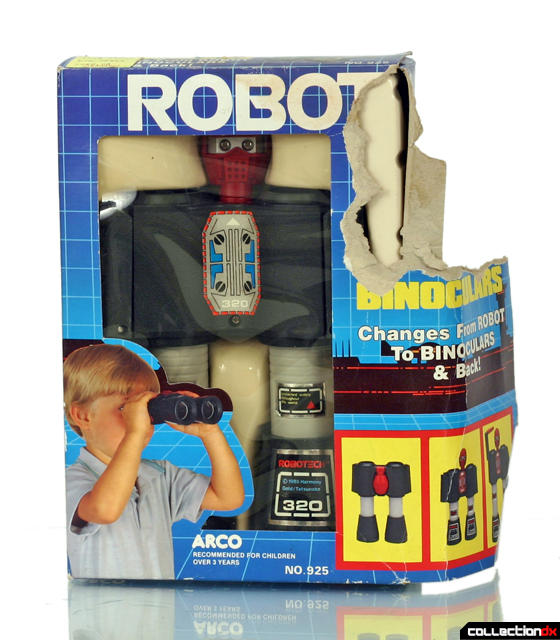 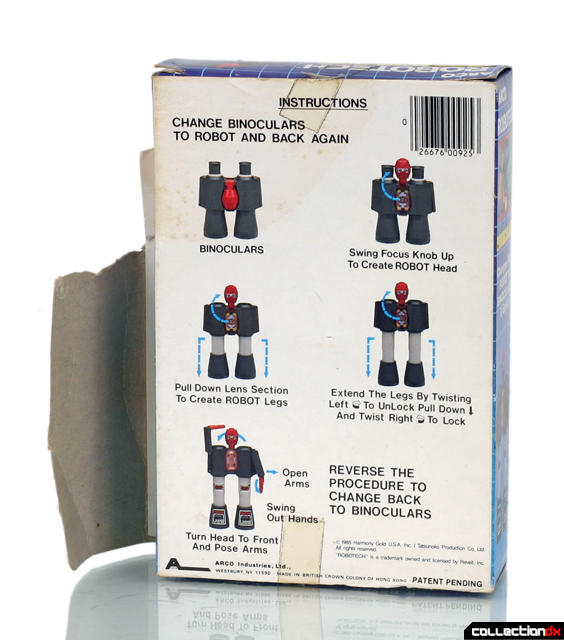 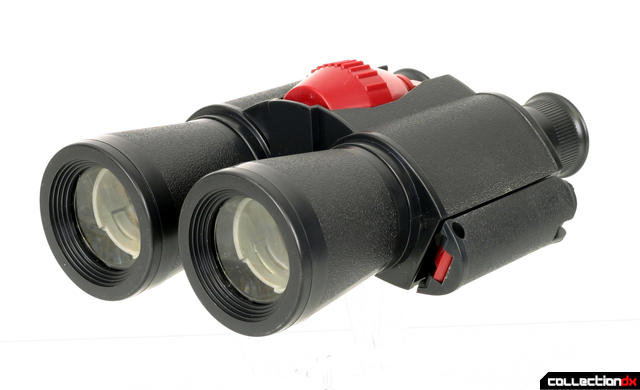 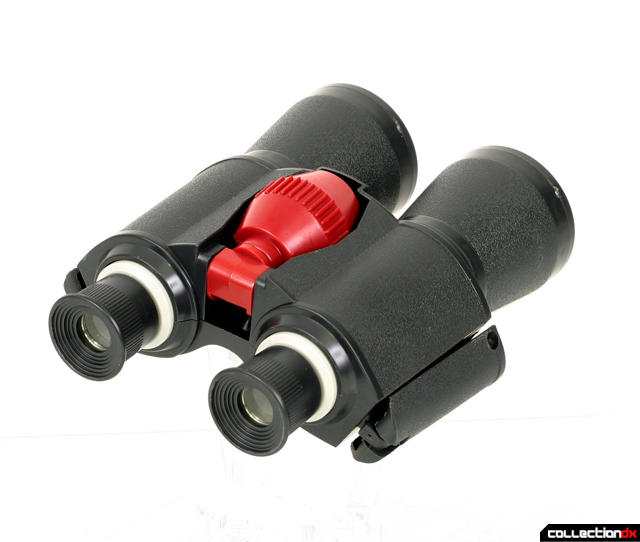 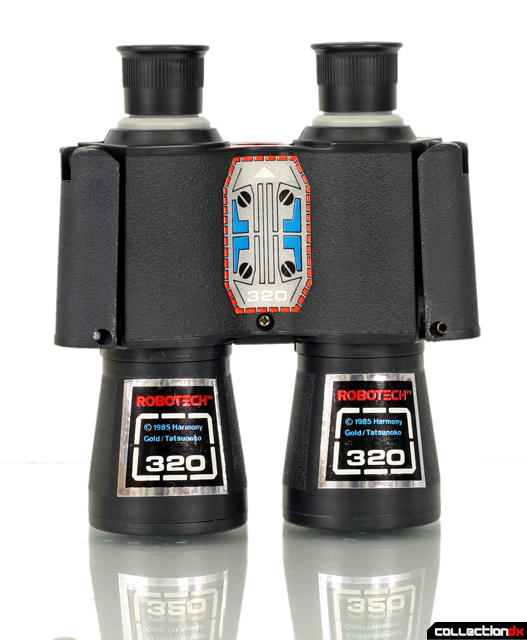 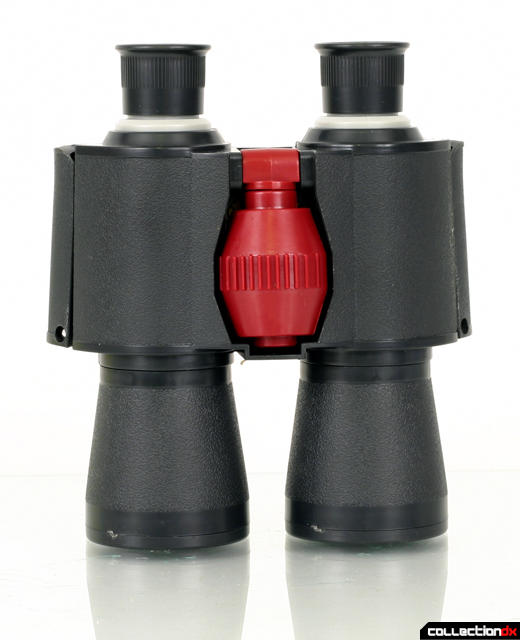 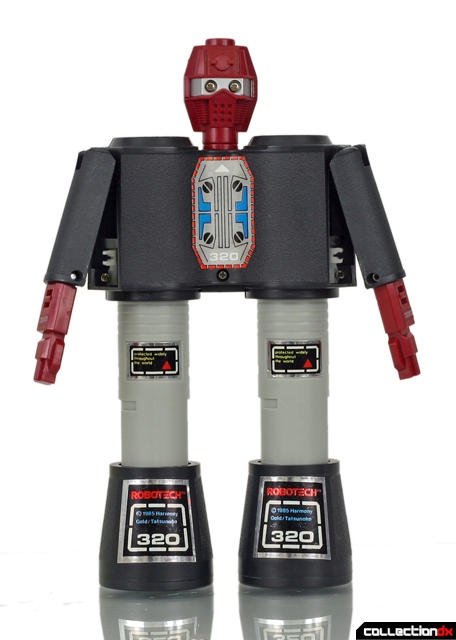 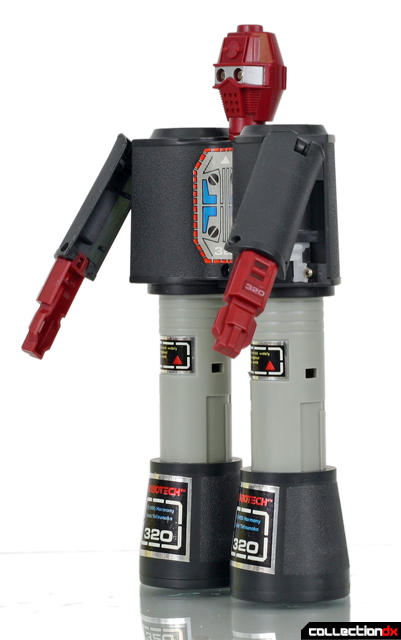 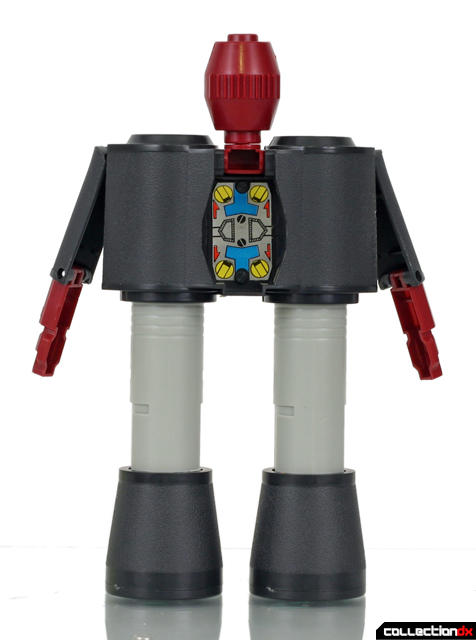 Get a load of these guys. Funky, funky stuff. Cheap, lovely, weird. 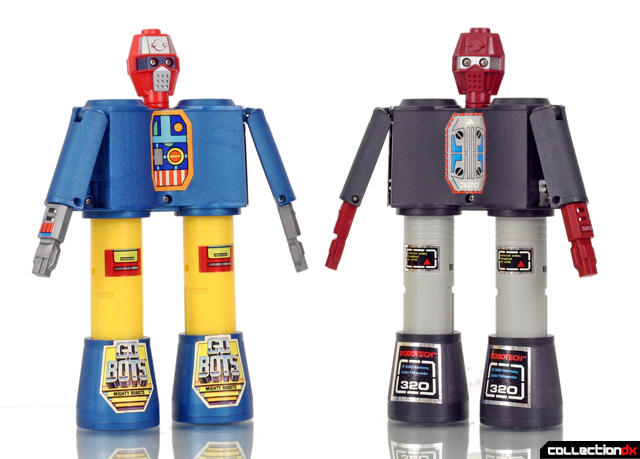 7 comments posted
Weird but interesting. The

Weird but interesting. The head kinda looks a bit like G1 Warpath at least to me

These right here are the secret to finding Rick Hunter.

or watching Lynn Minmei take a shower, on second thought it'd be best if we left that thought alone XD

The binoculars mode looks perfect in Robotech colors, but the Gobots version has those funky stickers on the chest and head recess... somehow, this toy is starting to look pretty attractive to me...