Lately I have been trying to track down the original toys that were used in the “Convertors” line of toys in the 80s. The Convertors were a cheaper competitor to Hasbro's Transformers and Mattel's Gobots. But these toys weren't knockoffs. Like the Transformers, the Convertors were assembled from various toy lines from Japan. But instead of being high-end toys, the Converters consisted of cheaper toys from Takatoku as well as off-brand toys from manufacturers like Select and Mark. It's really a fascinating toy line that still holds many mysteries. 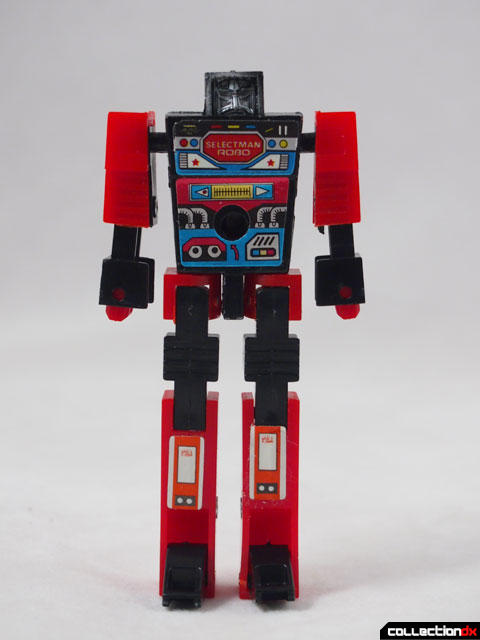 This toy is the Super Mechanic Walkman Robo by Mark. It's part of a toy line called Gokin Robo which mainly consists of everyday items that transform into robots, with small amounts of metal. In the US, this was sold as simply WALKMAN from the SPIES subset of the CONVERTORS line. Many people also call this toy “Selectman Robo” due to the name being on the chest of the robo. Adding a layer to the confusion “Select” was the name of the company that sold the Convertors in the US. I always thought that Select was a company that came after Mark and distributed the toys in the states, but perhaps I was wrong? The mystery deepens. 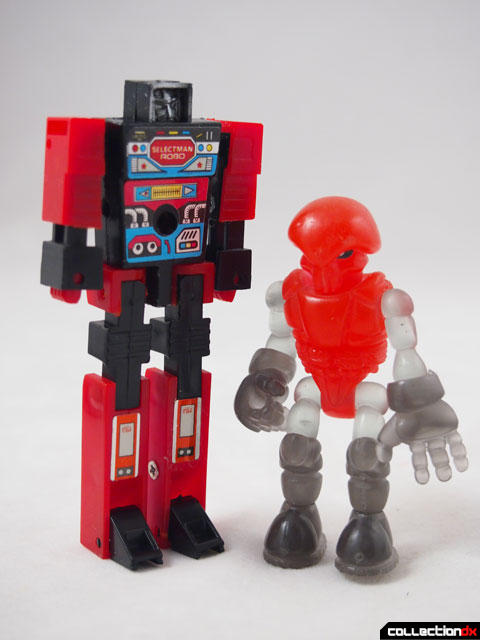 Anway, Walkman Robo came packaged two ways – on a card and in a box. The boxed version is the cooler of the two but the carded version is harder to find. 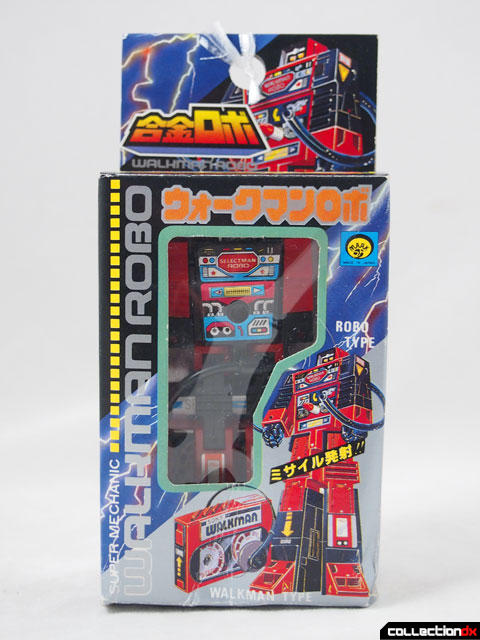 The box features some great graphics on all sides, with the back featuring the instructions punctuated with sound effects such as “Zun” “Gu-n”, and “Zoom”. 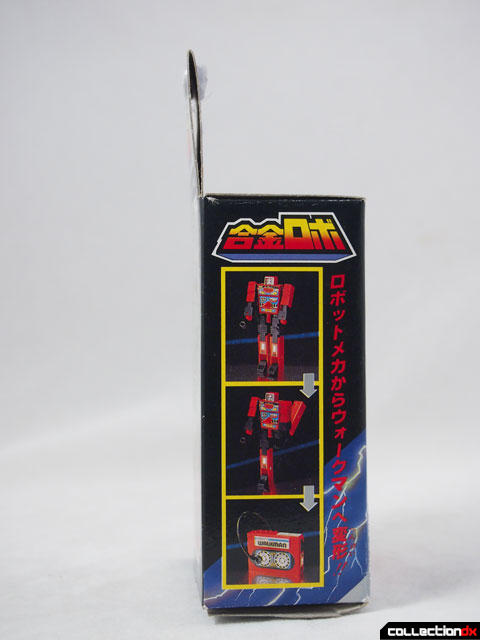 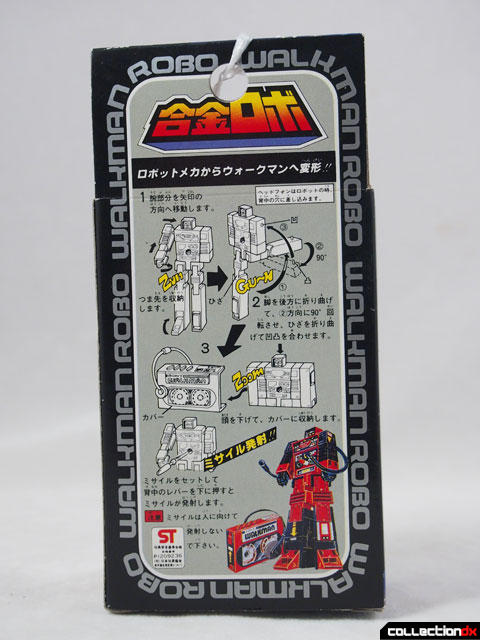 Inside, the toy rests in a great Styrofoam tray. 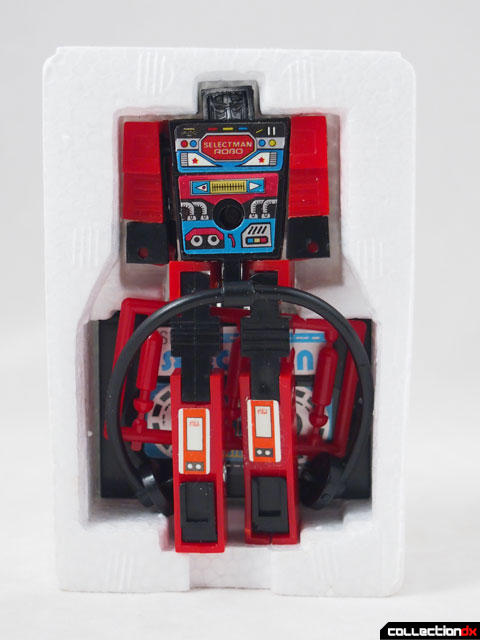 Accessories include the robot, headphones, cassette cover and missiles. That's right missiles. That's the one major change between the US and Japanese releases. The US version left out the missiles, likely for safety reasons. 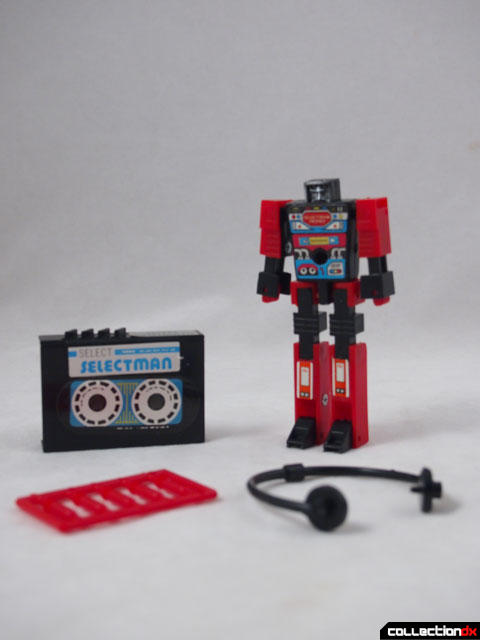 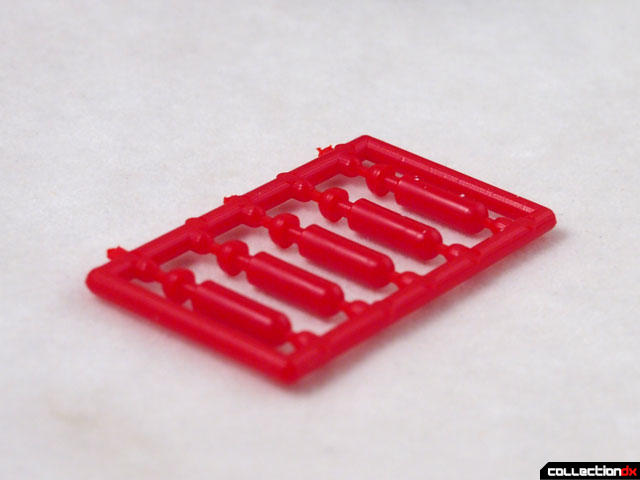 The robot itself is blocky with limited articulation. The head is ugly as sin. 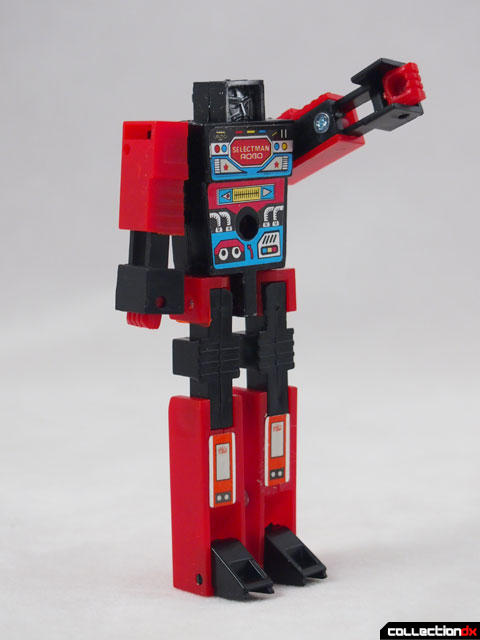 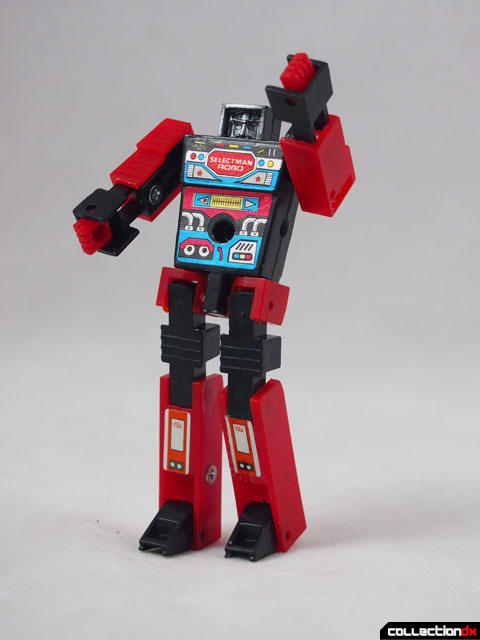 The chest is metal, and features the missile firing gimmick. 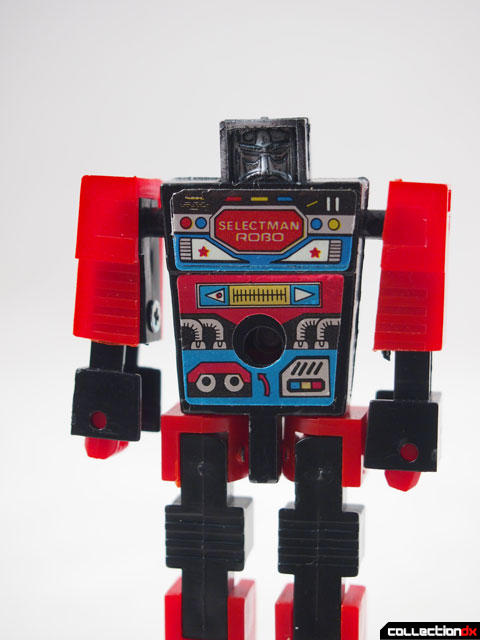 The headphones are actually two separate parts that can be attached to the back of the robot and then point out from the sides. The connection is a tight fit. 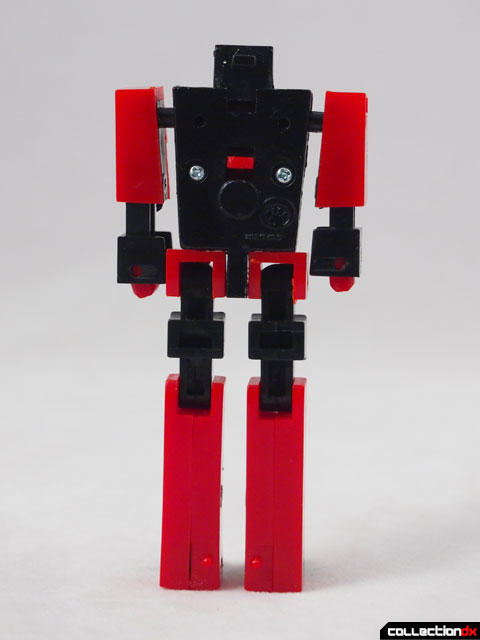 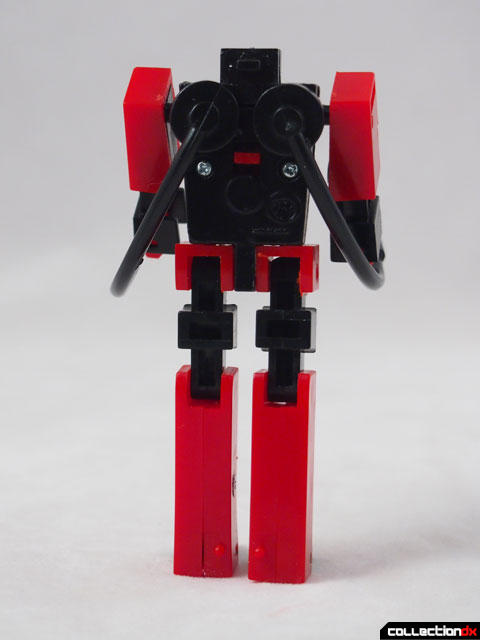 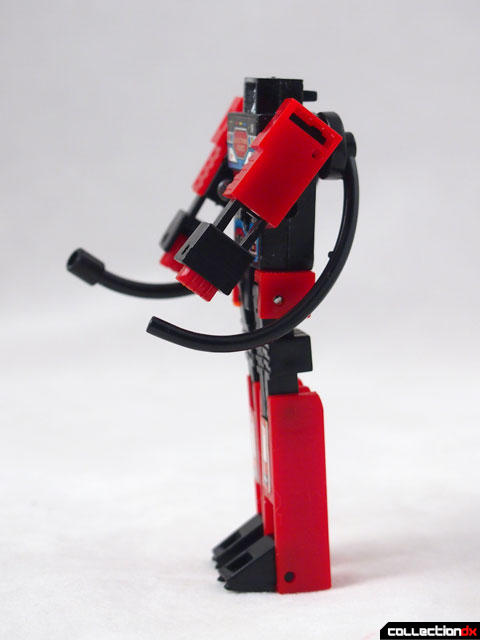 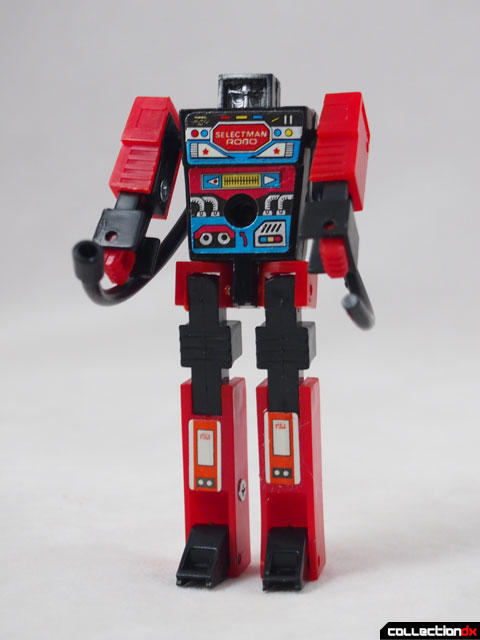 The real draw here is the transformation into cassette mode. It folds up reasonably well with some interesting robo-origami. 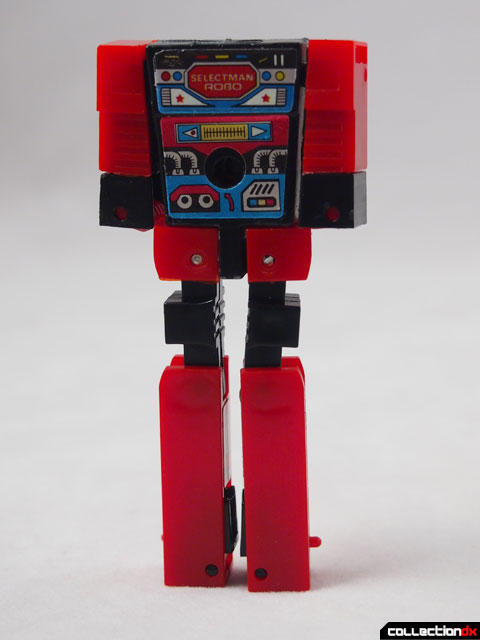 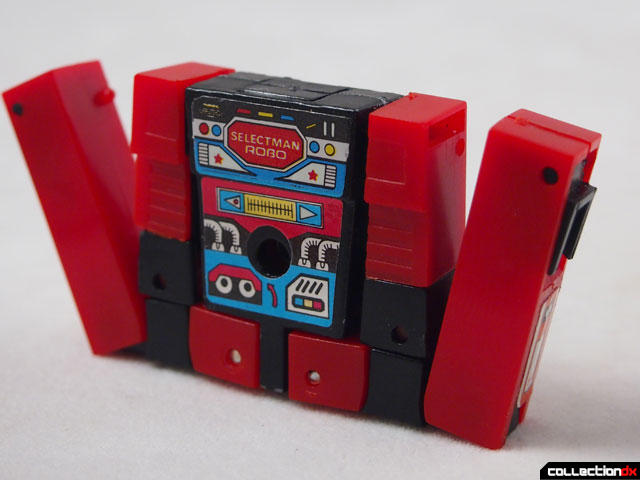 What's interesting to me though is that the transformed robot is just an anonymous block. It isn't until you add the outer cassette covering that it resembles a Walkman (albeit at ¼ the size). Yes, it is a cheat, but for a cheap toy it is what it is. The headphones reconnect and do not in any way attach to the player. 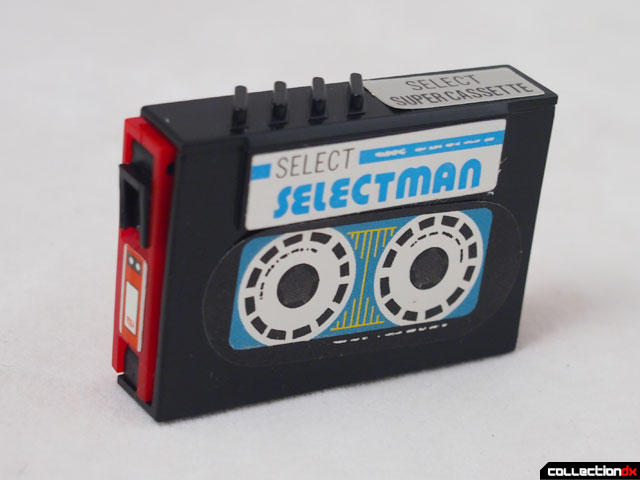 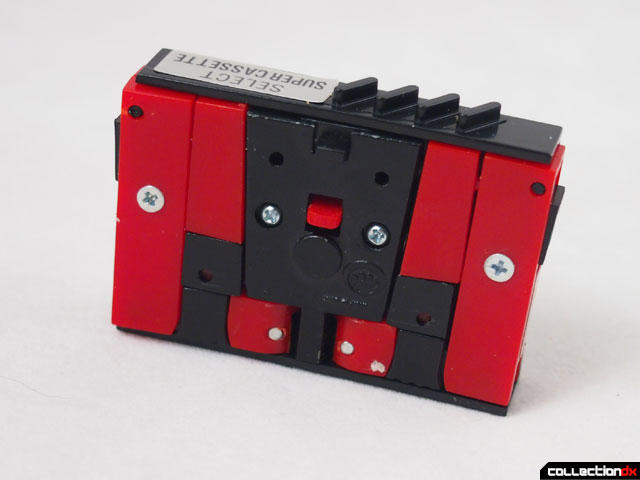 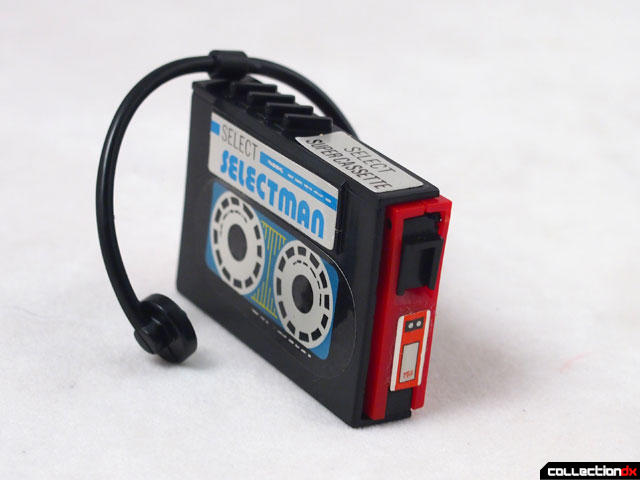 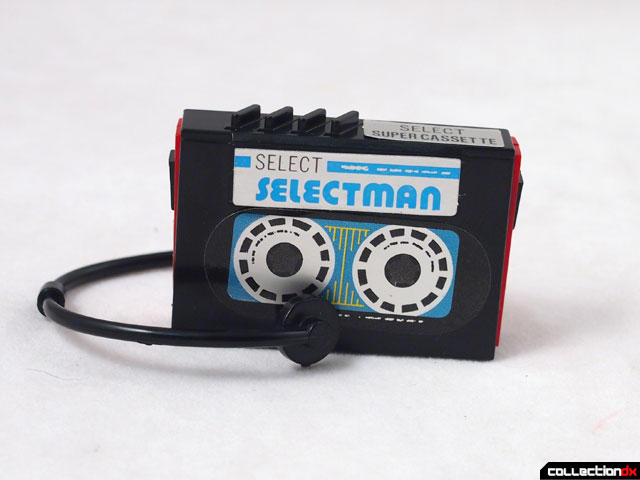 It's a neat little cultural oddity from an era whose time has come and gone. At one time Japan had a love with stereo equipment, and even brought the world the first personal music player in the Walkman. These music players have gotten several toys made of them over the years (Soundwave, Blaster, Composensei, etc..) but now the tech is relegated to hipster fetishes. As Takara continues to try to find ways to modernize Soundwave, I find comfort that Walkman Robo is effectively trapped in time, never to be re-imagined as an orbiting satellite or other such nonsense.

4 comments posted
I have the Convertors one. I

I have the Convertors one. I use to think the face had a mustache.

I think I NEED a T-shirt of the box art for this toy. Come on,Hot Topic!!!!! This sounds stupid but I love,love,LOVE this old style of not-really-anime-but-Japanese robot painting from the boxes of that era.

Also,"LOL" is an overused acronym but I literally laughed out loud when I read his face was "ugly as sin."

I've had one of these for years, but never knew what it was until today. It came in a lot with a bunch of other off-brand figures, and was only the robot/anonymous block. So thanks for clearing up that little mystery!

Fantastic, but it doesn't look like a Walkman at all, more like a jukebox or pinball machine?
+555