This is one of those curiosities that you come across when you are collecting a specific character. When a company licenses its products, sometimes it is hard to keep track of everything that gets produced. While most products must go through a rigorous approval system, some always seem to fall through the cracks.

Such is the case with this Voltron Water Rocket. The water rocket was a popular cheap toy in the 80s that never functioned quite right. The idea behind it is that you fill the rocket with water, and then pump in air to pressurize the rocket. You can then release the latch, and in theory, the rocket shot off. Most of these toys (at least the ones I had), however, broke after the first use. 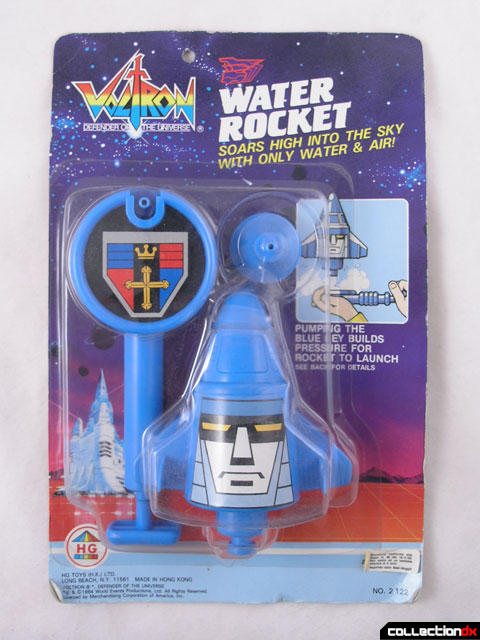 This is an unusual piece for a few reasons. For one, Voltron 1 didn't get as much merchandise as Voltron 3 (aka lion Voltron). This holds especially true for Ephemera - there is precious little out there for this character. 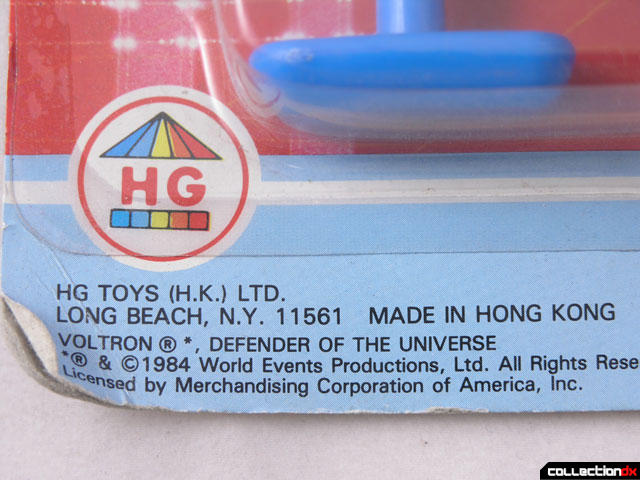 I've never heard of the Manufacturer, HG Toys. It looks like they were a Hong Kong-based novelty company with offices in Long Beach, New York. While the package is all in English, this package has an import sticker written in Italian, showing it was imported to Italy by a company called Suci Muggio. This toy has gone on quite a journey to end up in my collection. 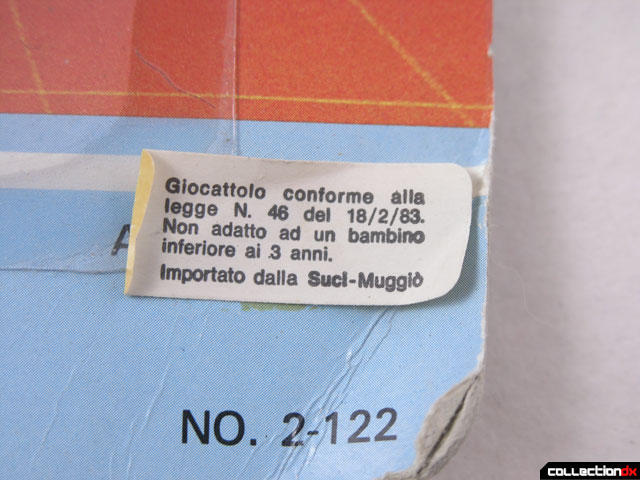 As to the review of this toy, well... I never took it out of the package. How would I display it? It looks pretty good as it is. 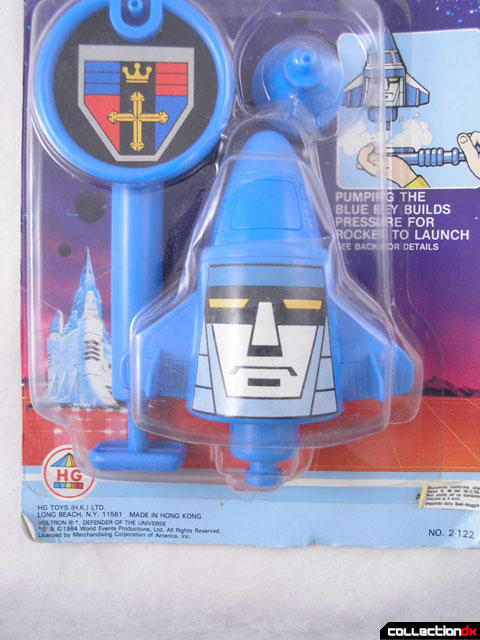 The toy is packaged on a blister card, with the head of Voltron 1 being the rocket, and a key from Voltron 3 being the launcher. The backing card also has a picture of the Castle of Lions, from Voltron 3. 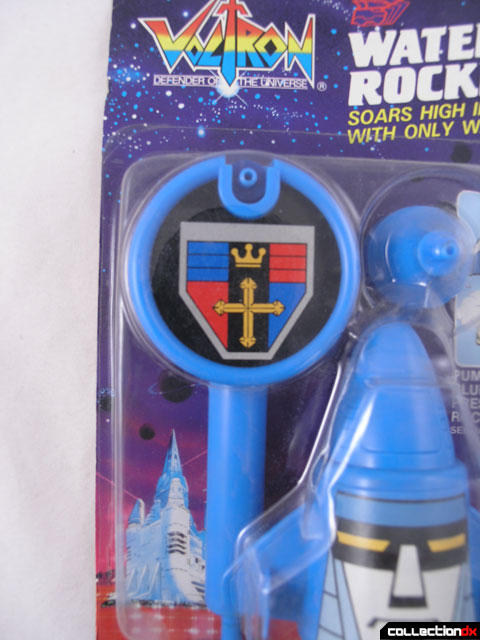 The back of the card features black and white step-by-step instructions on how to launch the rocket. 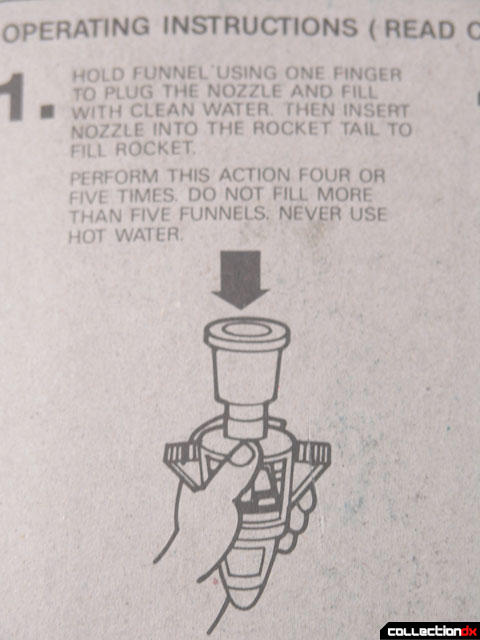 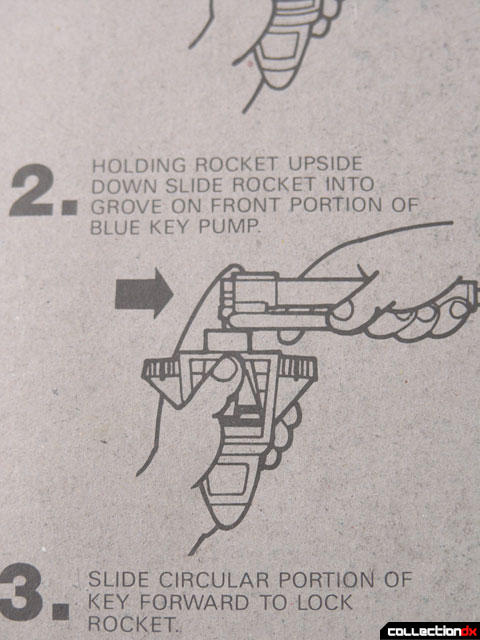 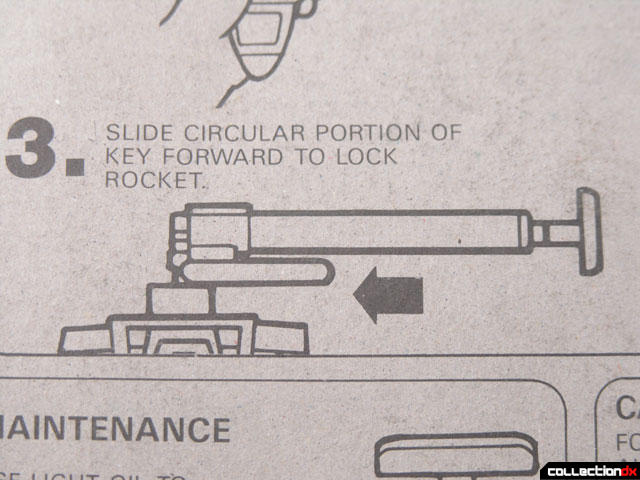 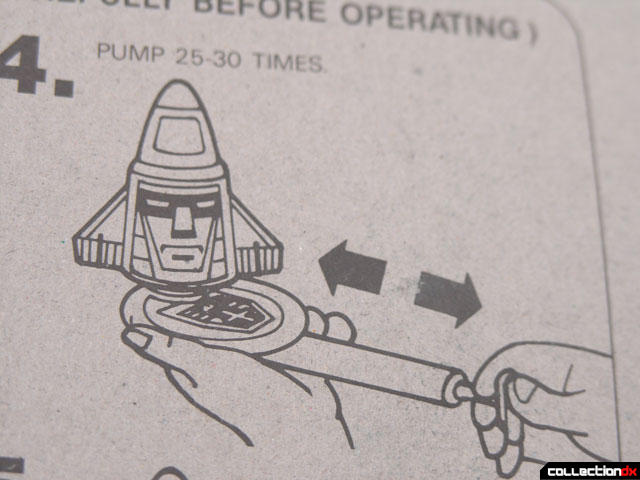 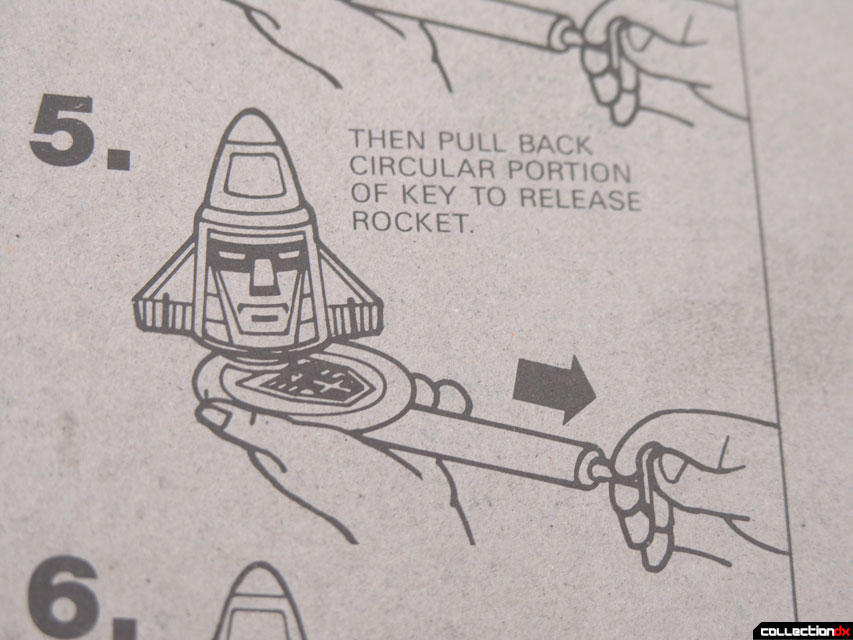 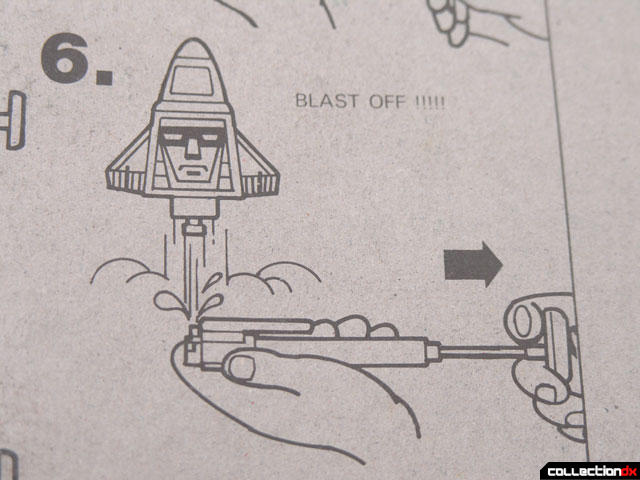 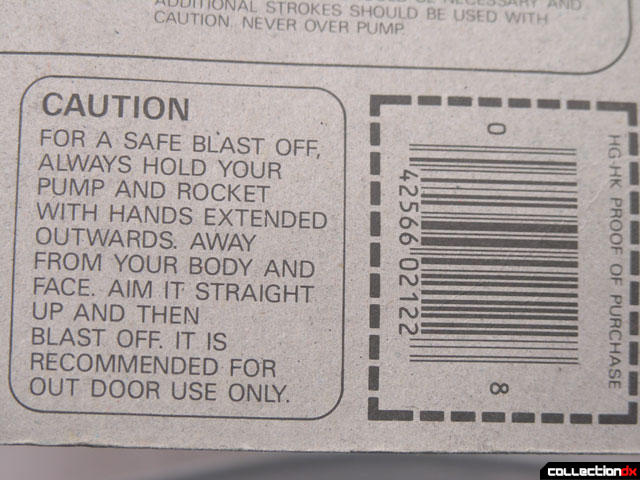 10 comments posted
This may be the unhappiest

This may be the unhappiest looking water rocket ever.

it looks a combination of pissed sad and generally unhappy

I WANT THIS IN MY PANTS

AND ON A JUMBO BODY

I agree with the second part, as long as it maintained its water-powered flight capabilities.

The unhappy face makes it look more like a conehead jet from G1 Transformers.

Super cool review! I totally forgot about these water rockets, they were awful! Looking back isn't the water a bit redundant? Couldn't they just do the same thing with compressed air?! They would sell us kids anything! LOl

I love the Jumbo appeal of the head, wish there was the rest of the body to go with it. I would be surprised if a Jumbo turns up with this "Rocket" in some far dusty corner of Korea or Italia!

HG Toys (Harret-Gilmar) was a long-time veteran of novelty toys based on licensed properties, going back to the 50's with things like puzzles, plastic gun and badge sets, and outdoor toys like this. These are sometimes known as "rack toys" since they are usually found on a rack in a supermarket or thrift store.

They went under in 1988, Voltron being among their final licenses.

I remember these things. Yeah, the package wasn't messing around when it said not to use hot water. Fun times in the hospital burn ward!

Any way that someone can post a picture of this on a jumbo body?