Voltron ruled 1984. Toys were made by Matchbox, Panosh Place and LJN, and everyone was cashing in on the craze. As with any fad, you get quality toys, and you get an assortment of junk. 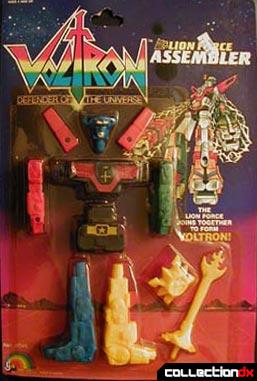 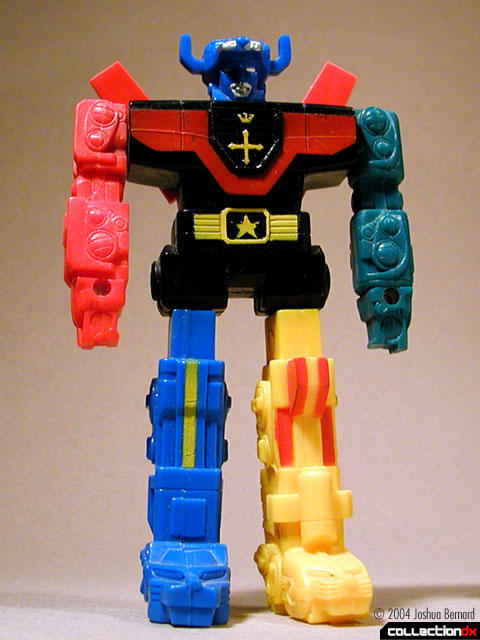 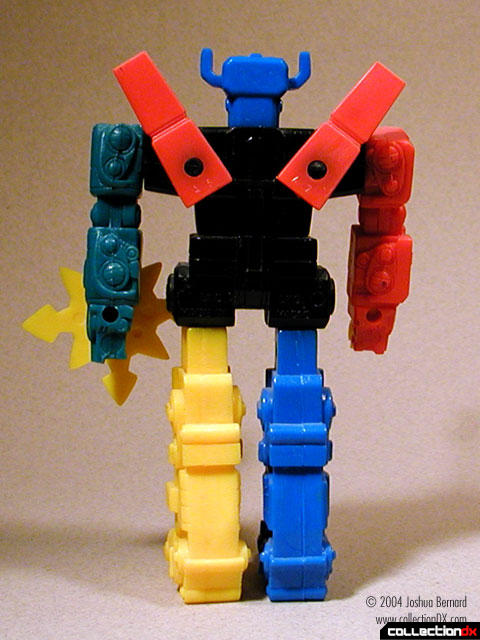 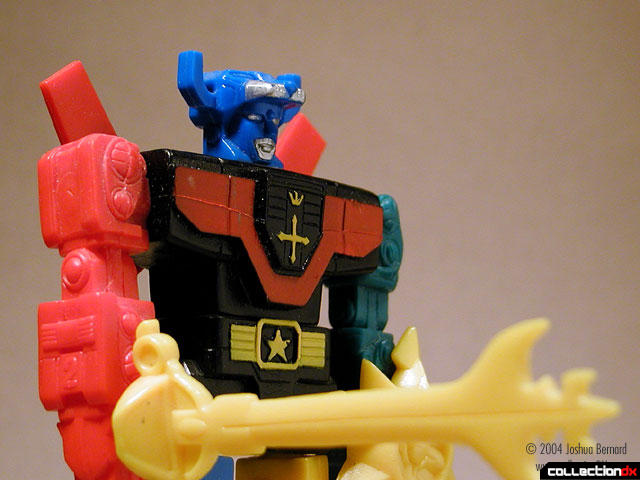 In the Junk category, LJN decided to release a set of rubber combining Voltron Lions called the Voltron Lion Force Assembler. The figure came on a card, disassembled, with a sword and shield. They also released one for Voltron 1. Once assembled, the toy is roughly the same size as the ST Voltron (about 6 inches). Despite its rubber construction, it's actually a pretty cool sculpt.

I don't have proof yet, but I have reason to believe that this is based on a Japanese toy. I have seen a Japanese version of the Voltron Vehicle Force Assembler on a Popy card, so I assume one will turn up for the Lion Force eventually.

Funny, when I looked at the photo of it carded the word "eraser" was the first thing that popped in my mind. Lo & behold, it really is made out of rubber!