Robot Car is one of countless others like it released it in the late 80s, early 90s. Somewhat remote-controlled cars that transformed - sort of. This toy uses the same transformation as a similar toy line that showed up at Kay-Bee in the 80s called Morph-O-Droids by Vector Intercontinental of Cleveland Ohio. 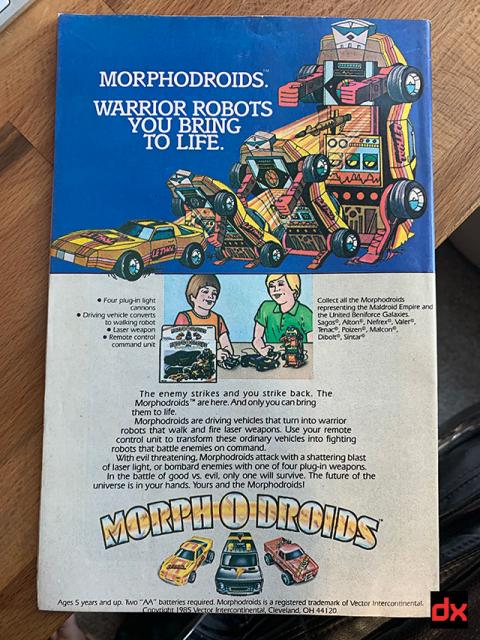 This particular iteration is simply called Robot Car. The gimmick is that it is controlled by a wired remote that enables the car to move forward or backward in car mode, or walk in robot mode. It can also SOMEWHAT transform from robot to car mode. This one is obviously some crappy Hong Kong off brand, but what grabbed my attention the most was the sticker on the remote. 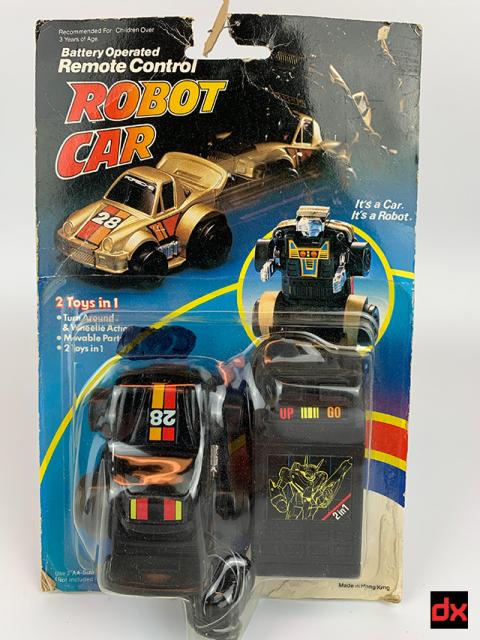 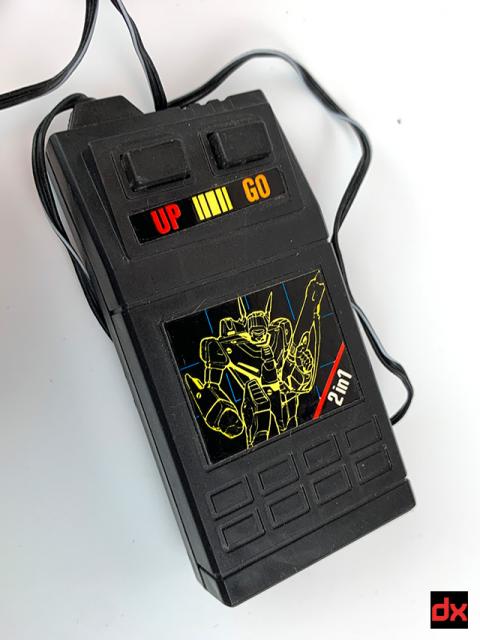 Yeah, that's a Valkyrie from Macross (or Veritch from Robotech, if you will). A sure sign of it's sketchiness. 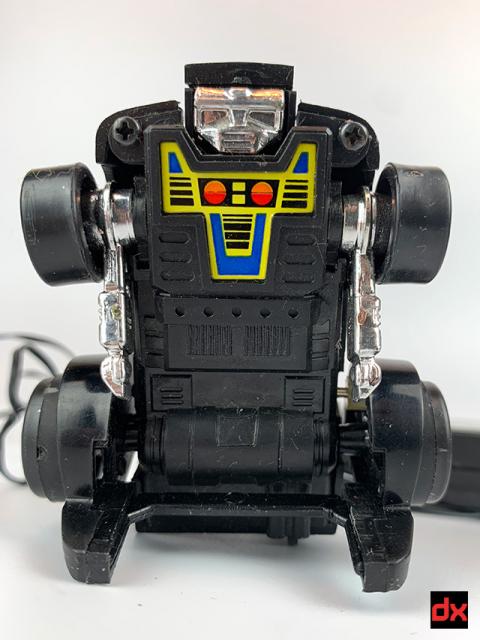 He's about 4 inches tall, and has sort of SD proportions. He's got some weight to him due to the mechanism, and the tires have rubber bands for traction. To get into robot mode you have to manually pull the supports down, and then the head pops up and the arms move out.

The walking mechanism is provided by the small wheel underneath. The wheel is off-center, and has an oval shape, so when it moves it looks like it's walking in a circle. 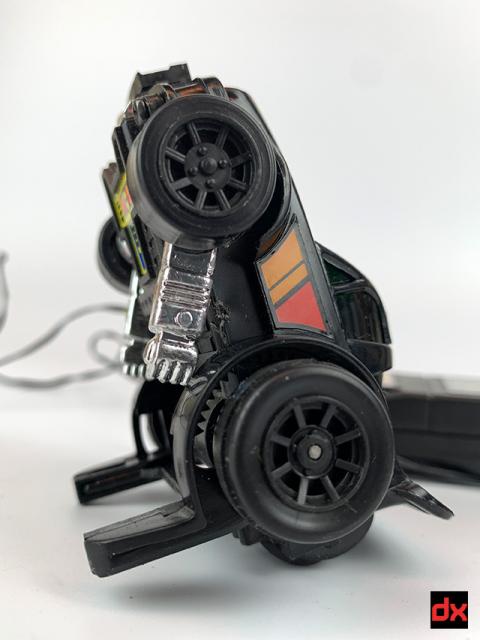 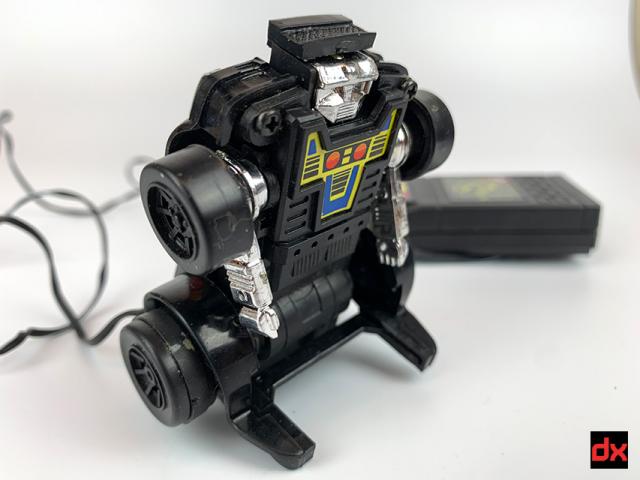 If you use the backwards direction in robot mode, the robot will lay down into car mode. The car is a cartoon-ish Porshe I believe. Totally unlicensed. 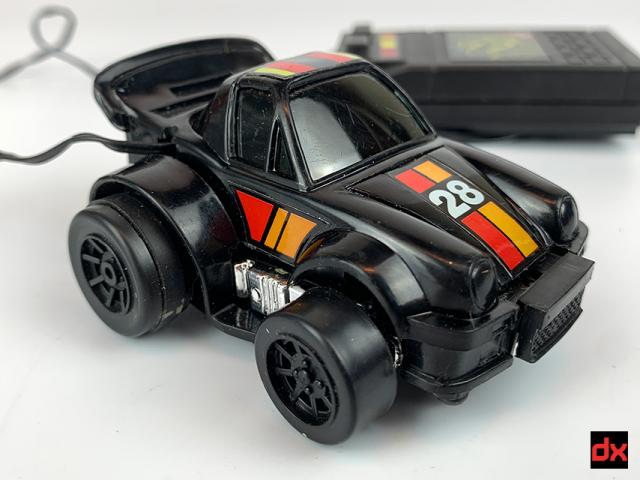 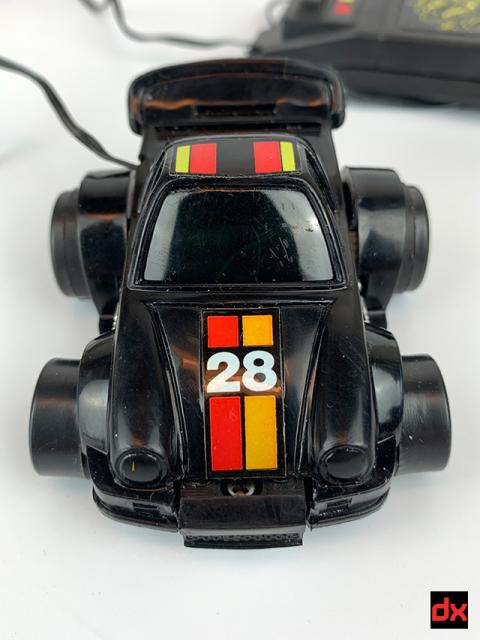 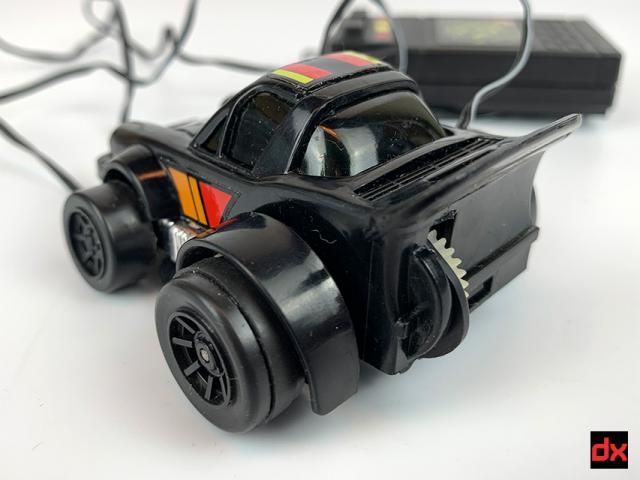 The car mode is decent, but the toy suffers from shoddy workmanship and an overall bootleg feel. The cord gets in the way often due to it's very long length, and it's super noisy. It's only real value is its "I had that!" nostalgia.