The early 80s was a wild time for toys. With the robot boom in full swing, every company was trying to get their piece of the pie. Not only were the big companies knee-deep in licenses and imports from Japan, but smaller cheapo toys were trying to get their share as well. Sometimes they re-released legitimate toys, such as the Convertors by Select, but most often, they were brazen bootlegs.

But sometimes you get things like the Robochange 4 in 1 Galaxy Converter. The company Bilco took an existing toy, modified it, and released it as something different.

In this case, the original toy was the Yonezawa Daijim, and you can see a more faithful knockoff here. Let's look at a comparison to see what we are working with.

Daijim on the left, Galaxy Converter on the right. 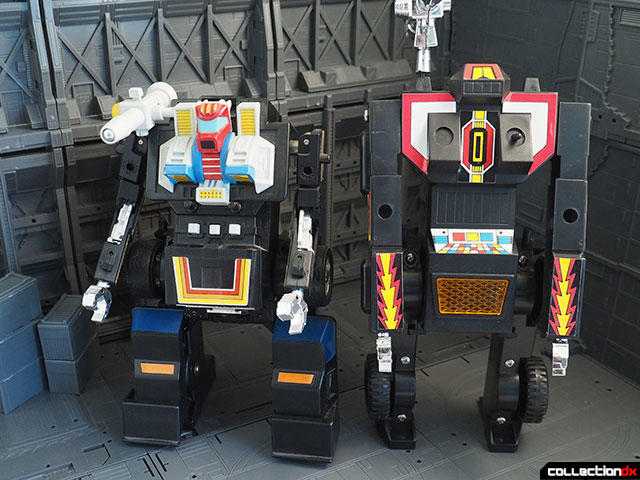 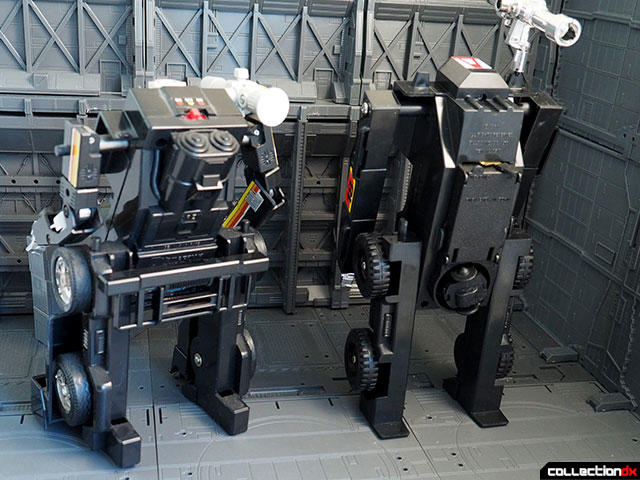 You can see that they clearly based their design on the original, and on the legs, some of the small details are actually identical. But they are entirely different molds.

The box is pretty spectacular. It's got the laser grid pattern that every good knockoff had at the time, lots of loud declarations of action features, and just enough Engrish to let you know that this isn't entirely legit. The header tab is almost as big as the box for some reason. 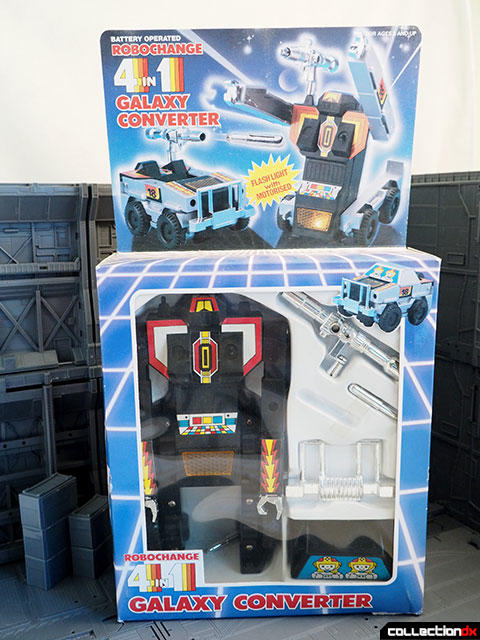 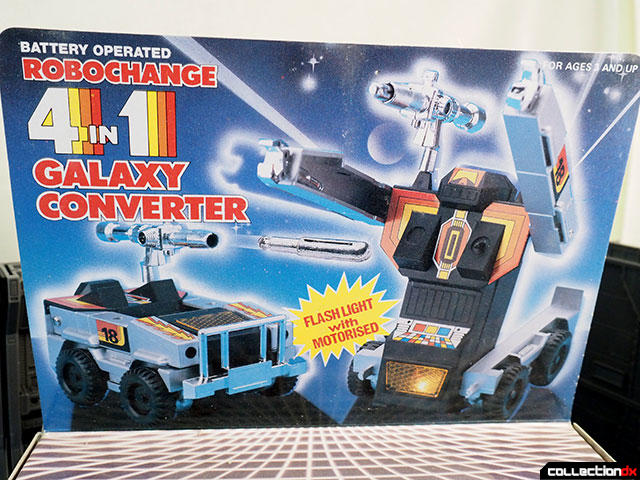 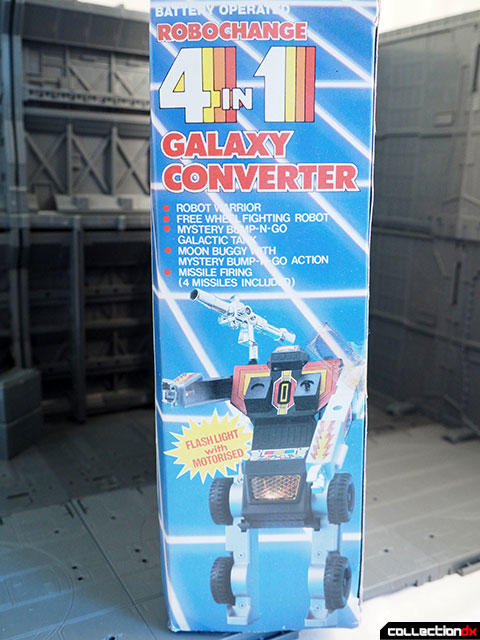 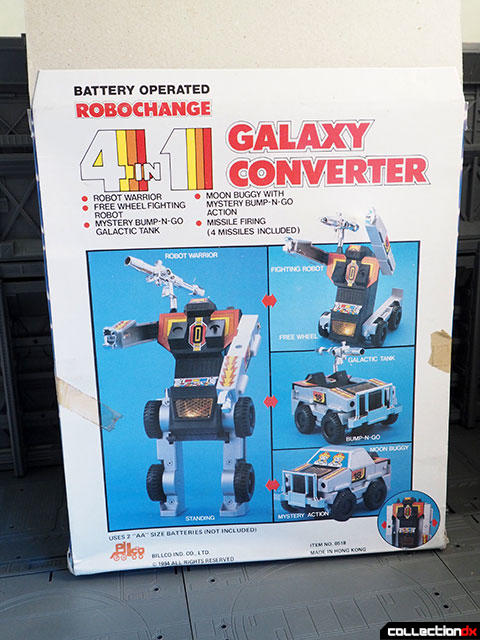 Inside, the tray is super flimsy and brittle. While the box is case fresh, the tray has not fared so well.

The first mode is ROBOT WARRIOR. 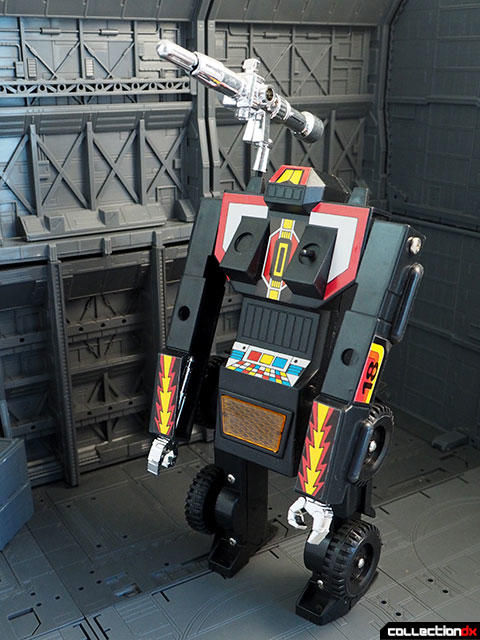 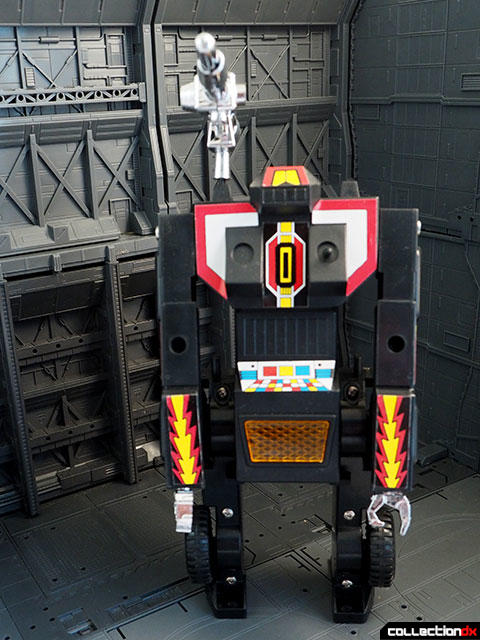 The toy stands about 9" tall and is made out of sturdy plastic. Most of the details are stickers.

The head is not great. it does not turn or do anything much really. 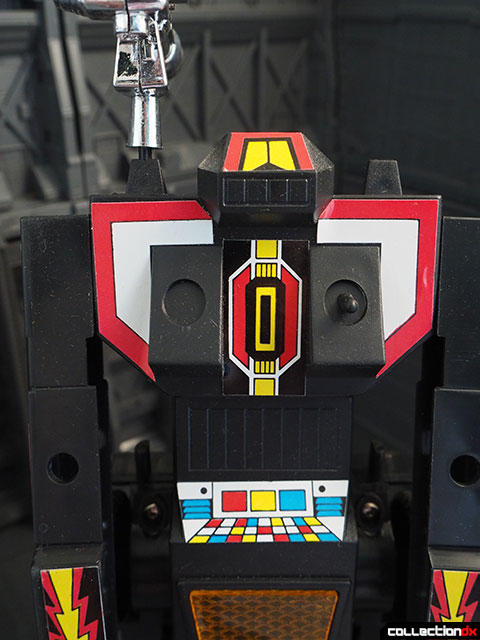 The arms swivel up and down, and there are no elbow joints. The hands are held in place with friction. With the original toy, the arms were missile launchers, so the hands were held in place like missiles. Since no mechanism like that exists in this version, the hands just sort of insert. 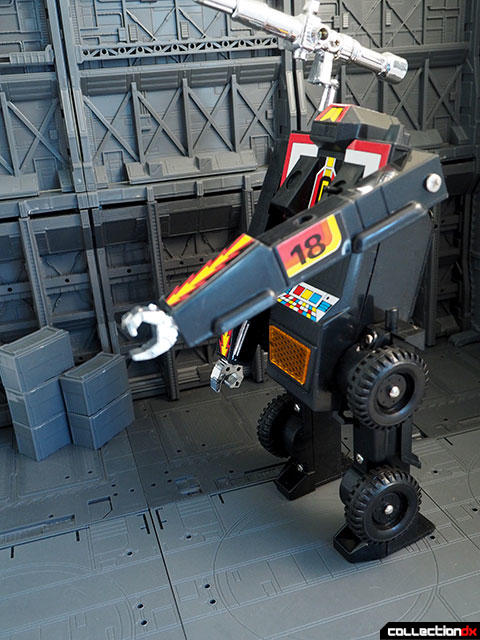 Also, note that there are two of the same hands - no separate right and left hands. 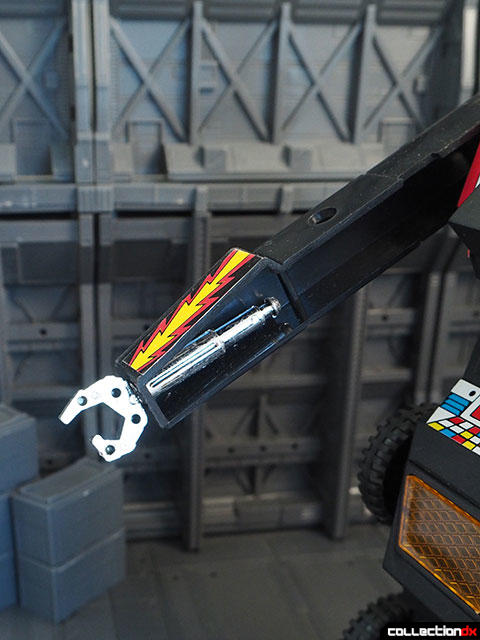 The back is simple, it has all the copyright info, and you can see the bump and go wheel assembly. This feature is new to this version of the toy. The back panel opens up and you can insert two AA batteries. In robot mode, only the light and sound function work. The sound is just the motor running, but I thought I would mention it. 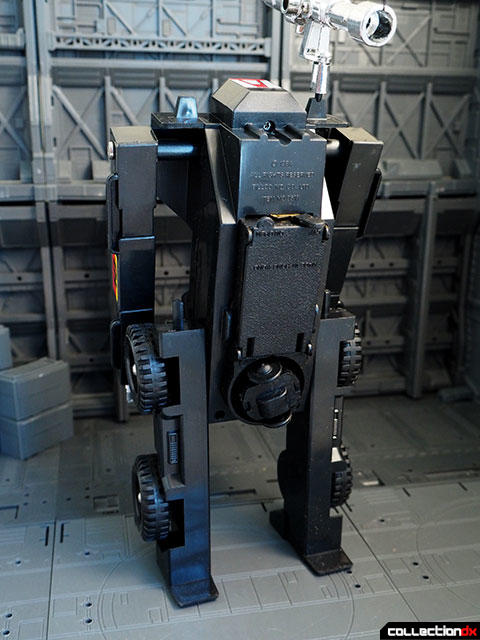 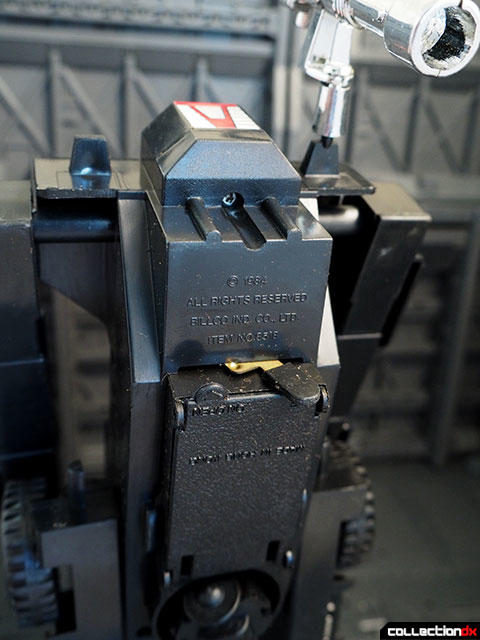 For FIGHTING ROBOT mode, just sort of make it sit. That's about all. 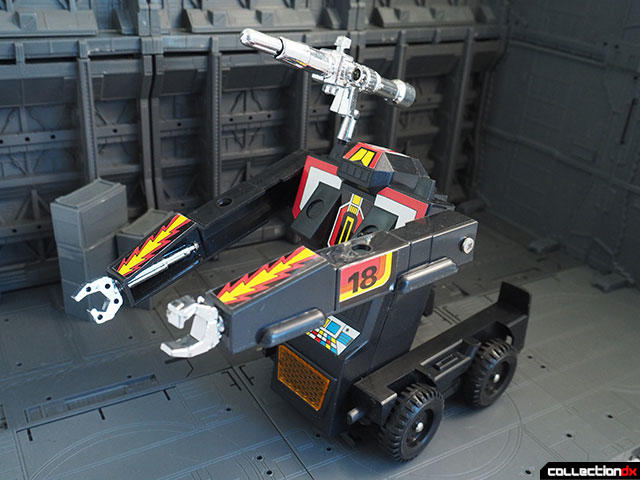 For GALACTIC TANK mode, just push the legs back into the body and make a car. Put the gun that was on the head, on the top of the car, and that's it. The gun is also the same one that came with the original toy, and it has a weak shooting action. For this version, they have added a bit to the bottom of the gun so that it can plug in differently. Oh and plug in the chrome grill. 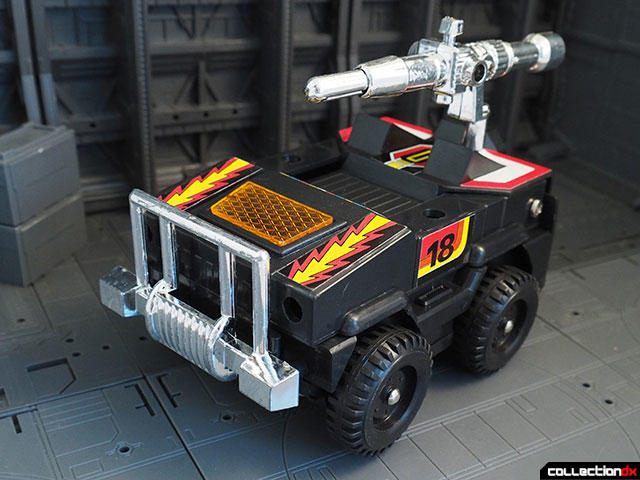 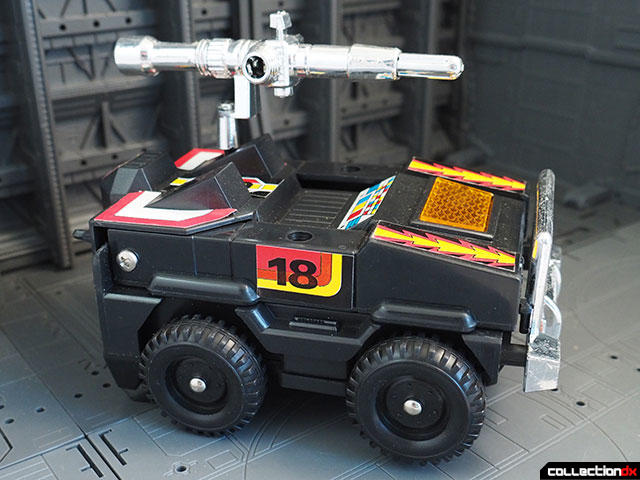 Finally, we have MOON BUGGY which eliminates the gun and adds a roof with stickers of drivers on it. 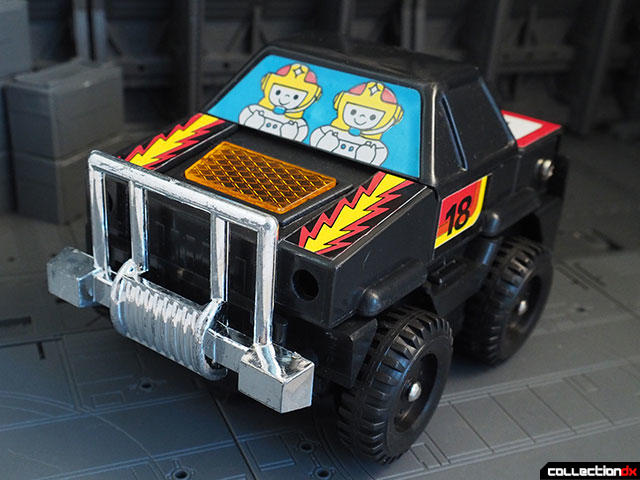 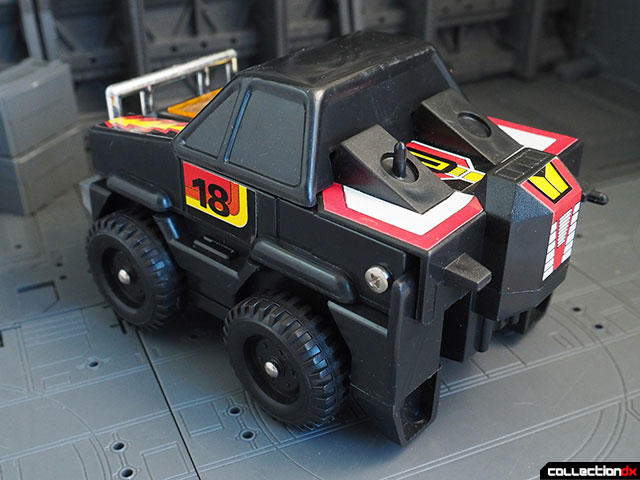 You can still add the gun on the back if you want. 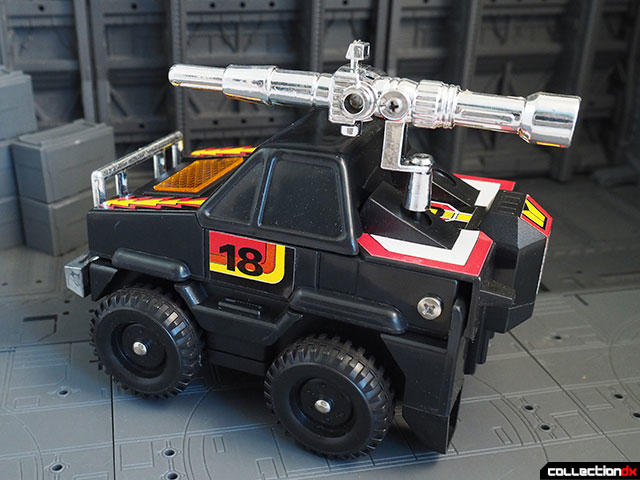 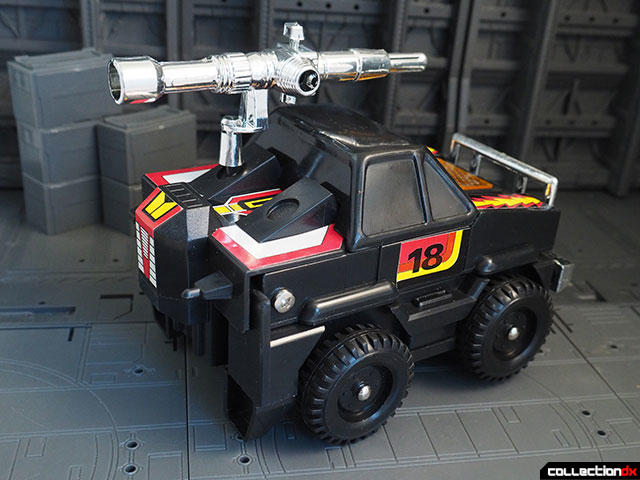 It's in this mode that you can use the bump and go action and let it create noisy chaos. It's fun but it's hard to imagine this keeping kids occupied. 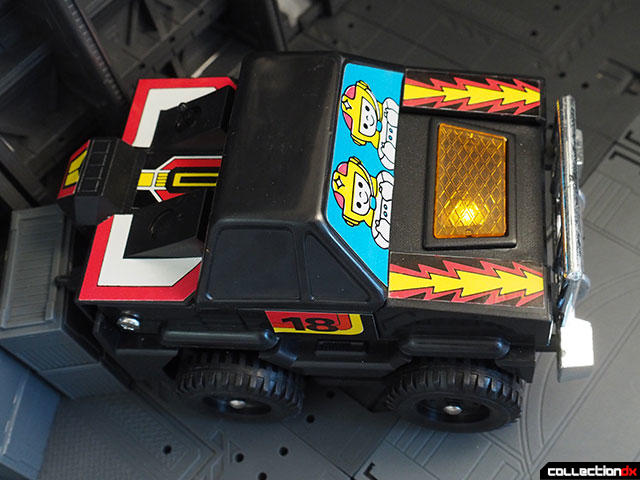 I took the following picture to show the differences between the molds, but it really just looks like one robot trying to grab another robot's butt. 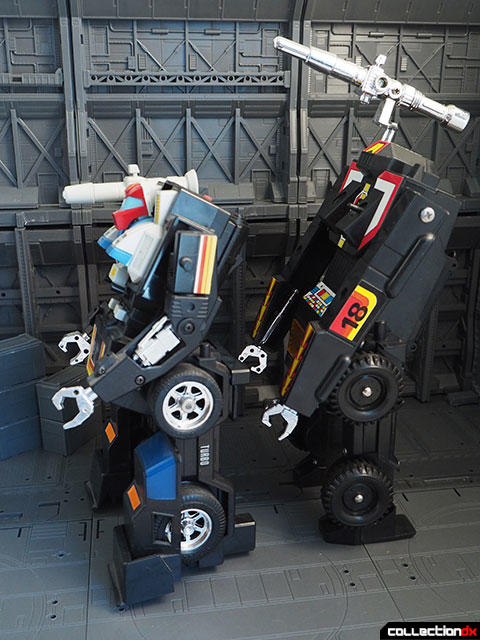 Probably the best part of this purchase was actually finding this in the wild at a flea market, case-fresh after 34 years. I spent ten dollars on it and have no regrets.

Back in August 1989 when I was four years old I got this toy on holiday in England from Woolworths.

Although my version oif the toy had grey arms and legs like the picture on the box.

Very fun toy that I kept for many years and joined in on many epic Transformers battles.

Thanks for posting a great review of this toy.

Although this toy always reminded me of was Thundercats, as that day in the shop I had the chance to get a Thundercats Driller figure but I decided to get the cool looking robot as I thought I would get Driller eventually another time.  Ironically Driller was the one Thundercats toy I never seen in any shop here in Northern Ireland.