During the height of the 80's transforming robot craze, Ideal attempted to re-inject itself into the to the game with the clumsy, disastrous Robo Force. Robo Force countered the detailed, intricate Transformers with the brute force of blocky throwback bricks with suction cups and Robby the Robot-inspired hose arms. Ideal went all-in, producing vehicles, a base, a phone, a programmable robot, etc. There was even an aborted cartoon tie-in. Predictably, the toys flopped.

As a connoisseur of the goofy and unloved, I find the breathtaking naivete of Robo Force charming. These are not great toys, but they are fun.

Vulgar is packaged in a typical Robo Force window box. 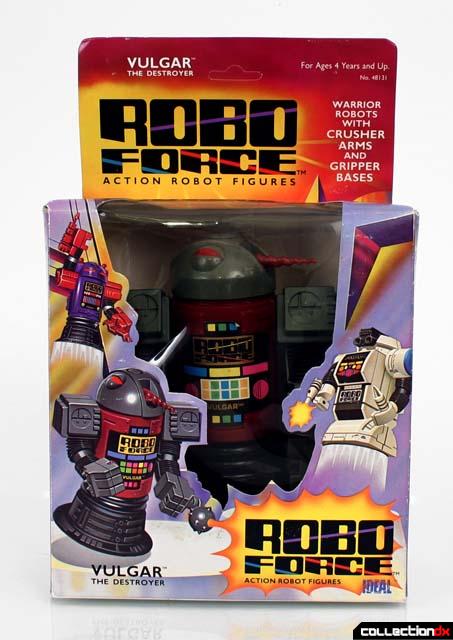 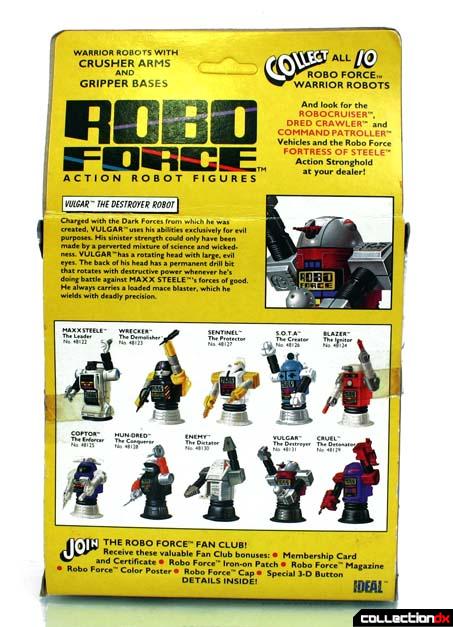 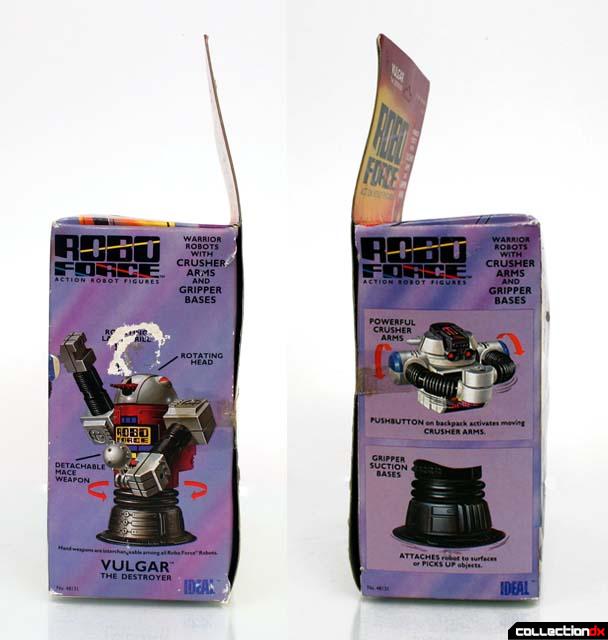 Accessories are spare. Vulgar comes with a mace. An instruction sheet and dorky Robo Force comic are included. 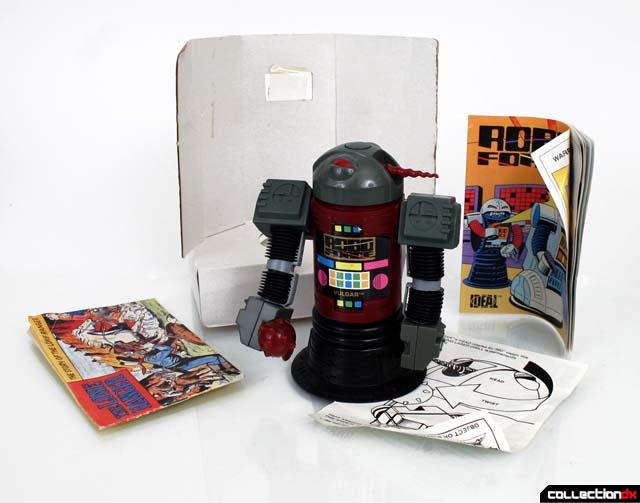 I was surprised to find a Lone Ranger comic included. Is there anything that would appeal less to a child in 1984 than the Lone Ranger? The cluelessness is astonishing.

Revealed, Vulgar in his bulky, awkward glory. All of these figures were samey and undistinguished. The molds are maybe 80-90% similar to one another. Vulgar boasts a rotating head and a silly horn protruding from his face. 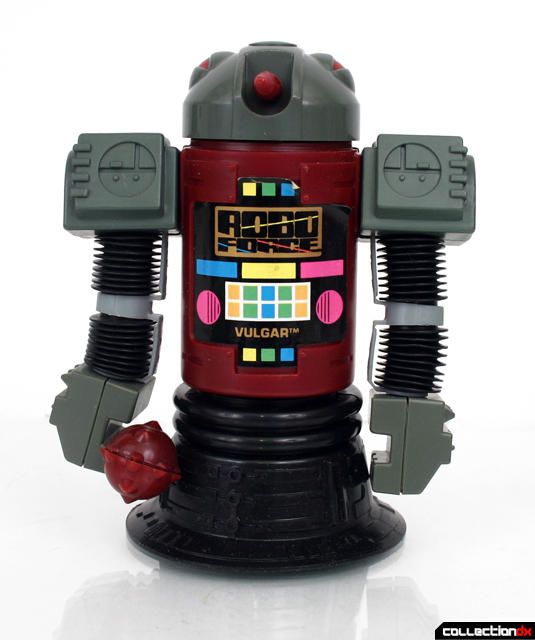 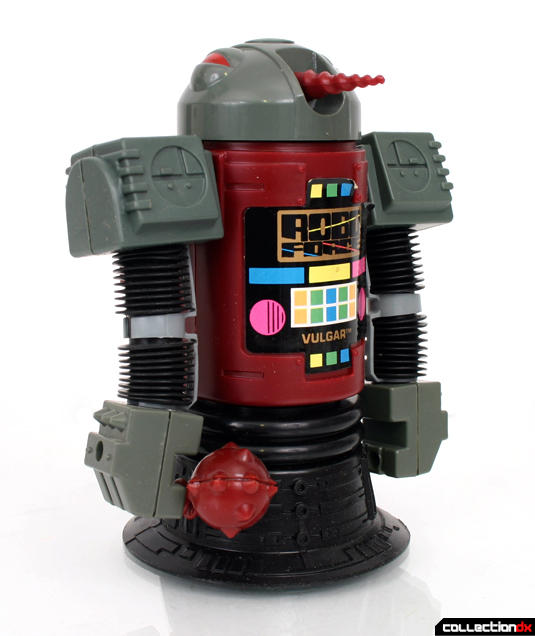 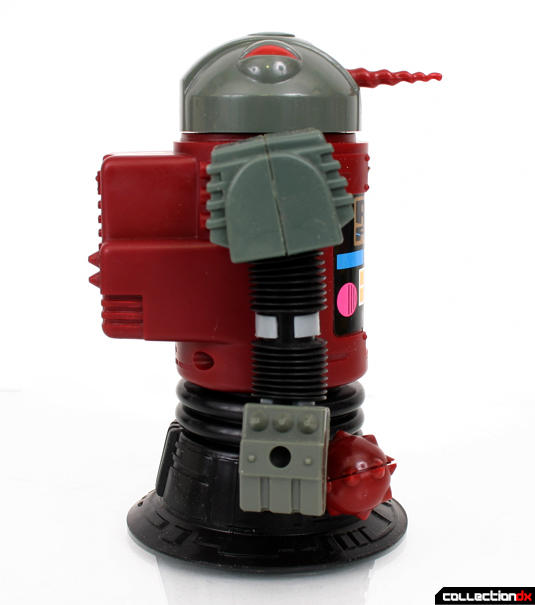 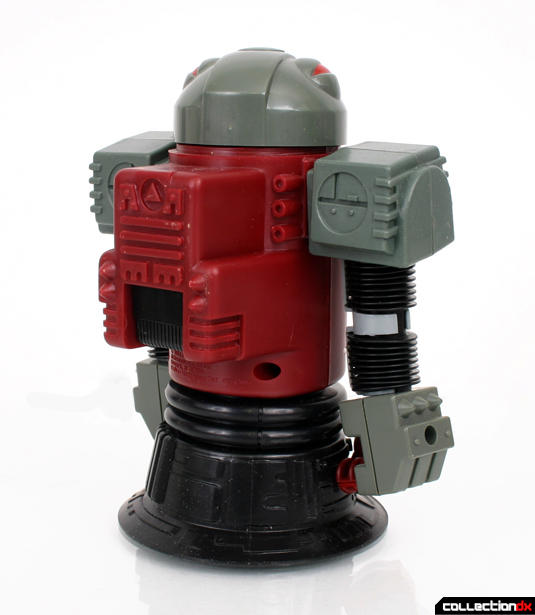 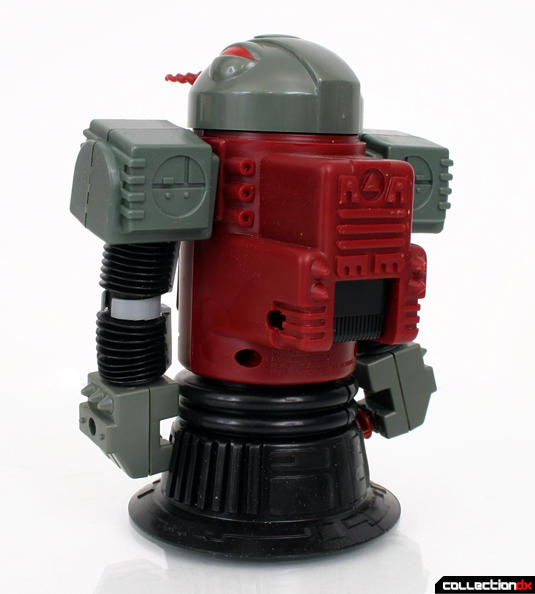 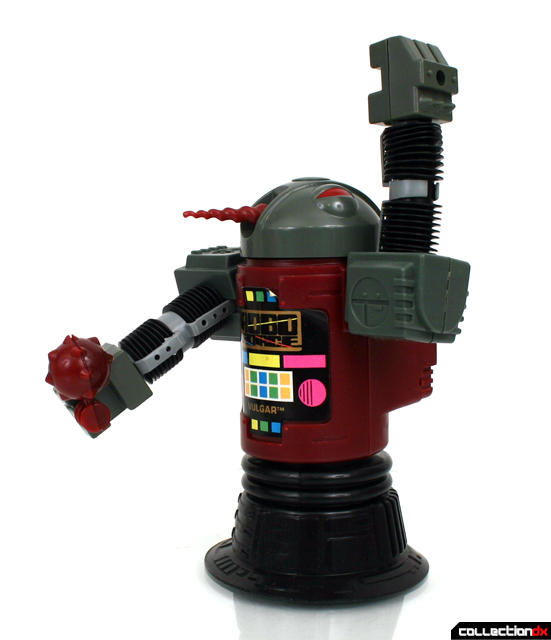 Robo Force figures utilized two gimmicks across the board: a suction cup base and hugging arm action.

I assure you I actually tipped the glass surface vertical for this photo, though I now realize I could've just photographed it from above to get the same effect. So yeah, it can grip to a surface for gripping type adventures. 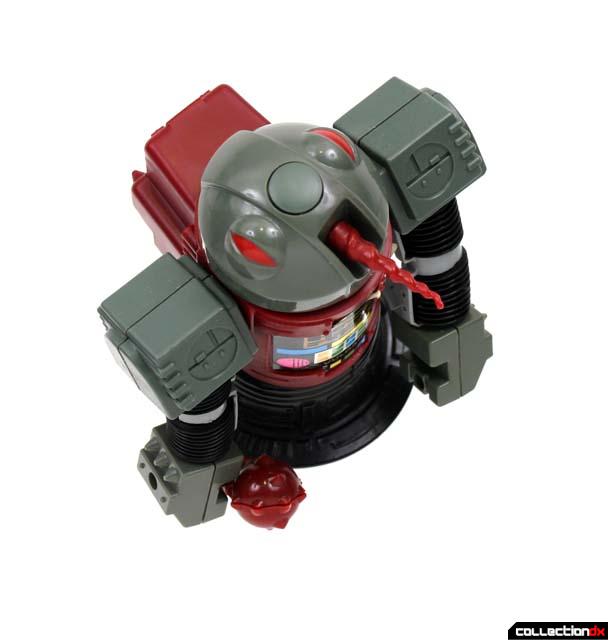 The huggy arms are activated by a button at the rear backpack section. I had to photograph this quickly, as the arms slowly un-hug for some reason. Perhaps the mechanism has worn out. 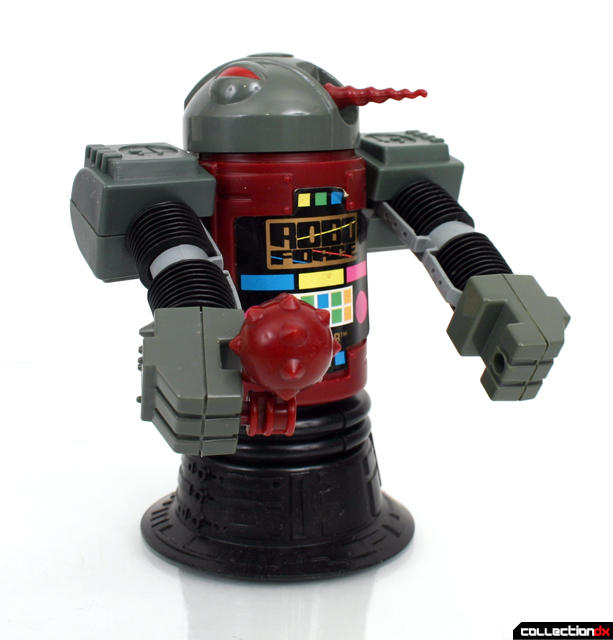 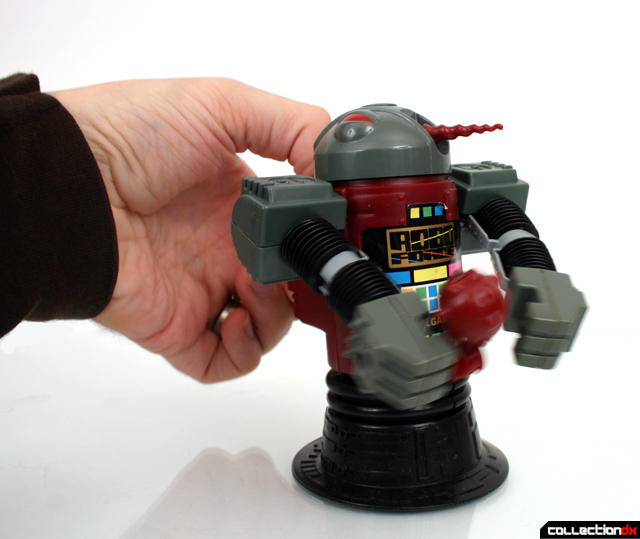 Vulgar and his companions are a conundrum, adrift from any time or place. They seem engineered to appeal to nobody. I happen to like their goofy, unprepossessing charm.

6 comments posted
I remember having a few of

I remember having a few of these guys. Sure though they weren't near as dynamic as my Transformers or Go-bots, my rampant imagination still made them pretty rad. As an adult collector im pretty hard to please, as a kid, it didn't take much for me to enjoy myself ;)

This is gorgeous. I love everything he stands for. I believe in Vulgar the Destroyer!

I remember getting this exact one as a kid. It doesn't seem so bad to me now, but back then I remember it getting a minimal amount of play and then tossing it to the bottom of the toy box. Once you have attempted to suction it to just about everything you can possibly think of within the first 5 minutes of opening the package, it looses it's appeal. Also, it just didn't compete with the other robot toys I had (Transformers, Micronauts, Star Wars)

Now as adult collector who collects more for nostalgia, it has a bit of appeal to me and I may attempt to pick one up in the future. Thanks for bringing back some memories. :)

Are you sure the lone ranger comic wasn't thrown in by a previous owner? I had 2 or 3 of these back in the day, and while the robo force comic looks familiar, I don't recall there being a lone ranger comic in any of mine. I had Wrecker, Coptor, and S.O.T.A.
I enjoyed them back in the day, although I had no idea what series they were from. I got them as holiday gifts, and it seemed like they just came out of left field.

These are like early versions of Z-bots. Matter of fact, I've seen some that looked exactly like some of the robots on the back of the package. Ancestors maybe? Lol.

Well meet me and be amazed: I was a boy to which these toys were made to appeal! Friggin' LOVED these guys, but I only had one. Copter, the first robot seen after the opening credits in the video. I used the heck out of that thing; I've always loved the boxy robot look. I wish I had more of 'em, honestly! I would love to get some of these guys even today. I'm assuming I never got any more due to thier rapid failure. Either that or I didn't know what to ask for, since I was born in 83 and by the time these were around I wouldn't have cared what you put in my hands so long as it was a robot.