More Japanese toys came over to the states in the 80s than most people realize. For every Hasbro Transformer there is an off-brand nameless robot that lives in the hazy recesses of memory.

Gakken was a big toymaker back in the day, and made some of the toys that would eventually appear in the Robotech line. But they also made other toys, focused on educational and school supplies. 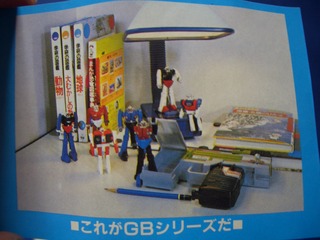 Penbot is one such robot. Originally sold in Japan as Ballpen Robot a part of the Gakken Boy's Series (学研ボーイズシリーズ), Penbot is one of a series of stationery themed robots that include pencil sharpeners, pens and erasers. 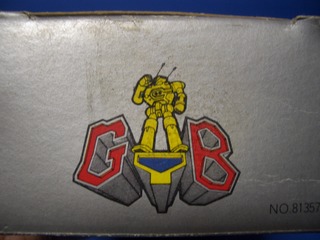 The robot has a very microman-like style to it with a chromed head and hard lines. The arms move a little, and the hands hold a gun which I don't have. 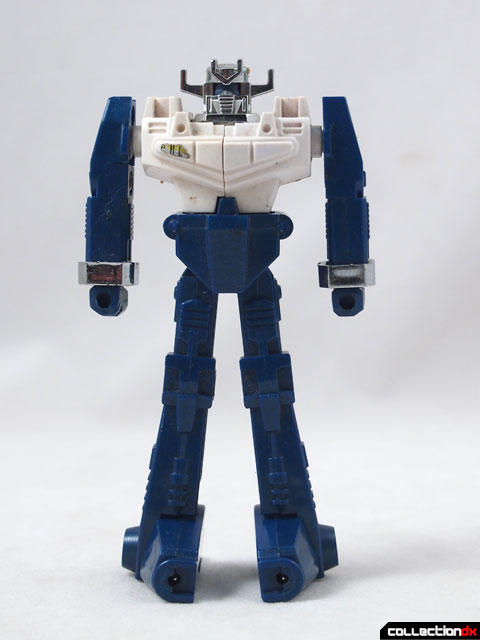 Overall, the robot mode is cool. 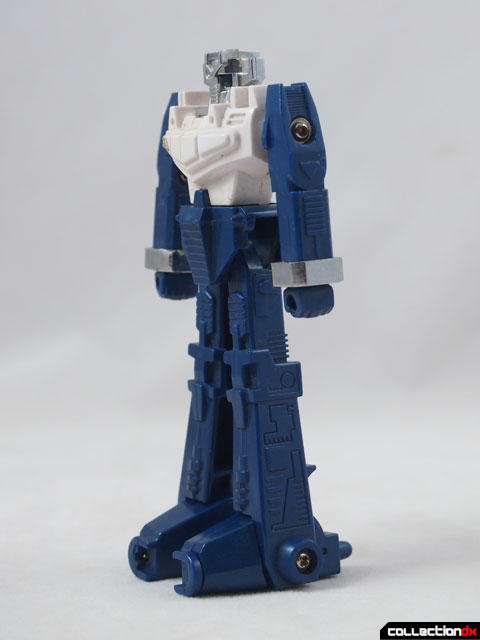 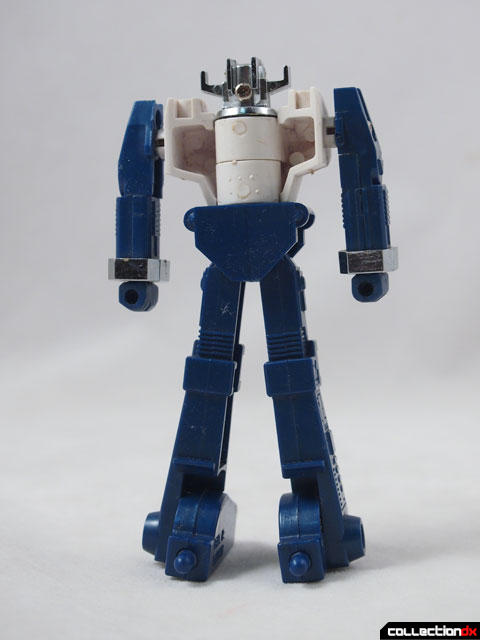 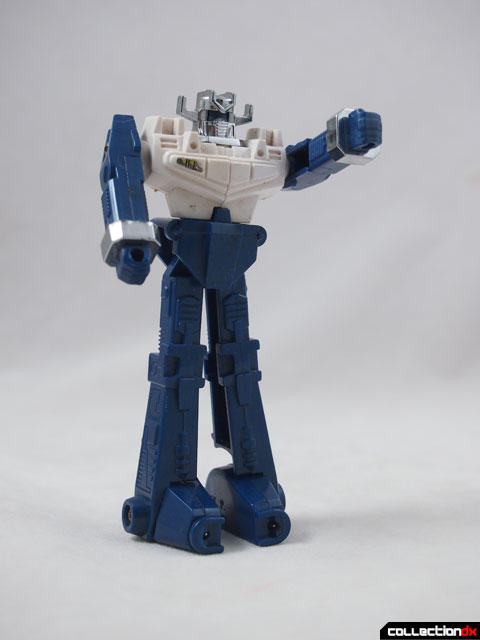 Pen mode is acheived by folding the chest in half and folding down the feet. It doesn't really resemble a pen, and it does not feel good in your hand. 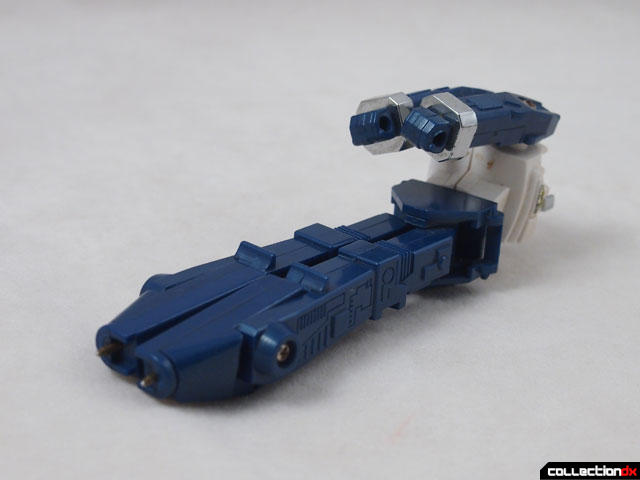 The ball-point tips come out of the feet once you bend the feet out. Unfortunately the ink has all dried up over the years. Good luck finding a refil. 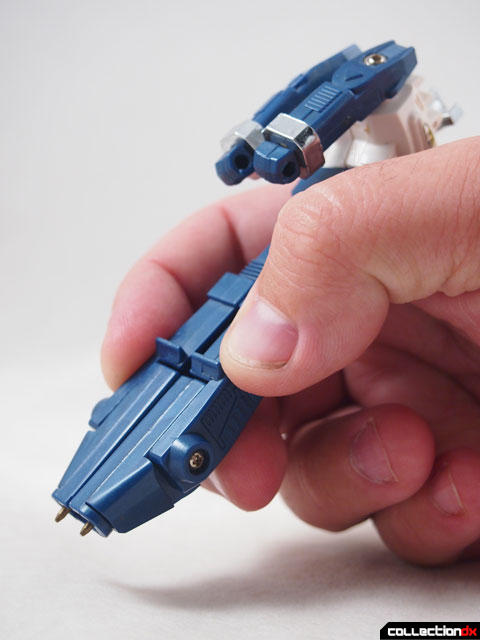 A few of these have appeared carded on ebay recently.

In the US, these were released by SELECT as part of the School Robot series. This one was named Ballpen Robot BYROS. 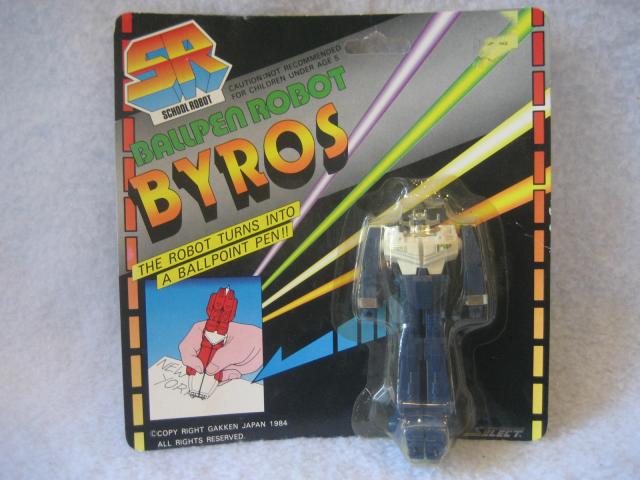 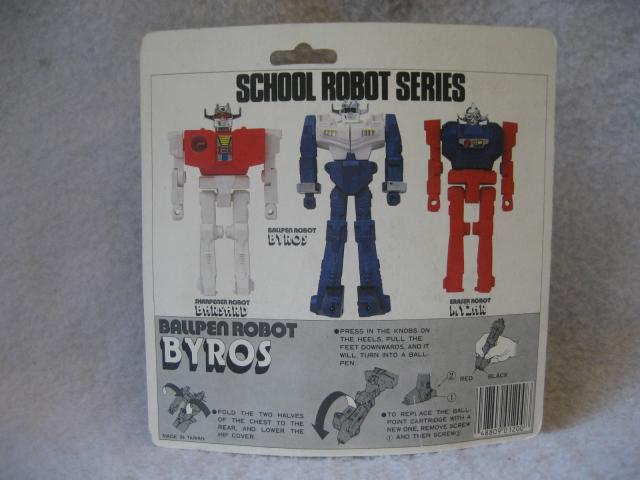 .. And can be a killer basis for any kind of star cruiser kitbash. By the way, I had an stationary robo back in the day, ´twas a G1 blaster bootleg with a camera lens instead of the cassette door, with all kinds of desktop stuff. This could go greatly with it, if i still had it.

I also have a pencil box which transform into a robot, it's like a playset for it.

I would think that writing with this would be hard because there are 2 pen tips.