This version of the Mugen Calibur is the mid-size version. Coming in at 1/72 scale, it's neither the small, cheap version, nor the Deluxe version that eventually became Transformers Roadbuster.

This one features diecast metal, but is non transformable. Due to the similarities in packaging people often confuse it with the larger version. Despite the non-transforming thing, it's still pretty awesome.

The box is classic Takatoku - which means it's beautiful. Textured cardboard, cut-out windows and detailed mockups. 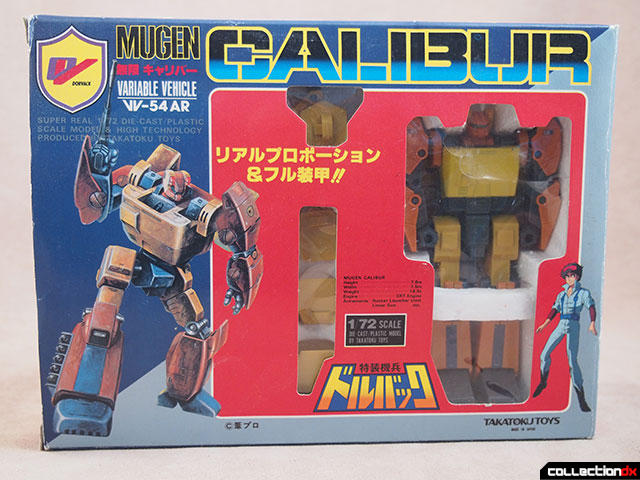 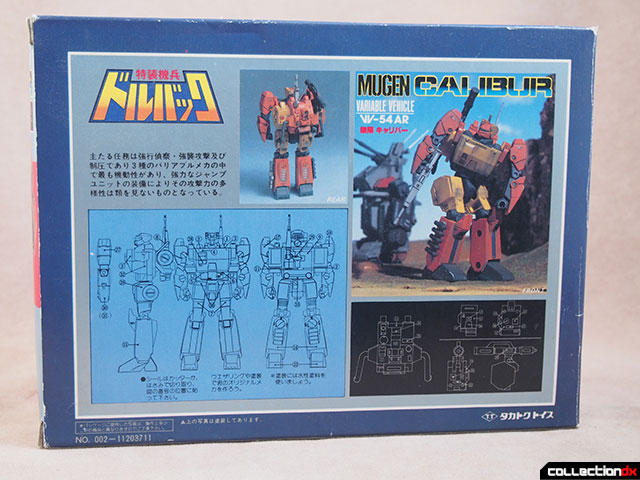 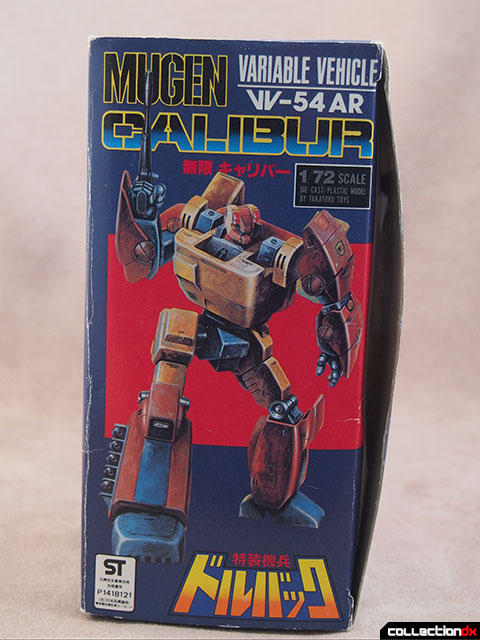 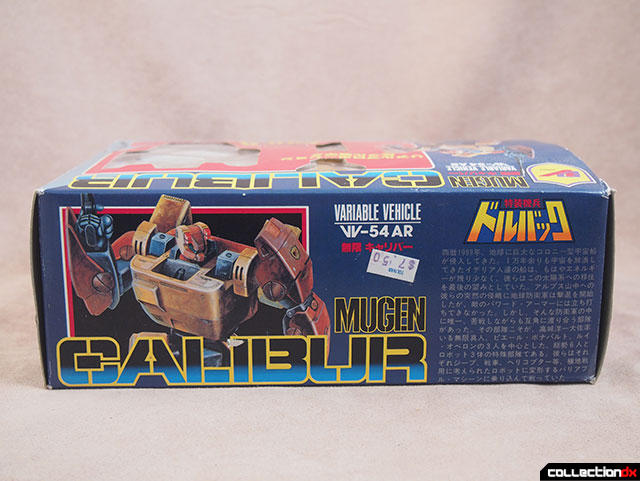 Takatoku would always show you detailed painted versions of the toys, in order to inspire you to customize yours. 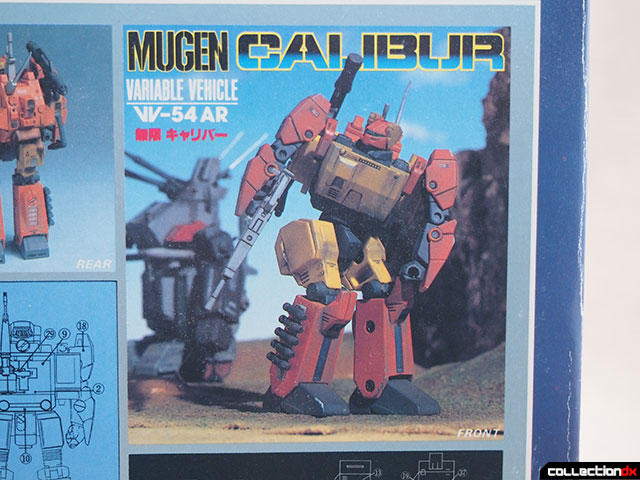 Inside, each part has a resting place in a styro tray. 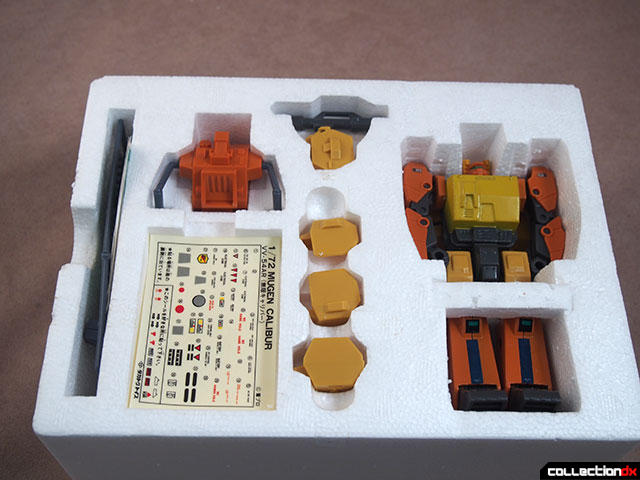 The core robot features diecast metal in the chest area as well as the lower legs. The rest is a hard ABS plastic. 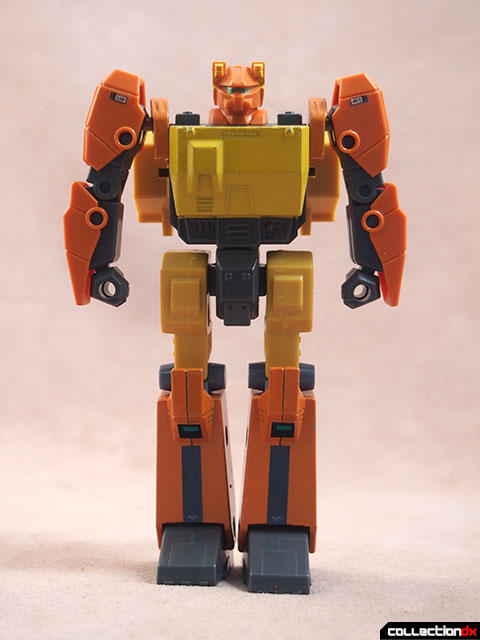 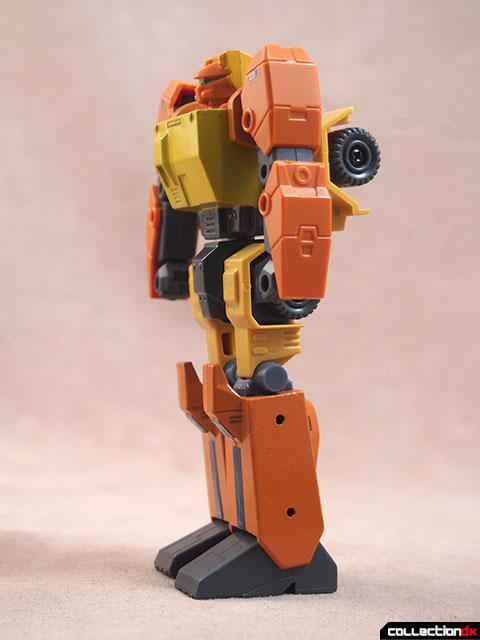 Remember, despite having wheels and other vehicular components, the toy does not transform. 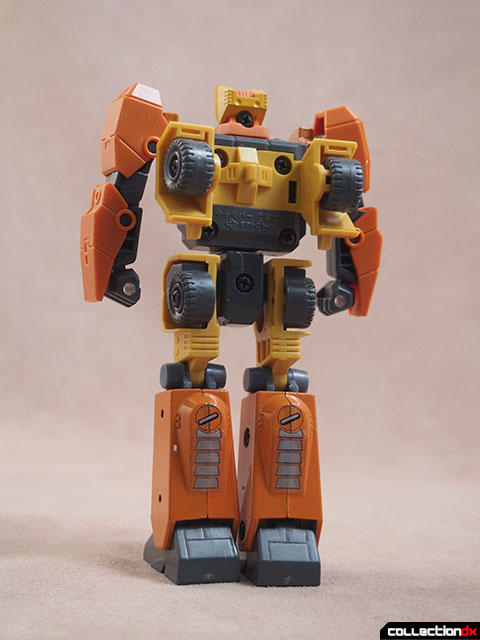 Articulation is fair, with the following points of motion 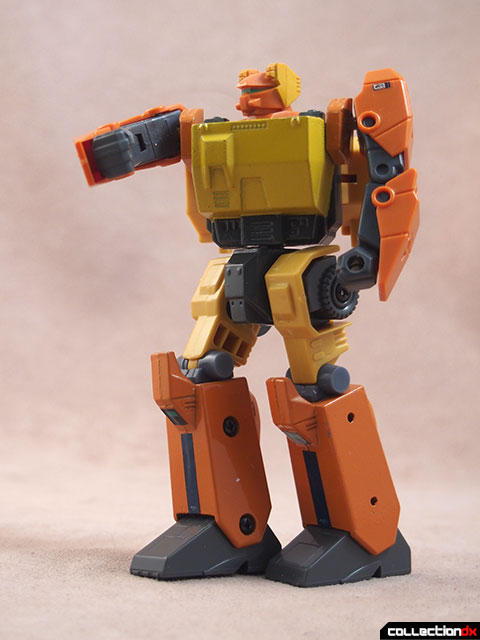 The real fun comes though when you add on the extra armor. Note that there are little plastic bits that you can add, but I did not feel like taking them off the sprue. 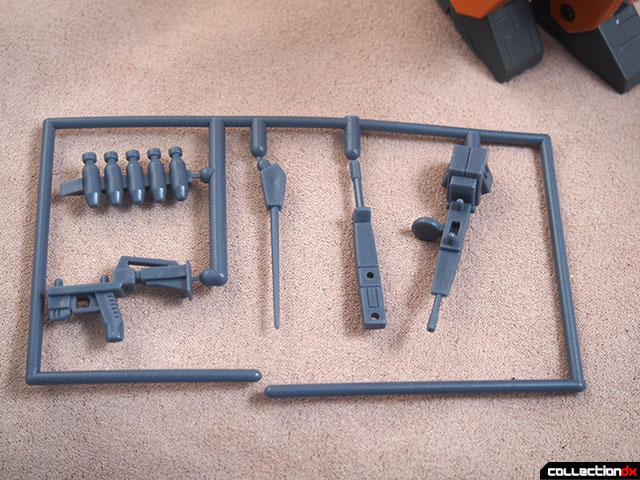 Plastic armor bits fill in or cover the vehicle bits. This is most prominent on the back. The armor snaps over the wheel assembly and features two position-able control arms and a bazooka on a swivel joint on the backpack. 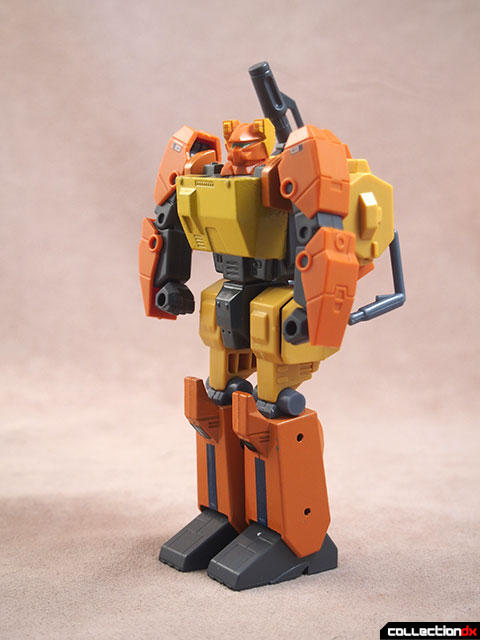 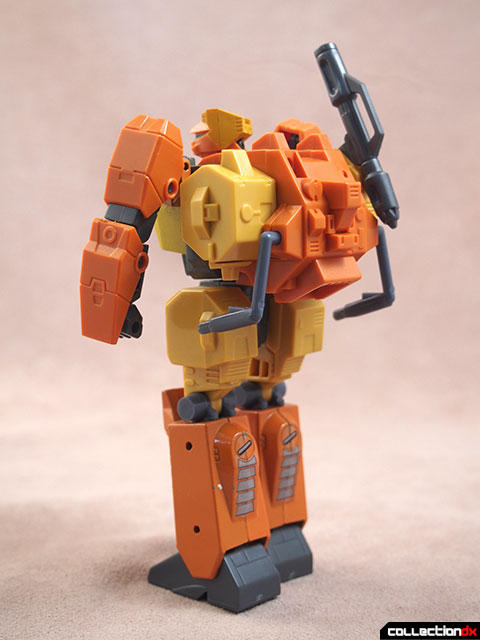 The armor does not hinder articulation. 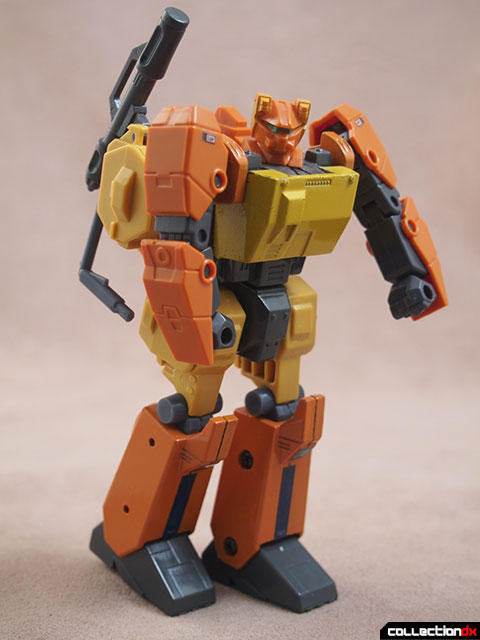 This is a great classic piece, but it's an odd item in that it gets the treatment of a deluxe piece - diecast with removable armor, but yet it does not transform. Definitely worth getting if you are a Dorvack or Takatoku collector, but if you are only going to get one Mugen Calibur - get the one that transforms. 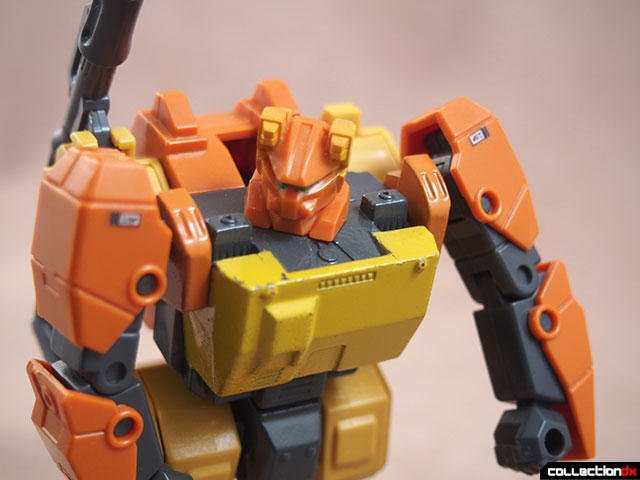