We all know that the Mugen Calibur was the toy that the Transformers Roadbuster was made from, but it was not from this version of the toy. This here is the non-transforming diecast VV-45AR Mugen Calibur made by Takatoku. For lack of a better term, this is the "hero mech" of Dorvack, and as such, got the most merchandise, and the one most associated with the series.

The toy is basically one of the cheap train station versions of the toys - a smaller, less expensive impulse buy made to keep kids happy for short money. However, despite being a lower tier of toy, it's pretty cool.

Mugen Calibur comes in a beautiful slim box with a cutout window. Inside, a nice styro tray, with a spot for the accessories at bottom. 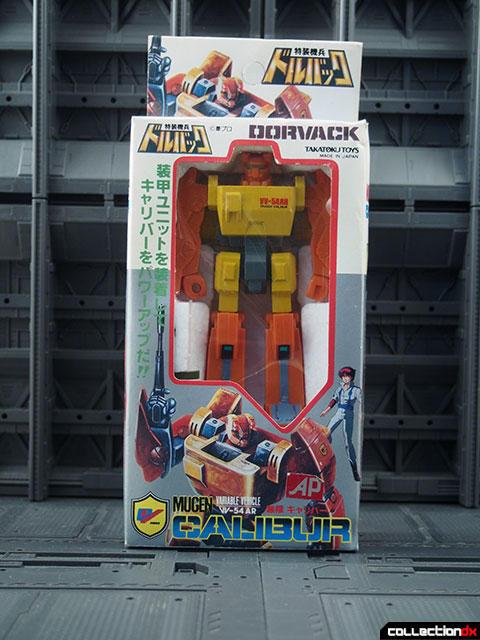 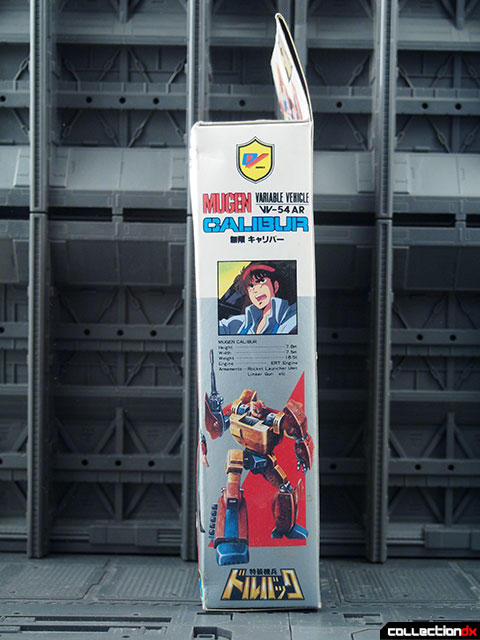 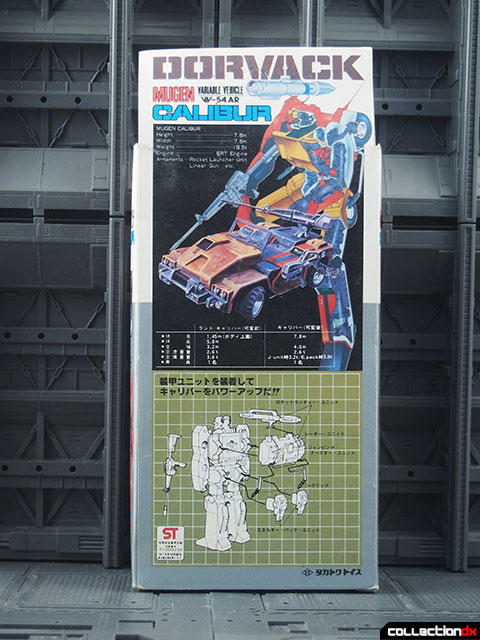 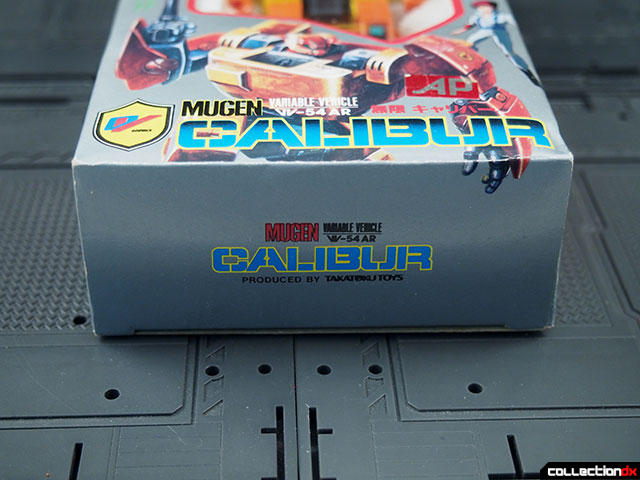 The toy features a diecast body with plastic head, arms and lower legs. The head turns, the arms rotate, and the knees bend. There is no waist joint, nor are their hip joints. Stickers come pre-applied 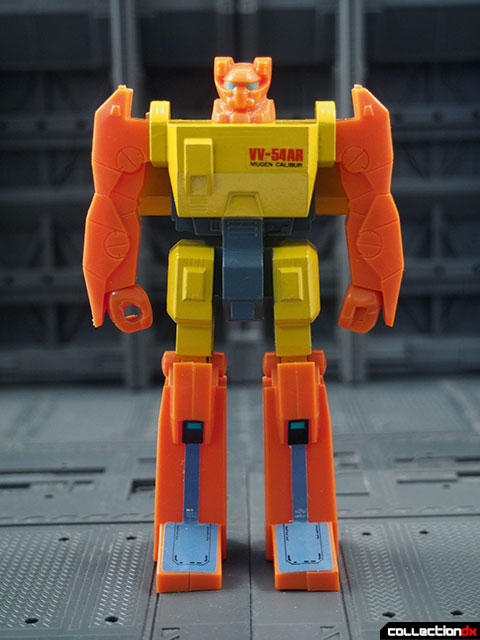 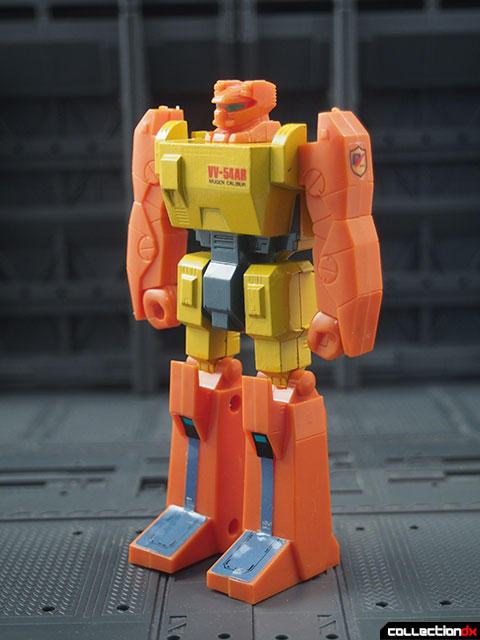 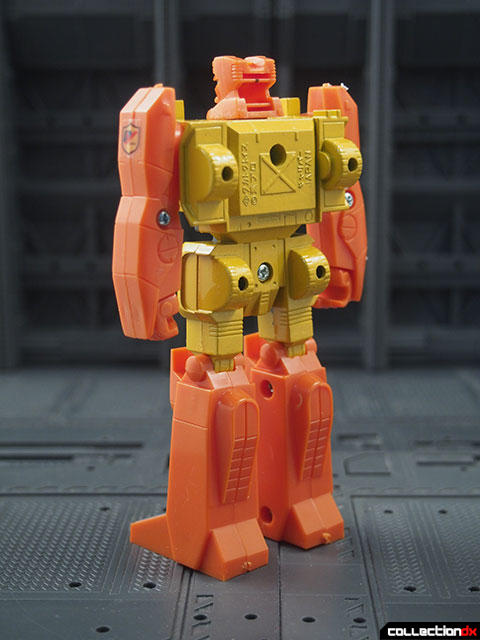 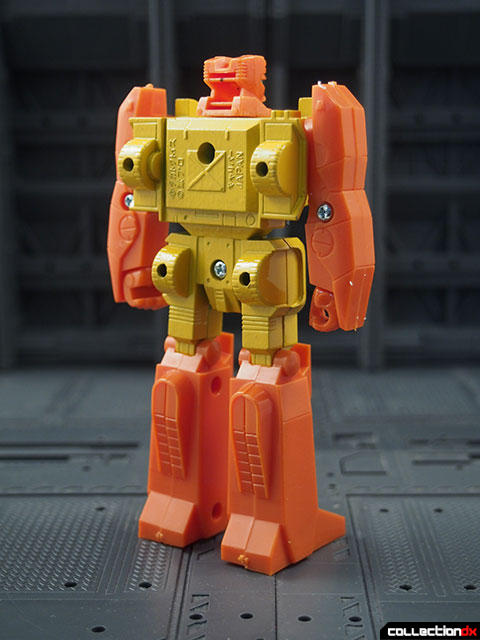 Additional armor is included that significantly enhances the look of the toy. A backpack, shoulder cannon, rear wheel covers and handles can be attached to the figure with ease. 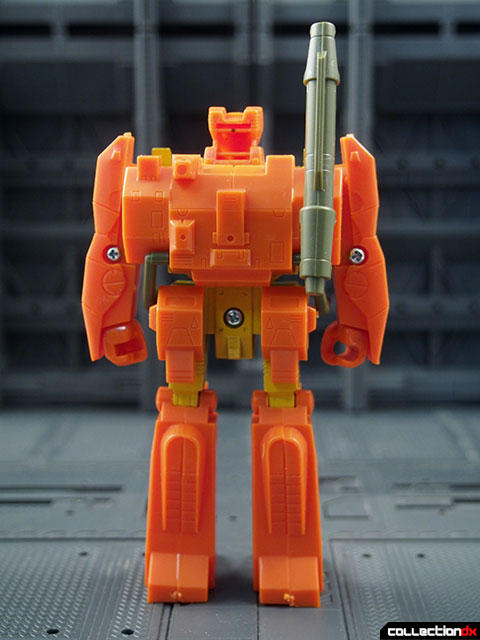 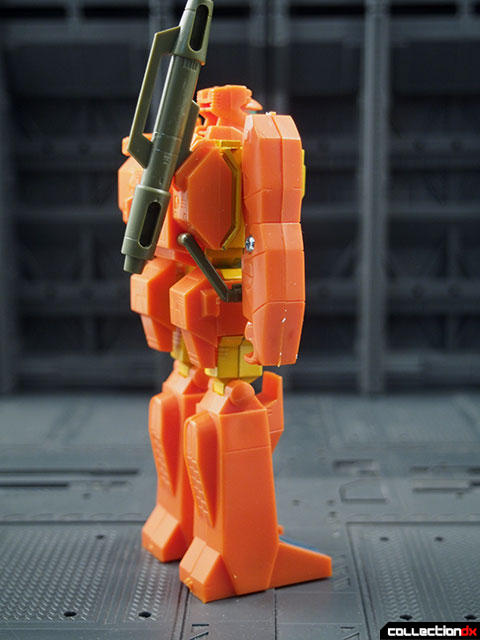 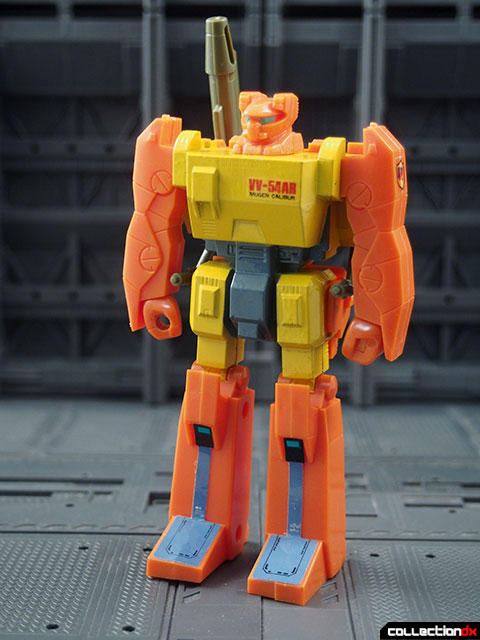 The shoulder cannon can rotate down. 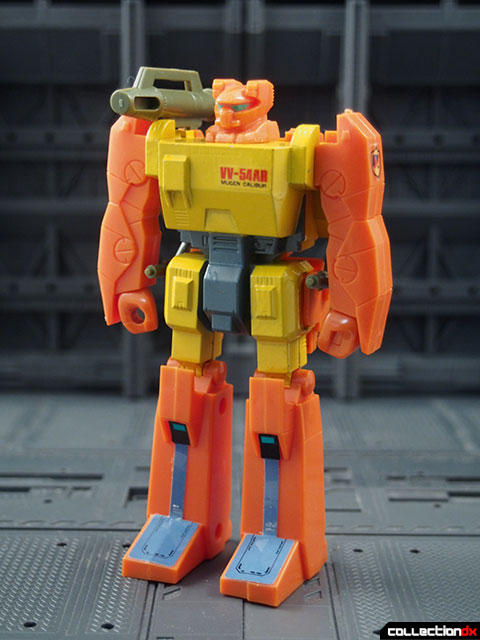 An assault rifle is included which barely fits in its hand. The connection is very tight. The gun can only fit in the right hand as it looks like the hole for the weapon in the other hand was molded over. 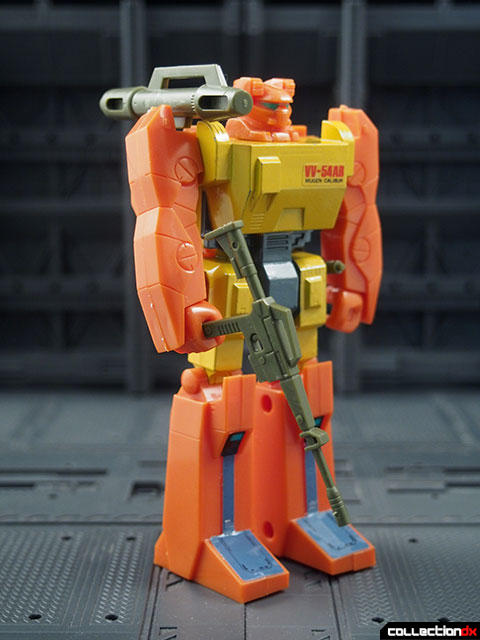 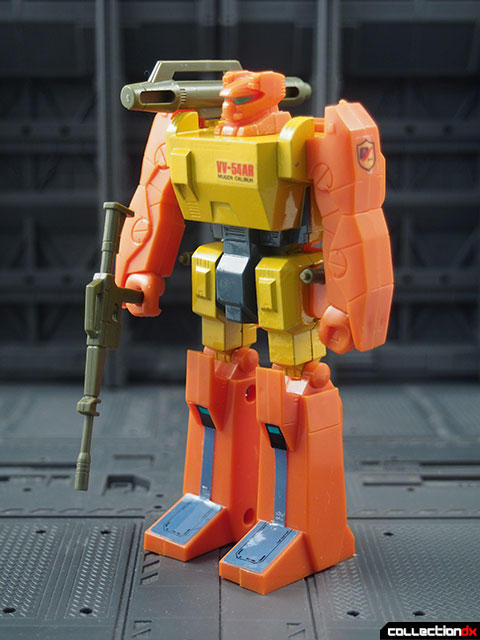 This mold has been used several times, for several different toys, and it's become sort of a mission of mine to track them all down and sort them out. This is the first of many, so stay tuned. 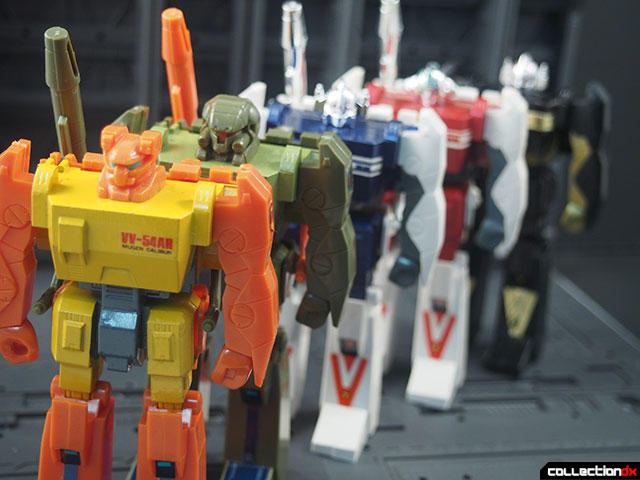 2 comments posted
That lineup of Caliburs is

That lineup of Caliburs is beautiful.

I really like the head on that green version.