I’m still amazed at the strange corners explored by the transforming robot craze of the 80’s. Almost every conceivable object was subjected to the robo-treatment. We’re all familiar with Takara’s Micro-change line of everyday object transformers (Soundwave, Megatron, Microx), but Bandai also released object-based transformers. Case in point, Metal Joes, a series of transforming padlocks. A little weird, but somehow intuitively right. The Joes are clearly near cousins to Machine Robo. PLEX is written all over them. Why weren’t they released as MR?

I think it’s fair to say that CDX is unabashedly appreciative of obscure toy outfit Four Star, purveyor of some of the kookiest off-brand robots of the 80’s. While Four Star’s stock in trade was mutating other manufacturer’s molds into new, sublime forms, they also straight-up bootlegged. Lock-Man is a boot of one of the Bandai Metal Joes.

The card is decidedly low rent, similar to other Not-Machine-Robo releases by Four Star and their ilk. 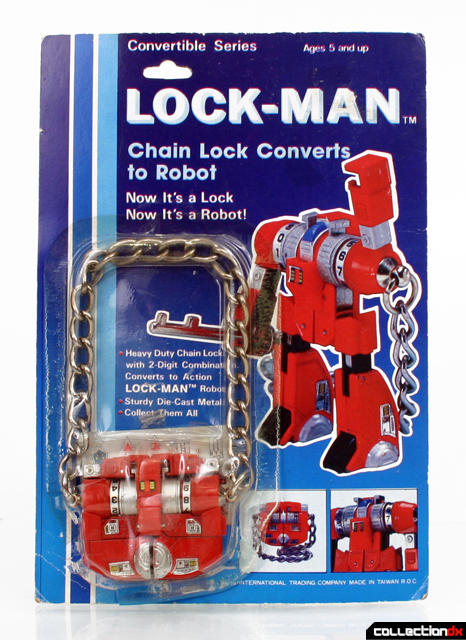 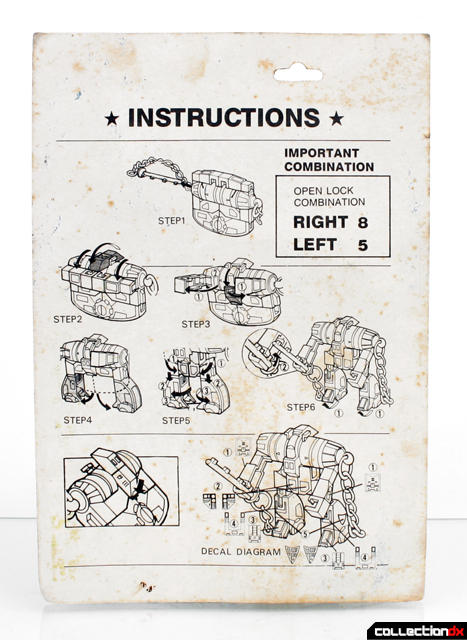 The fundamental quality of this toy is heft. Oh man is this a satisfying hunk of metal. The chain, oh lord, the chain. Only this model among the Metal Joes utilizes a chain, and it’s an inspired touch. A goofy metal affectation. 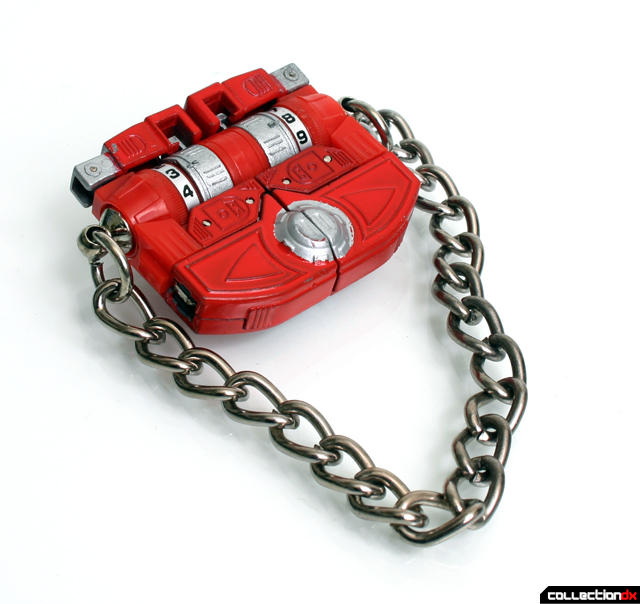 Lock-Man’s quality is noticeably diminished from a typical Bandai product, but not distractingly so. The molding is a little rough, the paint apps kinda suck (see the head below). 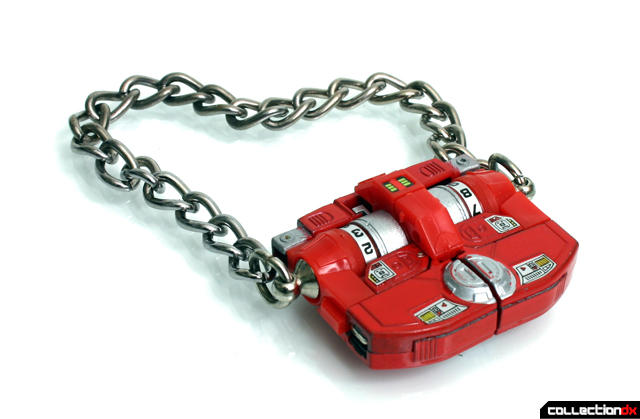 Transformation is engaging, moreso than your typical Machine Robo offering. A really fun piece. The best feature by far is that you have to enter a code to even transform the thing. Turning the wheels to 5 and 8 allow you to remove the “key” out of the middle, which opens up the components to transform. What an astonishing, awesome mechanism! 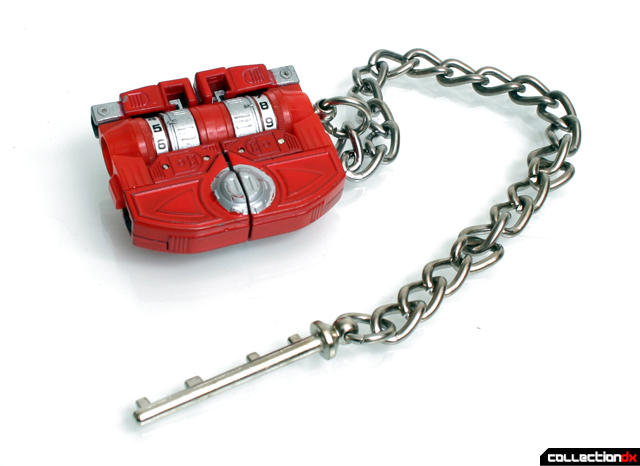 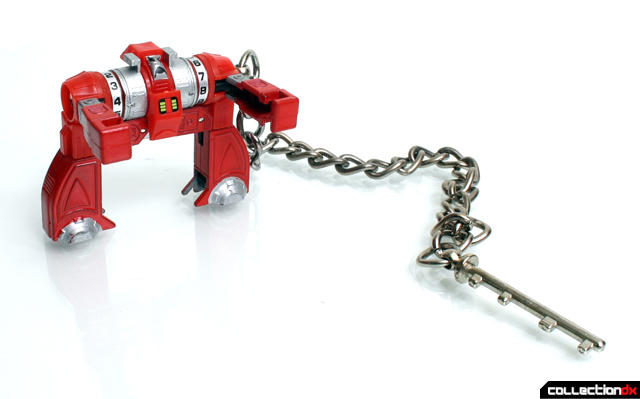 The bot is pretty solid. The trailing chain gives him a real flair. Blingy, even. My only complaint is the weird paint application at the head, which eschews an all-over color shown on the card, with an eyes-and-mouth design, although this may just be an accidental paint error. 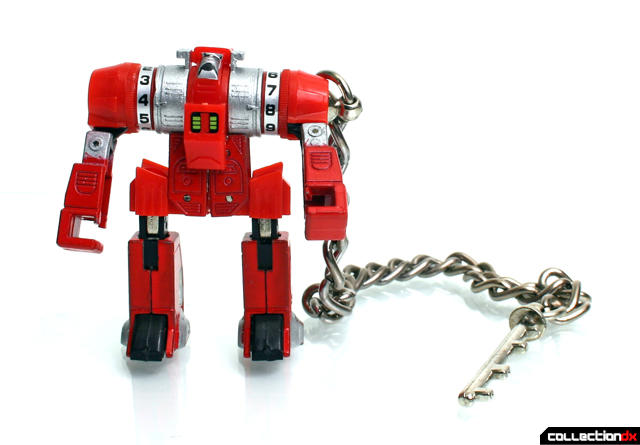 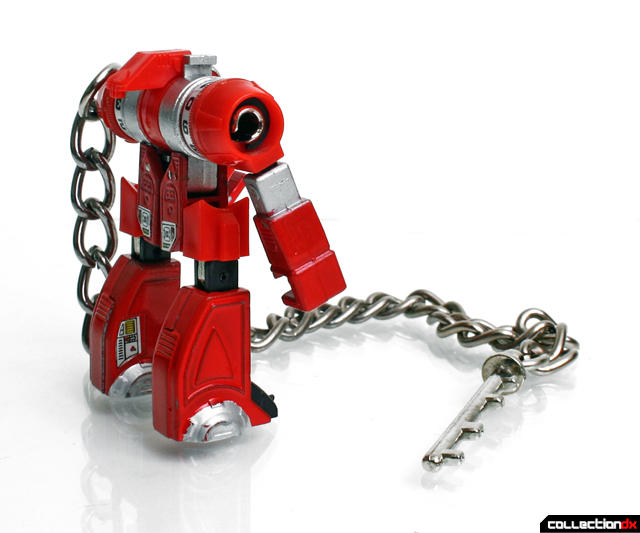 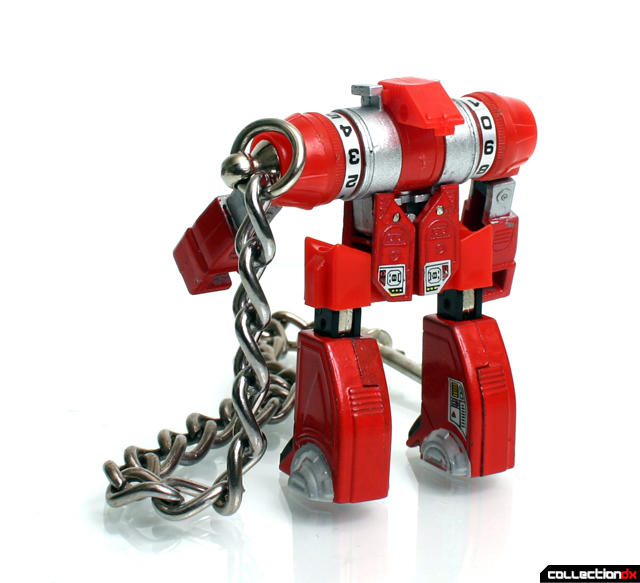 A quibble, though. Altogether a solid and pretty bot. Articulation is weak, but par.

The “key” we removed? It can be used as a sword, ingeniously notching into Lock-Man’s fists. 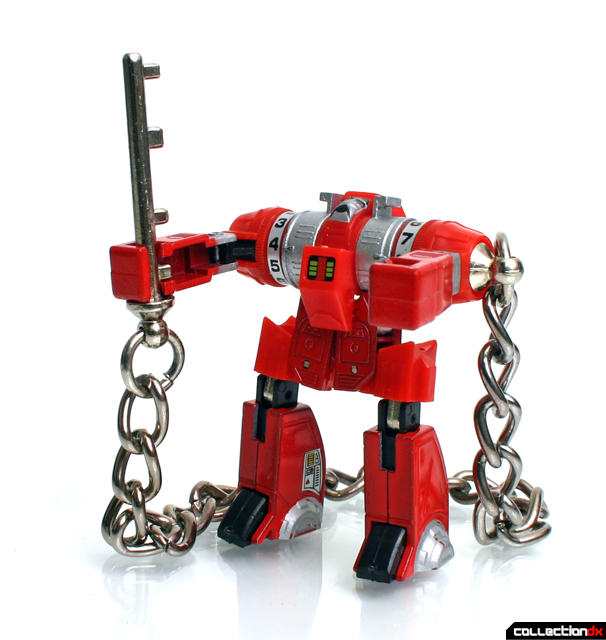 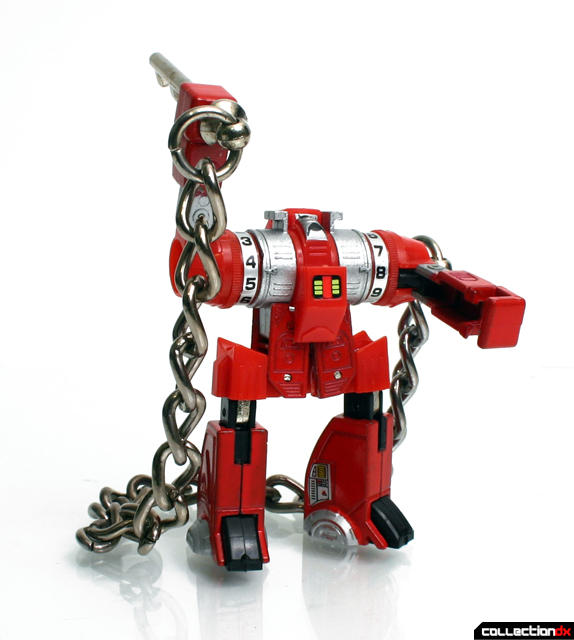 It seemed like everything in the 80's turned into a robot. They should remake this today and give Lockman some enemies to fight like: Deadbolt, or Boltcutter, or The Club, or Keyless entry! Ok I just lost my mind for a second. Your obscure reviews are great and they make me remember all sorts of great toys from my childhood. Thanks.

I used to have a blue version of this toy (also a Four Star knockoff).

Also, according to this:

The designers were a studio called 'Tokio', not PLEX.

There was a blue & a red one (I have those 2).......I think there was a black one two because I remember asking for one