The Legioss (レギオス) comes from the show Genesis Climber Mospeada (機甲創世記モスピーダ). This show would later be re-edited and brought to the USA as Robotech: The Next Generation. The Robotech name for this ship was the Alpha Fighter. 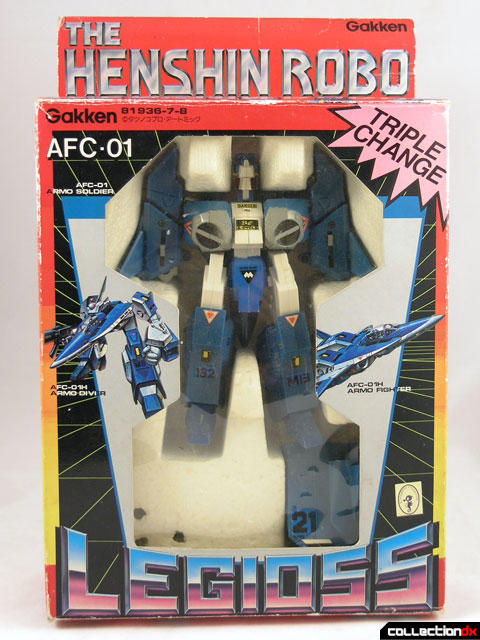 There have been many versions of the Legioss produced over the years. This version is desirable because it transforms into all three modes, and contains some diecast metal.

This version of the Legioss, the Triple Change mini. Stands about 5” high. It comes with removable landing gear, a gun, wings and a back assembly. Most versions of this toy have plastic feet, but some (including this one) have metal feet. 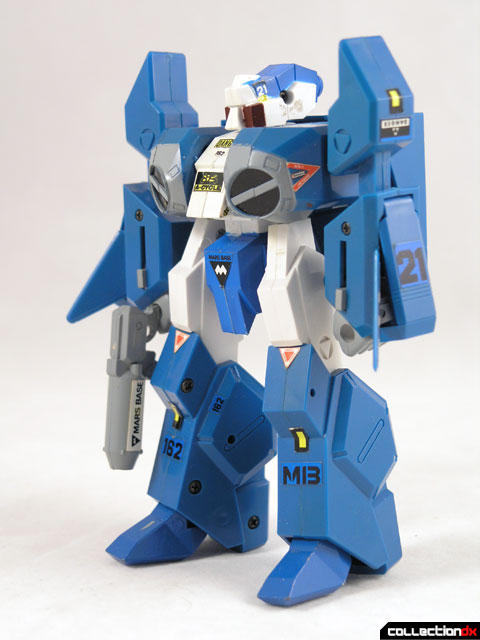 The toy can transform into all three modes (Armo Fighter, Armo Diver and Armo Soldier). Although the transformation is not “perfect”, it is still convincing, and it does all that the more expensive 1/55 version does. 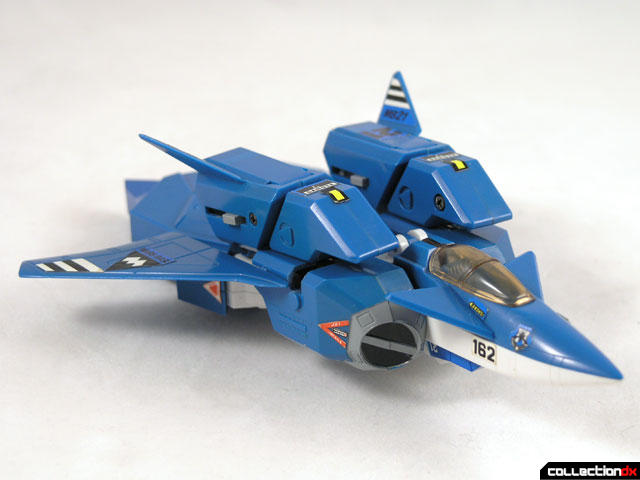 In Armo Fighter mode, the Legioss is about 6 inches long. This is the weakest mode of the three. Things just don’t click into place, and the arms move around a lot. This mode is supposed to have landing gear, but mine are missing. 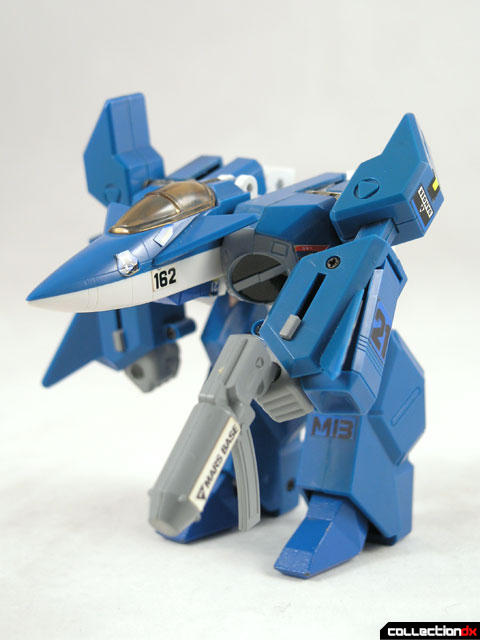 This is the Mospeada equivalent of Gerwalk mode. The Legioss is transformed half way between the Fighter and Soldier  modes. The wings have to be removed, and a replacement part simulating the wings needs to be attached to the back. The Legioss can hold its gun in this mode. 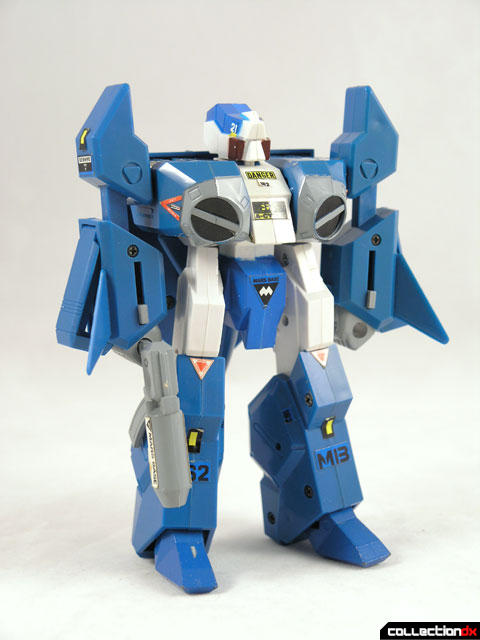 The Armo Soldier mode is the Legioss in its humanoid form. It features several points of articulation, and is able to hold its gun in this mode. The metal feet give it a good weight, making it hold poses well.

This is a case of me not reading the auction close enough. When I got this item in the mail it was missing a few things. Most importantly, this toy is missing the landing gear. But I had never had a Legioss toy before, and the the price was right, so I figured what the hell.

The Henshin Robo line was Gakken’s attempt to export their toys to English-speaking markets. The same toy was released in a Japanese Legioss box, as well as a Robotech Box.

This toy is not the Legioss that interfaces with the legendary Tread Fighter, made by Lansay.