Chikkun Takkun (チックンタックン) is a Japanese manga series written and illustrated by Shotaro Ishinomori. It was adapted into a 23-episode anime television series by Studio Pierrot and aired on Fuji Television from April 9, 1984 to September 28, 1984. The series revolves around an alien duck named Chikkun and his advisor Takkun, trying to stop an alien mad scientist from invading Earth.

I've never seen it but it seems pretty crazy. Toys from the series are obscure and only the hard-core seem to want them. Gakken (known for their Mospeada toys) had the license and produced a variety of toys at different price points.

This Jitabata Mechatan is one of the cheaper toys, and it shows.

The package is inline with the cheap train station toys made by Victora, Seven and Popy back in the day. 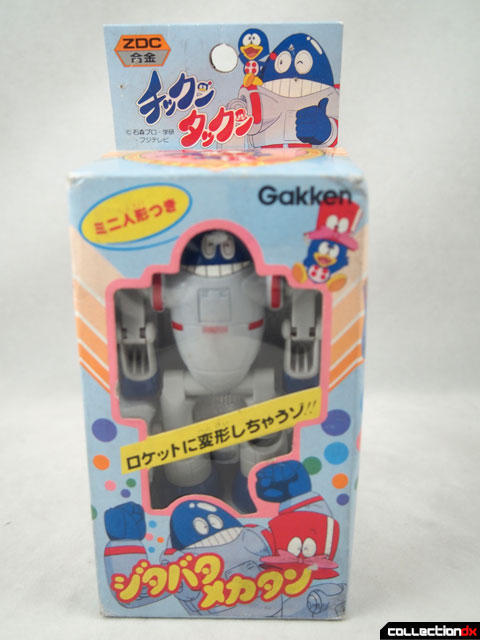 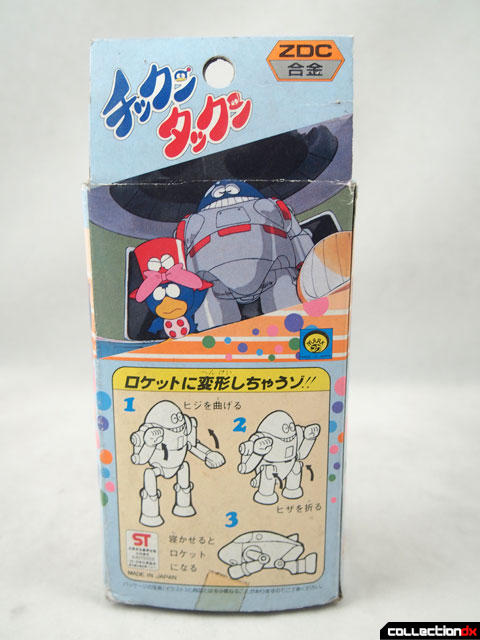 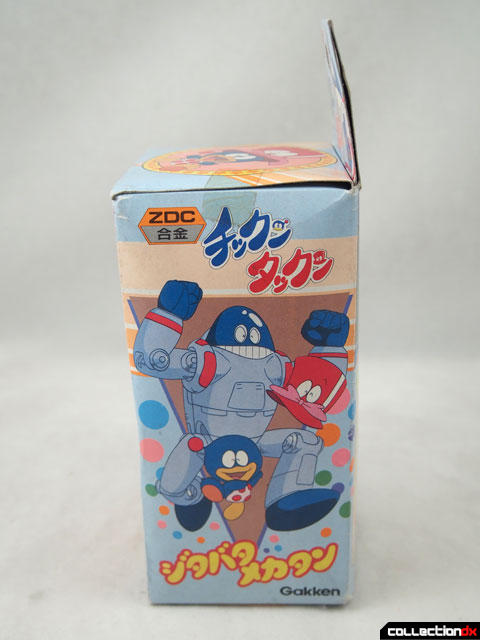 Inside, you get the a nice styrofoam tray, the figure, and a little rubber guy who has melted into the styro due to a chemical reaction. 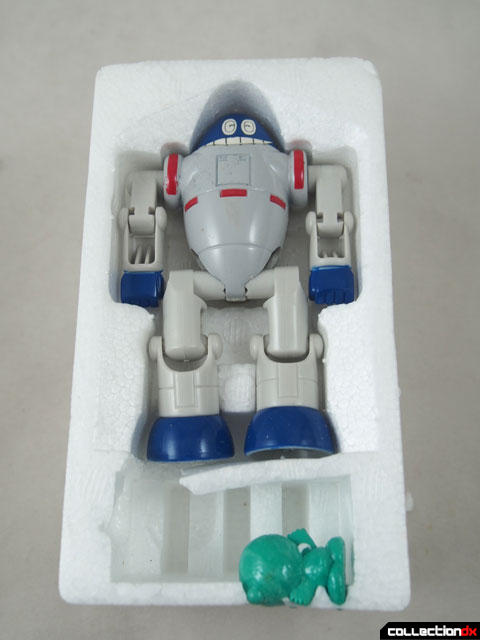 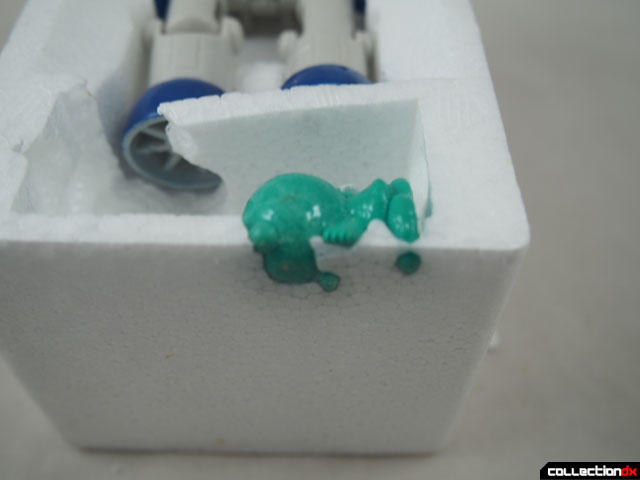 Honestly, it's kind of a crap toy. The body is diecast metal with a rough finish, the paint is poor, and all of the facial details are stickers which are prone to peeling off. 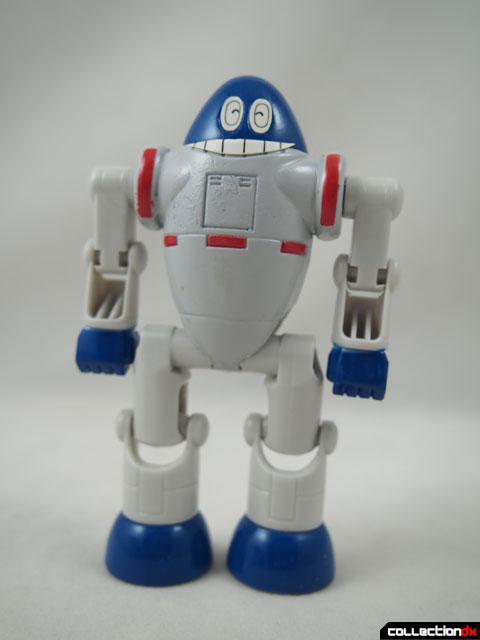 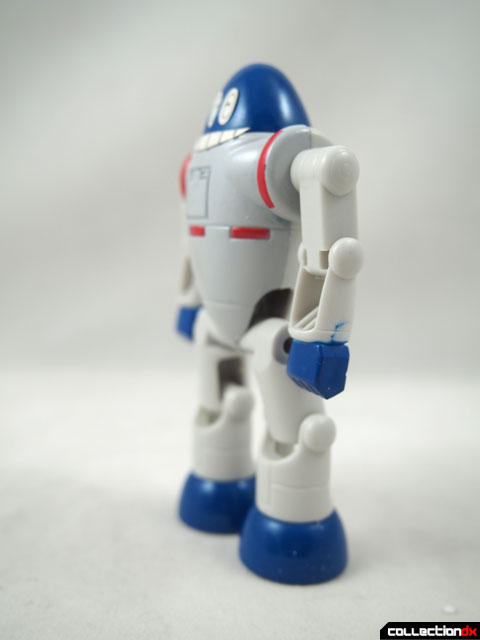 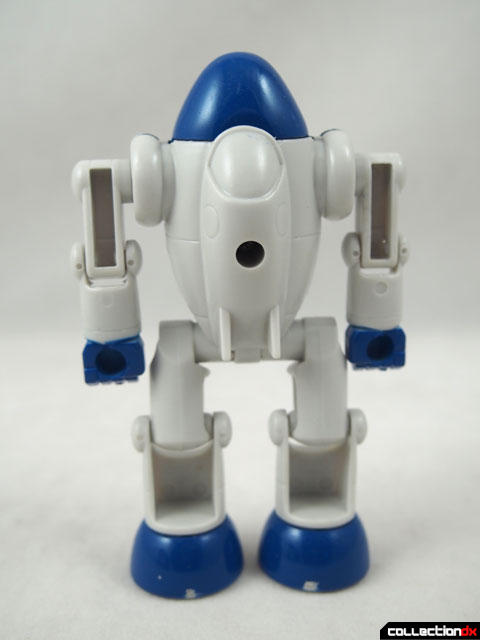 This is the "Articulation" 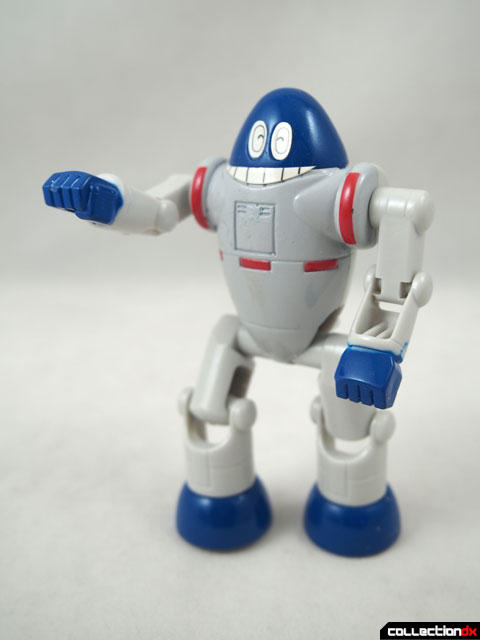 Jitabata Mechatan is supposed to transform into several modes, but in this cheap version you get only one. Whatever the hell this is. 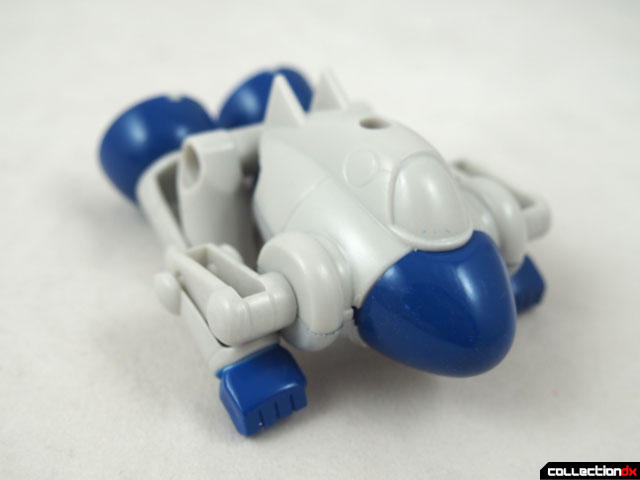 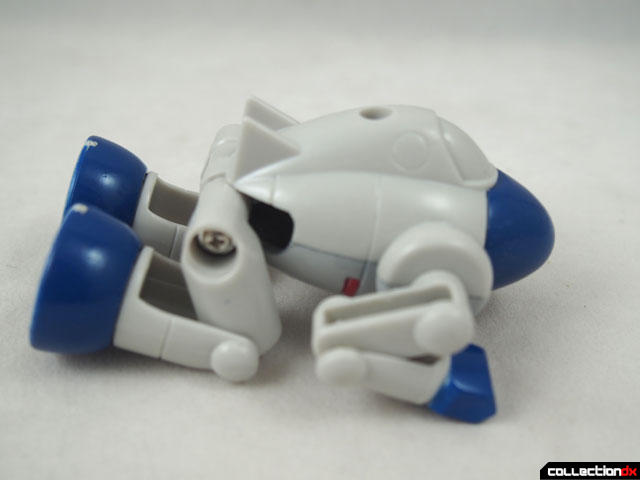 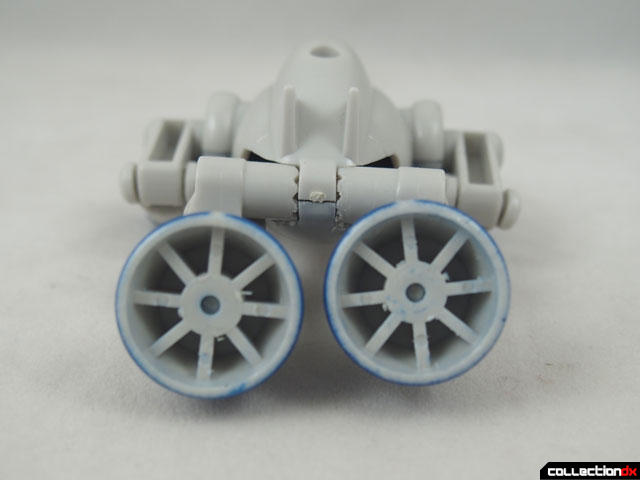 Is this the first robot to pray to Mecca? 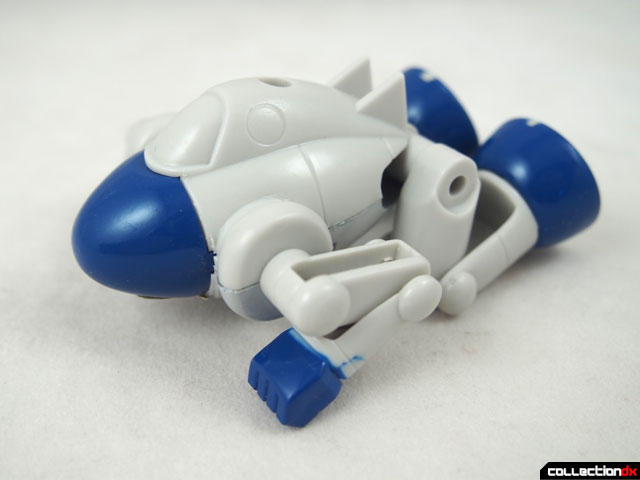 It's not very big, and not very fun. Strictly for the hardcore. 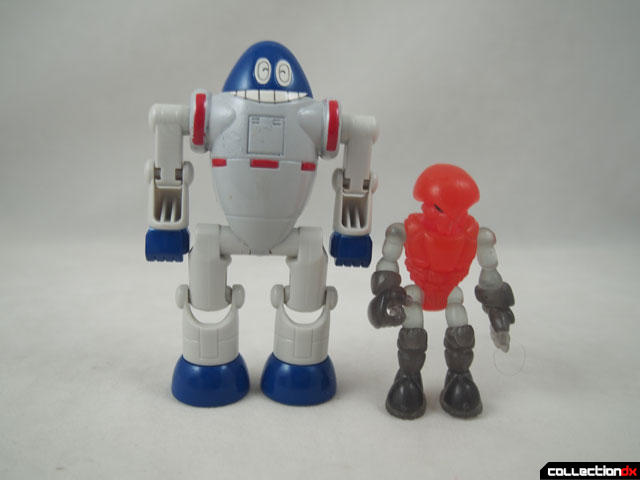 I actually kind of like this thing a little but only because it vaguely reminds me of that stupid little sidekick robot from Danguard Ace, whose name I can't recall but I would love to have a toy of it.