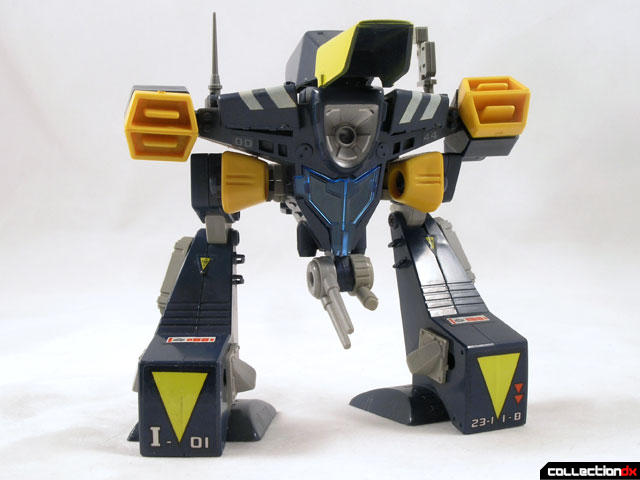 My love affair with Orguss started with the Robotech Model kit line by Revell. Back in the early 80s, Revell imported a bunch of model kits from various lines, including Macross, Dougram and Orguss, and released them under the Robotech name. While this Ishkick commander was not part of that line, the Orgroid was, under the name Nebo. I could not build that model correctly to save my life, but I really loved the design. Time flew by and I discovered that Nebo came from Orguss, and I fell in love with all the mecha in that line. Unfortunately, I would learn that these toys are fragile as hell. 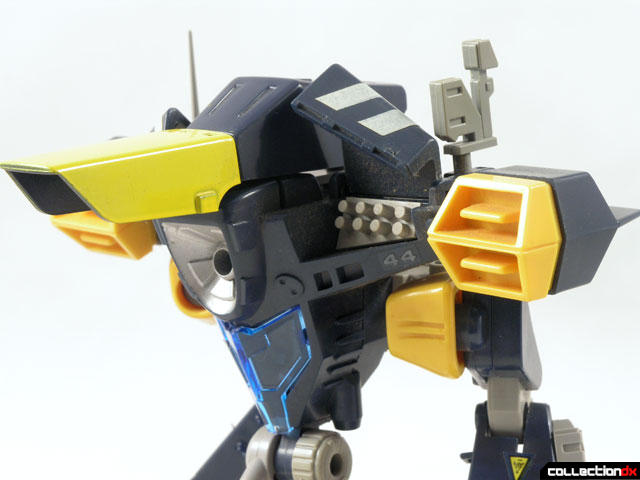 The Takatoku 1:60 Ishkick Commander was actually designed to be painted and detailed (The box even says diecast / plastic model). The images on the back often look nothing like the toy pictured inside. You have to assemble several pieces, paint, and apply stickers. However, most people just see them as toys, and leave them as they are. 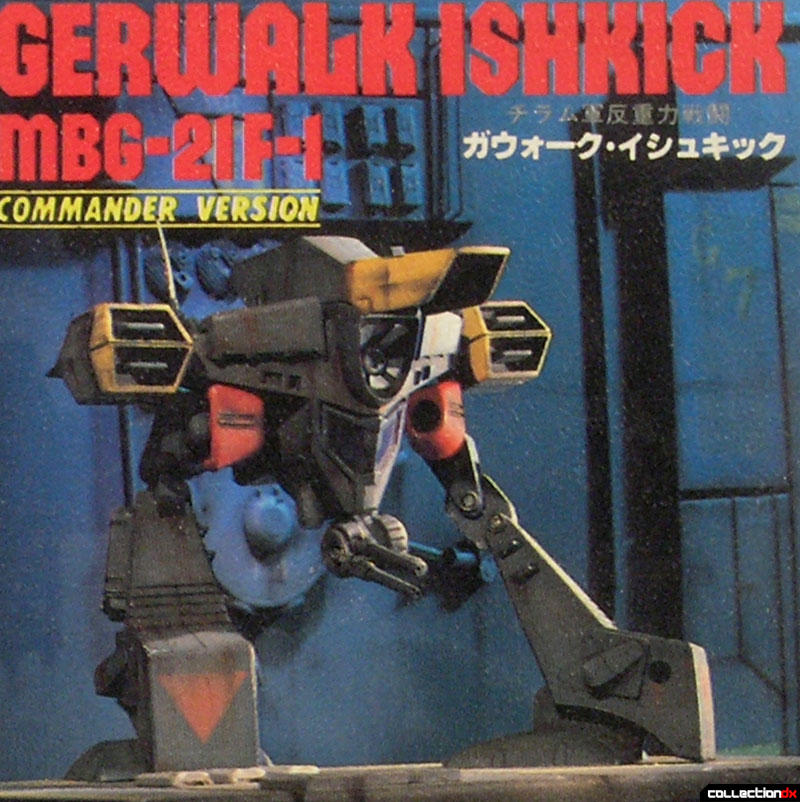 Painted Ishkick from the back of the package.

I found this toy in a small store in Shimo-Kitazawa called Home Rice. It was only 2,000 yen, but it was missing a few accessories. I actually knew someone who had the parts I needed, so I grabbed it right away. The notoriously fragile hip joints were unbroken, a rarity for this toy.

The Ishkick Commander version is actually a pretty cool toy. It has die-cast metal feet, tons of leg articulation, opening cockpit and missile bays, removable rear armor plate, a small pilot and a few weapons. The toy does require minor assembly, including small handles on the legs, and attaching the weapons. The weapons fit snugly into the holes on top, so PLEASE don't force them all the way in. 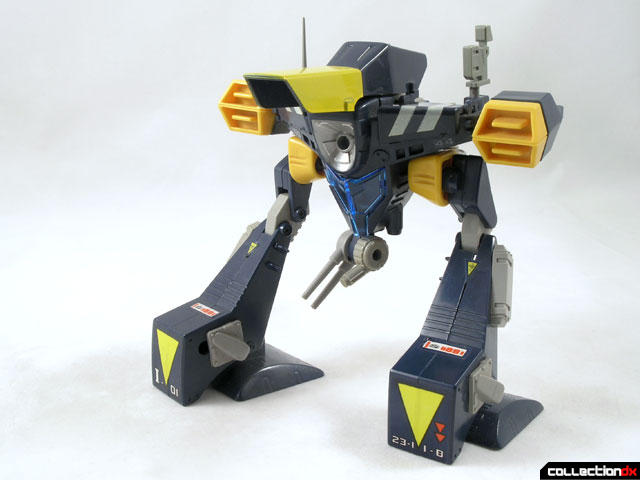 The box is classic Takatoku with the textured cardboard and glorious shots of the completed toy. The toy rests snugly inside of a styrofoam tray. 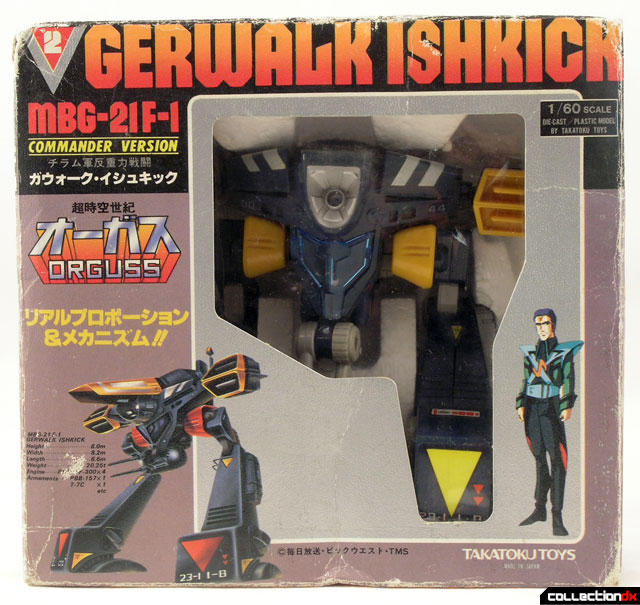 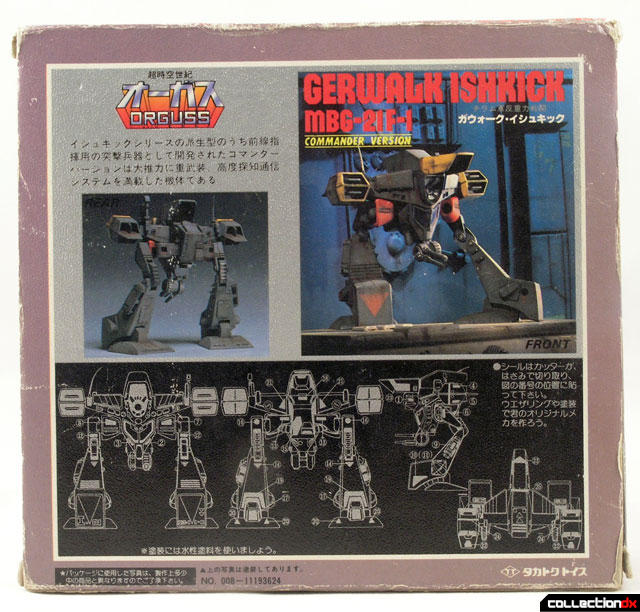 Be aware that there are also knock-off versions of this toy. The toy itself is almost identical; the only way to tell it apart is that the copyright info on the bottom of the feet is blocked out. The box is easy to tell - the bootleg version is all in English.

2 comments posted
My brother had one that was

My brother had one that was similar but purple

I love that textured cardboard of a Takatoku package. Classier than a Rolex, more decadent than a bottle of fine Cognac.