We've covered many toys from the show Dorvack, but we have yet to get around to the helicopter that transforms into a robot - the VH-64 MR Ovelion Gazzette. The original, larger toy of this would end up being repurposed as the Transformers helicopter "Whirl".

A fun fact I learned just now: The three main robots from Dorvack - Ovelion Gazette, Boneparte Tulcas, and Mugen Calibur, are all named by a combination of the pilots last name and the model of the mecha. So in this case, the Gazette is piloted by Louise Ovelion and thus is named Ovelion Gazette.

This version of the toy is a bootleg of the Takatoku Variable Machine Series Ovelion Gazette, which was re-purposed in the US as the Convertors "Chopper". This mold was bootlegged over and over again in the 80s and could be found in countless discount stores, flea markets, and county fairs - in a wide variety of packaging. 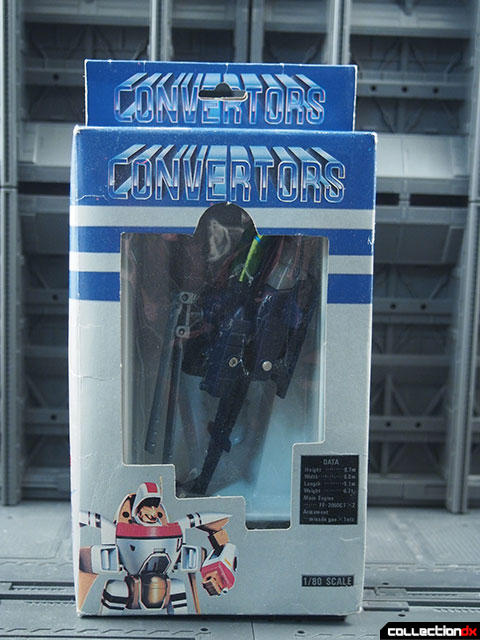 The box is generic and likely served as the same packaging for all three releases in the line. 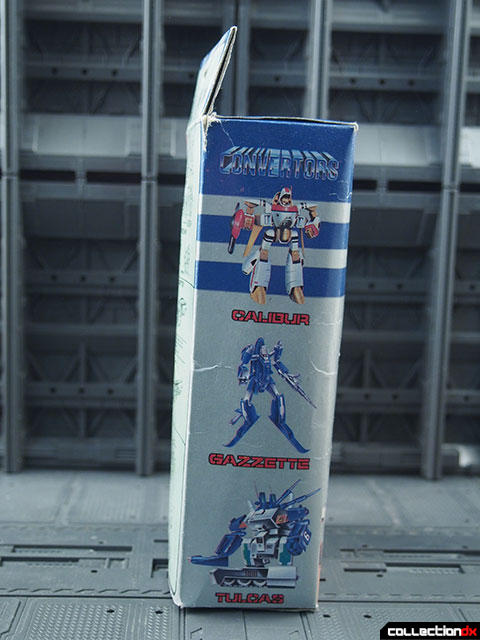 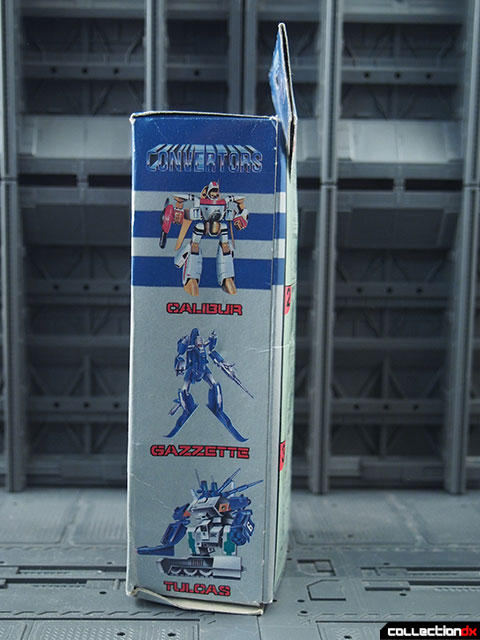 The back features the required broken English instructions for all three models. 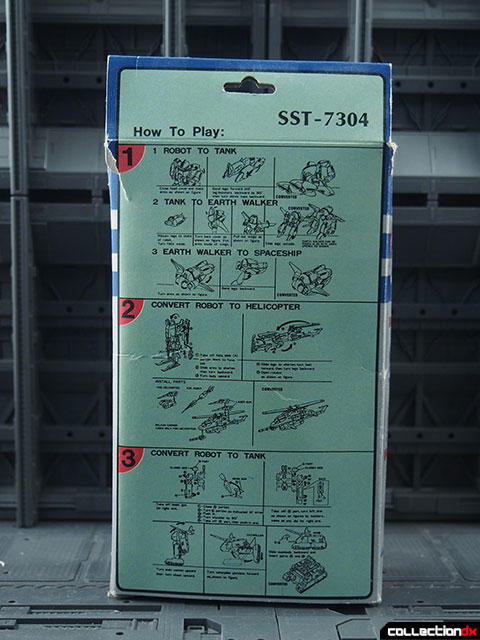 Inside, the toy rests in a flimsy plastic tray, completely unsecured. 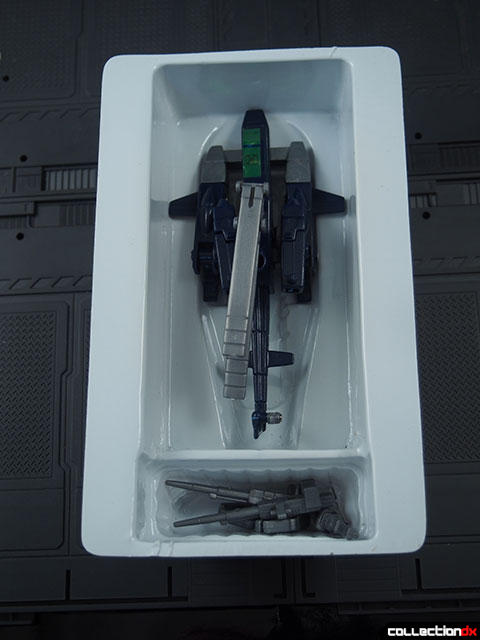 As far as knockoffs go, it's pretty well done. In fact, the only thing that indicates that this is a knockoff is the mis-aligned stickers and the lack of the original copyright stamp. 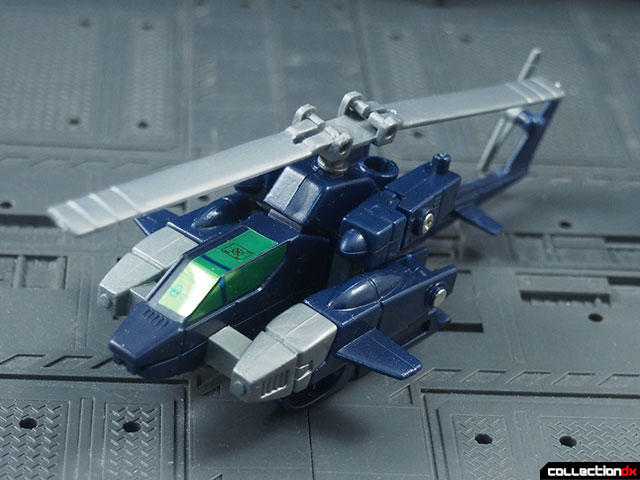 Helicopter mode is great and very accurate to its larger counterpart. The blades on the top and rear both spin freely. 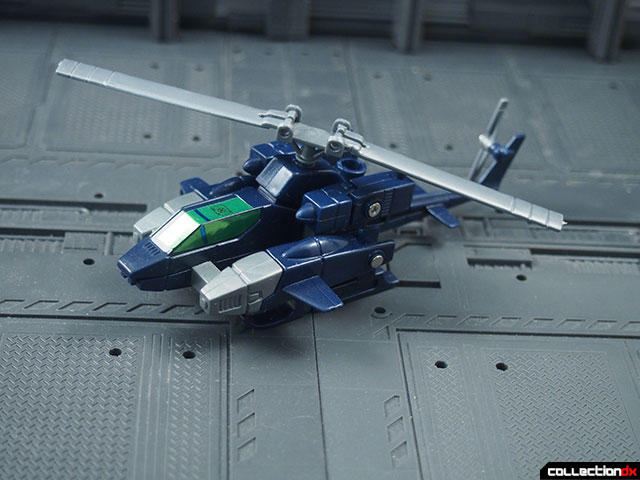 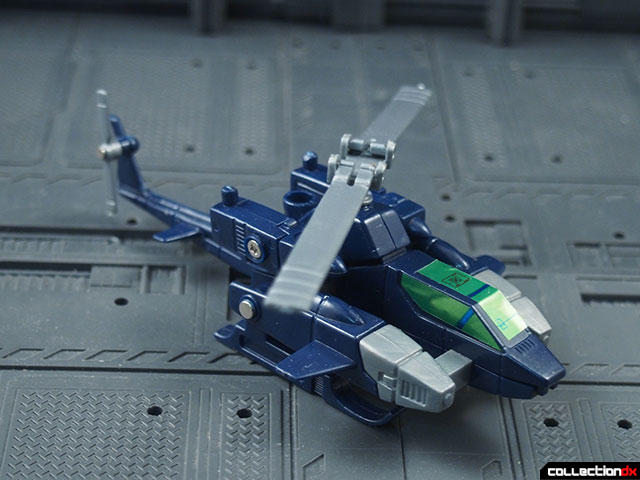 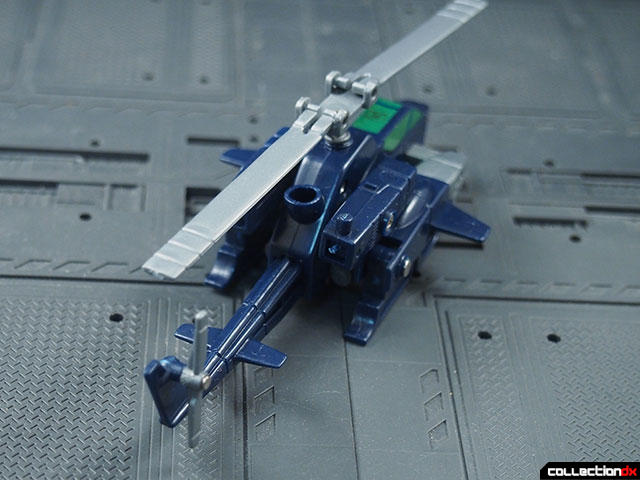 The Gazzette comes with a full compliment of weaponry that attaches to it in both modes. Two side mounted cannons attach near the rotor, and a gatling gun mounts underneath the cockpit. 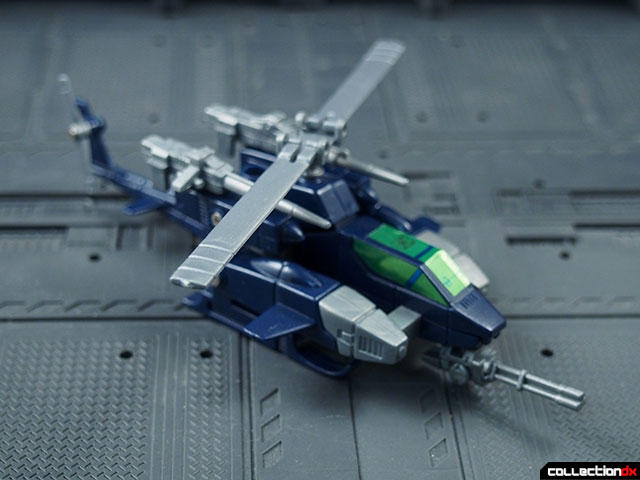 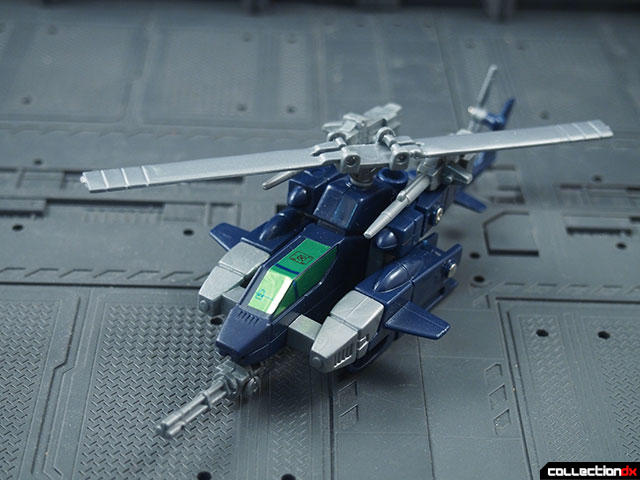 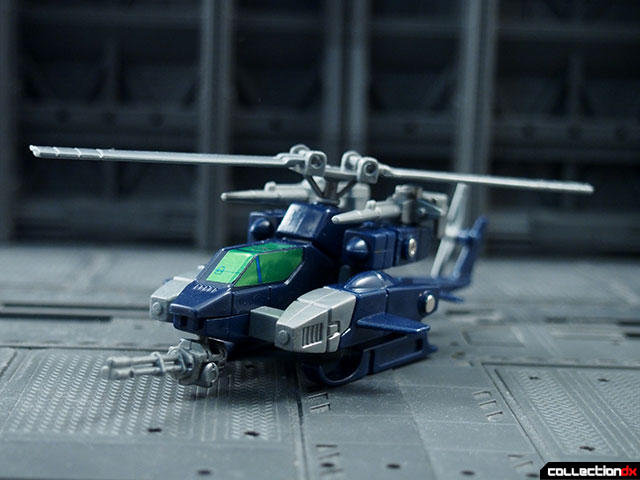 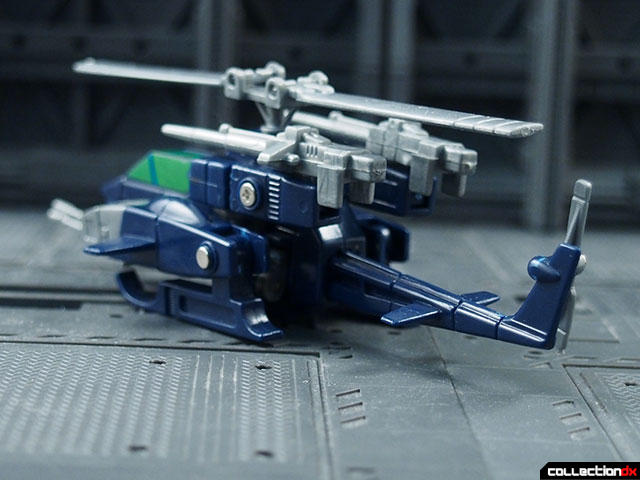 Transformation is easy - two or three flips and you are done. It's super-intuitive and incredibly logical. I love it when the design on the screen has been thought out to the extent that you can make a physical copy of it in various sizes and it just works. 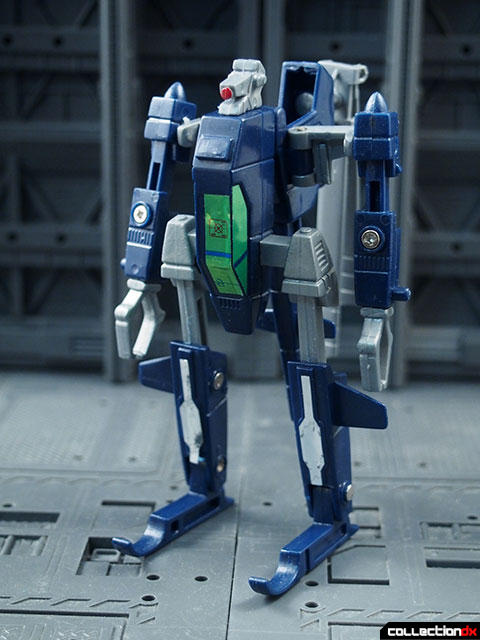 The only thing you need to add are the claw hands. There was just no practical way to make this work at this scale. I don't mind having to attach them, but it means most loose specimens are missing them. 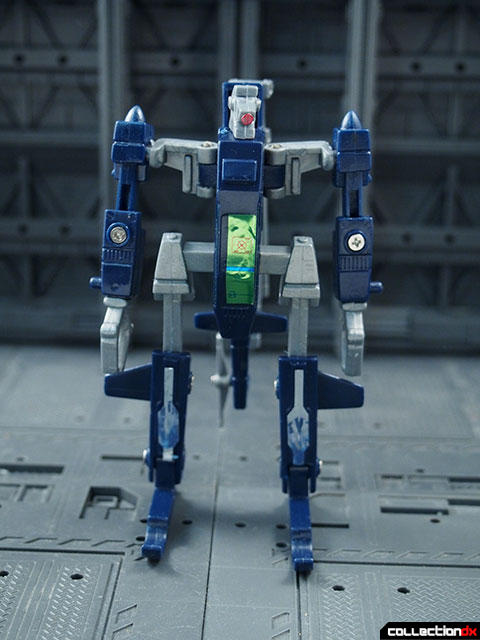 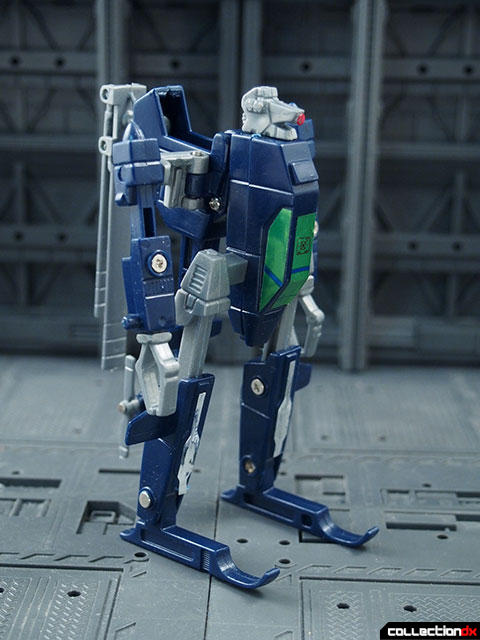 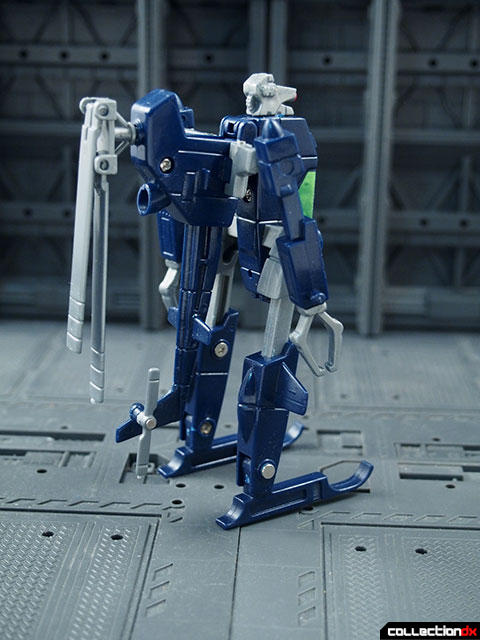 Articulation is not bad, mostly with swivel joints. He looks a bit robotic, which is ok - because he's a robot. 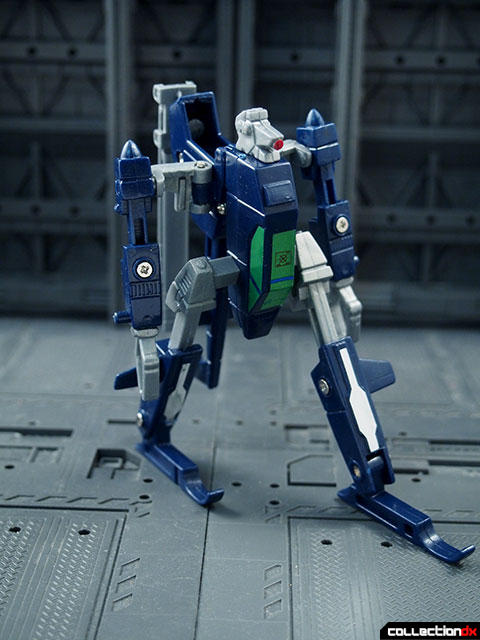 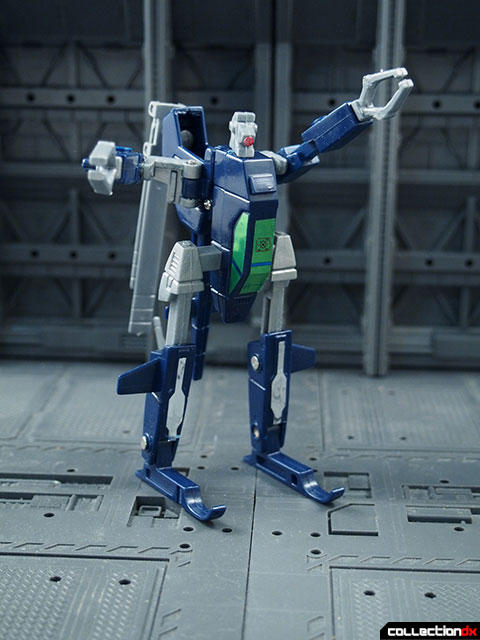 The side guns can be used as weapon attachments for the hands, but the gatling gun has no obvious use in this mode. 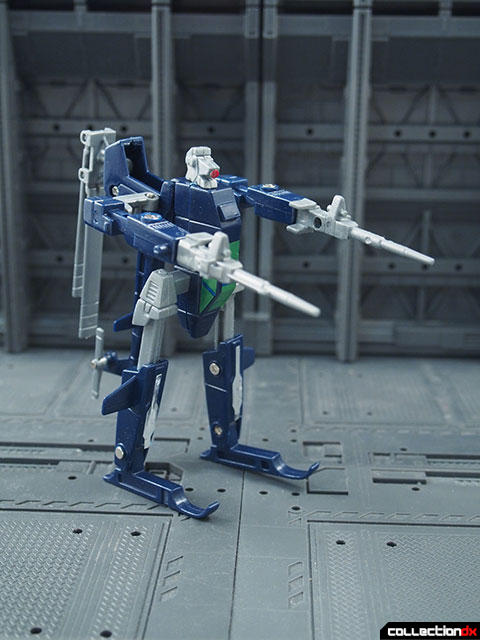 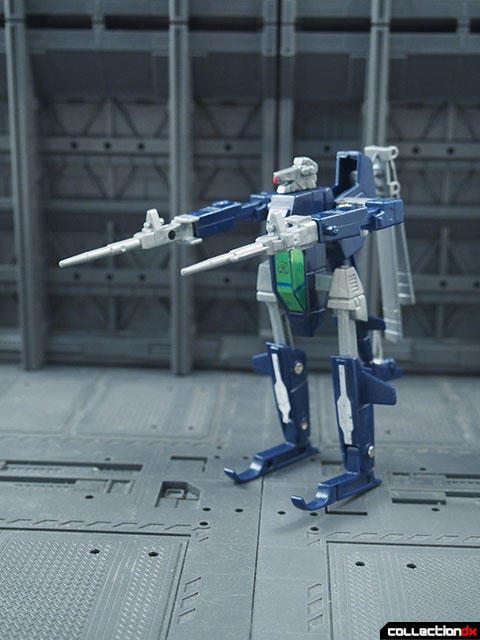 It's interesting that the smaller version is more accurate to the show that the big one, with the long hand cannons and big gatling gun in helicopter mode. They even threw in the targeting display that appears when its in robot mode.