Like many machine Robo/Gobots toys, Fairchild Robo has been reborn several times.

In 1994, it was reissued as part of the Robo Machines line.

The vehicle mode is based off of the Fairchild Republic A-10 Thunderbolt II fighter jet which first saw service in 1977. 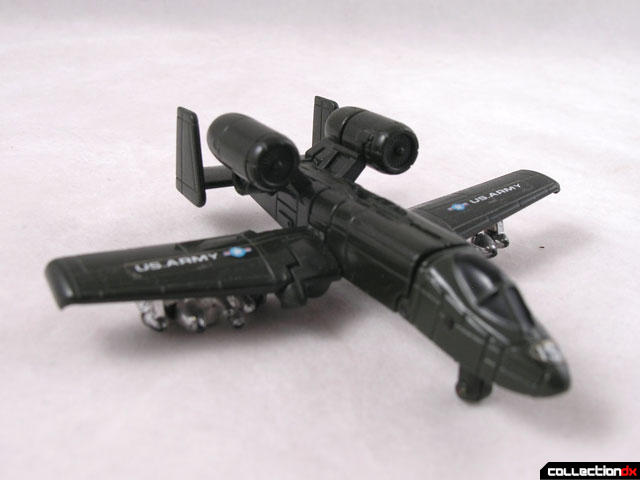 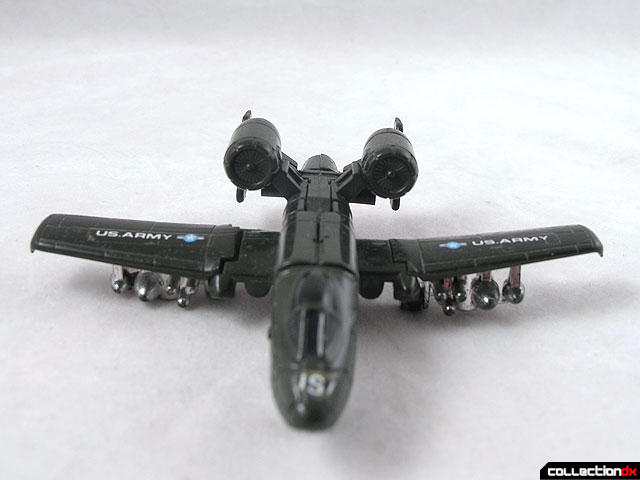 This is an interesting piece due to its unusual transformation. Gobots are known to be relatively simple, and this one is rather complex despite its small size.

To transform, first rotate the wings and fold back. Then lift up the engine section and pull back the legs. Turn in the tail fins as feet. 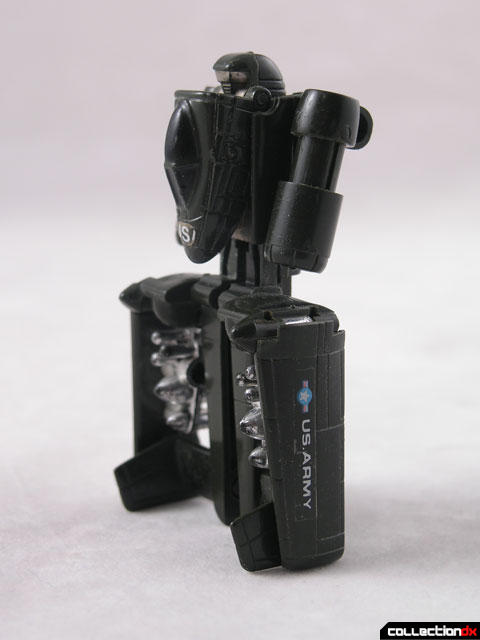 Flip the nose down to reveal the head then snap the arms into place and pull them down to elongate. There are no hands. 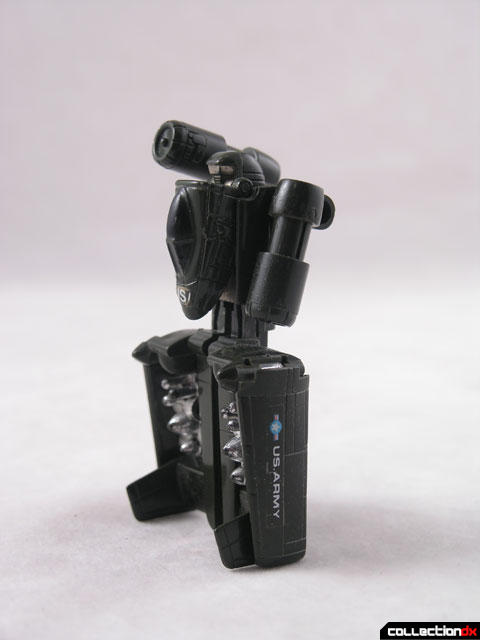 The legs don't move at all, and while the arms do move, they look odd being hinged at the back. 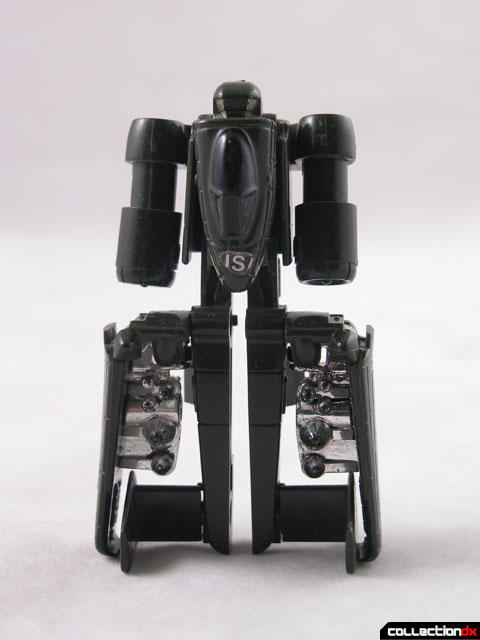 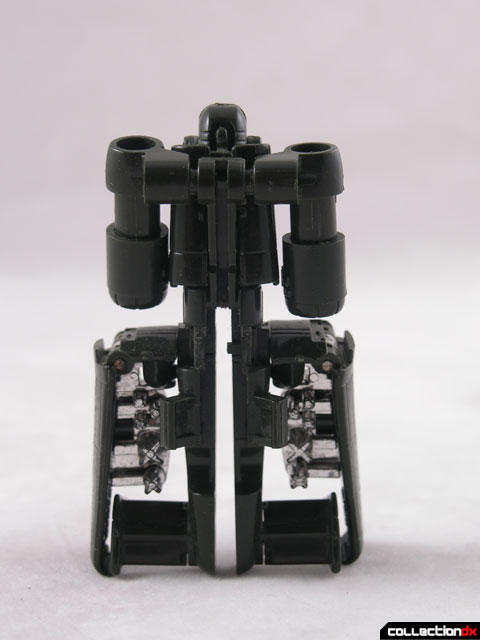 When done you have a stocky, menacing robot figure. For once, the Gobot name is better. This is a Bad Boy Indeed!

Oh, I like 'em! Then again, I've always had a thing for the ones that turn into planes. This one in particular is badass though, because of having jet engines for hands. Most of the time I think it's hilarious when something transforms with unfortunate hands...but man, this one takes the cake! Jet engine hands. He won't be doing ANYTHING. I love it.