Chikkun Takkun (チックンタックン) is a Japanese manga series written and illustrated by Shotaro Ishinomori. It was adapted into a 23-episode anime television series by Studio Pierrot and aired on Fuji Television from April 9, 1984 to September 28, 1984.

The series revolves around an alien duck named Chikkun and his advisor Takkun, trying to stop an alien mad scientist from invading Earth. I've never seen it but it seems pretty crazy. Toys from the series are obscure and only the hard-core seem to want them. Jitabata Mechatan is Chikkun's bodyguard robot.

Gakken (known for their Mospeada toys) had the license and produced a variety of toys at different price points.

This is the DX version. Fully transformable, loaded with gimmicks and high quality. I loved this toy.

The box is stunning. Rich graphics with a large see-through window. 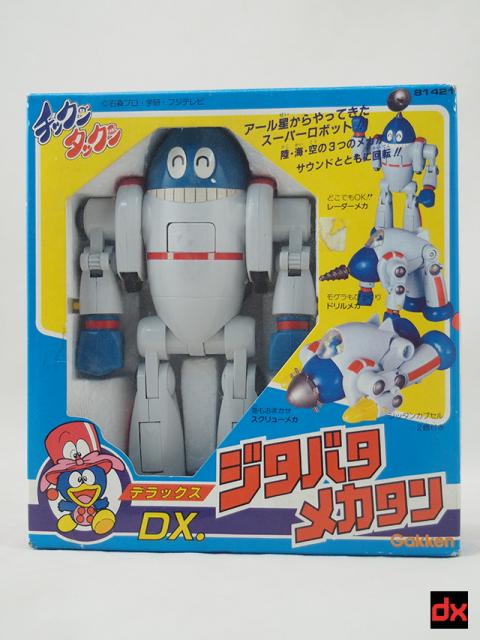 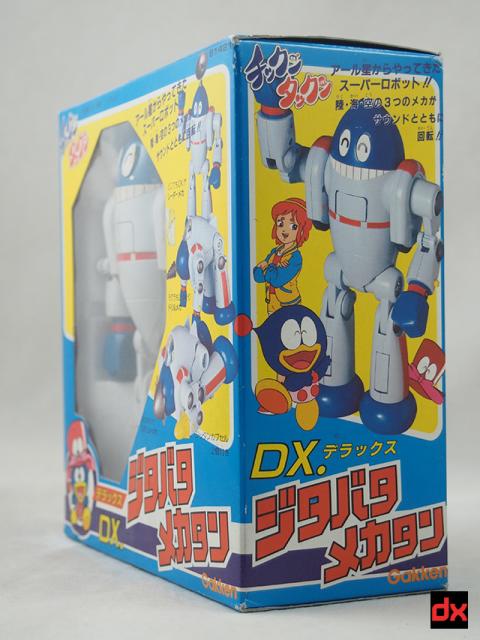 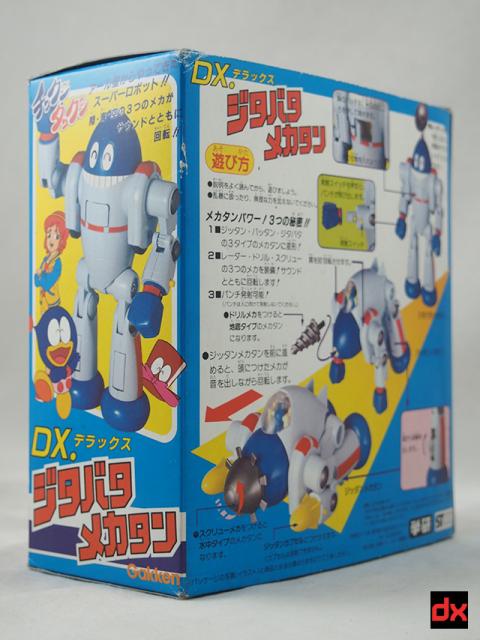 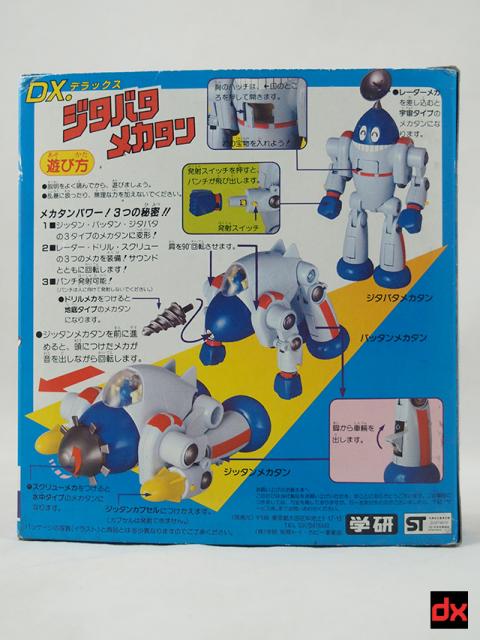 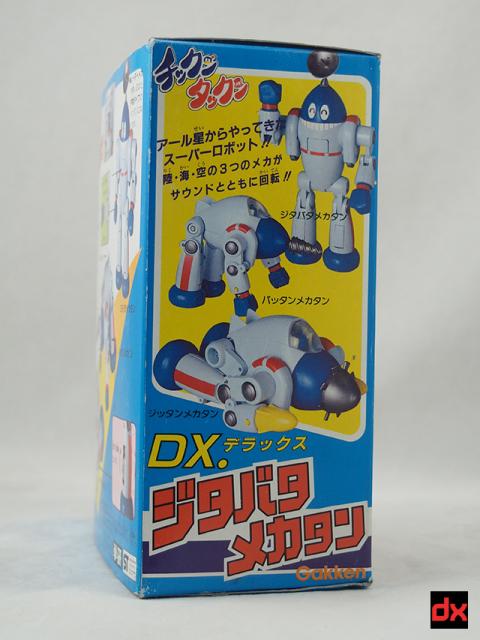 Inside the toy rests in a beautiful styrofoam tray. 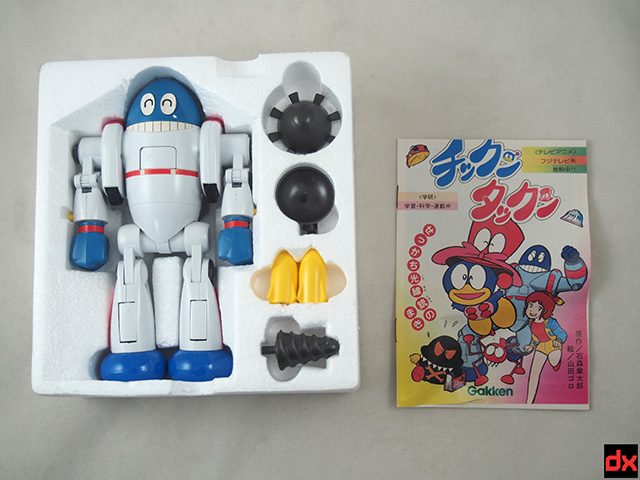 Jitabata Mechatan is the robot mode. He's got some nice clicky joints at the shoulders, elbows, hips and knees. 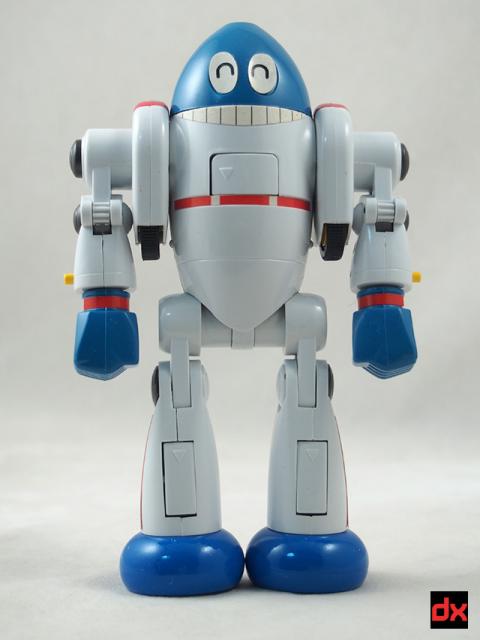 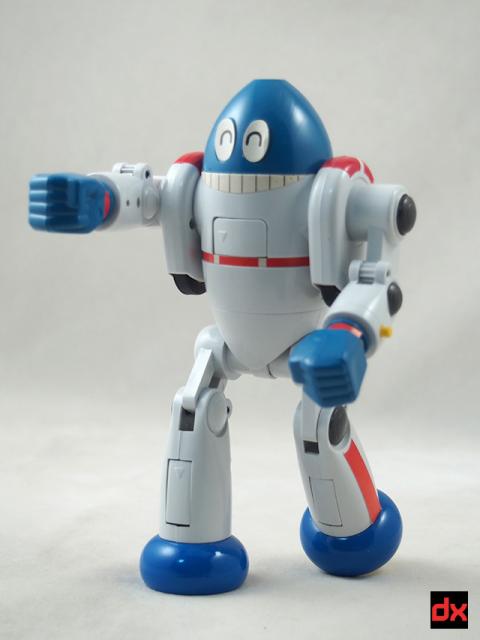 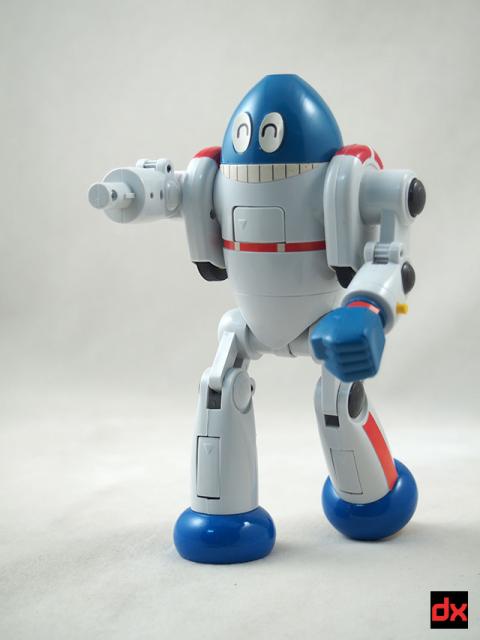 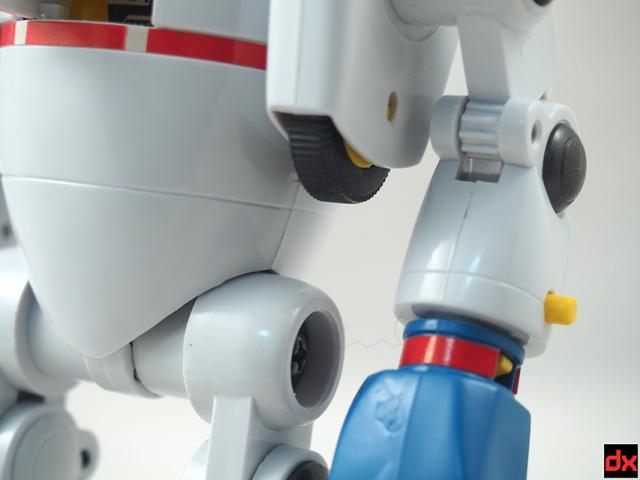 A radar dish can be placed on the top of his head. 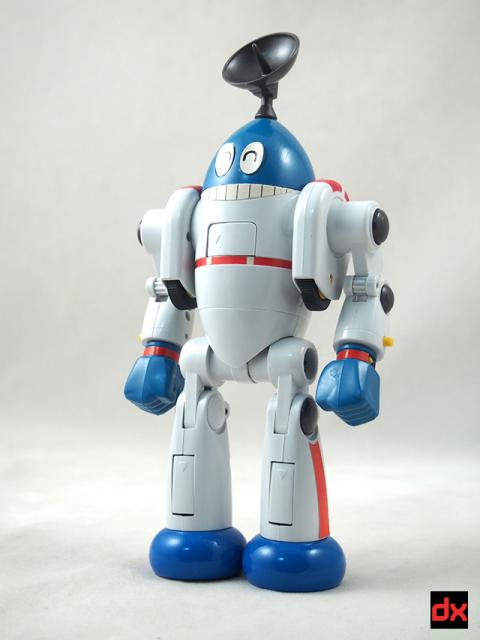 The small door on the chest opens. For what purpose? I have no idea. 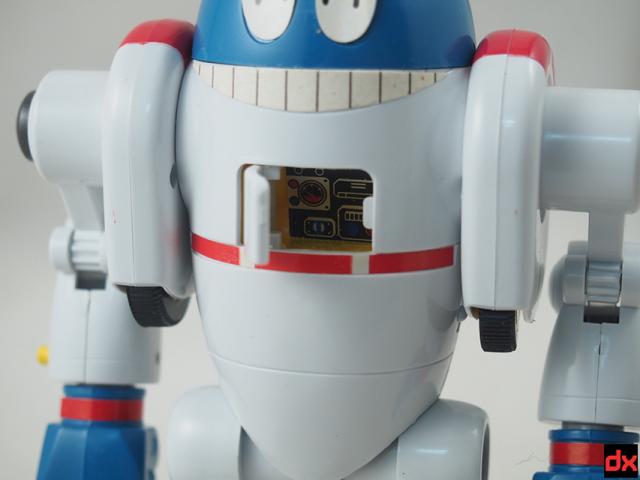 Batten Mechatan is the walker mode and it resembles a Mole, with the drill attached to the front of the nose. 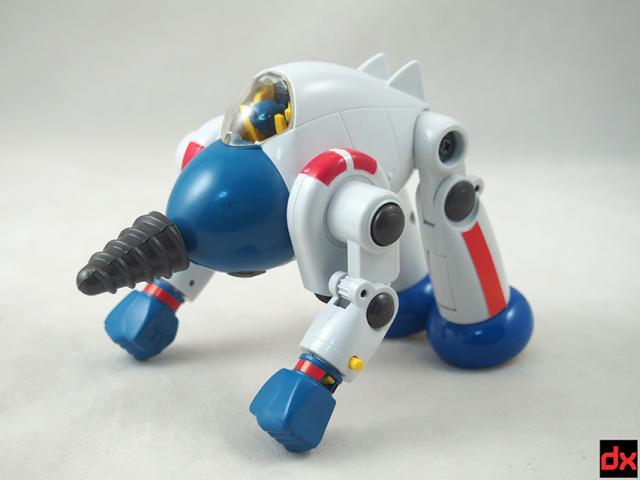 If you were to roll the rubber tires, the drill would spin. The cockpit on the back is designed for Chikkun. 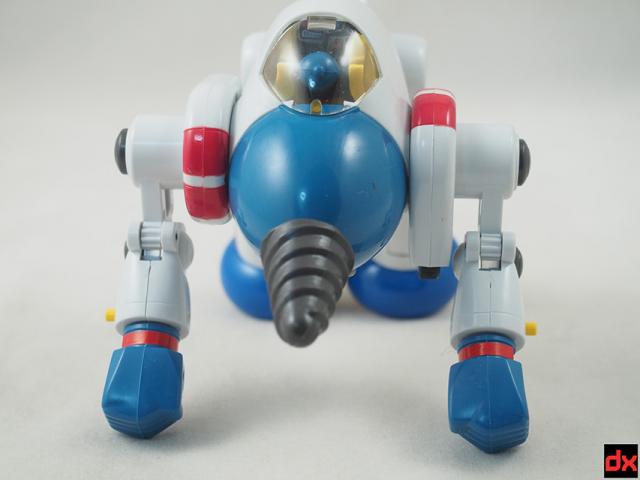 In this mode you can get a good look at the manufacturer's stamp. 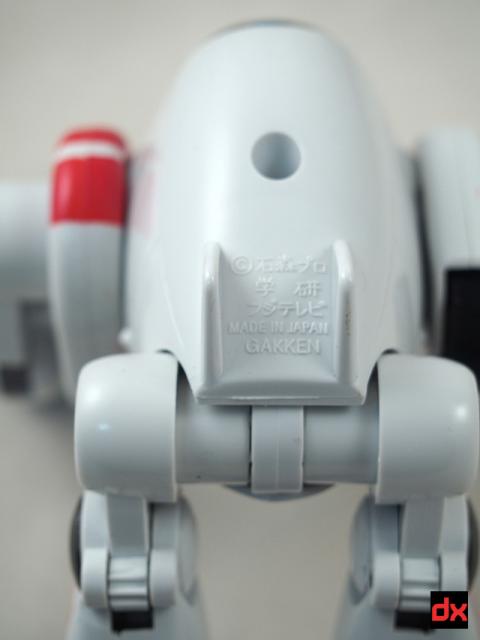 The next mode is Jittan Mechatan - the jet mode. To get into this mode the fists need to be removed and the metal landing gear need to be folded out from the leg panels. 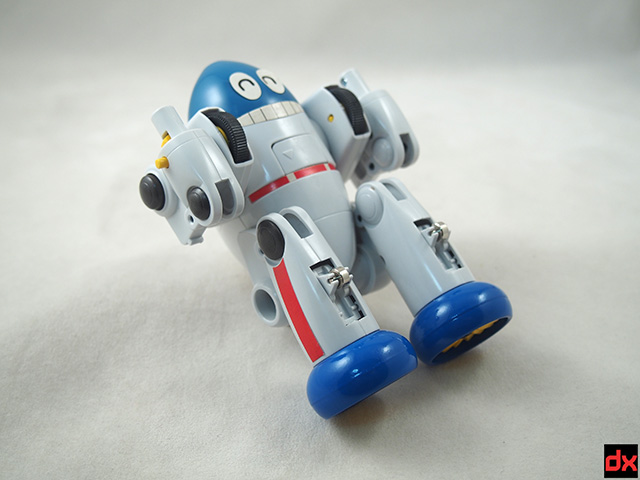 Replace the fists with the yellow missiles, and replace the drill with the propeller. 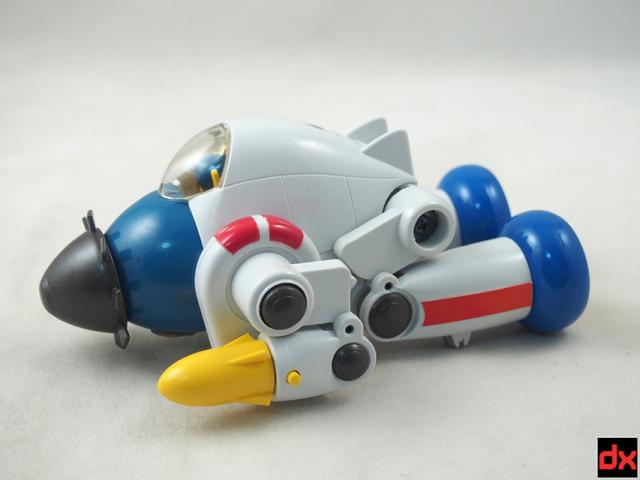 Now when you roll the toy on the ground, the propeller spins. 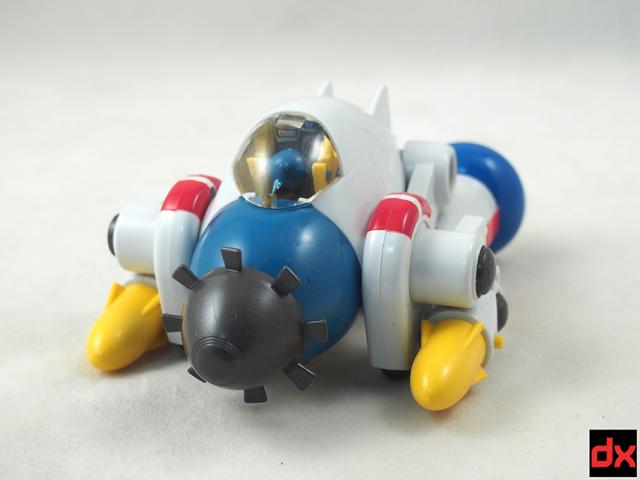 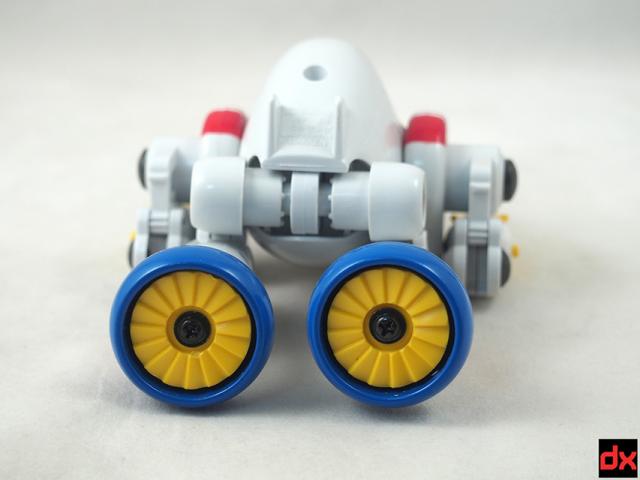 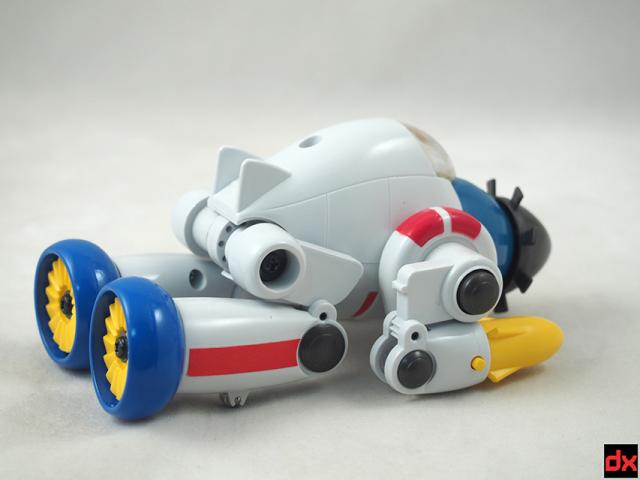 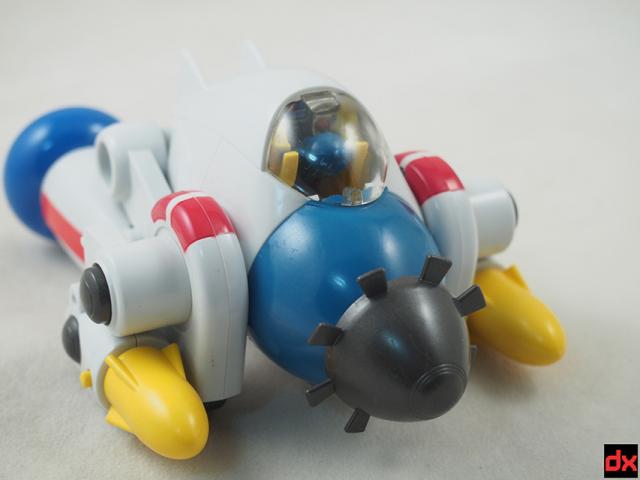 The catalog included is fun - it shows all the releases in the line along with their original pricing. 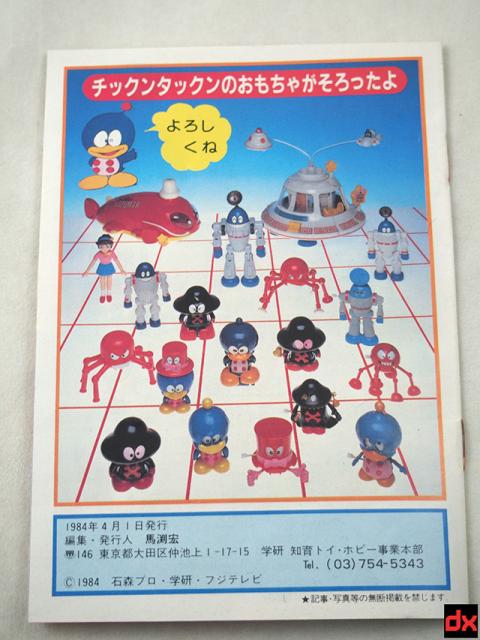 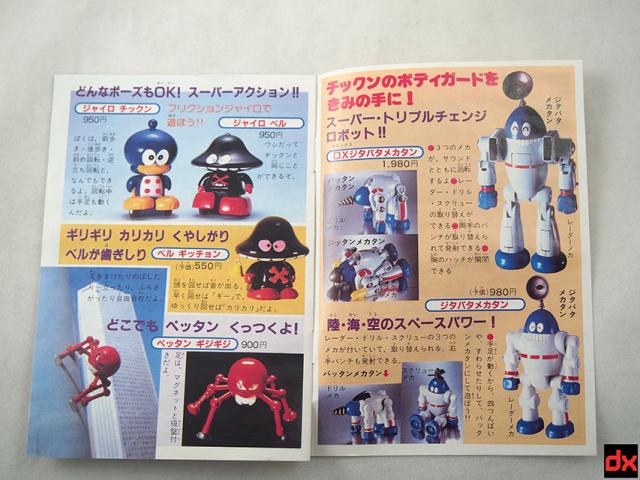 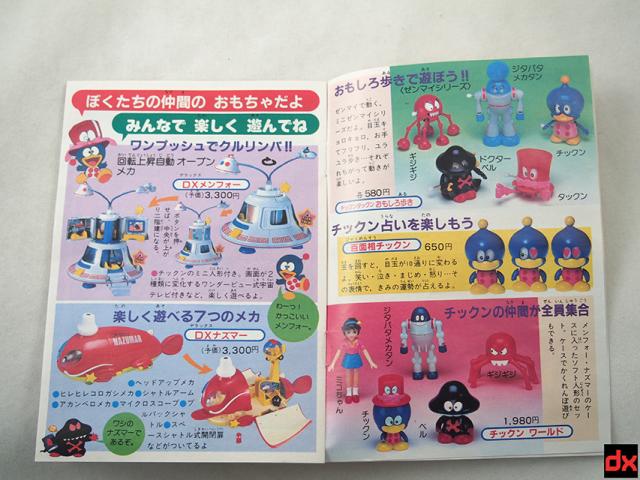 2 comments posted
Never heard of this.

But seeing the characters, brings a certain deja vu feeling. But that toy is awesome! It reminds me a little of super robo galatt. Gland you shared this with us. :)

Glad you liked it, and thanks for reading!