It seems there is no place I won’t go in my quest to get as many toys of Voltron 1 as I possibly can. Each time I make a purchase I am amazed at the depths to which I have sunk. 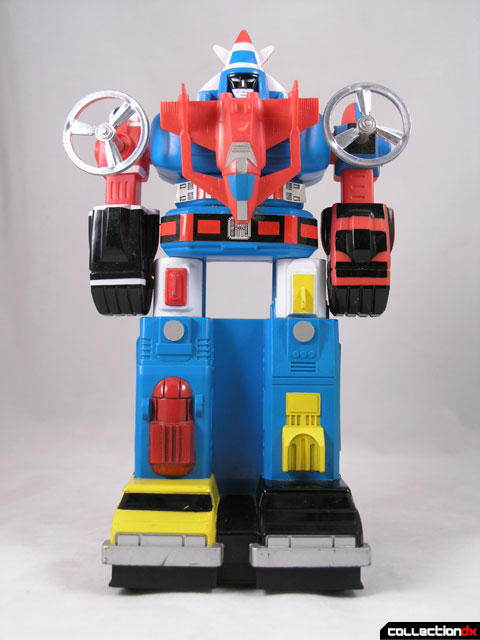 In this case, I managed to track down on of the few American exclusive Voltron 1 toys made by LJN. This one is called the Computer Control Vehicle Force Voltron. He stands about 11” tall, and is actually a pretty nice representation of the character. The arms move, but that’s about it. He comes with a sword, but I, unfortunately, do not have mine. 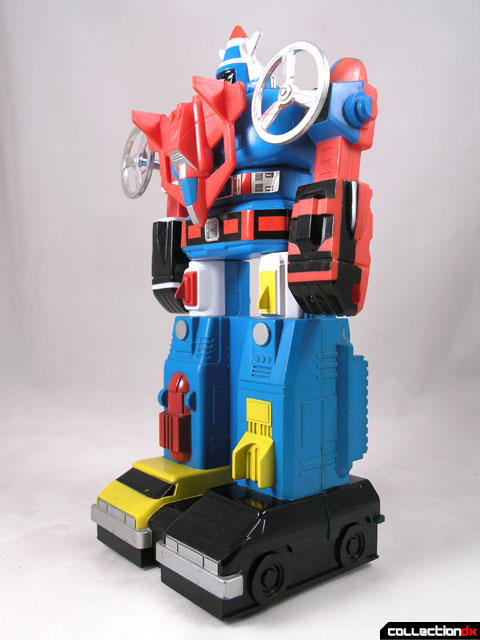 The Computer Control Voltron has a control panel on the back, on which you can program a series of moves. For example, if you press the up button 3 times and then press GO, Voltron will move ahead three cycles. He is battery operated, and the battery compartments are under the feet. 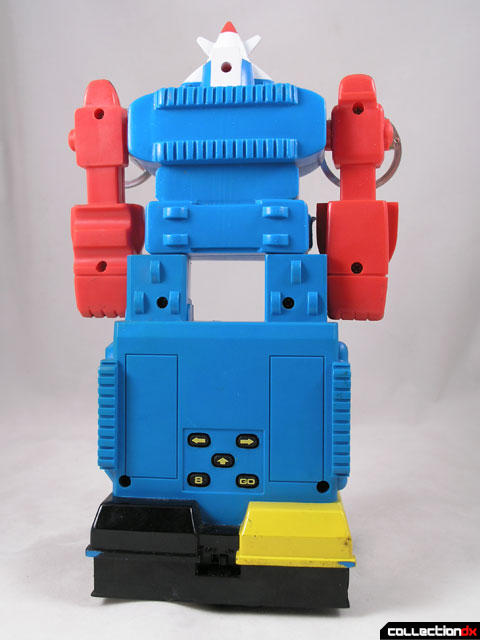 The toy comes in a giant window box that is almost never seen intact.

LJN also made a Lion Force version with the same Computer Controls.

I kind of dig this toy, largely because of the character. I’m sick, I know…..