If you've read VF5SS's Convertors City review, this is essentially the same toy. The only difference here is the packaging and the included sticker sheet.

City Robo is from the Gokin Robo Car sub-line of the Gokin Robo line by Mark. These would later be imported into the US by Select as part of the Converters line. Note that in English it says City Turbo, but in Japanese it says シティロボ (City Robo). Either way, the toy is based off of a 1984 Honda City Turbo, which was never released in the US (as far as I can tell.)

The package is just awesome. Mine is a bit faded but you can see the familiar Gokin Robo logo at top. 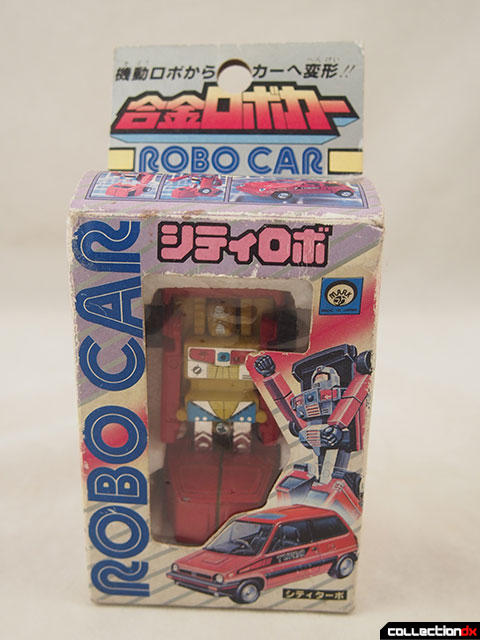 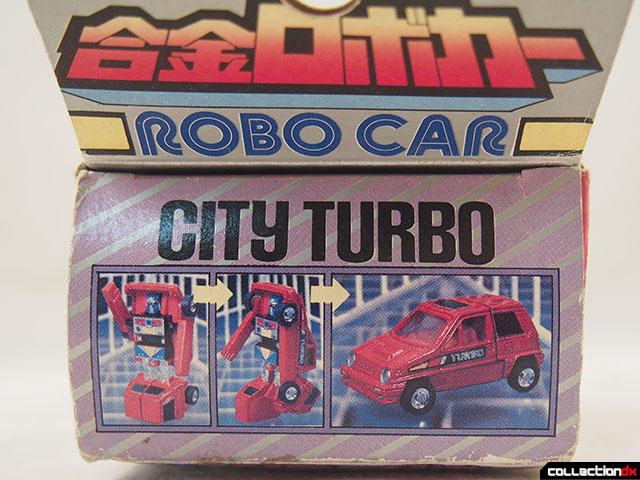 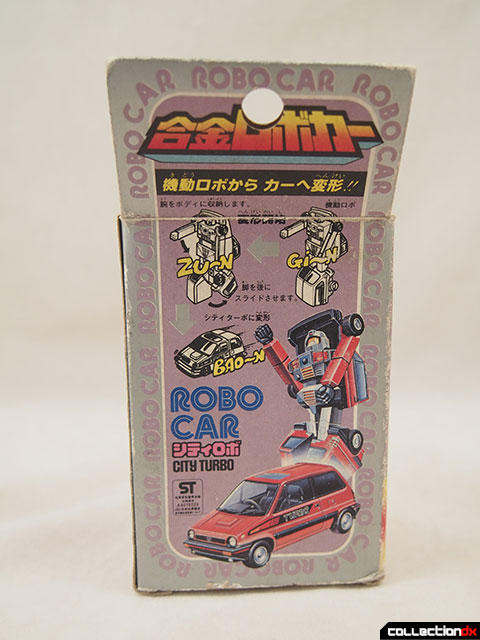 Inside, the toy rests in a Styrofoam tray, with the stickers on a sheet. 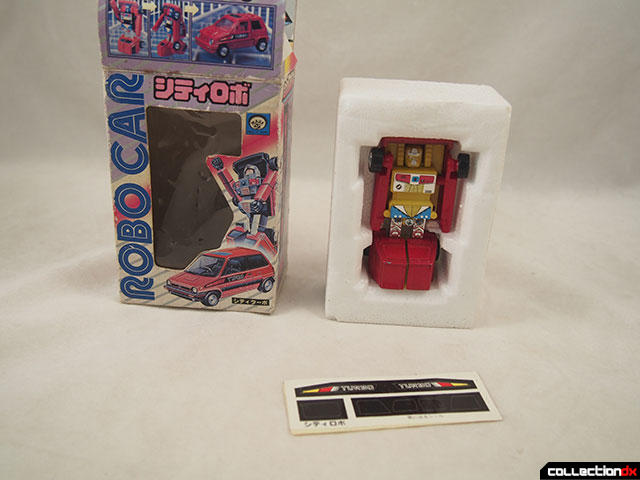 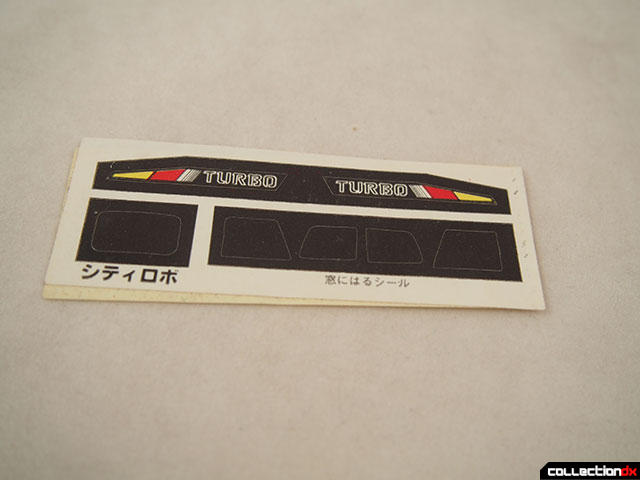 Otherwise, the toy is exactly the same as the Convertors version. 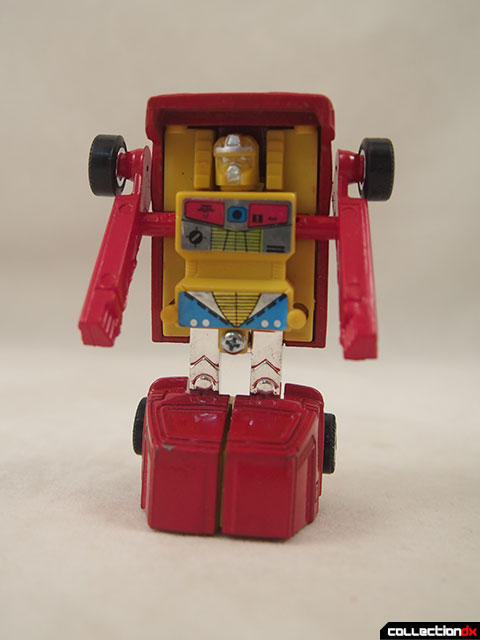 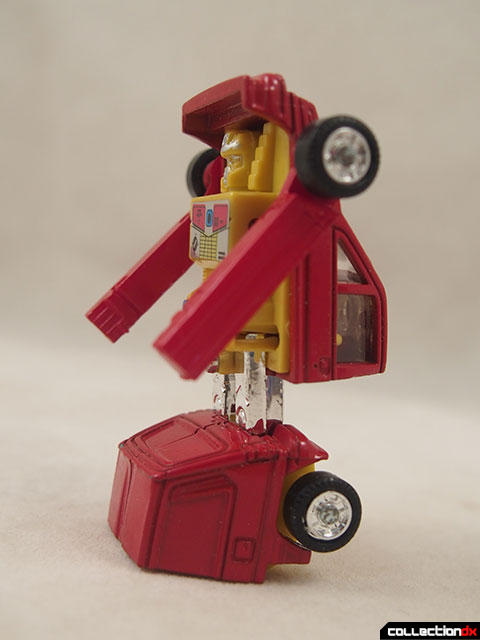 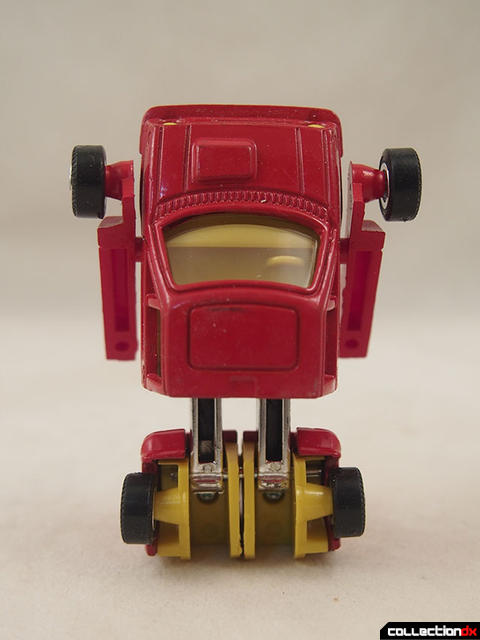 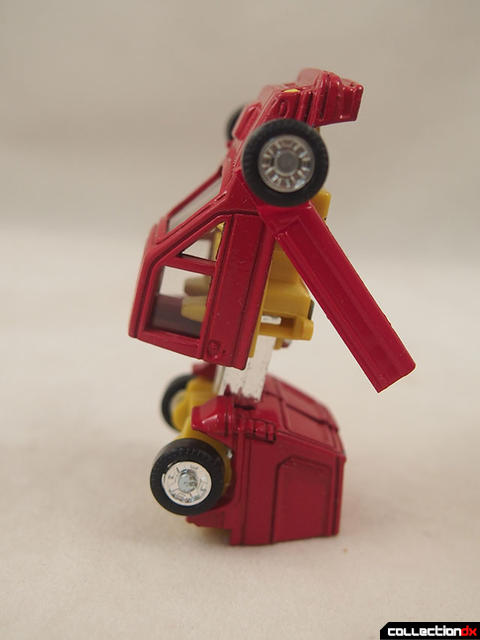 Wether or not the package and sticker is worth tracking down the original version is up to you.