The VV-54A Calibur is the standard issue of the Mugen Calibur, the hero mech of Special Armored Battalion Dorvack. Note the lack of the "Mugen" in the name.

The idea of having a "hero" version and a "grunt" version of a mech in an anime is not an uncommon one. Having them share designs allows the toymakers (who were the primary sponsors of anime back then) to basically double the amount of toys they can make from essentially the same mold. Macross, Orguss, Votoms and others all followed the same pattern.

This toy shares mostly the same mold as the Mugen Calibur, with the only difference being the head mold, and of course the different colors.

The box is unique to the the toy, with awesome art throughout. 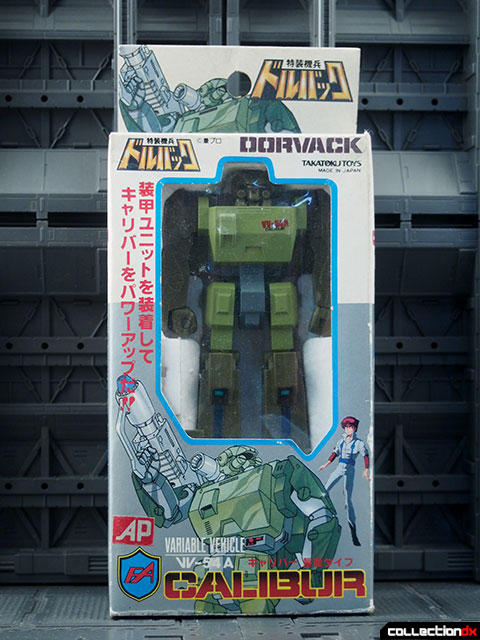 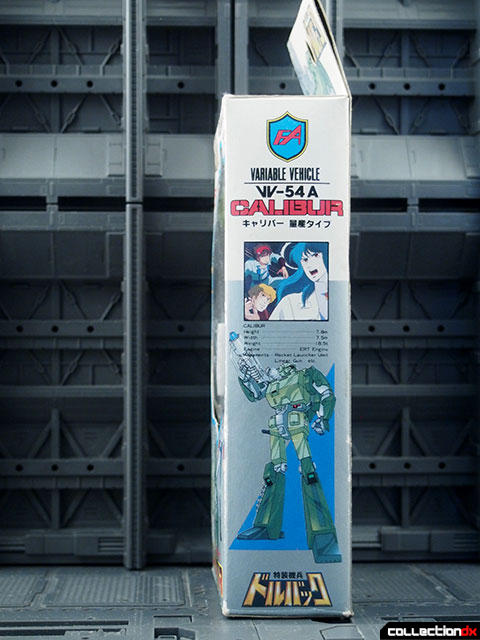 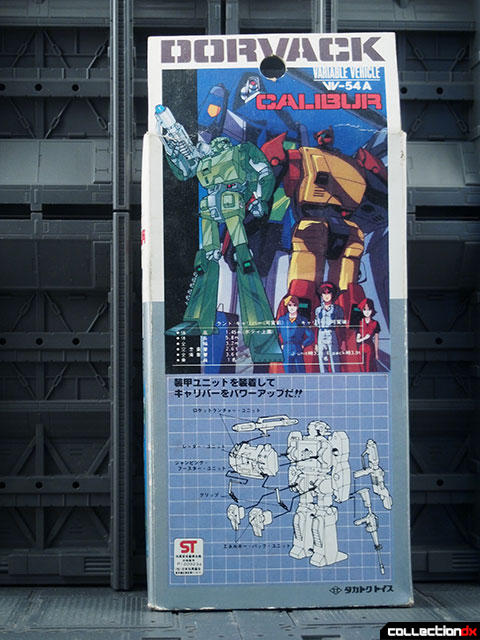 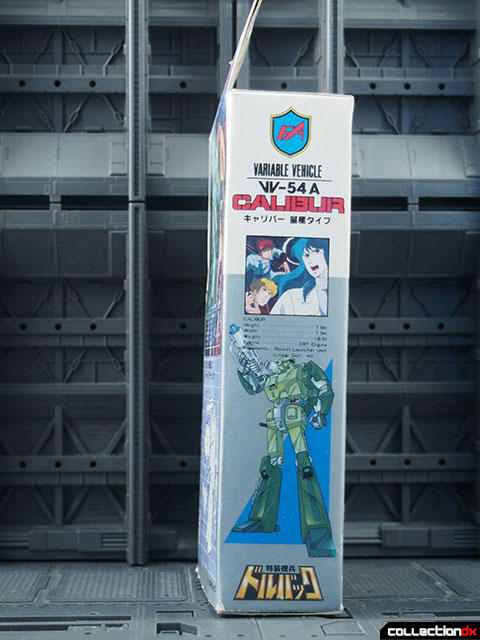 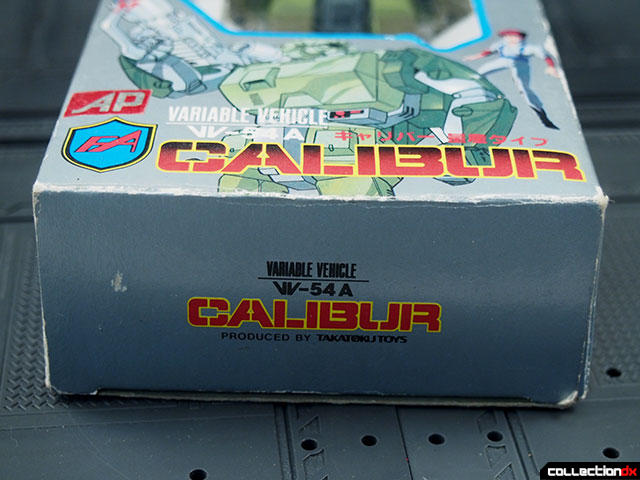 Inside, a styrofoam tray holds all the parts. 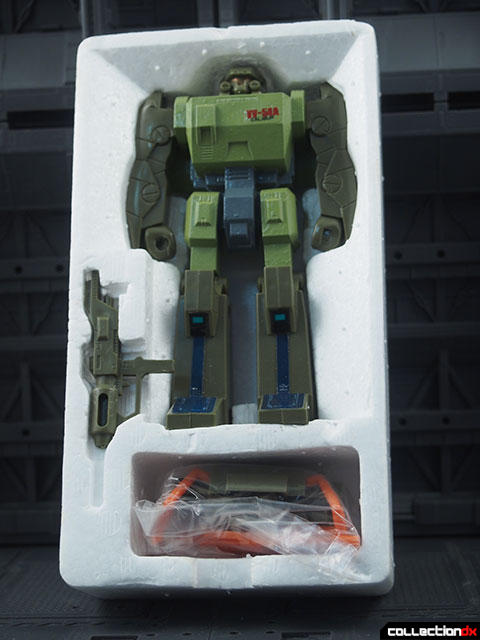 The toy features a diecast body with rigid ABS plastic limbs. The arms and head are notoriously tight, so take care when moving them. 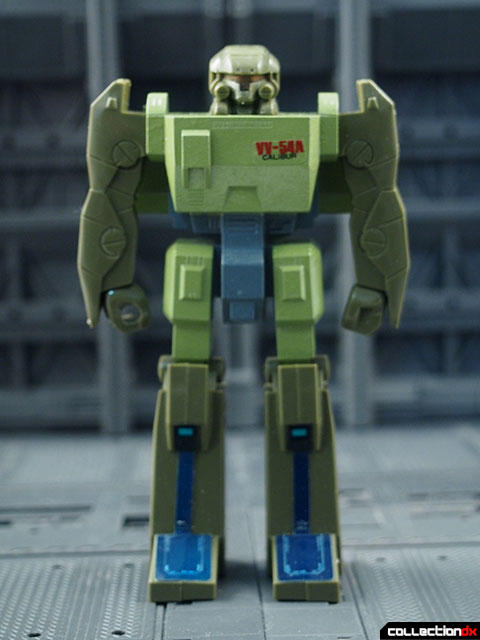 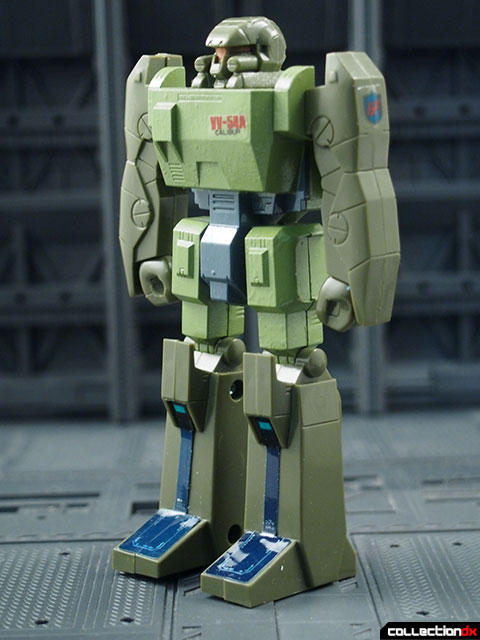 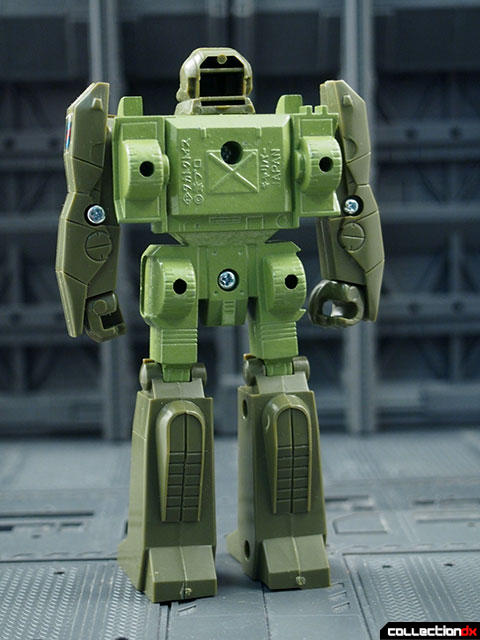 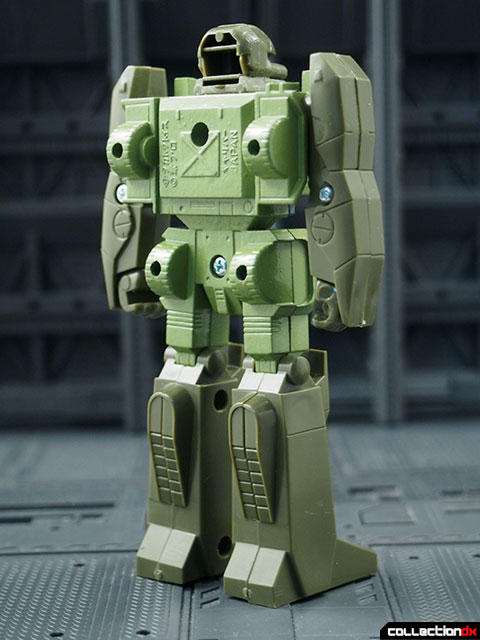 The same armor parts are also included that snap on to the figure. The colors are reversed from the Mugen Calibur. Once again, this makes sense as you can include the color parts together in the same steel mold, cutting down on costs. 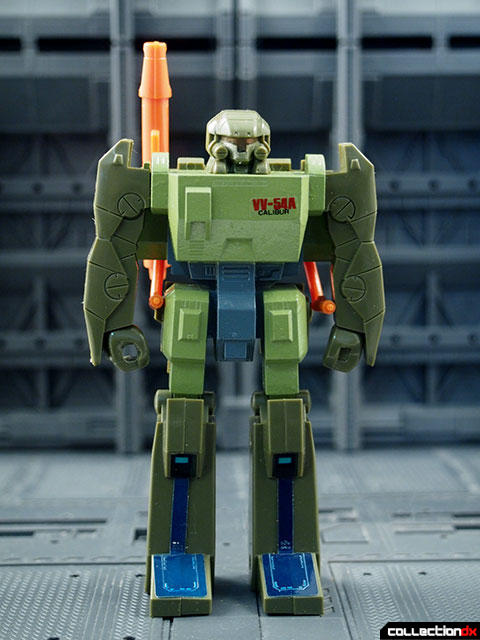 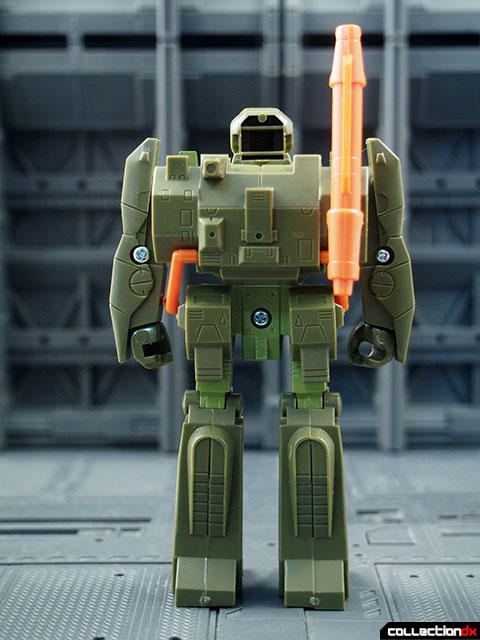 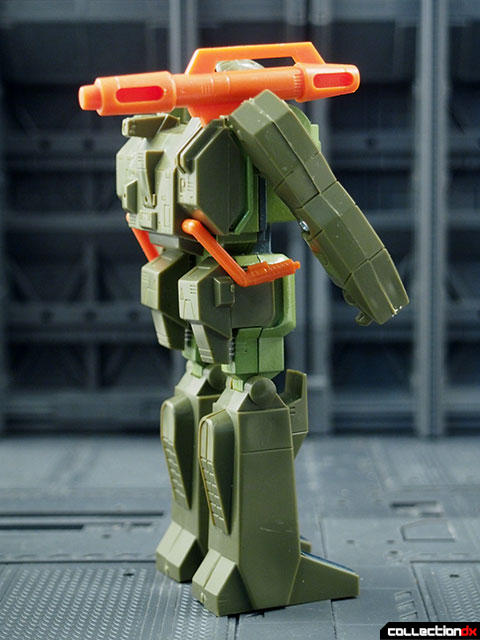 A new weapon is included with this release, a bazooka. 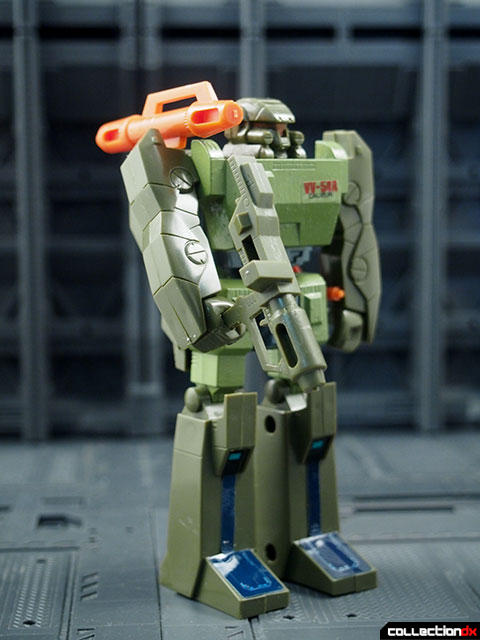 Of course, the standard rifle is included. 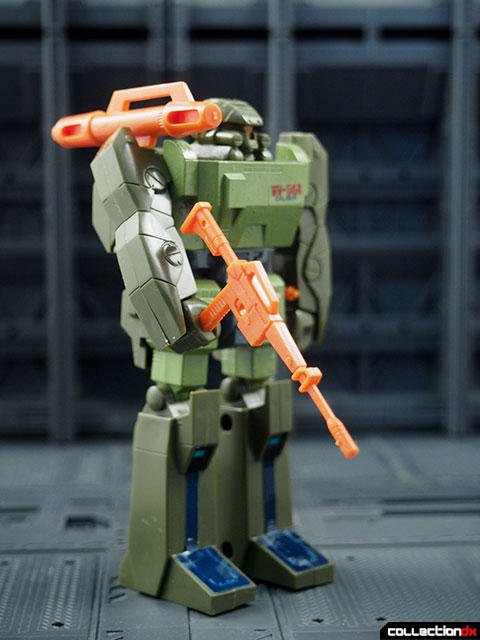 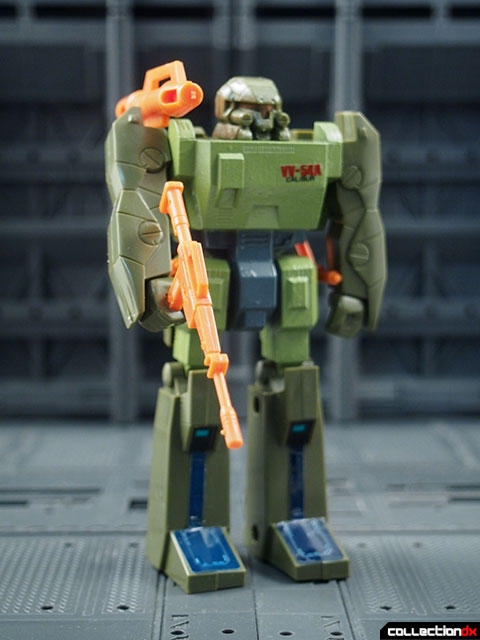 Thus ends the second mold of this toy. But it does not end here...

LOVE that head. Now that I look at it, reminds me of Master Chief.