This a weird one. I've known about this toy for years but only just this year decided to pull the trigger on it. It was released as part of the Convertors line by Select, but like all of the releases in that line, it's true orgins lie elsewhere.

At least, I think it does. Little is known about this toy and where it came from. There are no makers marks, aside from a "Made in Japan" stamp at bottom. But seeing as how EVERY release in the Convertors line comes from another line, it's a good guess this one does too. 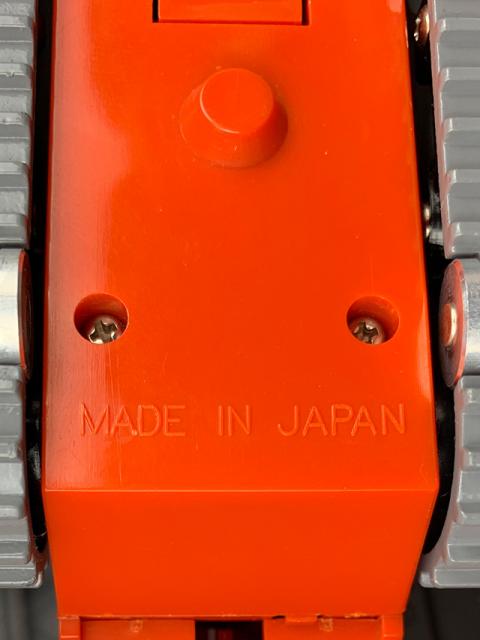 All I have been able to dig up is that there were two different releases (Japan and Taiwan manufacture) and it was sold in the US and possibly Italy. I've seen a photo of the box with a KB Toys sticker for $12.99 from the 80s, so we know it was at least sold there. Here it came in a colorful box and was part of the "Jumbo Defenders" subline, of which it was the only entry. 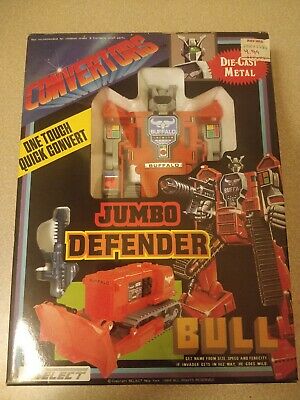 Note that although the toy is called Bull, it has BUFFALO stickers all over it.

The toy itself is pretty bad. It has good ideas, they are just executed poorly.

In bulldozer mode, the solid metal treads have metal wheels for it to roll around on. The blade lifts up and down, but does not tilt. 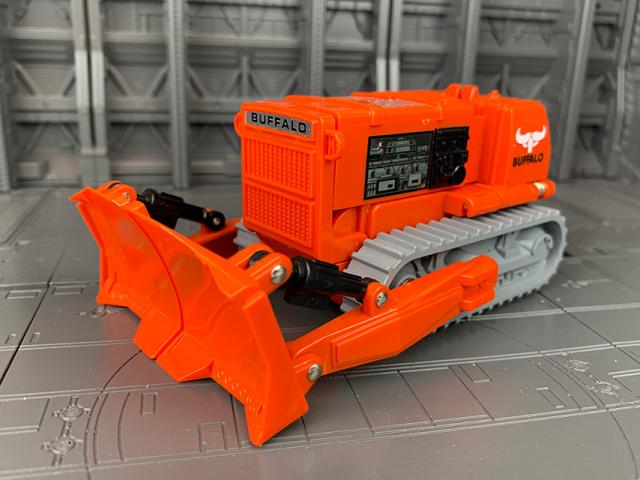 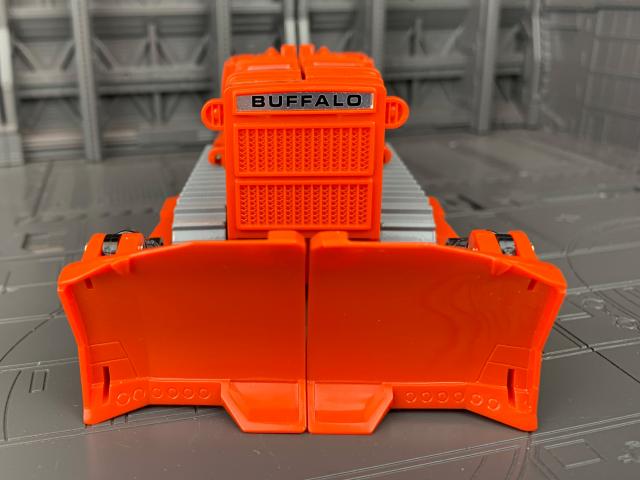 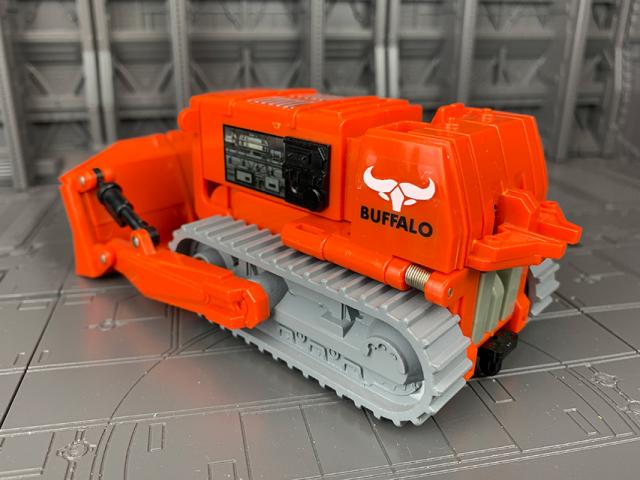 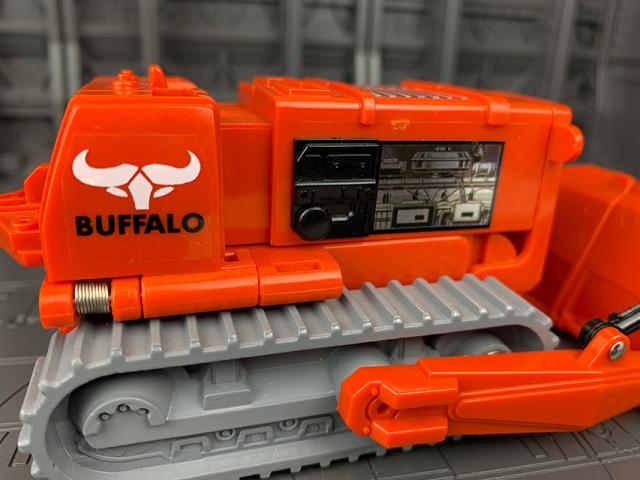 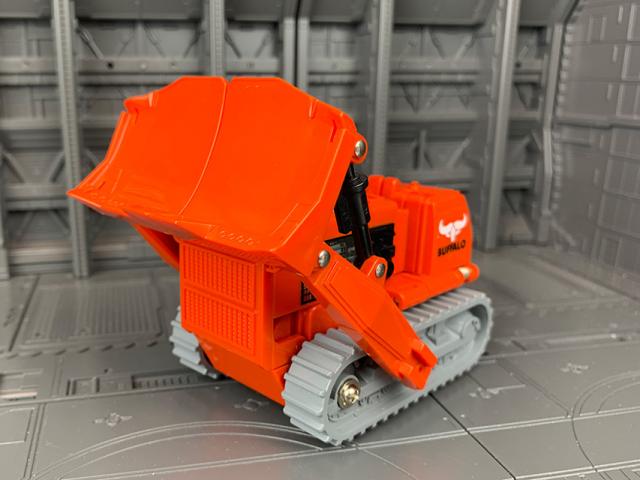 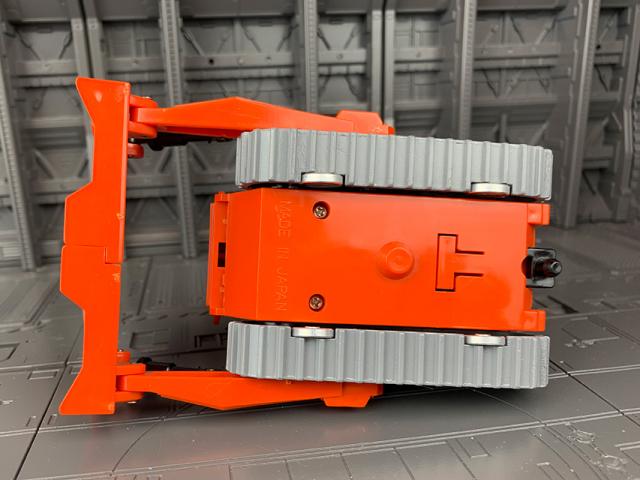 To transform it, lift the body up and flip down the treads. This will be easy to do because the treads don't click in anywhere, so they just sort of flop down. Swing around the blade and that becomes the feet. But again, nothing locks into place, so its a precarious balancing act. 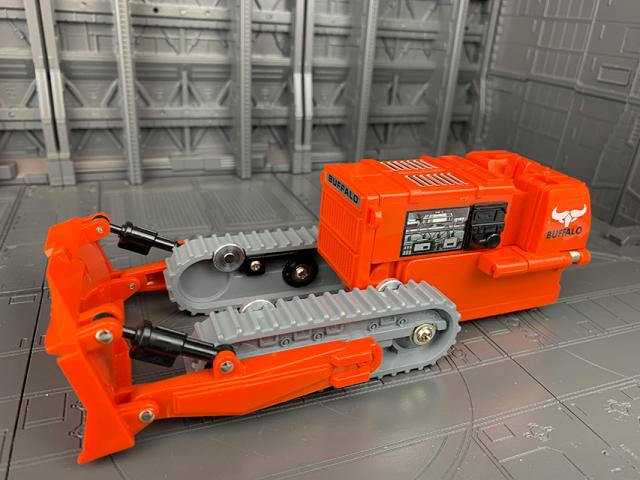 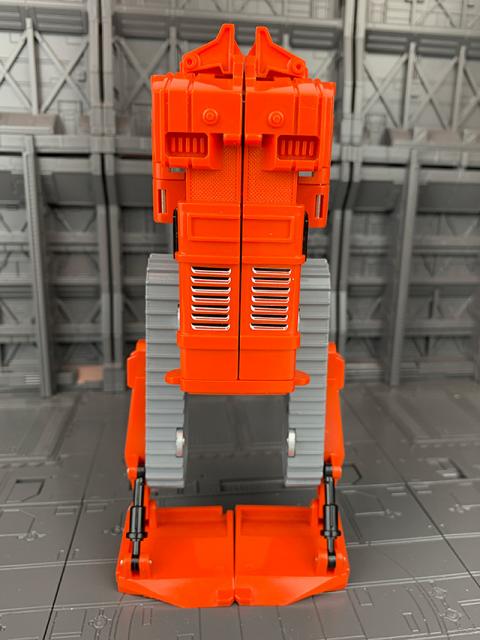 The body has a "one touch" transformation, in theory. Press the black button on the back and the head springs up, and the arms are supposed to spring out. One of them never does. Once they are out, there is nothing for them to plug into, so they just sort of flop around. 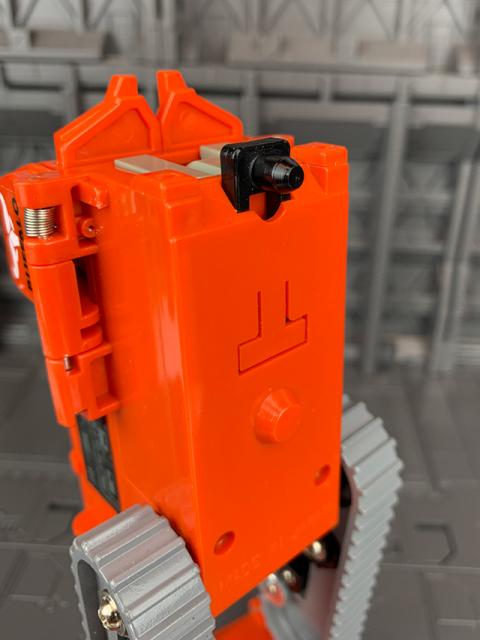 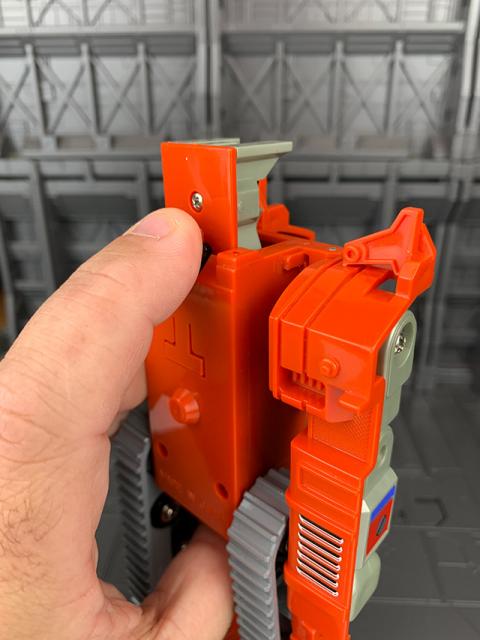 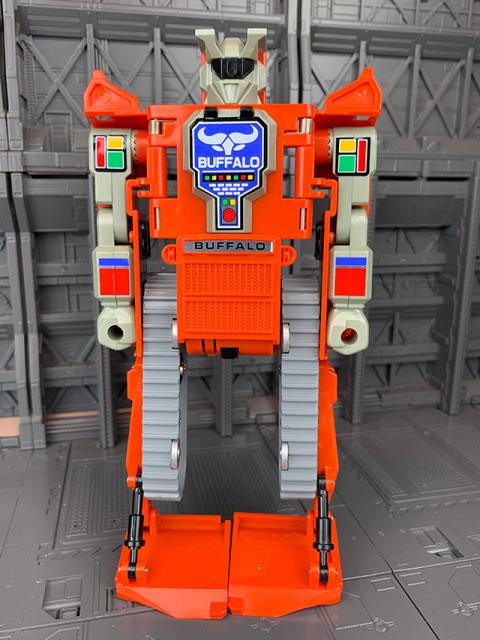 The shoulders have clicky detents, and the elbows bend, but that's it. There is a cool gun that fits either hand, but has no place to store in vehicle mode. 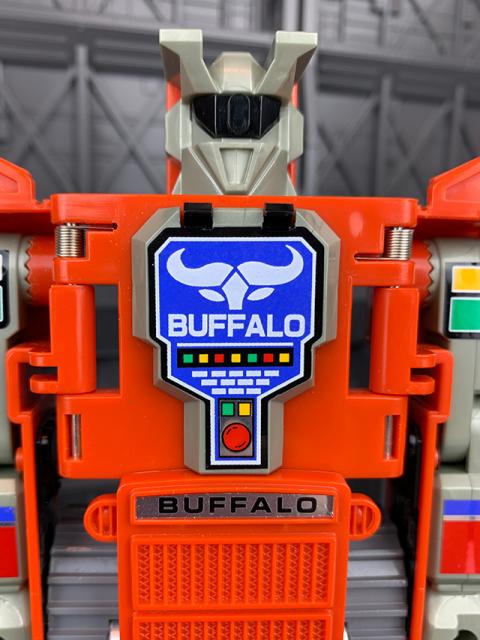 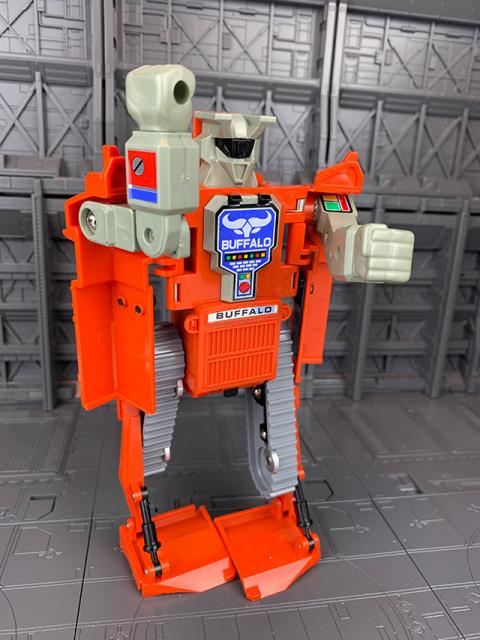 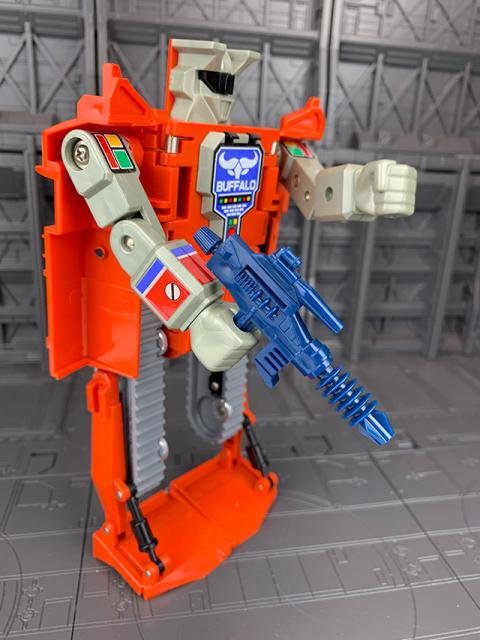 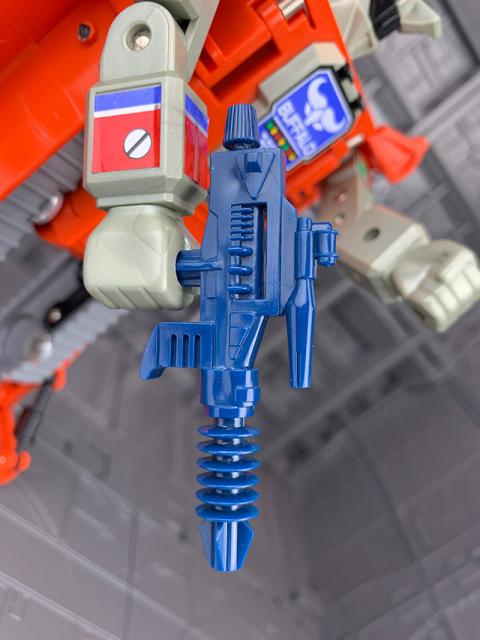 Honestly, it's a bit of a letdown. I have heard it was kind of crappy, but I had hoped it was just a rumor. Sadly, it is not. It's also fragile. I broke off an orange tab that keeps the blades together while transforming it. 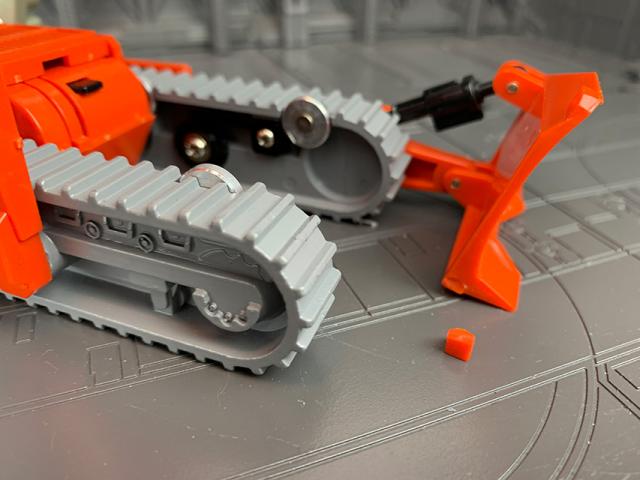 Still, I am glad to have this oddity in my collection.