Battleship Robo is the original Japanese release of Cpt. Nemo from the Convertors line by select. This toy is a ticking time bomb. It is a hand grenade with the pin pulled. Why? If you know anything about vintage Japanese toys, you know there is a certain type of metallic blue plastic that was commonly used that becomes exceptionally brittle. This toy is almost entirely made out of that plastic. I fear even touching it.

The box is plenty sexy though. And look at that artwork! 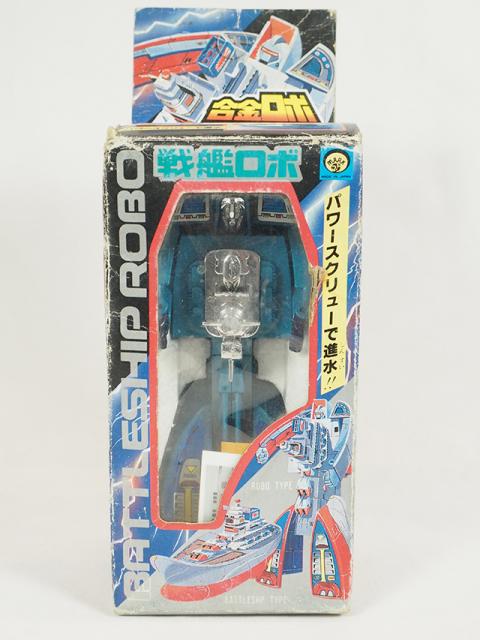 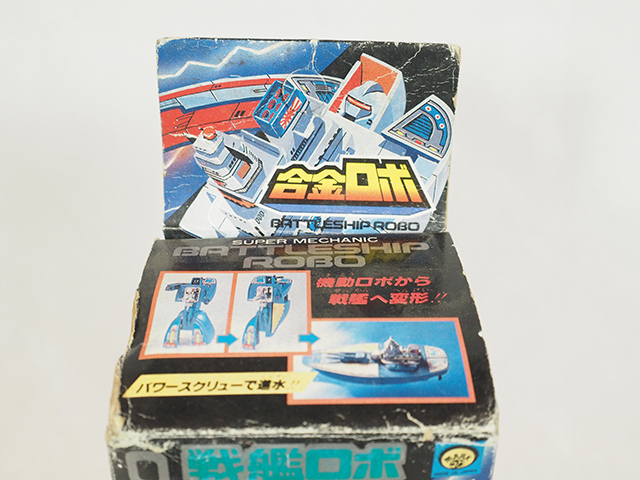 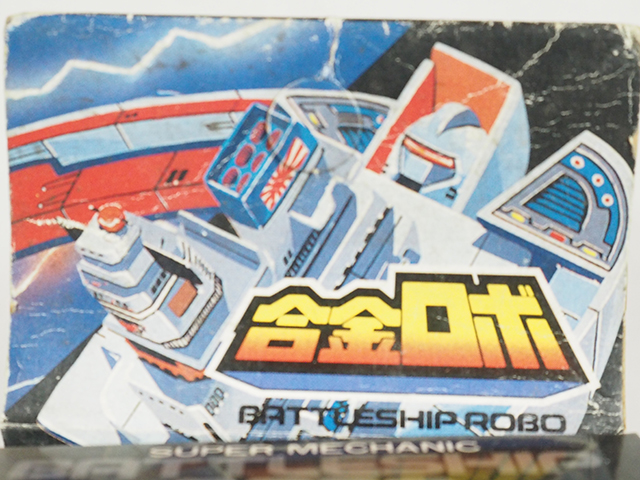 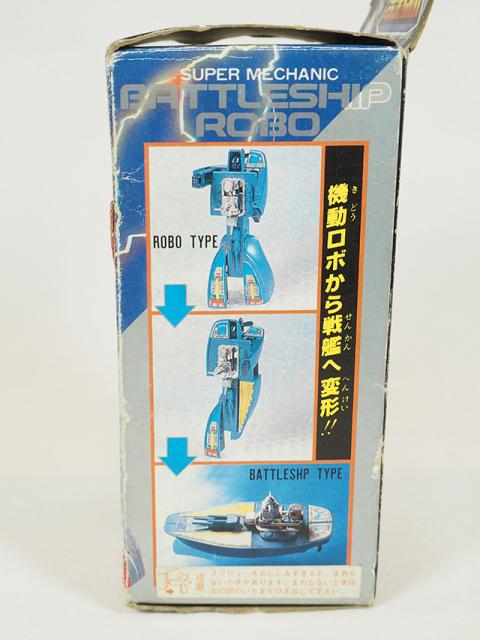 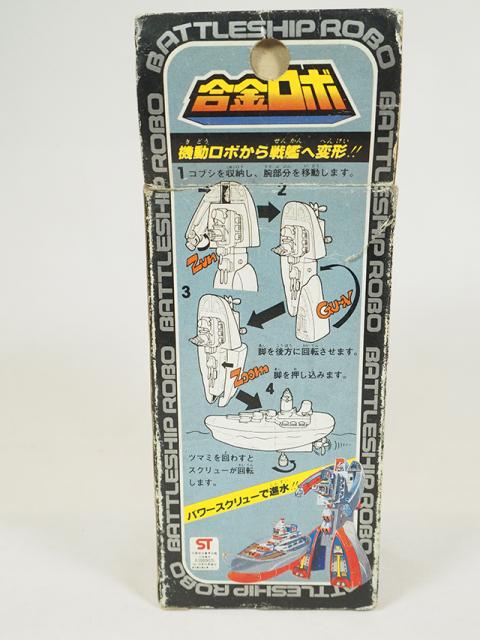 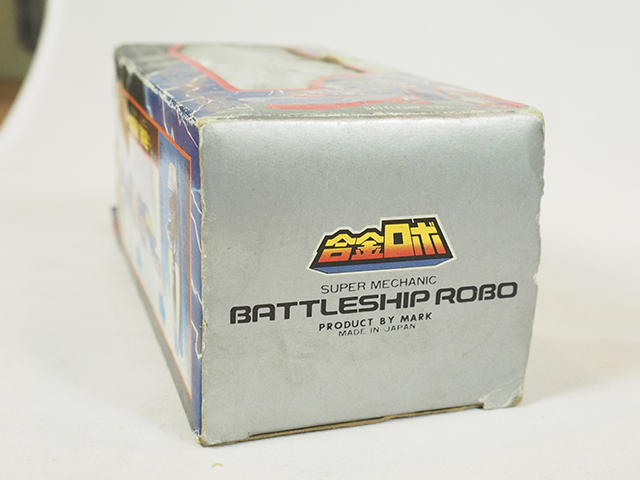 Despite being labeled as Gokin Robo - there is no metal in it other than the rod that makes the propeller turn. The toy includes a sticker sheet, which consists of some labels for the deck, and some Japanese "Rising Sun" flags. The Rising Sun, or the Imperial Flag, was used by the Japanese Army, and is still used by the Japanese Navy. Some say the Imperial flag is a wartime flag, and some have petitioned to have it not shown at the 2020 Olympics. Either way, it's a hot-button issue, so I can understand why it was not included in the U.S. release. 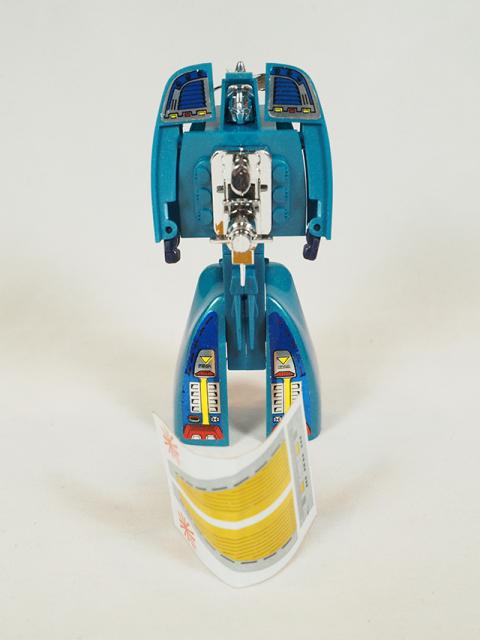 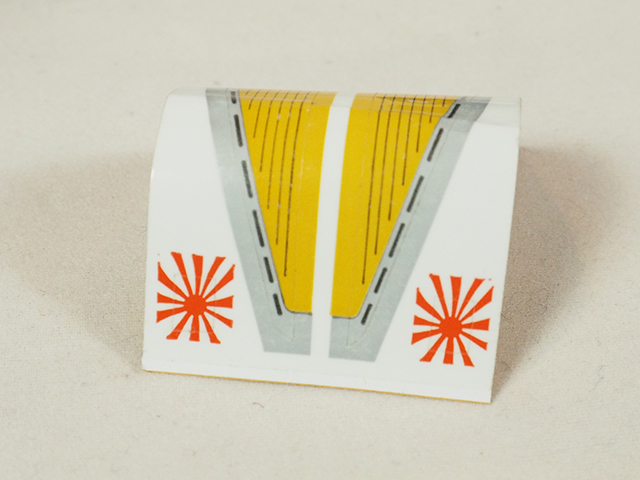 The toy itself is beautiful, with shiny chrome and that cool metallic plastic, But once that gets brittle, the thing will crumble in your hands. It may be due to oxidation, but I am not sure. 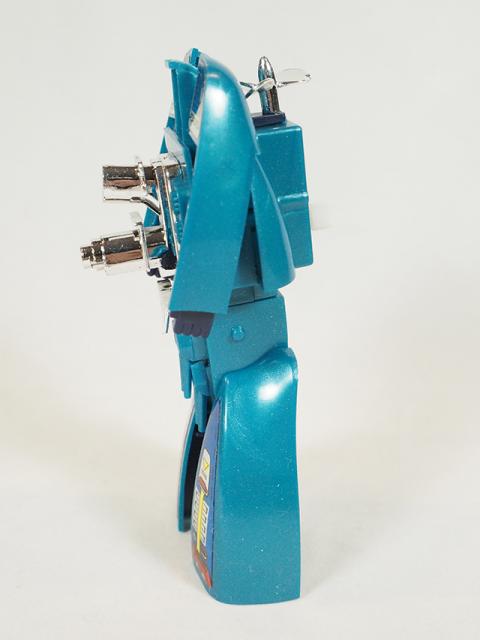 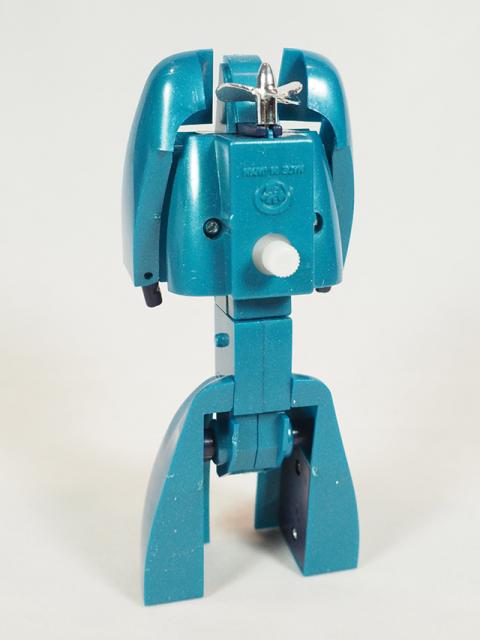 I didn't even transform this, because the last one I did shattered at the hip. You can see the difference in color between the two - I am not sure if this is due to age, or if it's a different color. In ship mode it is a wind up ship that really floats and goes in water. It's kind of cool, but I bet very few survived being played with. 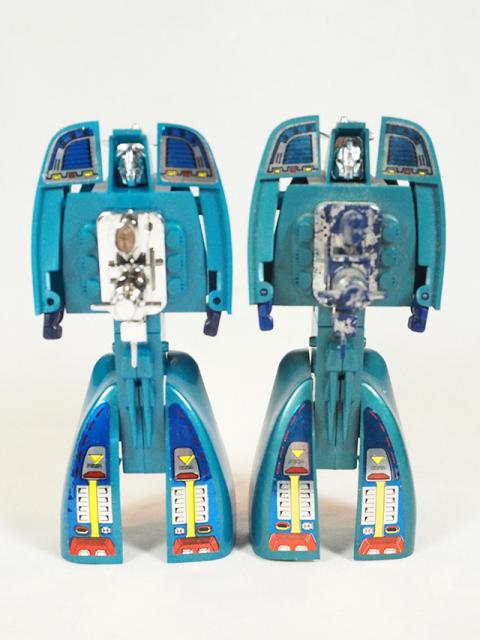 I remember getting one at a Toys R Us. The leg broke off immediately after opening the package in the car. Straight back to the store it went.