This toy was one of the last toys produced by the ill-fated Japanese toy company "Clover" in the late 80s. Drumlo comes from the anime "Aura Battler Dunbine", created by Yoshiyuki Tomino. The Drumlo mecha itself was designed by Yutaka Izubuchi. 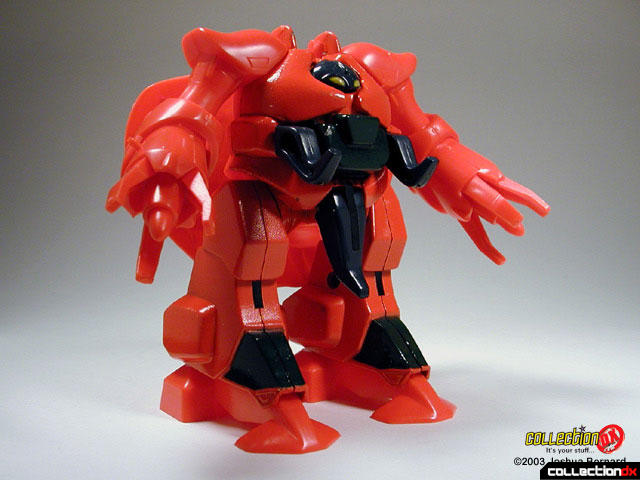 Drumlo comes nicely packaged with instructions, Decals, and 2 small missiles. the missiles fit in the launchers at the end of the arms and fire with a press of a button. 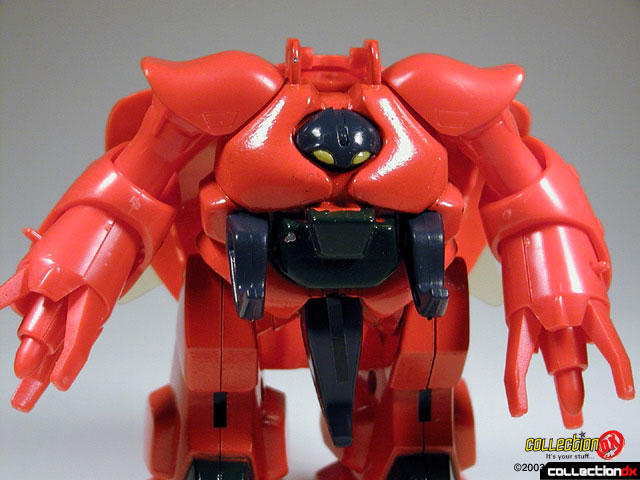 This toy is a brick. This is the kind of toy that if you hit someone in the head with it, you would send them to the emergency room. It is made almost entirely of die-cast metal. 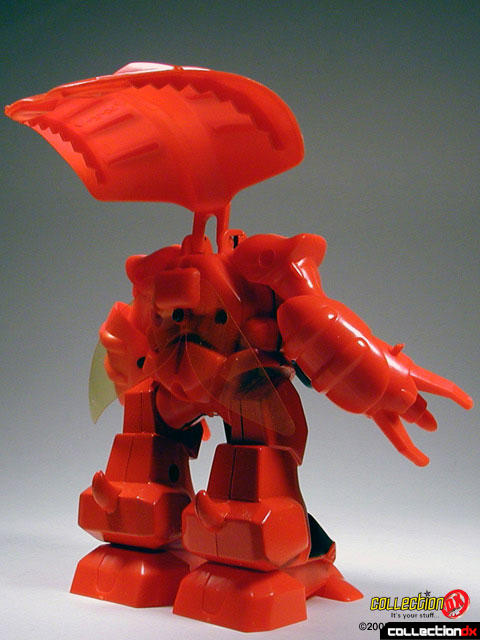 Articulation is limited. You have little movement in the shoulders, legs and feet. Also, the back plate lifts up to reveal a set of translucent plastic wings. 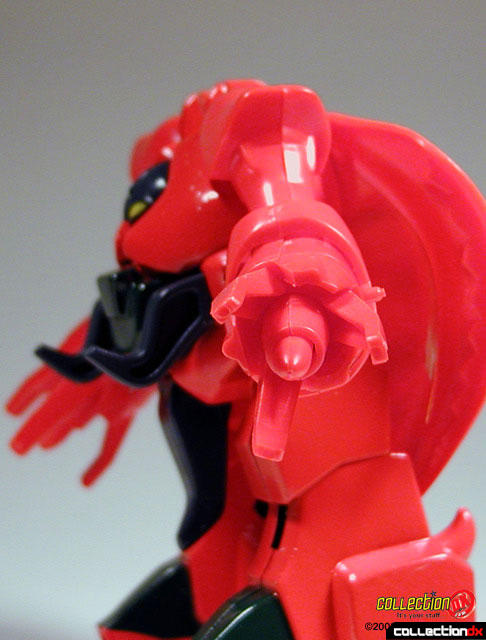 It's a cool toy, but not something that can be compared to today's hyper-articulated action figures. Consider it a testament to the way they used to make toys.