One of the better-known GI Joe A Real American Hero releases is the weapon vehicle known as the Whirlwind Twin Battle Gun, released in the second series of GI Joe toys in 1983. The Whirlwind was a mobile anti-aircraft and anti-personnel twin barrel rotary cannon operated by one gunner that could be hitched behind other GI Joe vehicles for redeployment. 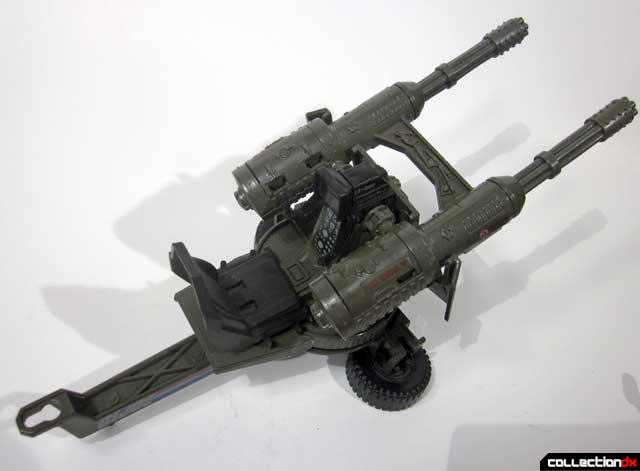 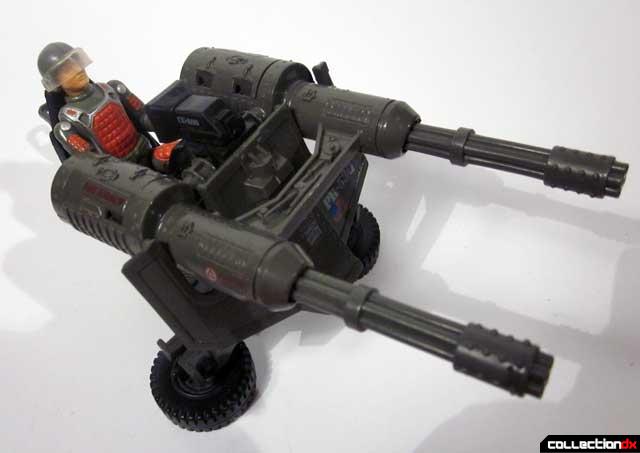 In many ways the Whirlwind fits better with the first series of vehicles released in 1982. The dark green drab color was the color used in all the first series of toys in 1982 and the real military design also fit comfortably in the art design of the previous year. 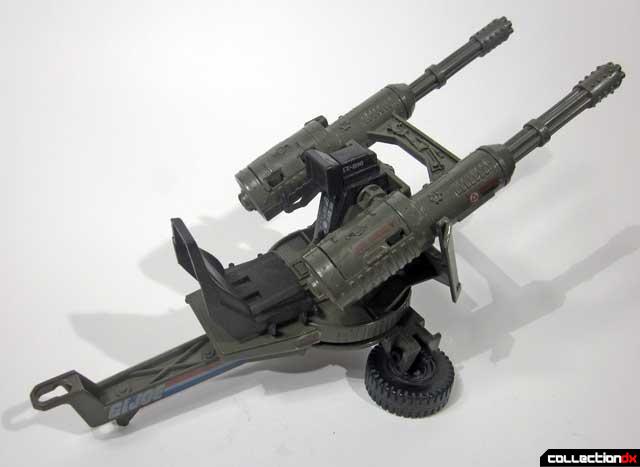 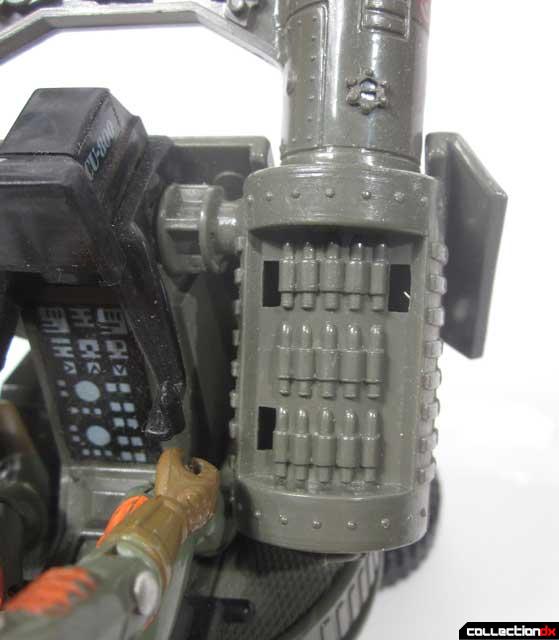 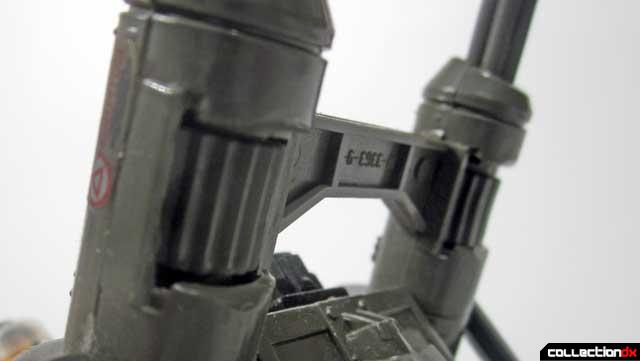 Like many of these first year toys, the sculpting is outstanding. Hatches can be opened up to reveal the ammo and the bottom of the breach is open to reveal a simple mechanism to rotate the cannons. The stickers include a well-detailed screen and control panel and one figure can be seated comfortably at the controls. The barrels can be rotated up and the entire gun can be rotated in 360 degrees. Overall it is an aesthetically looking design and still holds up very well. 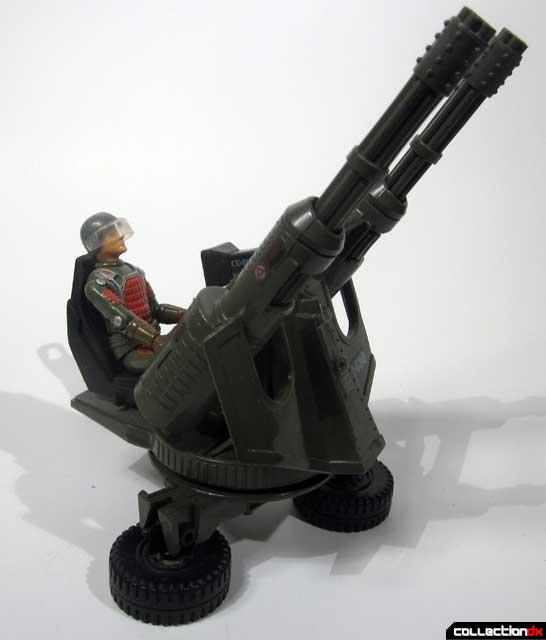 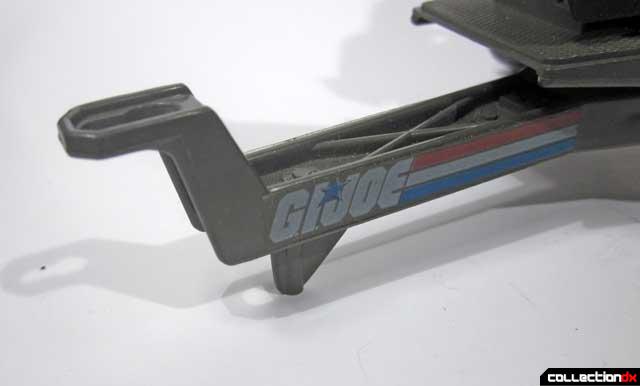 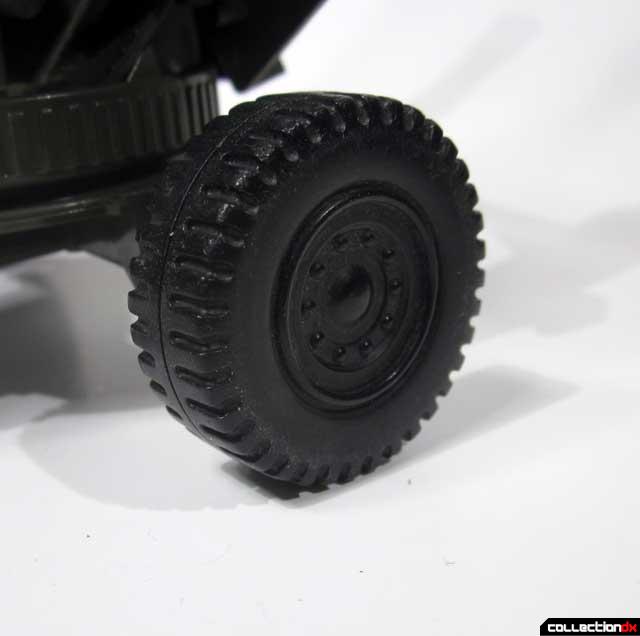 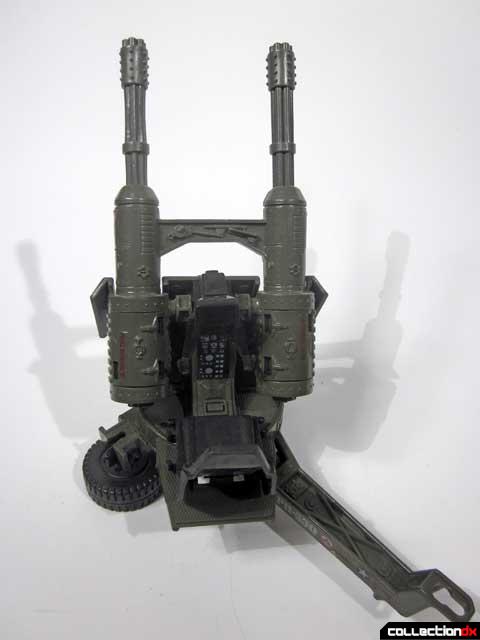 The toy towing action also functions very well, just fold the wheels up from under the frame and hitch it to a back of any of the other GI Joe vehicles like the VAMP and MOBAT. A little known mod my friends used to do was take the cannons off this toy and replace the rocket boxes of the WOLVERINE missile carrier with the cannons from the Whirlwind to make a rotating cannon version of the WOLVERINE. It was this interaction between the different vehicles that made GI Joe such a fun toy to collect, modify and play with as a child in the 1980’s. 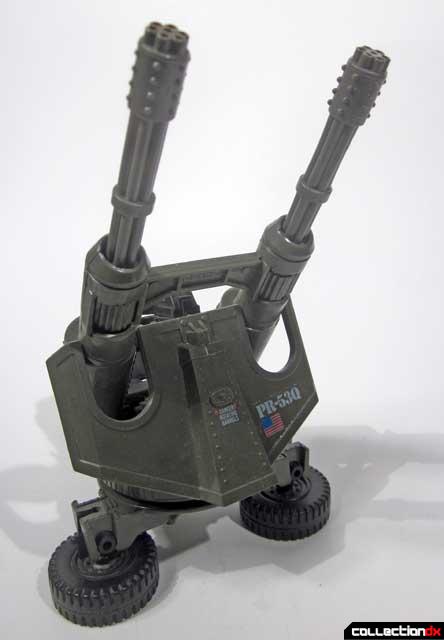 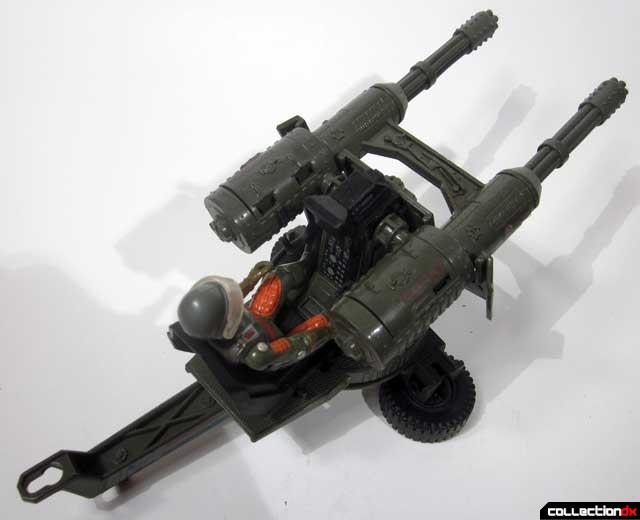 This was one of Hasbro’s mid priced toys, a few dollars more than a figure but a few dollars less than a vehicle. This example is my original toy my parents bought me in 1983 and as you can see it has held up quite well over the years and sturdy overall. On the second hand market the Whirlwind is still an inexpensive pick up although a MIB could cost you a bit more.

©2012 Article and Photos by Leonardo