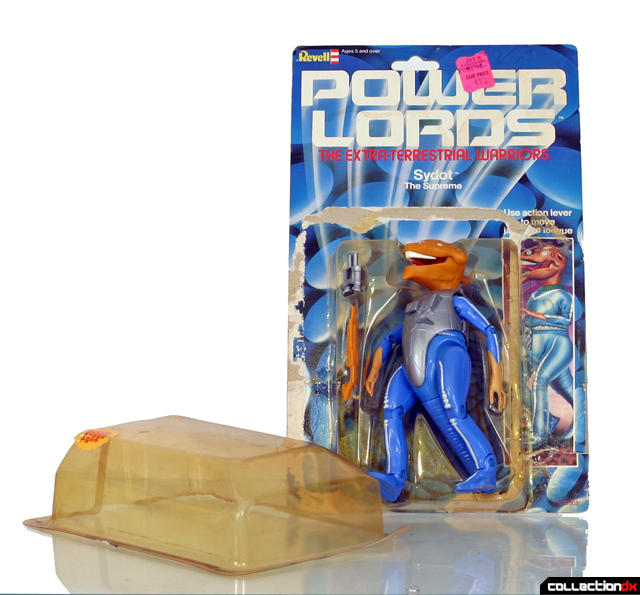 The back of Sydot's card informs us that:

Sydot was a wise, scientific genius on the planet Rana, when he was captured by Arkus and transported to another worldly dimension. He was freed by Adam and Shaya to join them in the battle to save the galaxy. 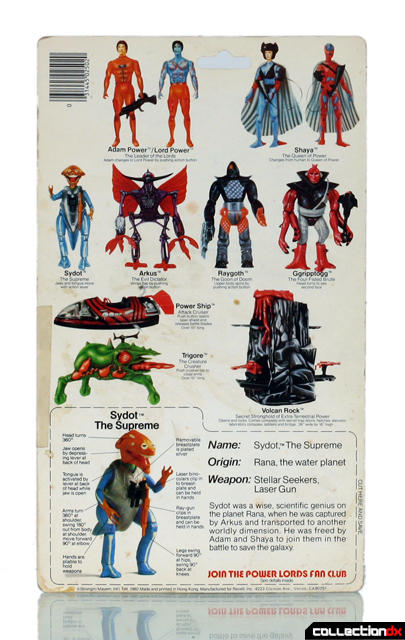 Whereas the MOTU toys were mostly variations on the same anonymous muscular figure sculpt, the Power Lords character designs were all over the place. Sydot's is absolutely unique, looking vaguely like a scaled-down Tyrannosaurus Rex. And he's wearing a slick blue body stocking and an armored harness. Look at the green ribbed neck on his outfit!

The Power Lords all communicate a strong clarity of character. Where Shaya is regal and creepily disturbing in her alien form, and where GGripptogg is a thuggish brute with sympathetic shadings, Sydot is a brightly colored goofball. His wide grin is so personable and fun. You can't help but like this guy. How many action figures telegraph a fully realized personality so effectively? 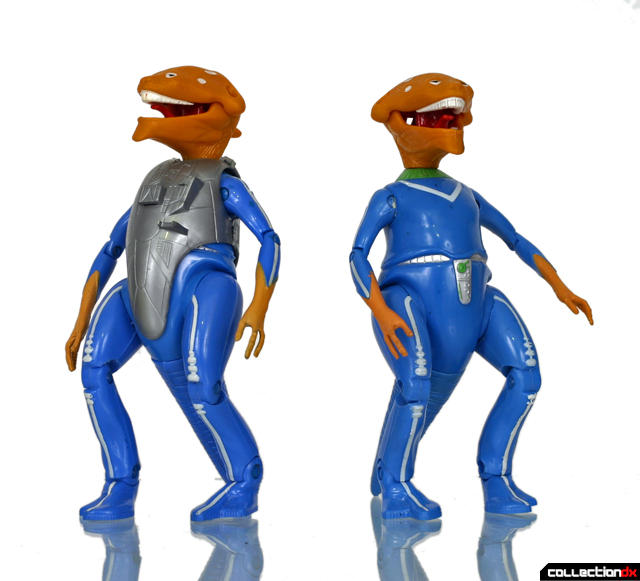 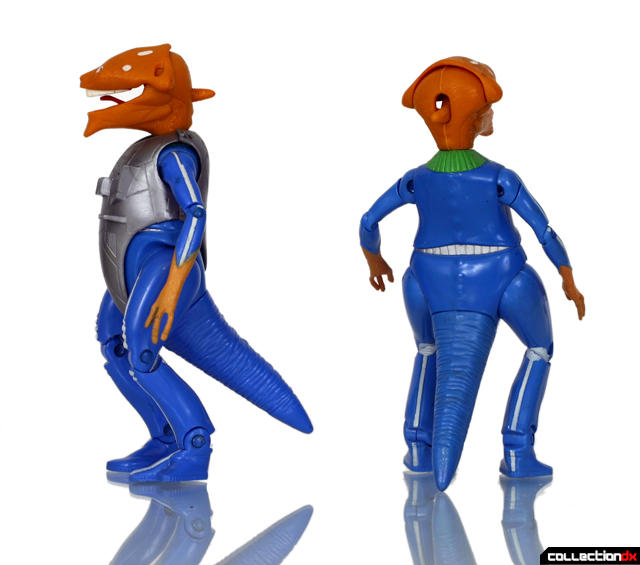 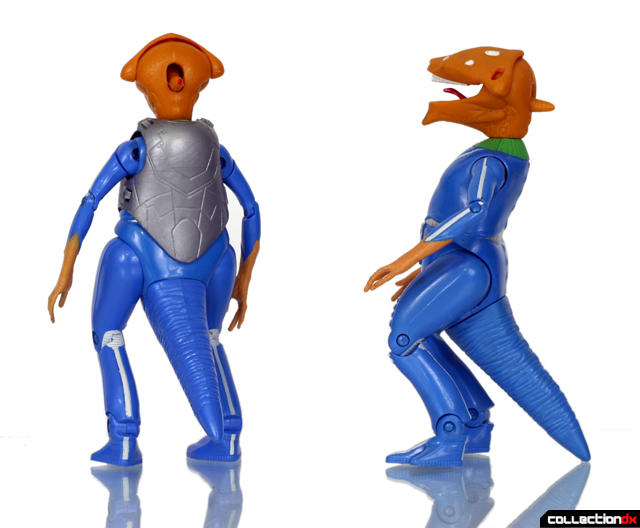 A variant release with chrome armor was also produced in limited numbers. 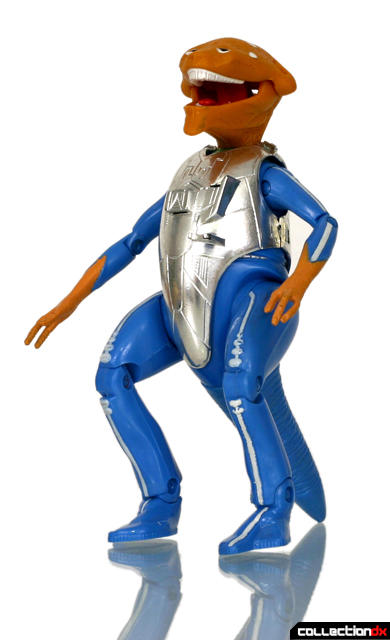 Accessories include a gun and binoculars, which both fit smartly in his chest armor. 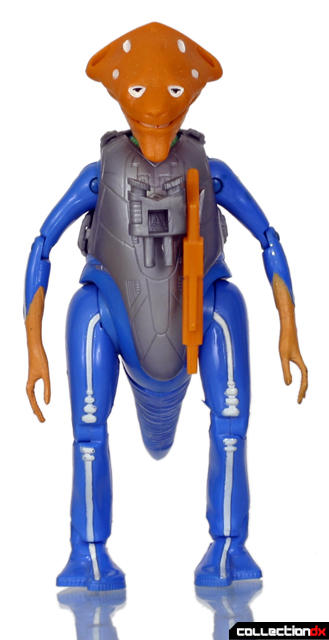 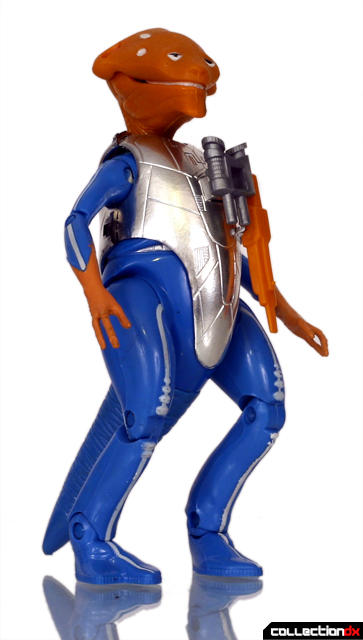 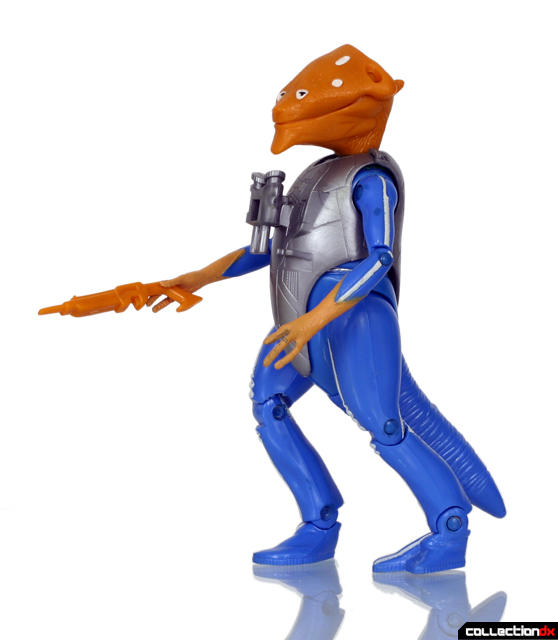 He can't really hold those binoculars, though.

Articulation is fun and engaging, but nothing dramatic. 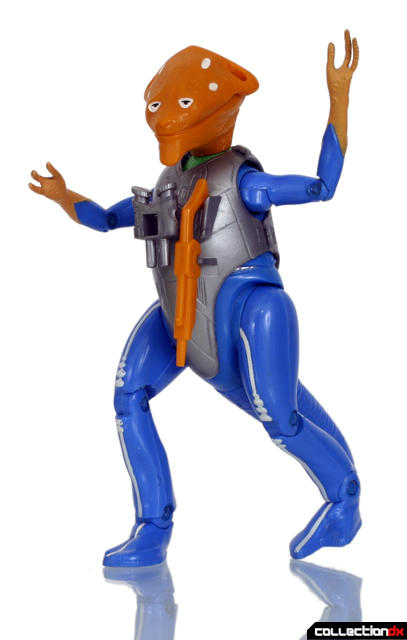 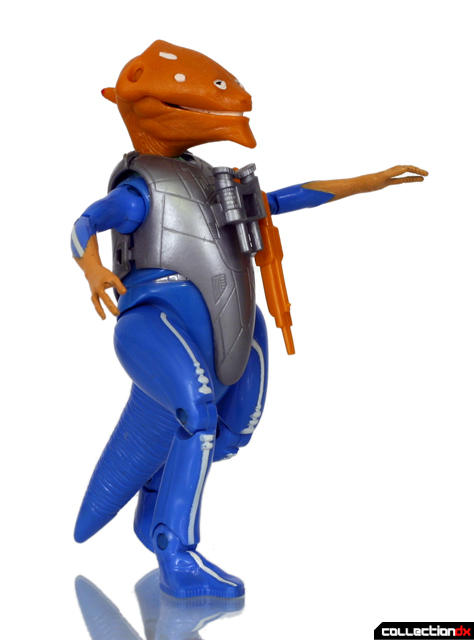 That head, though, is a work of art. This may be the first action figure with an articulated tongue, manipulated with that little lever at the back of his neck. So much expression is generated by the wide mouth and waggling tongue. 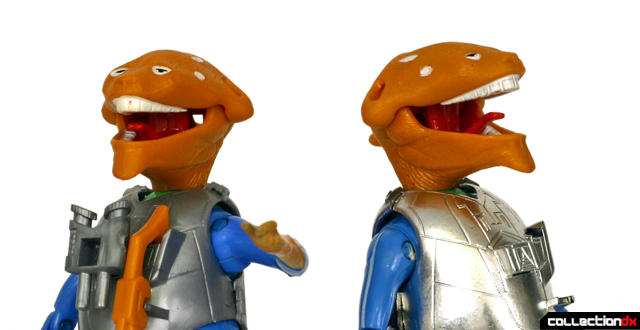 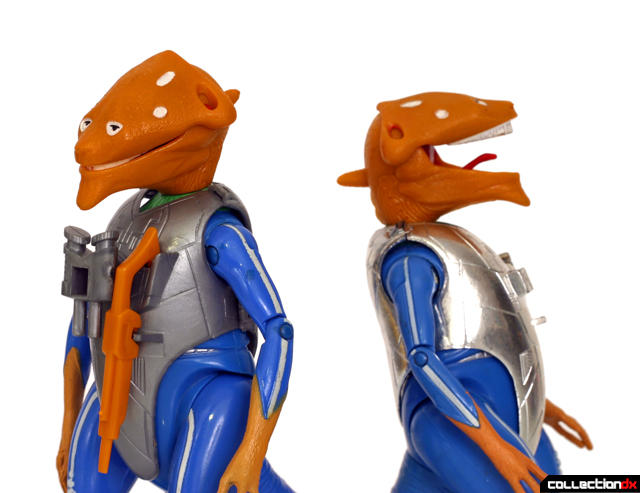 A really beautiful, unique figure. A stand out winner in an exceptional line. There's a real joy to this piece.

Wow this guy is super impressive maybe I will take a look at the new figures. I totally remember these guys on shelves I just could not enjoy the transformation gimmick. The front on the back? That's why this line failed. But look at this guy he could have stepped right out of the Mos Eisley Cantina.

There is something very Jim Henson-y about this guy (especially with that chrome!), and I don't know if it helps to establish him as a genius scientist, but I do love the aesthetic.