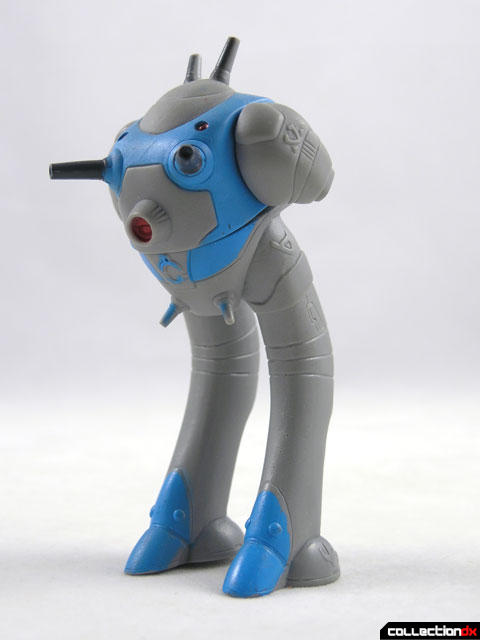 You can't deny the charm of these soft vinyl representations of classic mecha. The Regult is the standard tactical battlepod of the Zentradi army as seen in the Macross TV series (Or Robotech, for those of you in the states). it's a design that has almost no toys made of it. In fact, the best toy of this design came from a US toymaker of all places - The Matchbox battlepod. 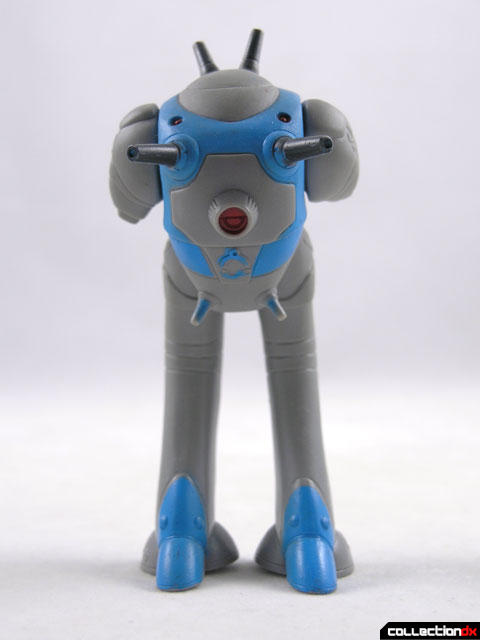 This vinyl comes from Takatoku and was sold bagged with a header card. Its a cheap little toy that is not in the least bit anime accurate, and that is its charm i think. I've really warmed up to these small cheap Japanese vinyls. 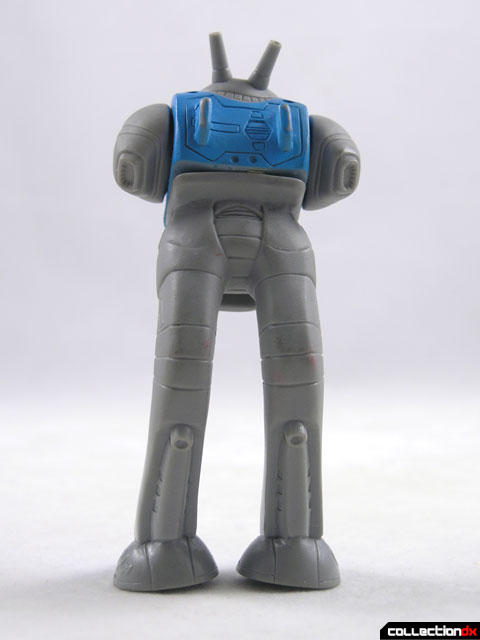 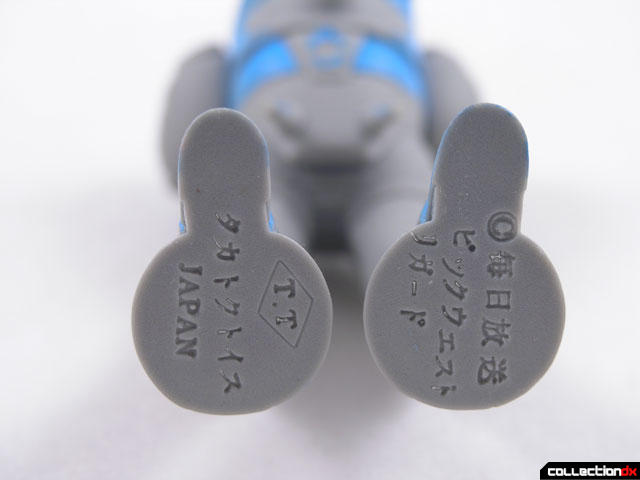 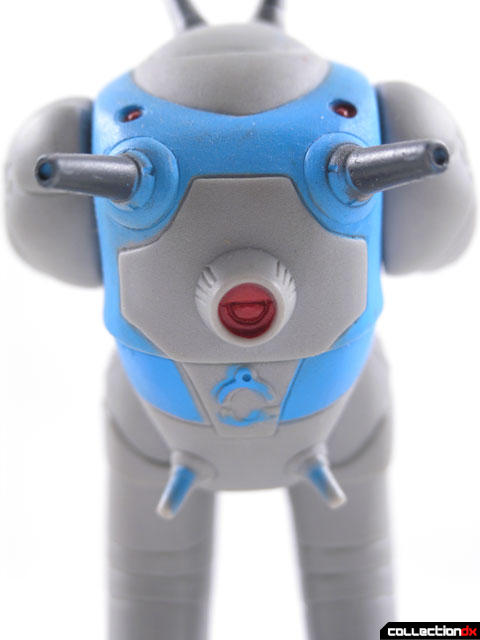 Sofubi vinyls are great when they are sold as they meant to be: cheap and odd-looking.

I'm curious how much it cost you. Vinyls are a bit of a conundrum, they were viewed as throwaway toys that you bought for a few hundred yen. But three decades later they're among the hardest to find for that same reason, becoming more expensive than other toys of the era.

Are you now on the lookout for the others? The Valkyries were just as funky, and the Orguss ones came in a tub.

It's a bit odd that the main villain in a beloved show has seen tertiary releases in toy form. Yamato has been pretty ballsy with some of their releases. A 1/60 scale Regault, followed up by a few weapon packs (it was modular in case you forgot) would be a stellar release. Of course paving the way for a Glaug later.

Maybe a Revoltech version will show up, given who is sculpting them.

Loose, these things are pretty cheap, maybe $10 each. I'm sure some are harder to find than others - i've got a bunch but don't think i will chase after them all. There's a few more in the queue on CDX.

I don't know if we will see yamato battlepods - the Queadluun-Rau didn't do too well I've heard. I see a revoltech being much more likely.

...in a boxed 4-pack under the ROBOTECH brand. it included the REGULT, Quamzin's Pod, the ARMORED VALKYRIE, and a land-missile pod robot.

the Armored Valk and the missile bot are the easiest to get. Average price on ebay for them individually has been about US$10, with the REGULT and Quamzin Pod going for US$15-25 depending on condition.

mine are beat up and have some busted pieces and such, but they are among my favorite Macross pieces i own.

as to why the villains of Macross are produced so rarely, i think it just comes down to toy companies and their policies- the old assumption that "villains don't sell well" was re-inforced in the 80s-90s by model kit sales- the villian ships sat on shelves for years and years, while their good-guy brothers were quick sellers. The Yamato 1/60 Millia reinforced this, as it wasn't a big seller. It can be had for pretty cheap nowadays.

I would love to get some 1/48 scale villain pods (i try to get as much 1/48 scale MACROSS and VOTOMS stuff as i can!) but i doubt that would happen, with Yamato trying to revitalize the 1/60 Macross line with a new perfect-transforming valkyrie, and no new 1/48 product announced.

"The Yamato 1/60 Millia reinforced this, as it wasn't a big seller. It can be had for pretty cheap nowadays."

God, don't remind me. I pre-ordered that thing and imported it from HLJ for a cool $200. Every time I see one for $80 my blood boils.

I can at least say I'm not disappointed with it, if it ended up being junk then I'd be that much more pissed, but it was as good as it could be for an overpriced and incorrectly colored version of the Q-rau.

I guess the Japanese don't have that "good guy toy must have a bad guy toy to fight" mentality that we do.