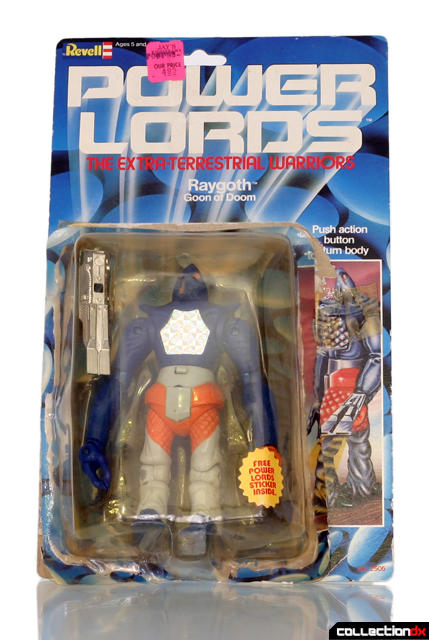 The back of Raygoth's card informs us that:

Raygoth was born on Flozar VIII, but was bred by Arkus to be a shock trooper in his army and obey all commands. Raygoth eats silica crystals and collects them in his chest cavity to reflect deadly laser rays. 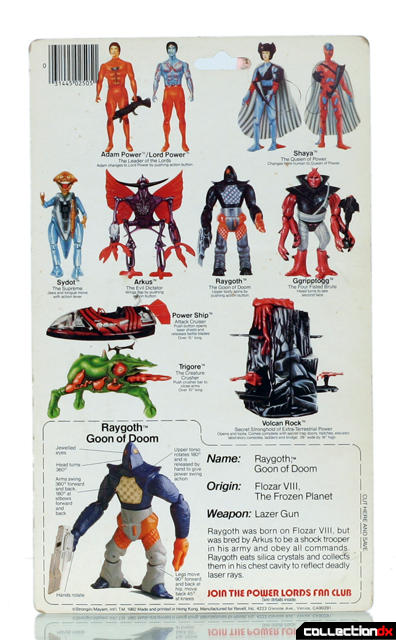 Raygoth is easily the weakest of the first wave of Power Lords figures, As a kind of anonymous soldier, his sculpt is less distinctive than his peers. His gimmicks and accessories are bare bones and don't really work. 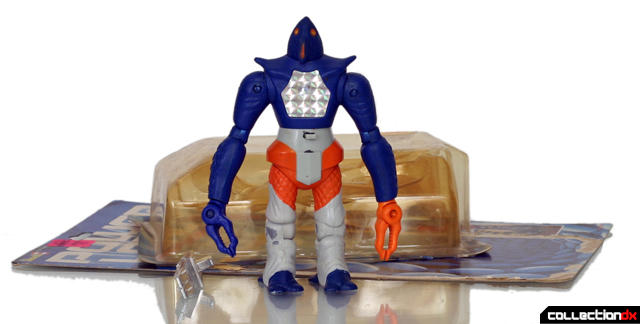 Raygoth's character design is awkward. The arms are too long, the legs too stumpy, the head too nubby. 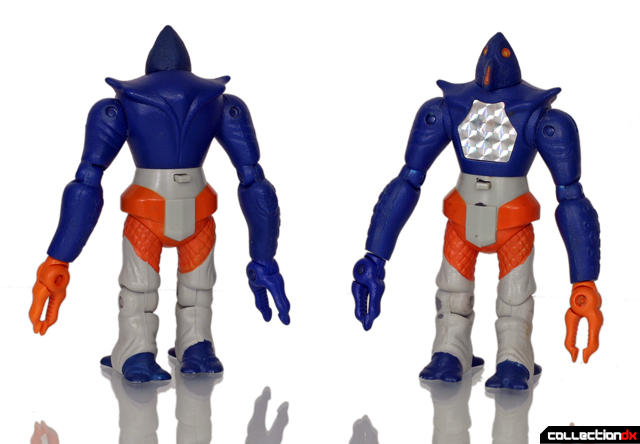 One of his gimmicks, the silica chest, consists of a holographic sticker, which looks cool enough, but is still a little cheap. Where Sydot's head sculpt is loaded with endearing detail, Raygoth's diminutive head is a featureless blob. 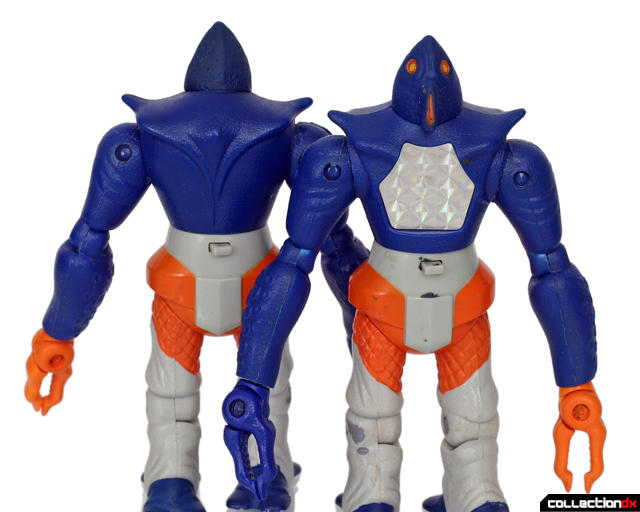 The main gimmick of the figure is a nearly complete failure, in that I've never seen it actually function. I own four of these figures and they are all broken. The idea is that Raygoth extends his arms, the figure winds up 180 degrees at the waist, and is released by the tab at his waist. Doesn't work. Ever. Even in working order, it's not a great gimmick. Adam power has the same gimmick, but it's more purposeful.

The sculpt is still pretty decent, with thoughtfully crafted detail throughout. 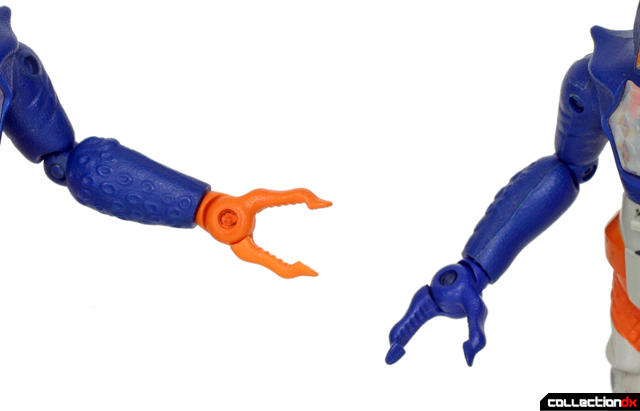 Articulation is not terrific. The arms are floppy when they should be firm, and the range of motion isn't satisfying. The legs rotate on a bias, but towards what end? 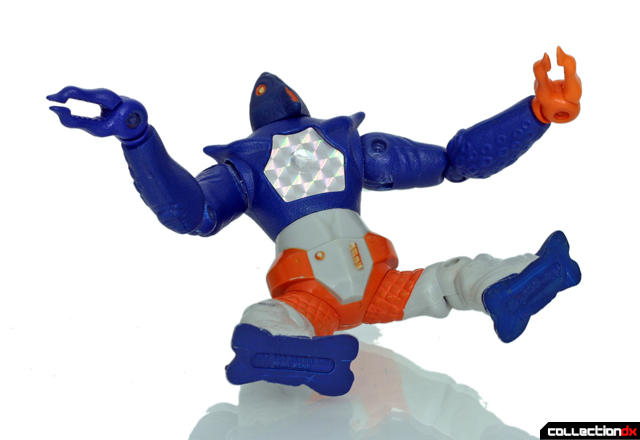 I get a very Zoidberg vibe from him.

His single accessory, an angular gun, easily falls out of his claws. I had to hold this one in with wax. It sorta looks okay. 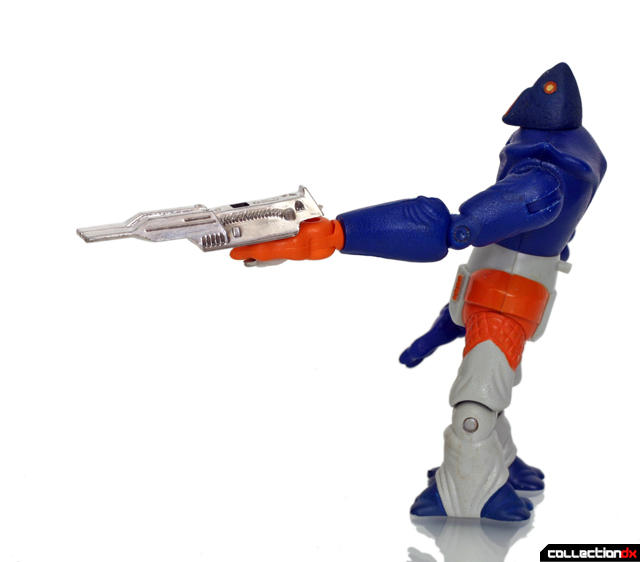 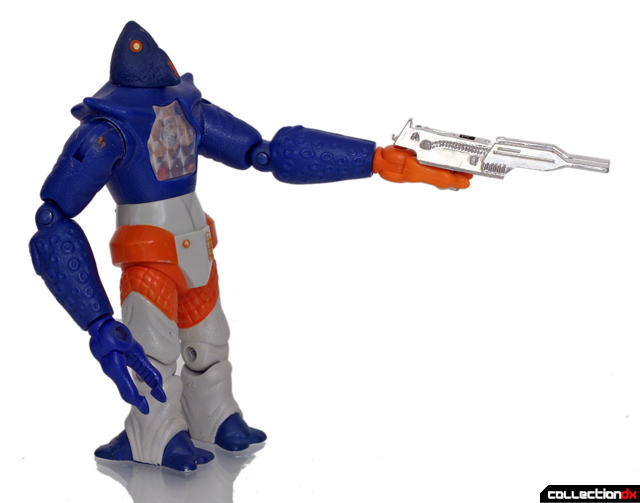 If I'm down on Raygoth, it's only because I so love his peers. He's still interesting and compelling as an action figure in some ways, just an inferior member of the otherwise transcendent Power Lords. They can't all be brilliant.

I really like his design, that leech-like face is fantastic. I wonder why he got the two sided feet when he didn't have the two sided head though.