MR-23 Missile Tank Robo was named "Blaster" when it was imported into the US as part of the Gobots line in 1983. This was before the Transformer of the same name was released. 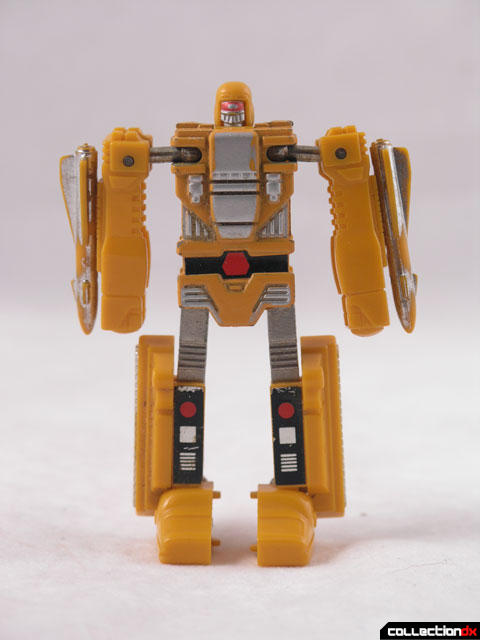 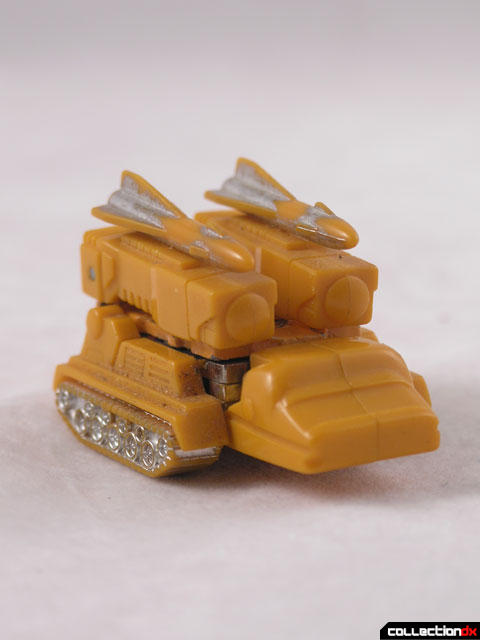 The Machine Robo Release and initial Gobots release were orange as seen above, later Gobots re-releases would see the switch to a green color scheme.

In vehicle mode, the toy features two moveable missile launchers with removable missiles. Each moves independently of each other. The toy also has small metal wheels to roll around on. 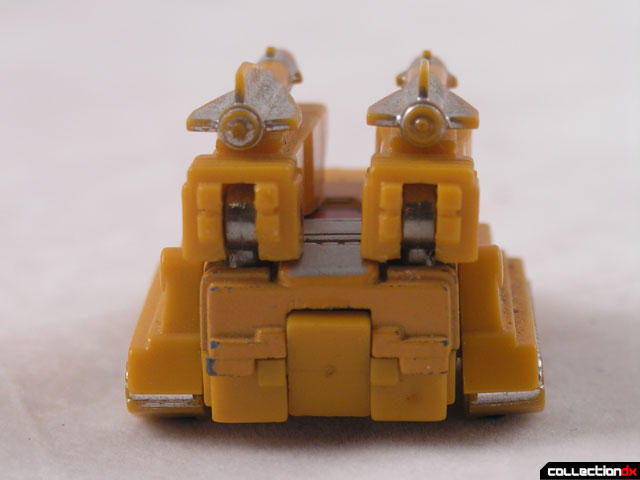 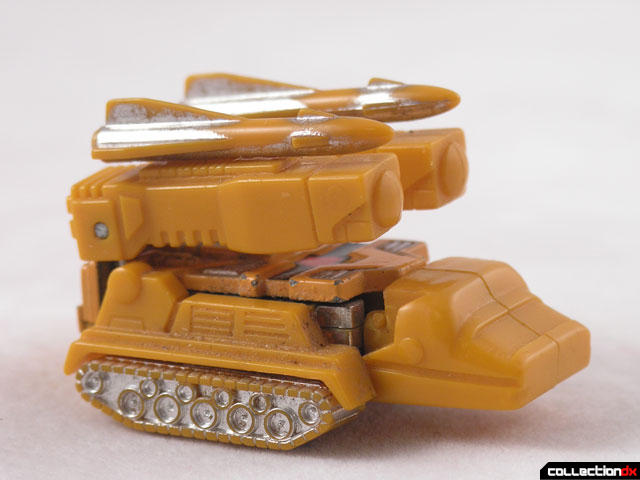 Bandai managed to get an interesting transformation out of this little guy. Unfortunately, interesting doesn't always equal good.

To start, you pull the treads of the tank out and forward which makes the legs unfold. You then flip up the feet, fold down the arms, and flip up the head.

this is all well and good, but the result is a rickety robot. the knees bow inwards or outwards, the ankles are too loose, and are prone to breaking, and the missiles get lost easily. 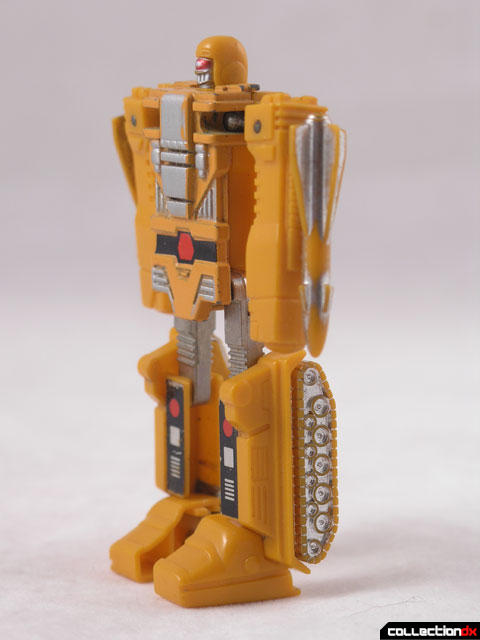 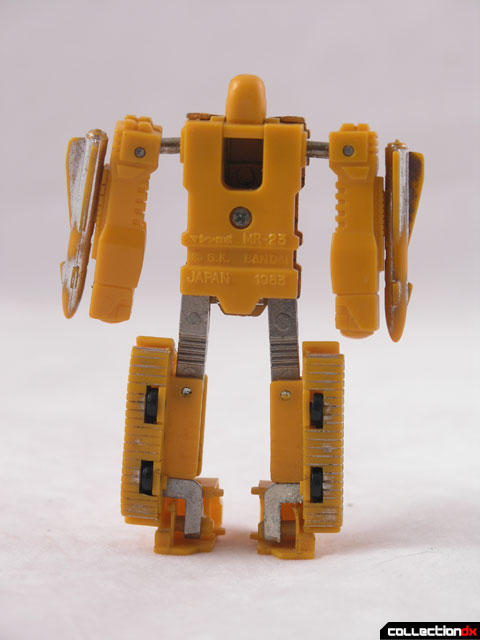 Diecast is limited to the chest and upper legs. It still feels good in your hand, but once you transform it shortcomings reveal themselves. 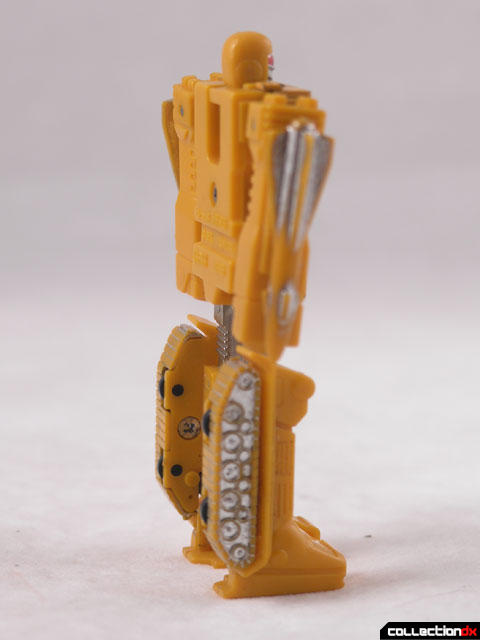 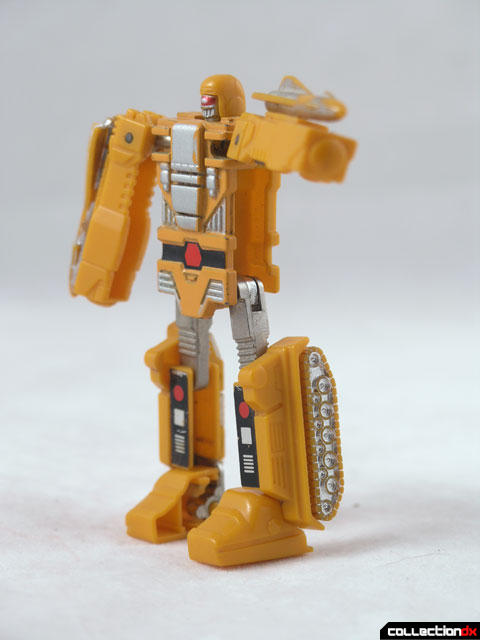 Still, a great way to get your RDA of zinc without breaking the bank.