The MBG-21 D-2 Ishkick is the grunt mecha of the Chilam, the enemies of the Emaan. Cannon fodder if you will. It shares many parts with the Ishforn, notably the entire leg assembly. As such, it is prone the same breaking issues. 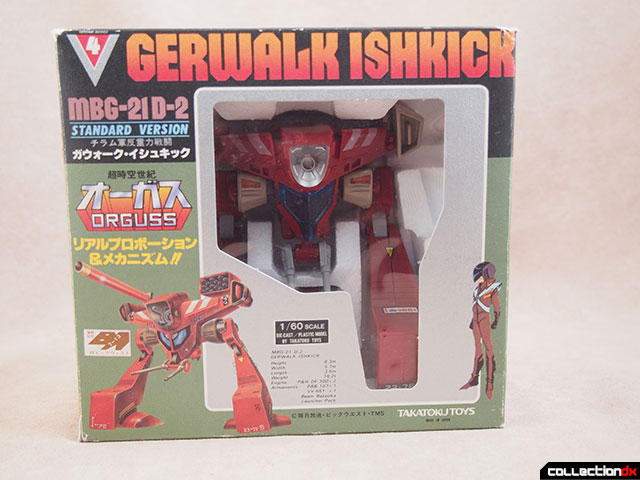 Oh you sexy box. If you've ever handled the textured cardboard of an Orguss box, you'd understand. 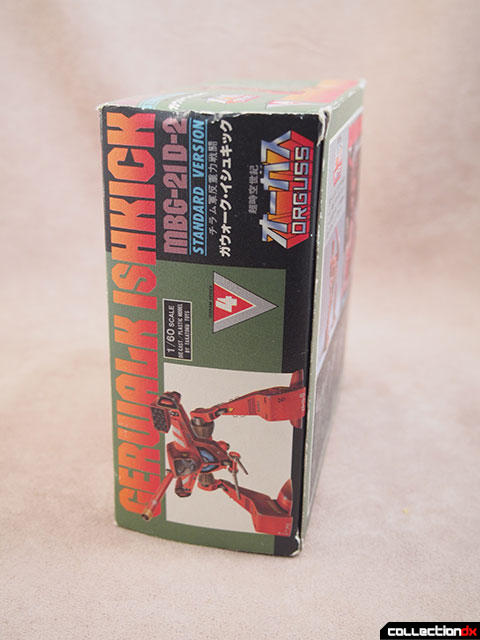 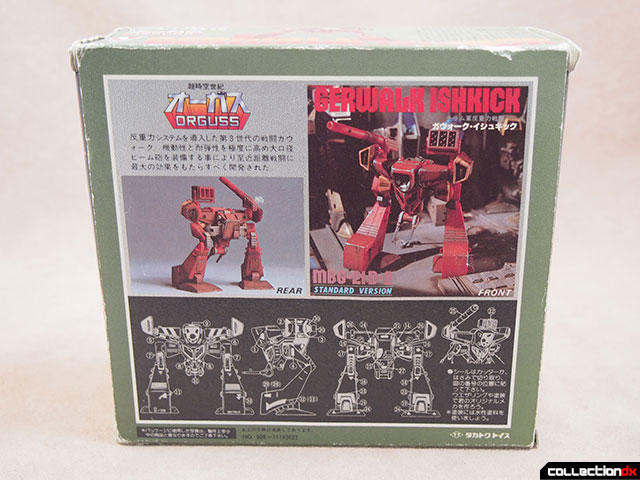 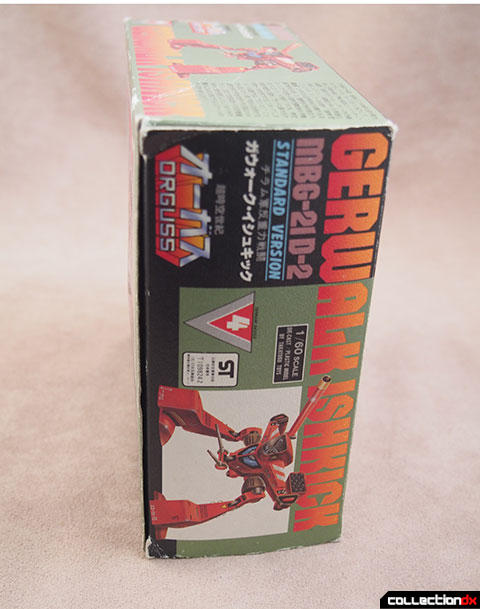 What your toy could look like, if you had modeling skills. 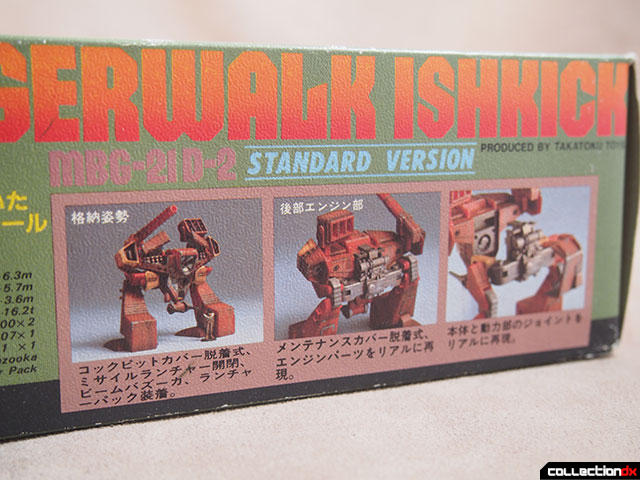 It comes with instructions, catalog, sticker sheet, figure, and various bits and bobs for the robot. 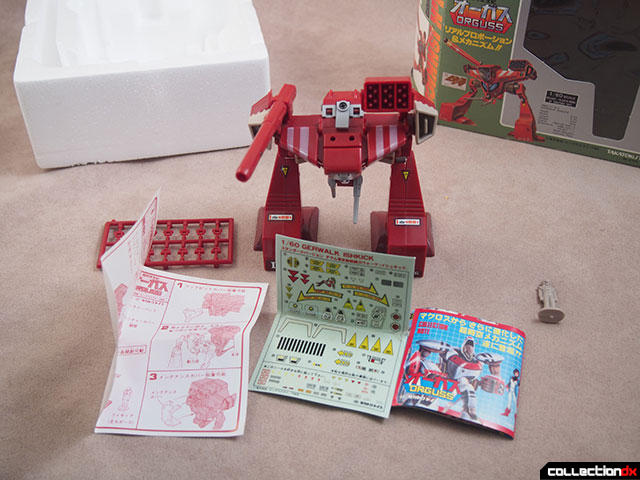 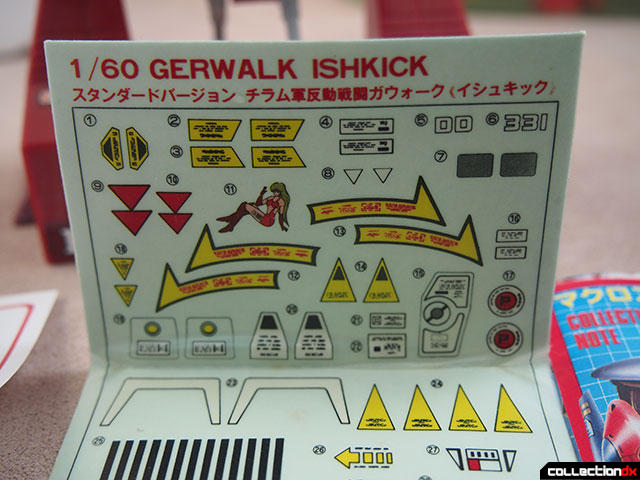 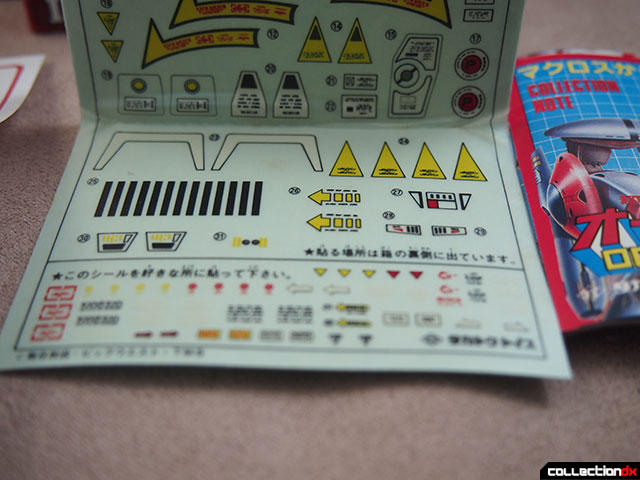 In the show, these mechs don't do much. They fly around and get blown up a lot. It's not a very fearsome looking design, but it has a certain charm. 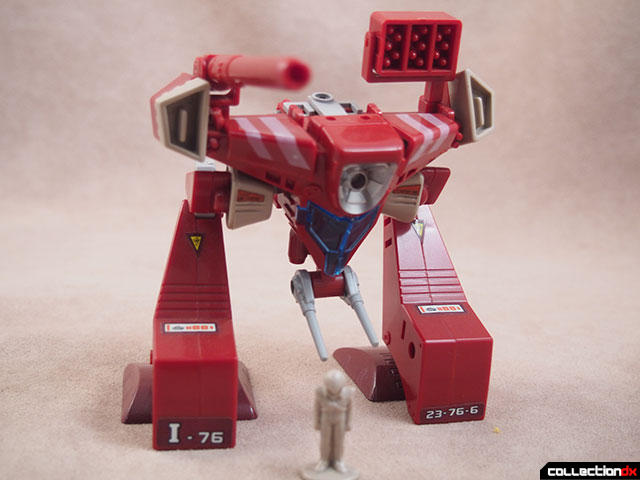 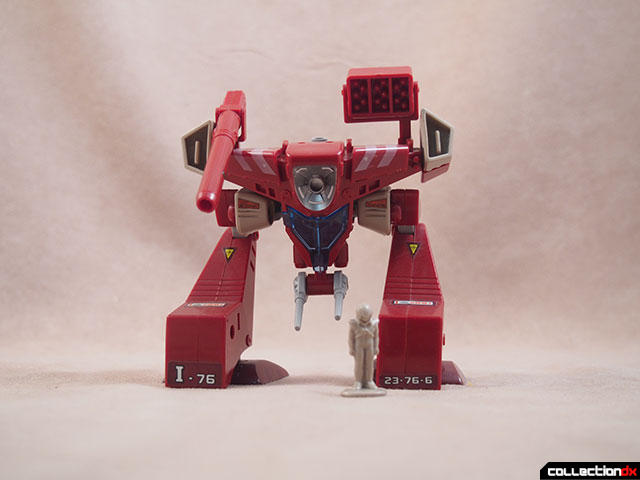 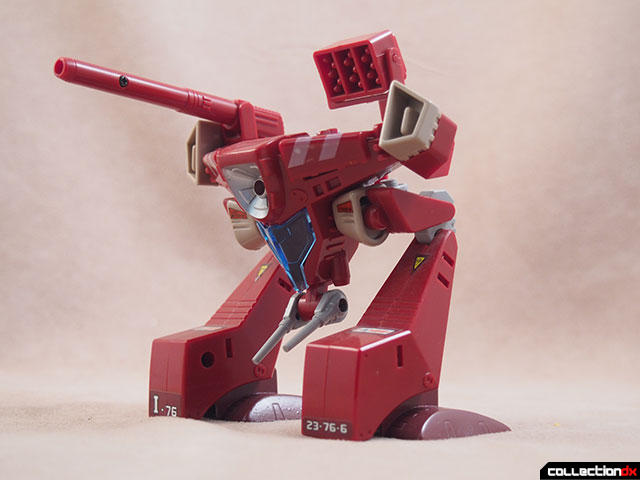 Both doors on either side of the cockpit open to reveal missile banks. The large cannon is moveable, as is the missile bank on the other shoulder. Both side engines rotate as well. 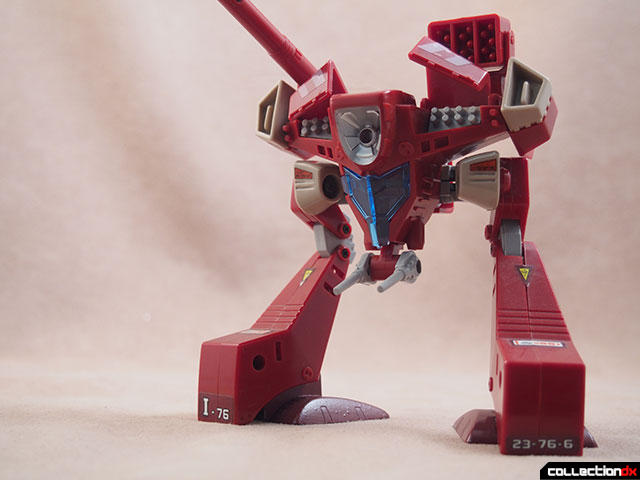 While the legs do have a wide range of motion, they are exceptionally fragile. Position with caution. 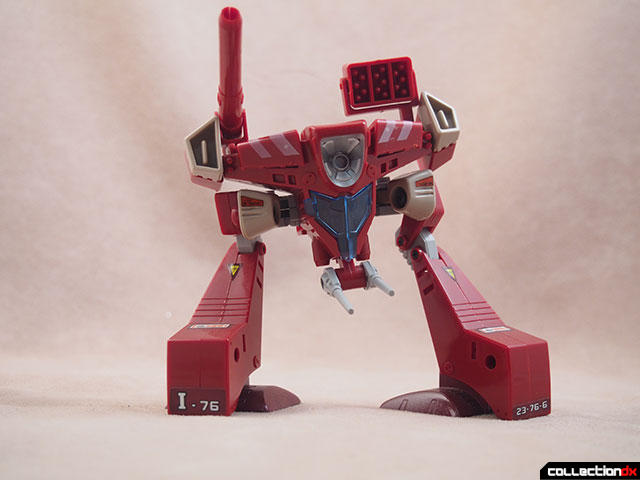 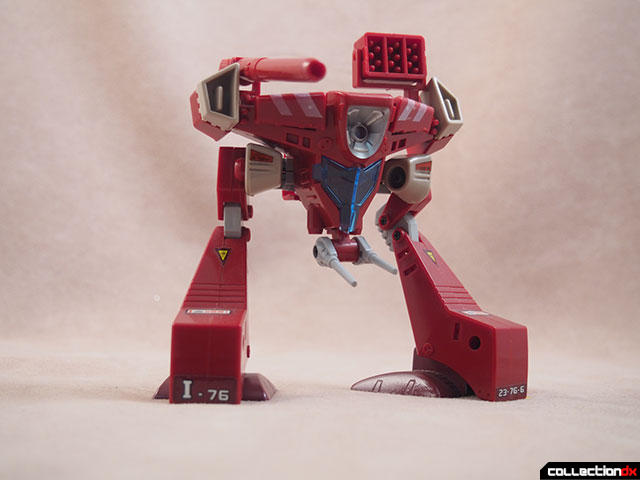 The red panel on the back is removable to reveal exposed engine bits. 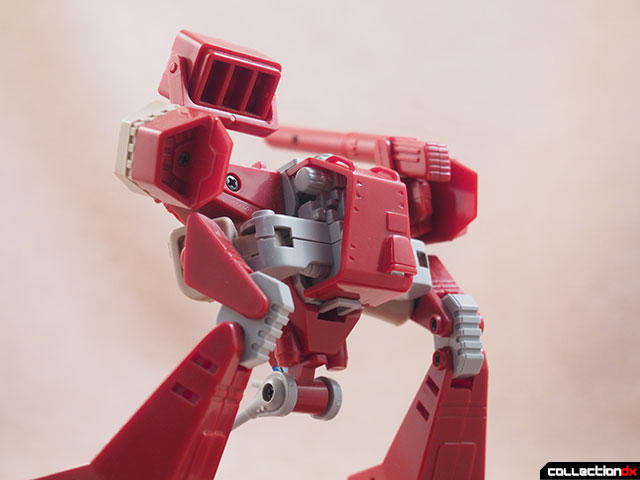 The clear canopy on the cockpit is removable. I wonder why they didn't make these hinged, as just pulling them off is sort of weird. The gun assembly below the cockpit rotates and each gun swivels up and down. 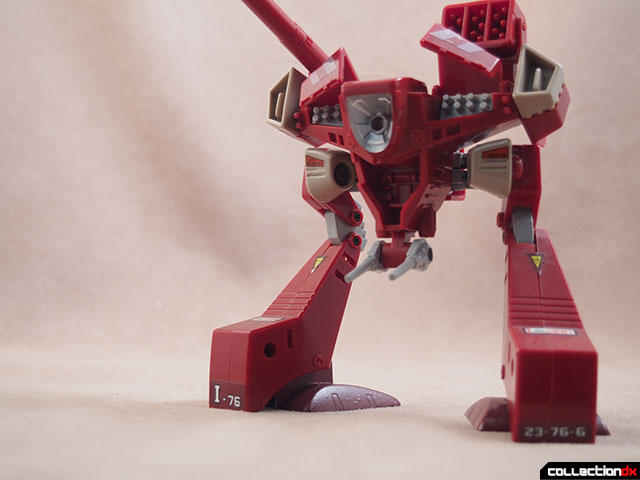 This toy also was available in a grey version, but it's a rare release and it's unknown if it's an official release.