The Hyotan Bike comes from the obscure 1983 anime series Bemu Bemu Hunter Kotengu Tenmaru (べムべムハンター・こてんぐテン丸), in which our hero tracks down 108 monsters that have escaped into the human world.

Tenmaru has a magic gourd that can transform into a vehicle that he rides around in. Hyotan means "Gourd" in Japanese, so it is called Hyotan Bike of course!

While the Bike appears organic in the show, Bandai decided to make a diecast vehicle of it. Everything is better in metal.

Despite it's dimunitive size, the Hyotan bike is heavy and loaded with gimmicks.

The box is awesome and depicts that rainbow band that all the transitional Bandai products had in 1983. That was the year that Bandai retired the Popy brand name, and all the products that would have been Popy got this branding. 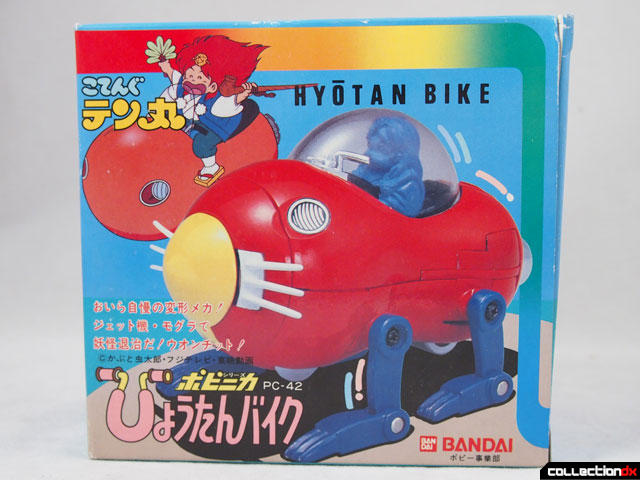 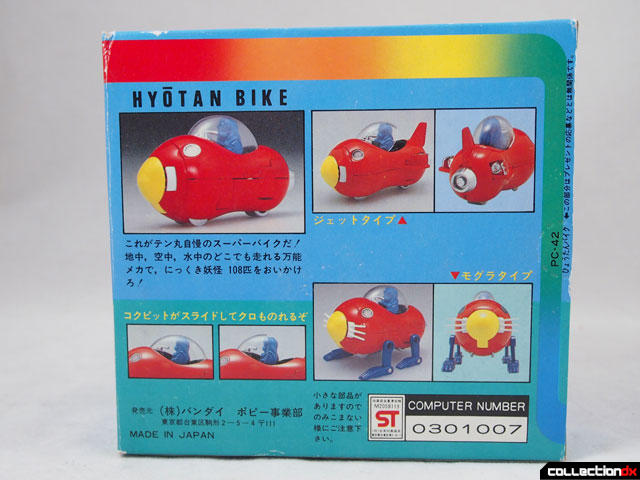 The Hyotan Bike has three primary modes. Lets go through them! 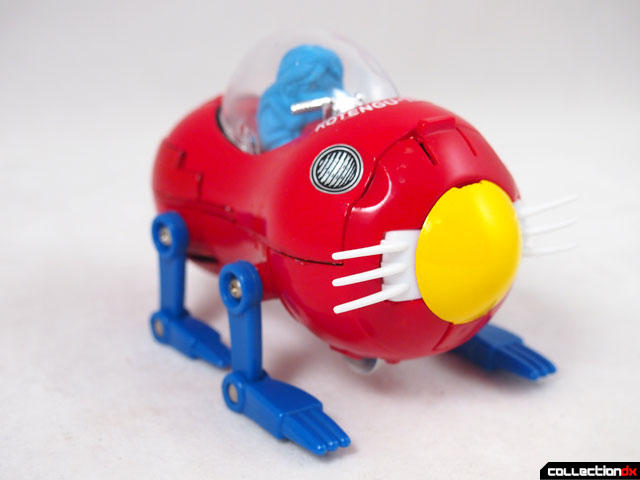 In this mode the bike takes on the appearance of a Mole! It has long, articulated feet and whiskers up front. The whiskers are made of PVC so they can flex a bit. The entire body is diecast metal. In this mode the clear canopy is supposed to be closed. 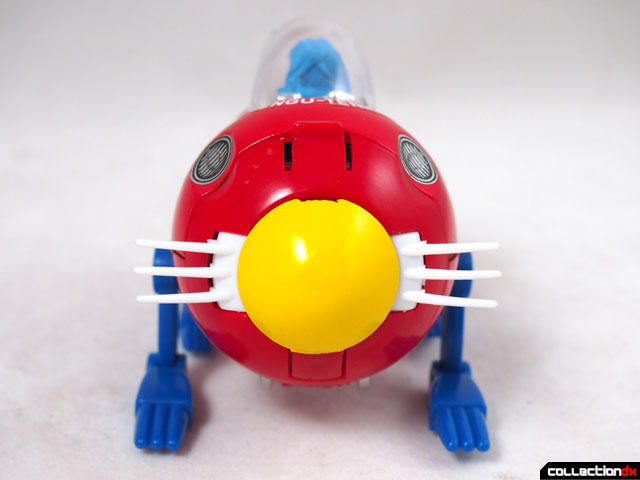 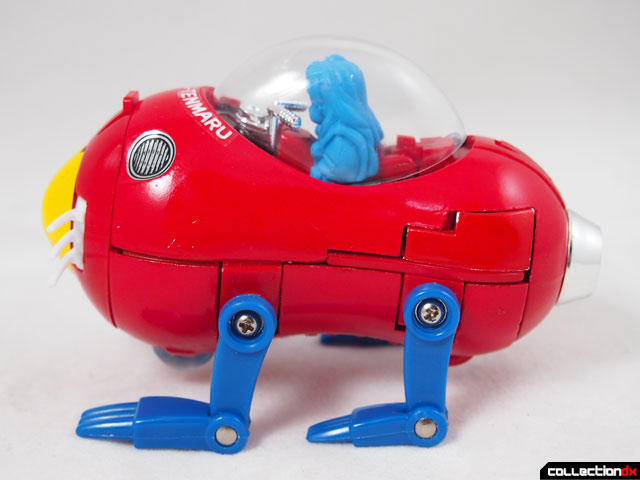 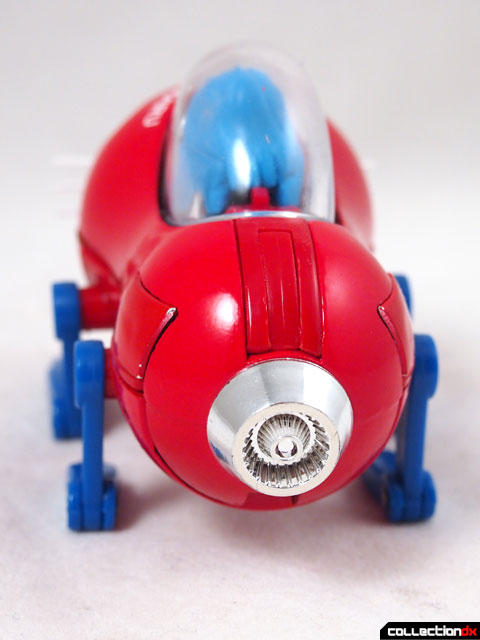 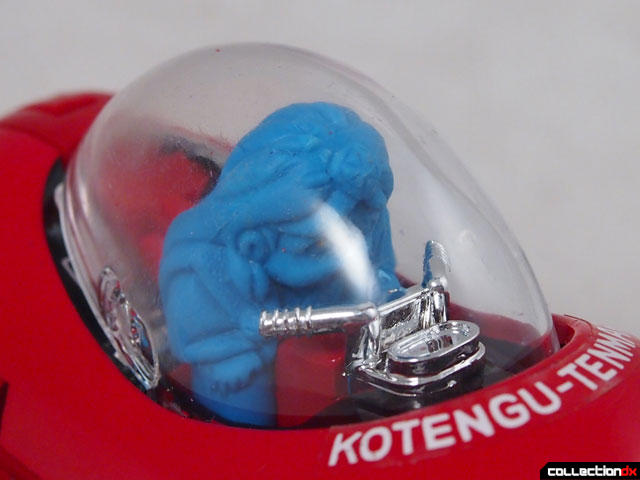 To go from Mole Type to Bike, you have to undergo a fun transformation. First flip out the nose and fold in the whiskers. 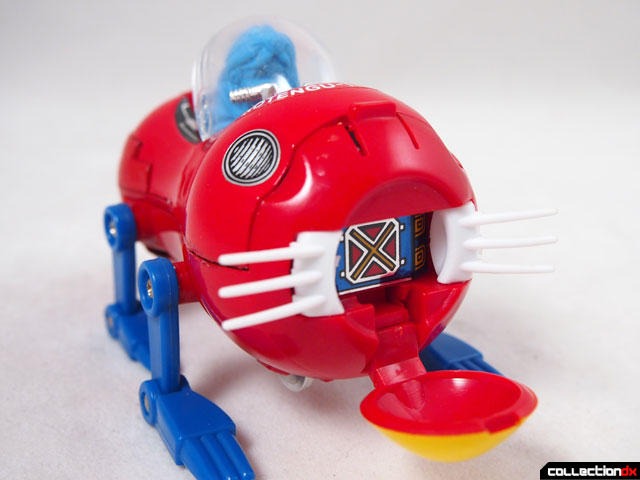 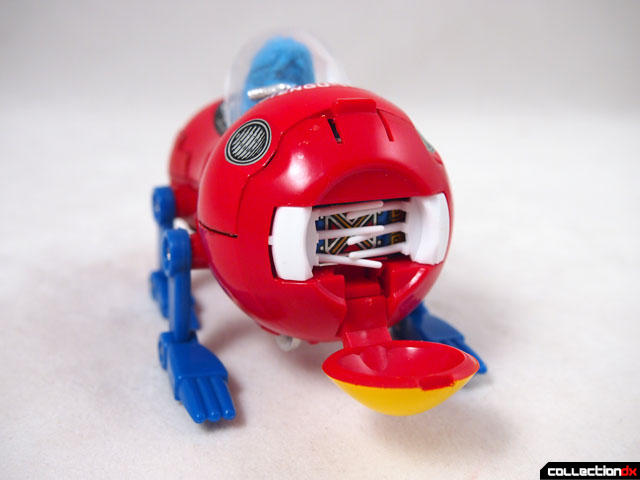 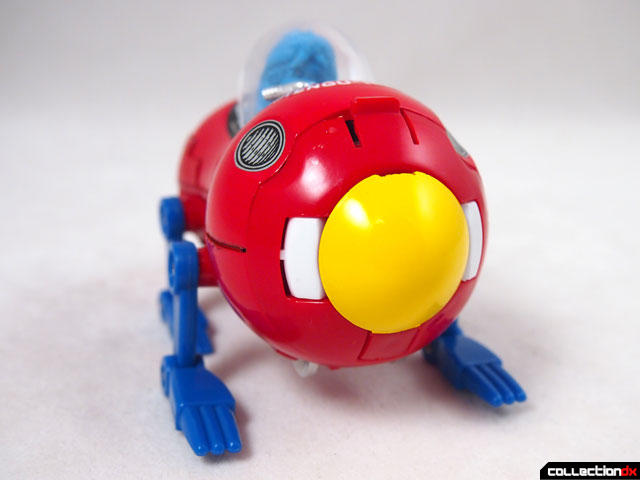 Depress the tab behind the nose and lift the front up. The vehicle opens like a giant clam. You can then fold up the legs and rotate them into the body. 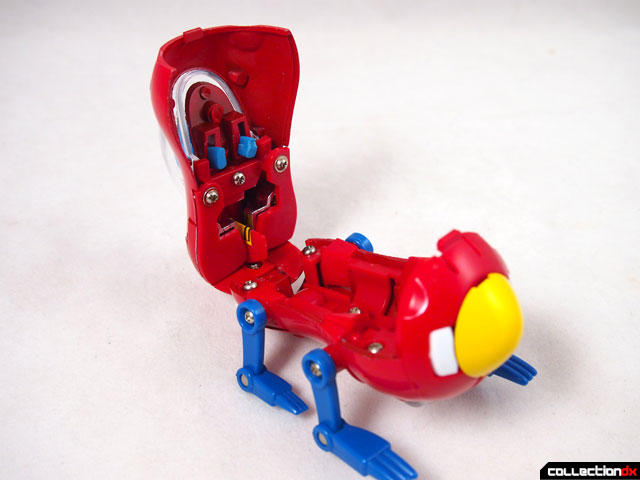 The legs fit snugly in the tight space. Close the body and open the clear canopy to achieve Bike mode! 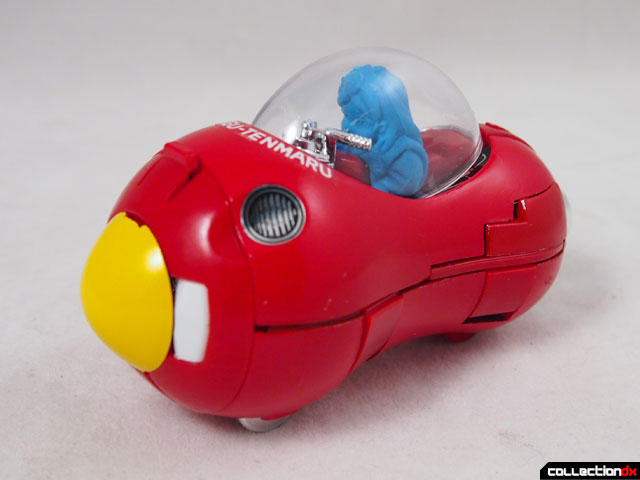 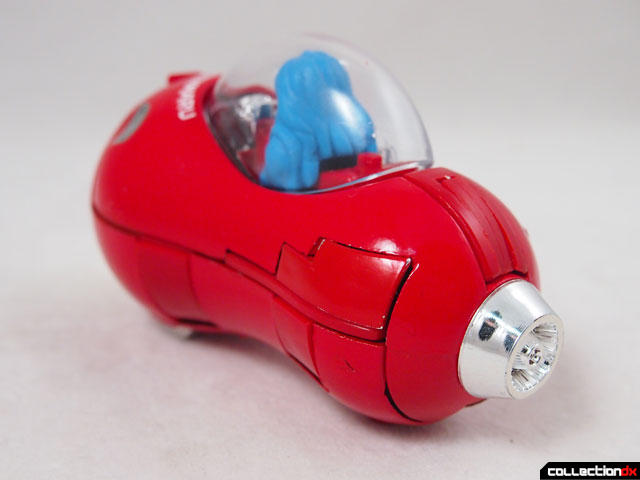 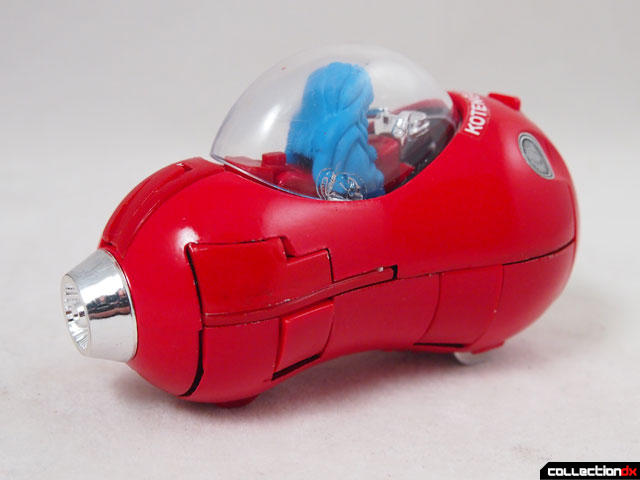 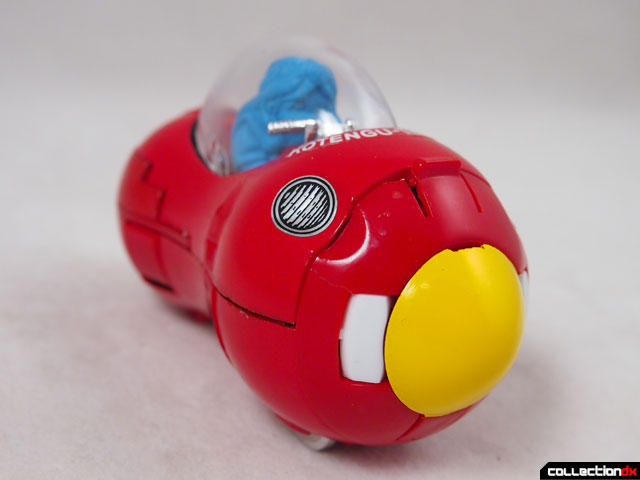 In bike mode there are small metal wheels that allow the vehicle to roll on any hard flat surface. 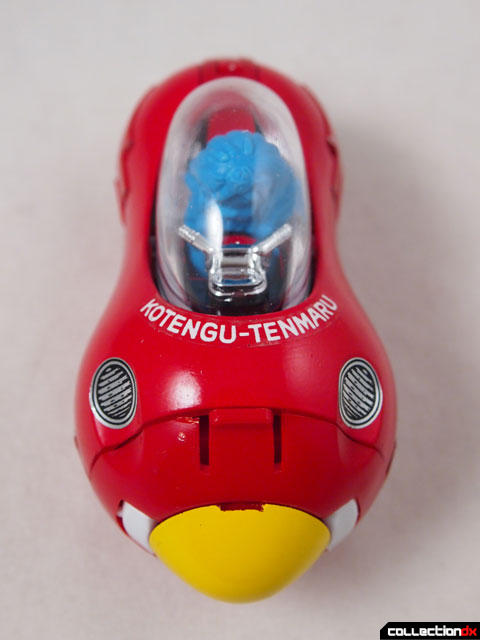 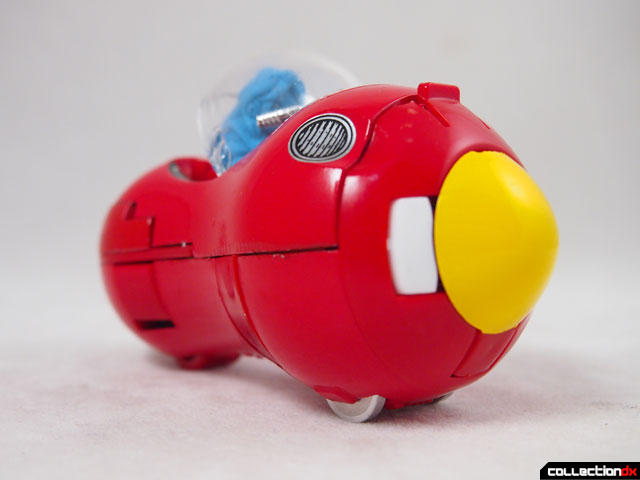 Jet Mode is a slight departure from Bike Mode. You have to open the ship again, but this time just to push out the jets and wings on the side as well as the tail fin. It's cute. 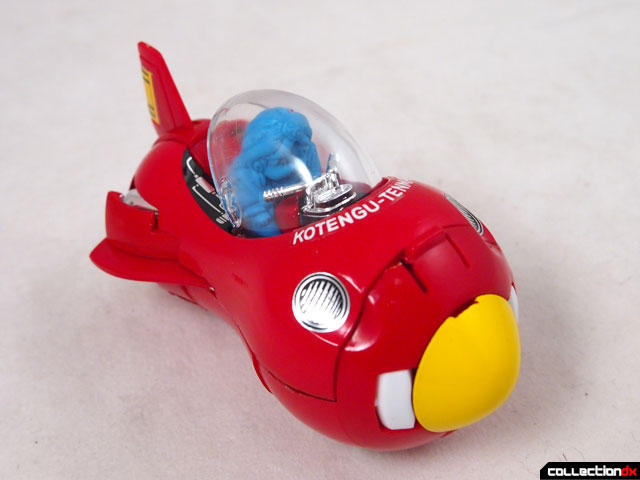 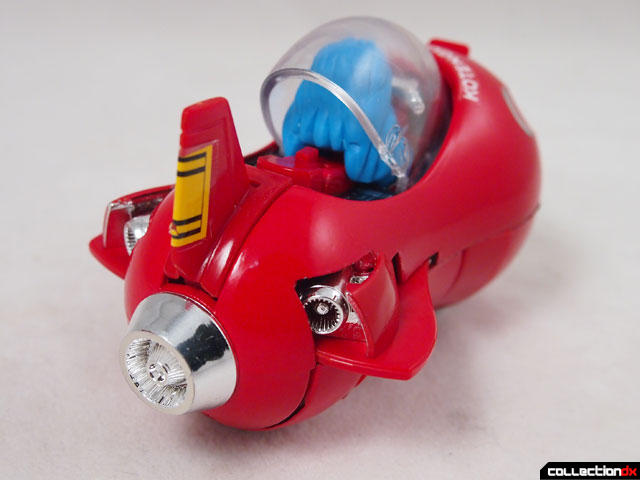 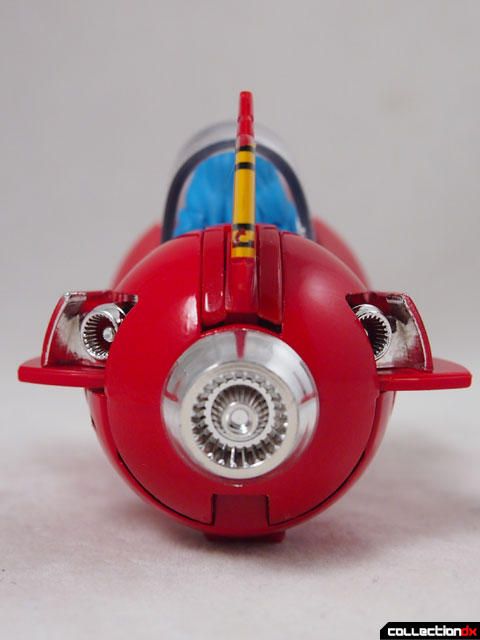 The small rubber figure of Tenmaru is not removable, but included is a smaller figure of another character in the show named Kuro. Kuro can be placed on the seat behind Tenmaru. 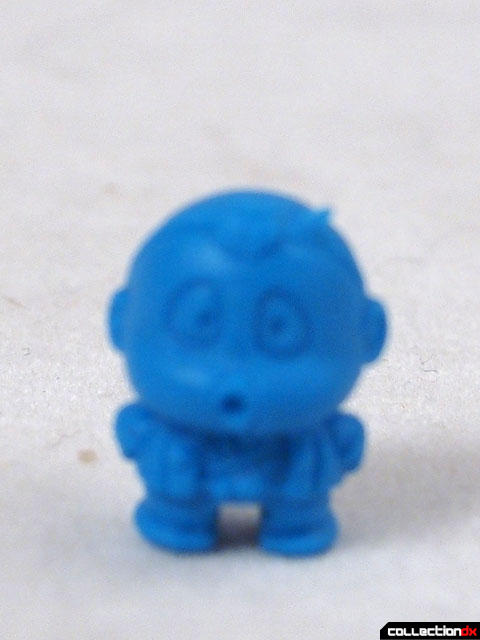 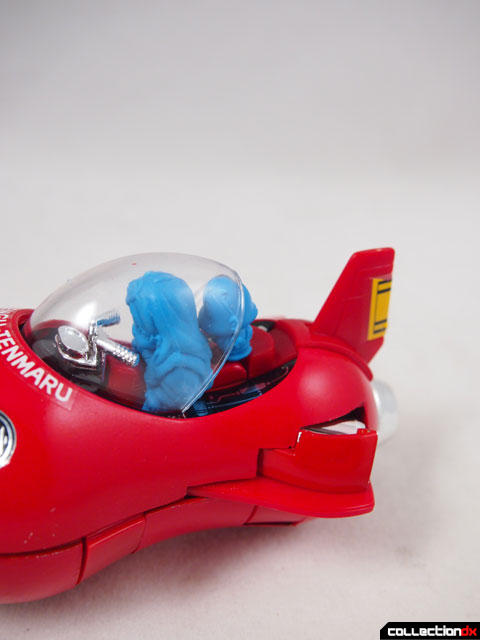 The Hyotan Bike is a fun, cool, unusual piece that I think is overlooked by collectors. It fits right in with other cute diecast toys like Robocon and Doraemon. 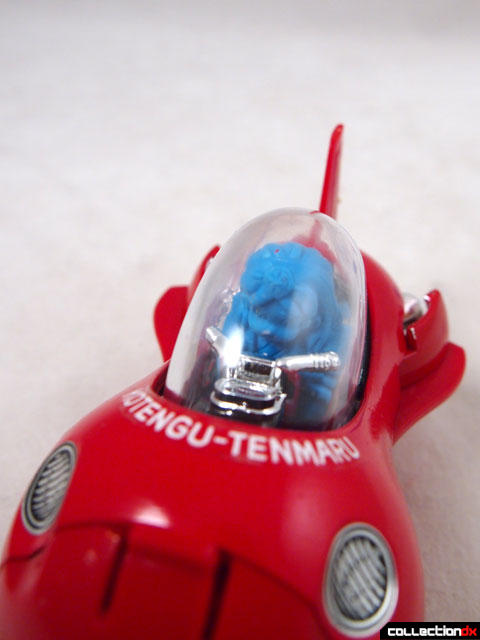 5 comments posted
Is there no end to the

Is there no end to the variety of vintage toys? You think you see everything and then something like this pops up. Really really cool piece. Thanks for sharing

Wow, I never heard of this anime (seen the toy numerous times). I must have the OP theme to this!

Even I haven't seen the toy! How did you find? I guess it's a completely forgotten piece....Amazing....

really interesting piece and surprisingly complex considering its appearance. thanks for sharing this one!

I have a couple of the Bandai cloth vinyls from the show if Im not mistaken, one is a penguin. I alwayss pass this one up, I may have to pick one up now.