As the Four Horsemenkick the renewed Power Lords into production in the coming months, I will be revisiting the classic figures.

GGripptogg's card is typical PL fare, with cool illustrations front and back. The bubble is, typically, yellowed and brittle. 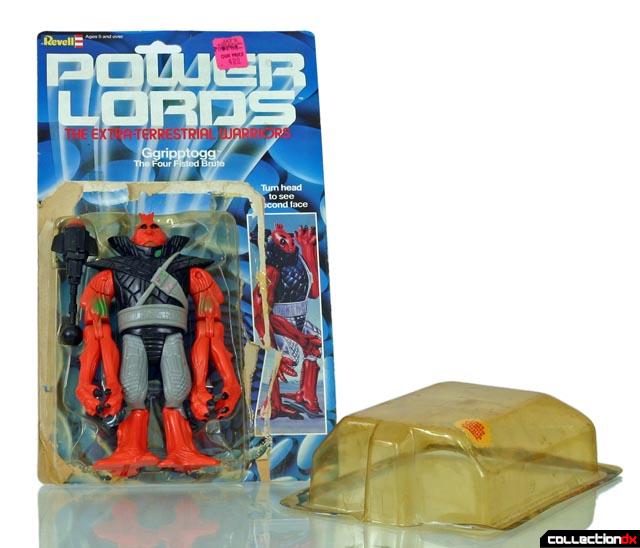 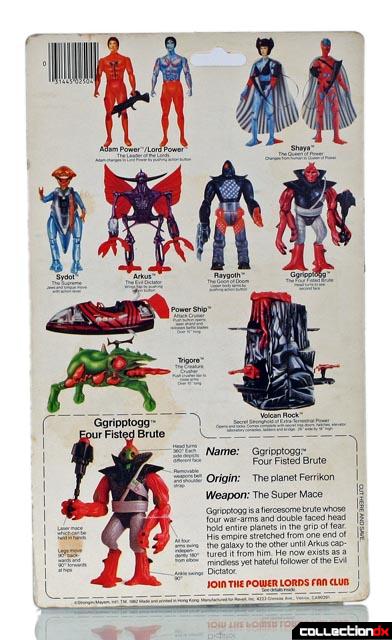 From the back of the card:

Ggripptogg is a fearsome brute whose four war-arms and double faced head hold entire planets in the grip of fear. His empire stretched from one end of the galaxy to the other until Arkus captured it from him. He now exists as a mindless yet hateful follower of the Evil Dictator.

In short, Ggripptogg is Evil Dictator and series antagonist Arkus' muscle. He's a brutish thug with four arms. The Power Lords used multiples as a recurring design motif. Ggripptogg has both multiple limbs and double-sided features. 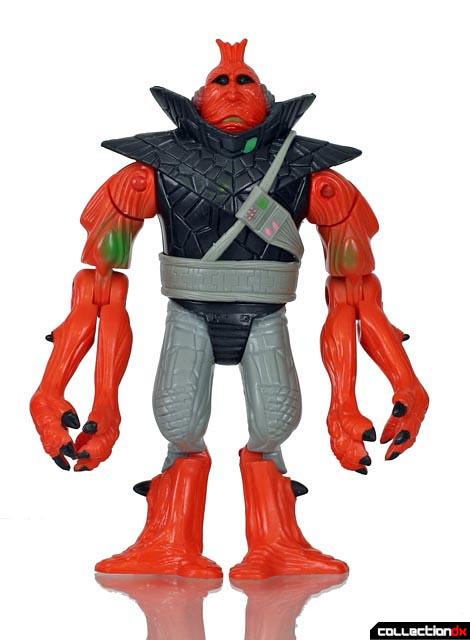 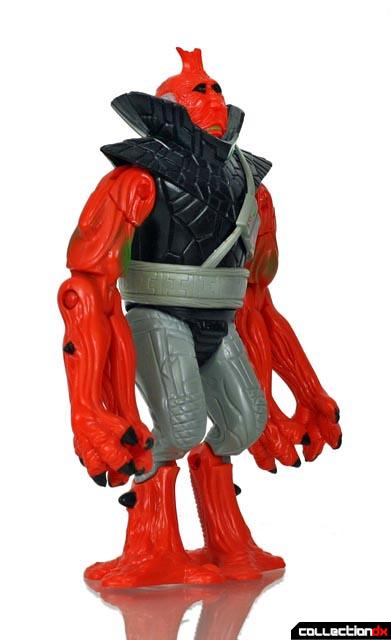 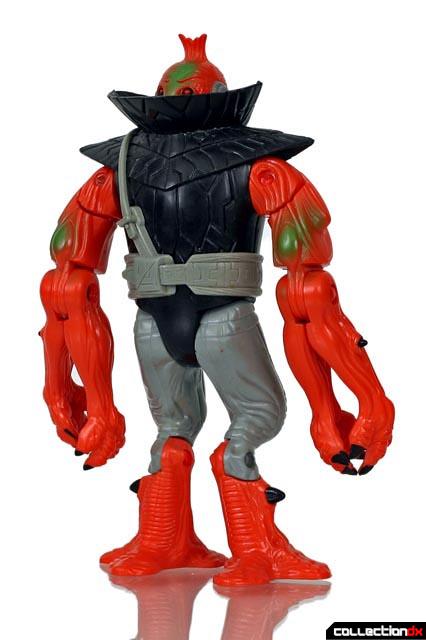 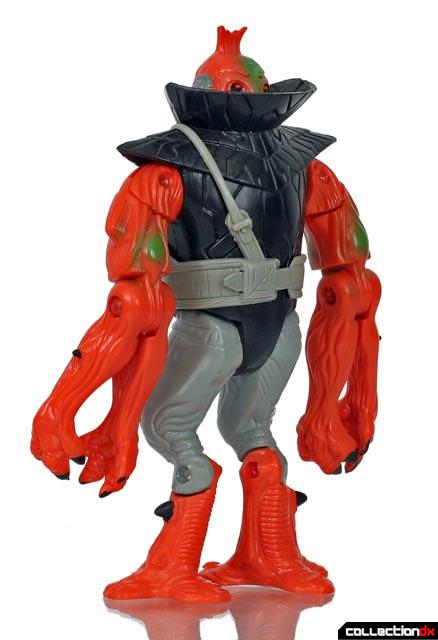 Ggripptogg's sculpt is awesome. None of the moving parts is obvious or expected. The arms articulation is unique, the backward leg joints are unusual. The striated day-glo muscle nicely contrasts with the chest, which resembles cooling pates of magma. Note, the soft rubber belt/harness piece is often missing from loose specimens. 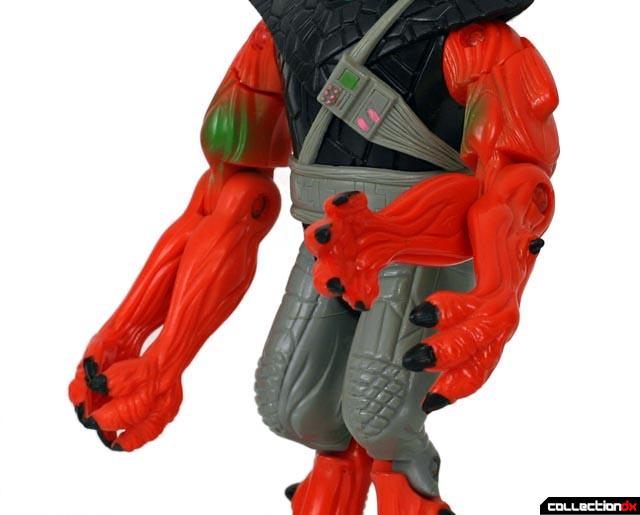 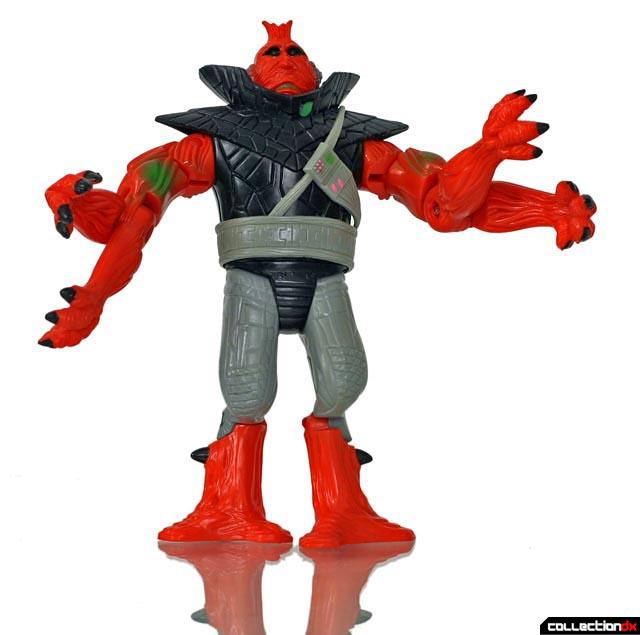 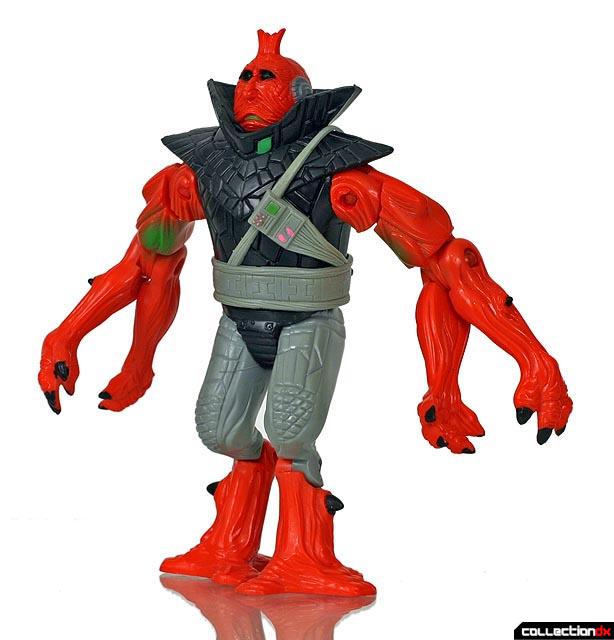 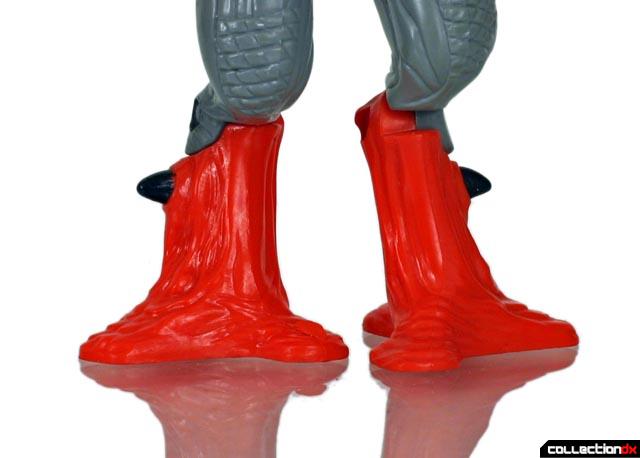 So GGripptogg has tons of funk and presence. Put this think on a shelf with any assortment of his contemporaries and he'll stand out. He looks good from any angle.

Like Adam Power and Shaya, Ggripptogg has a double-sided head. His second face is less menacing, more fishy. While this character is a bad guy, the design is surprisingly sympathetic. 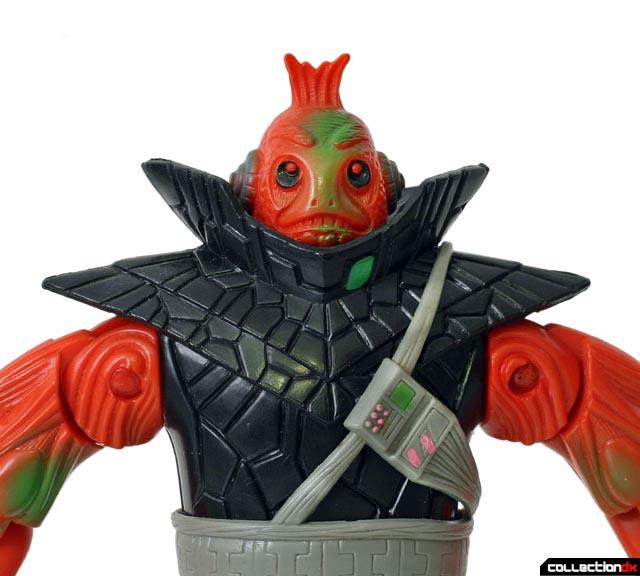 He comes with a laser mace, which fits nicely between his hands. 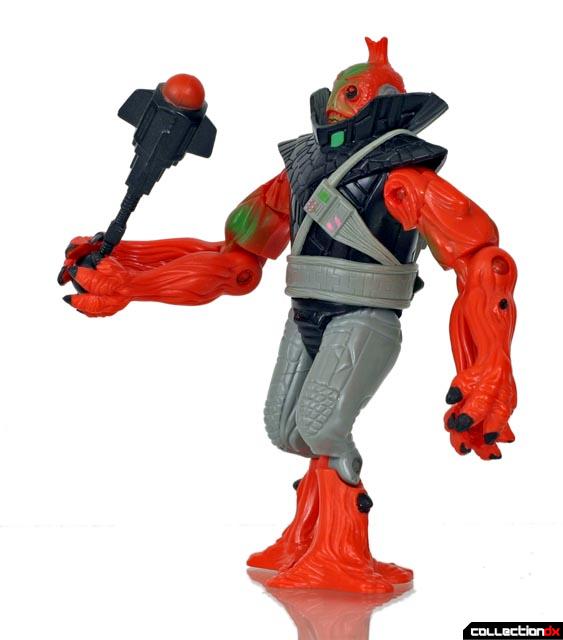 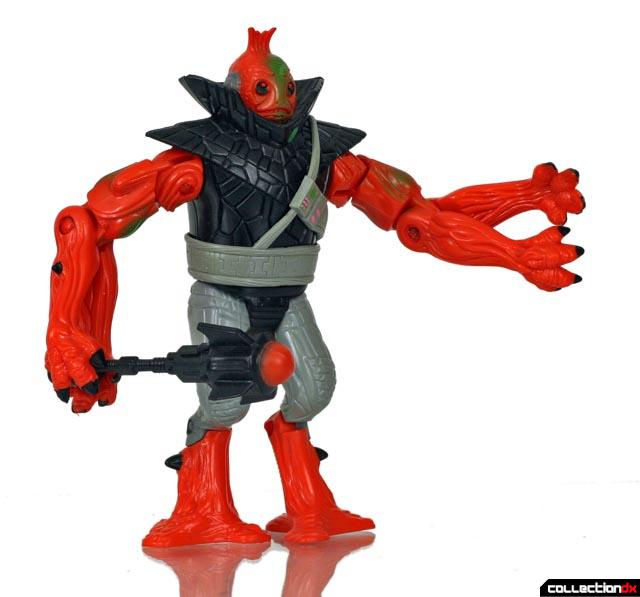 GGripptogg is definitely a stand-out piece from a remarkable line. He is generally easy to find loose, though finding him complete with accessories is still a challenge.

4 comments posted
I do not know how to

I do not know how to pronounce the dudes' name. Still is cool though!

"To pronounce it correctly, I would have to pull out your
tongue."-- Serak the Preparer, The Simpsons

Looks like Horton hears a who crossed with Crimson Typhoon. lol