Dynaman comes from the Super Sentai show Science Squadron Dynaman, which aired in Japan in 1983, and later was imported in the USA as a comedy series as part of USA Network's Night Flight.

The original toy was released as part of Popy's Chogokin series, and was later brought to the USA as part of Bandai America's GODAIKIN series. This particular toy is from Godaikin line, but I believe there are no differences between the domestic and imported version. According to Godaikin lore, the early toys were actually pulled out of their Japanese packaging and stuffed right into Godaikin boxes.

Dynaman consists of three separate vehicles that combine into a giant robot. These vehicles are:

Dyna Mobile is a ground based vehicle that shoots missiles. This vehicle becomes the torso and arms of Dynaman.

Dyna Garry is a truck used to transport Dyna Mach and Dyna Mobile. It forms the legs and feet of Dynaman. All of the components can be stored inside a separate vehicle, Dyjupiter. 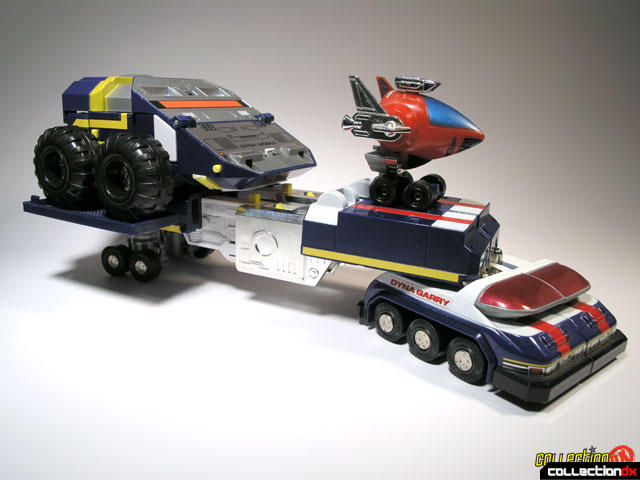 Transformation is pretty simple, but involved enough to keep you interested. Start with Dyna Garry, by closing the flaps on the rear of the truck. Press in buttons to retract the rear wheels, then fold the truck bed together. Separate the two halves of the cab and fold in the wheels to create the feet. 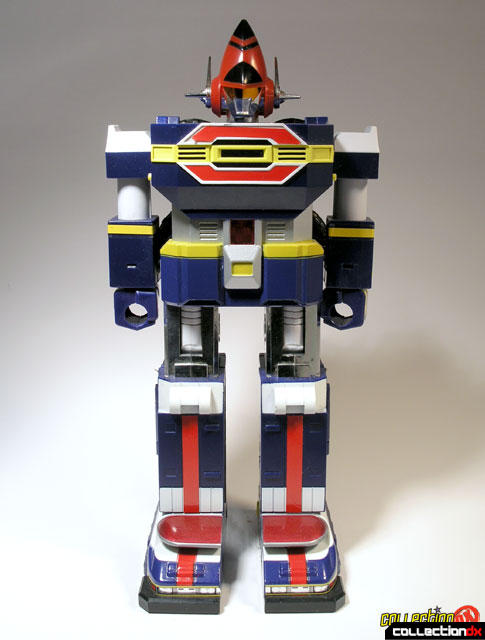 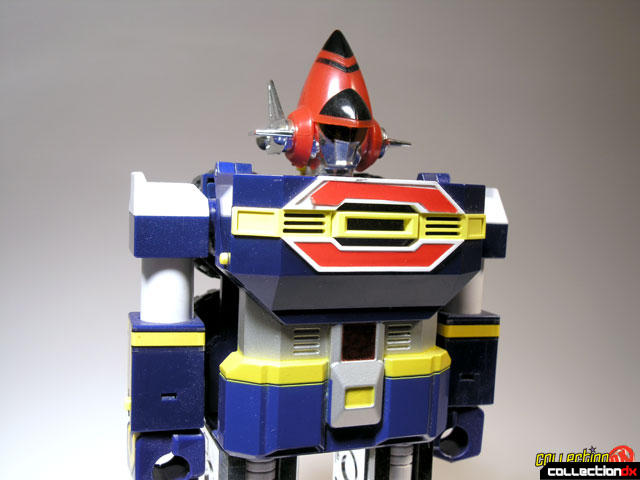 Dynaman stands about 10" tall when completed. He can fire both fists, and hold a sword in one hand and a shield in the other. Articulation is limited to the shoulders, but he is really cool regardless. 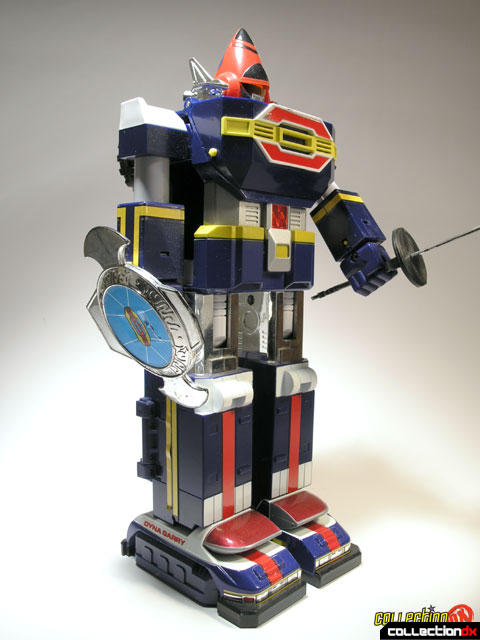 Included in the box was: 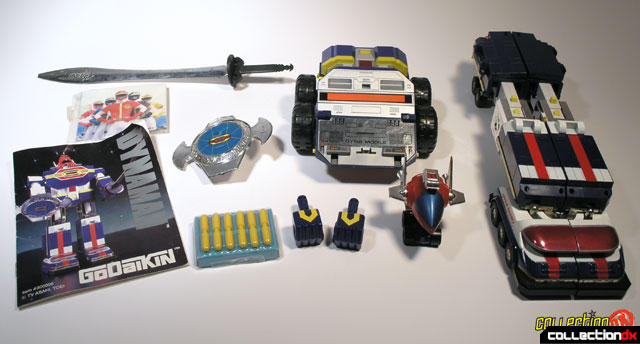