A while ago I decided that I was no longer going to collect items from the 80s anime “Aura Battler Dunbine” and decided to sell off what I had from the show. That meant dusting off items from the display case, finding the packaging in storage, and taking photos to chronicle their existence.

I picked up this guy in New York City in the early 2000’s, I’m not sure exactly what year. Fellow toy nerd Asterphage was showing us some hidden toy spots that day and he took us to some random Korean department store that for some reason had a palette of vintage Japanese toys smack in the middle of it. I felt like Indiana Jones that day, discovering some lost treasure. There were only actually two different toys there, the Sansei Joint Model Galient (reviewed here in 2005), and the 1/46 Clover Dunbine, but I stocked up on both and sold my extras on ebay shortly after.

That was a good day.

I kept one of the Dunbine toys as part of my collection until the East Coast summit was approaching, so I decided to let it go and take a few photos in the process.

The toy was so mint I could hardly stand it. The box was case-fresh. 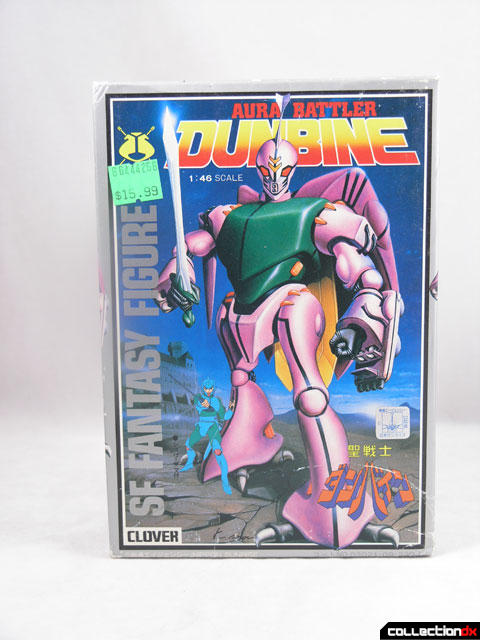 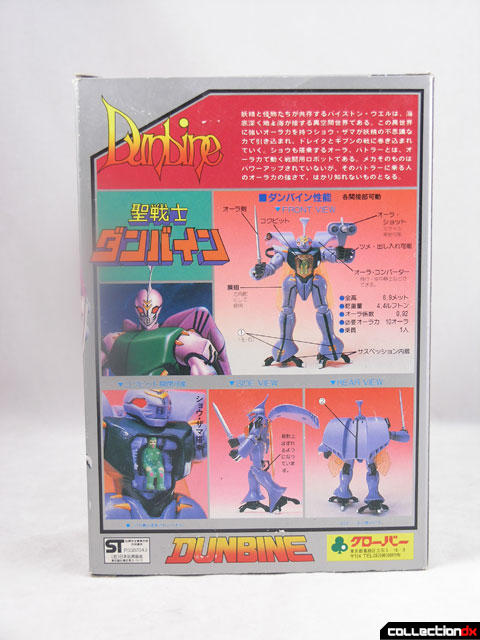 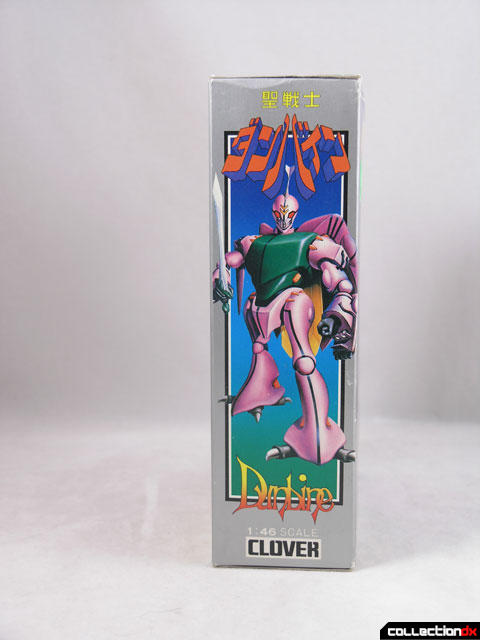 The package is a gorgeous, silver-rimmed box with a beautiful painting of Dunbine on the front. Inside, the mandatory vintage Styrofoam, looking as good as new.

I began to prepare to take photos of the toy, and as I moved the arm it snapped off in my hand.

So that was that. I placed the toy back in the box, put a sticky not on it that said “broken” and tossed it into the Summit pile where I sold it for next to nothing. 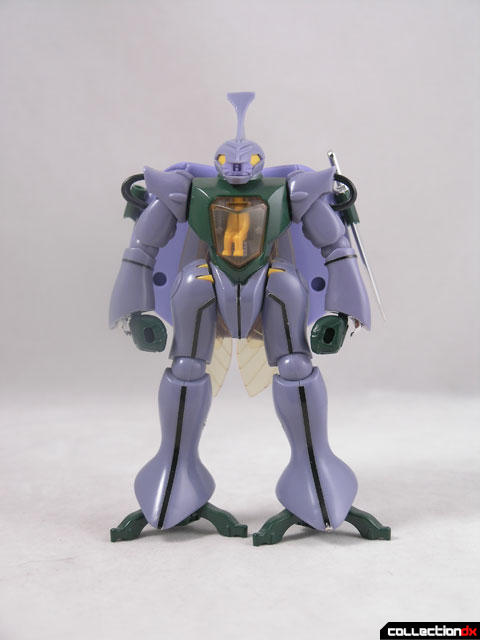 The toy had potential. It looked very cool. It was in theory articulated in many places (head, shoulders, elbows, hands legs, knees, feet), but of course when the first joint you touch breaks, you don’t bother with the others.

Dunbine comes with a cool chrome sword, missile launcher, and missiles. The sword stows neatly on the side of the back section. 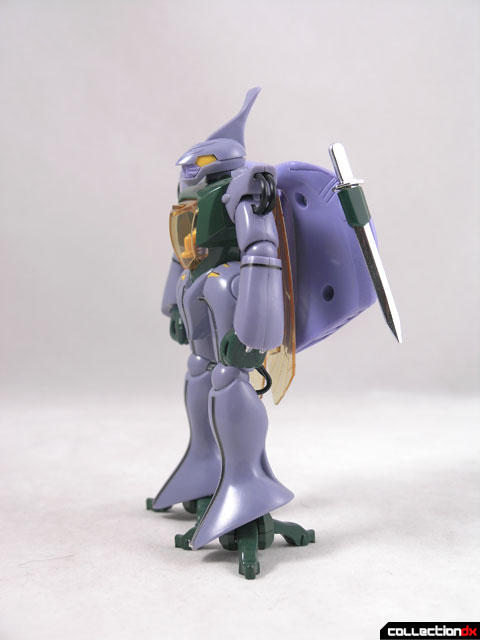 The translucent cockpit on the cover is removable, and the figure is easily lost. 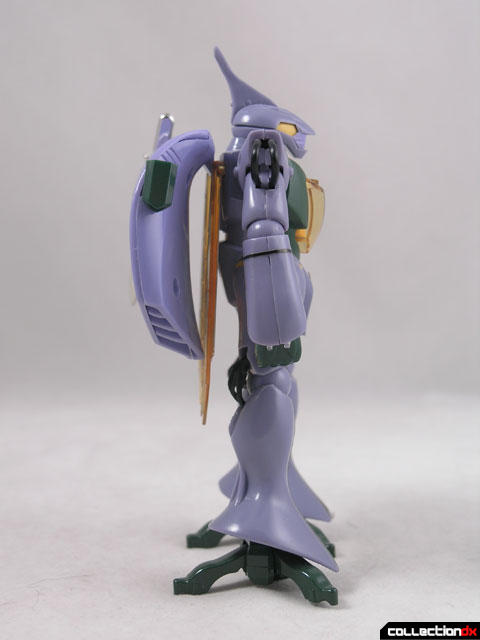 The articulated backpack is nice, with translucent movable wings. 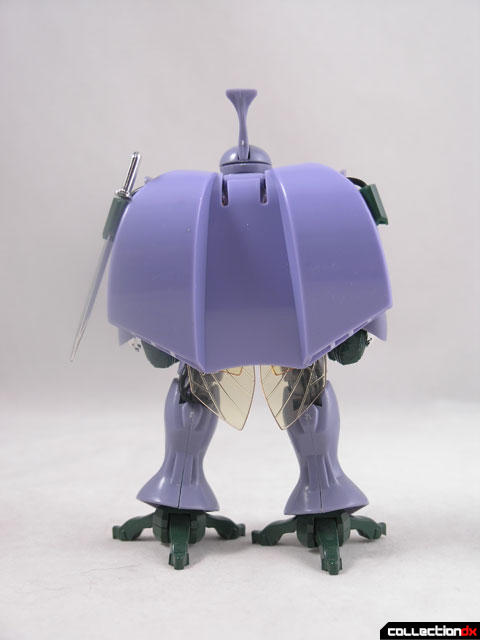 These photos are as far as I got before it broke. That’s all you get.

This was a fun toy! I had this as a kid and I loved it! Mine was very sturdy and held up well through play as a kid. I especially loved how the sword went into the backpack. I also painted many of the highlights such as white talons and painting the figure and painting the eyes red.

Funny, same thing happened to me. when Ebay started I had too much random Japanese toys and I decided that I was only going to concentrate on a handful of shows, so my Saint Seiya, Dunbine and Galiant items were sold off.

I owned (possibly still do to be honest) this toy, bought it back in the mid-80's. it's a nice piece, with a decent amount of die-cast if I recall correctly, but yes the plastic gets brittle over the years.

My favorite part was the claws on the wrists, they pull out! This toy wasn't remotely close to the actual mech in the show too, I love that.

Really the claws pulled out? Ha! I never knew that, Japanese toy makers never explained all the features their toys did. I remember accidentally discovering the sword went on the back.

Very cool toy, I should have bought it from Josh B

I thought I could fix it and it broke on me too, this toy hates glue, but I love the figure anyways. I got one of those TRU Dunbine figs back in the day and loved it, so it was nice to get a Clover one.