It interesting to note that I begin my first review about the Hasbro’s 1982-1994 GI Joe: A Real American Hero series of figures in the month after Mervyn’s Department Store announced they are going out of business. For it was Mervyn’s Toy department that I saw my first GI Joe Figures for sale and where my parents bought a bulk of my GI Joe collection from. 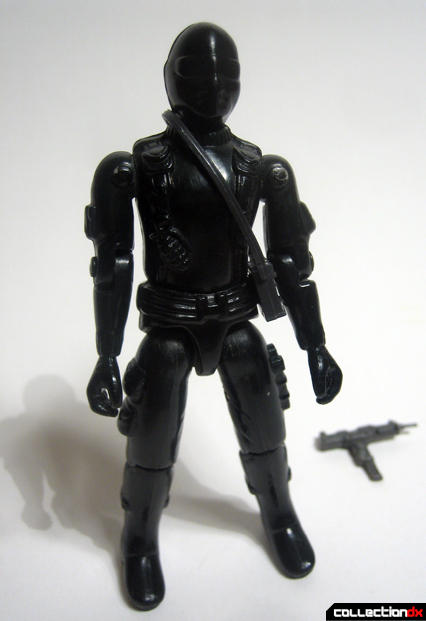 Some collectors might not be aware that at one time Mervyn’s used to have a small toy department through the early 1980’s. It was not a huge department in local Upland store, eight rows of shelving surrounded by shelving on the walls with one check out register in the middle. It was a small selection but whoever was the toy buyer for Mervyn's had great taste. It was here I saw many great toys for the first time that not only included GI Joe but Tron, Robotech and Empire Strikes Back. My mom had worked at Mervyns so her store discount helped out in receiving a few dollars off items. 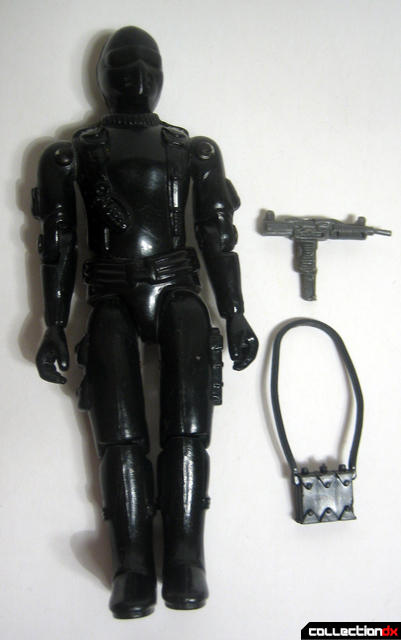 I have a great memory with my parents shopping at Mervyns while I am holding my brand new Kenner Empire Strikes Back Luke Skywalker in Hoth Outfit in my hands. I sure most of you who were collecting at that time have some sort of variation of these types of memories.

It was the Mervyn’s toy department where I saw my first GI Joe figures for sale. From that moment the first figure that caught my eye was Commando: Code Name Snake Eyes. Remember, this is pre- Marvel Comics/ Sunbow animation Snake Eyes. The back-story of Storm Shadow, Timber, the romance with Scarlet, the Soft Master/Hard Master legend had not been woven by Larry Hama yet. At this point, he was just the mysterious all black commando of an anti-terrorist group known as GI Joe. $2.95 less, I had my first GI Joe figure.

I was amazed at the mobility and the durability of the figure especially compared to the benchmark at the time of 3 ¾ figures, Kenner’s Star Wars line. Although the 1982 line today is criticized for it simple recoloring and usage of the same parts on nearly all of the first 15 figures. Besides the repeated heads, I thought it was great the figures had uniforms looked the same like a real military platoon. It has been said that Snake Eyes was molded in one color so Hasbro could save some money with not having to apply any paint to the figure. 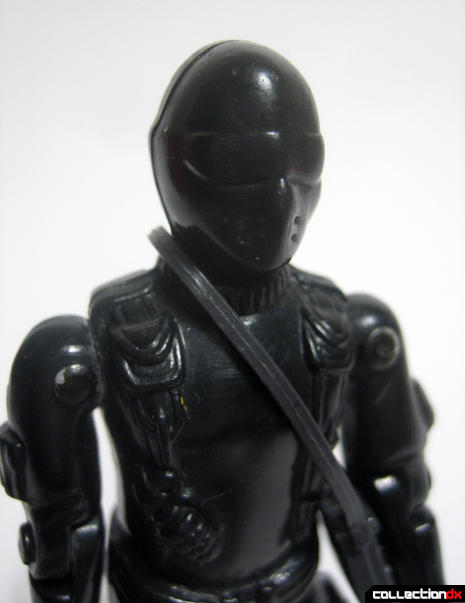 The art design of Snake Eyes nearly 25 years later is still top notch. The 1982 version of Snake Eyes will always be my favorite version. I like the goggles and the molded band in the back of the head, the motorcycle boots and dynamite explosives attached to his leg that was particular to Snake Eyes only. And after watching films like Mad Max and the Road Warrior and purchasing the R.A.M. motorcycle I sort of liken Snake Eyes to a renegade motorcycle anti-Hero like Mad Max.

I also loved the detailed weapons of the Israel designed UZI machine gun and bomb pack. With my then growing interest in Militaria (my father fought in USMC in the Viet Nam war through 1966) and my love for 20th-century history, I see now that Snake Eyes was all too accurately armed to fight a terrorist organization.

I would like to think that Snake Eyes character development was designed around the many terrorist situations that were happening in the 1970s and 1980s and perhaps a reflection of those times. Most special ops commando soldiers names are indeed classified to protect their private lives and it is to note that Snake Eyes was the only character from the 1982 line who’s real name, to this day, remains unknown. 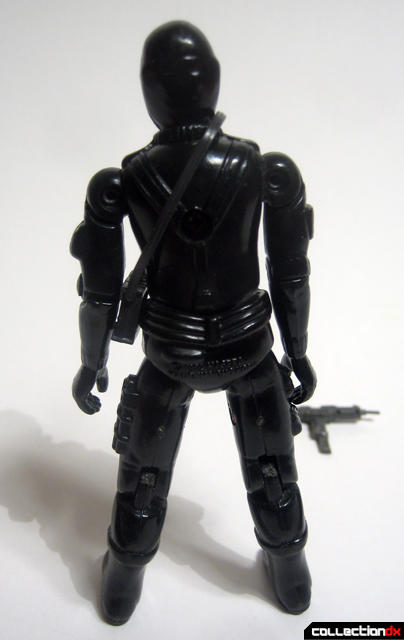 Unfortunately, my original figure was sold or traded off in the late ’80s, but I was extremely lucky to locate a clean original straight arm Snake Eyes a few years ago from a vendor at the Pomona antique mall for $5.00. Today expect to pay about around $25-$60 for a complete figure and over $700.00 if the figure is still in the package. Be aware that originally Snake Eyes was released with dark grey and black weapons and are often replaced with the battle pack #1 which were molded in a lighter grey color.

Mervyn’s shut down their Toy Department in the late ’80s, which was really the end of an era for those early years. Snake Eyes continues to capture the imaginations of kids today and although he is dressed in black, Snake Eyes was a good, pure and selfless character that the other Joes could depend on under any circumstance.

This guy brings back memories!

Although I had the one with the silver visor and he had a wolf. So it wasn't one of the original. That said I did have an original Storm Shadow which I picked up at the time for 50p. SS was always my favor followed by this guy.

Great review Leo - I love the stories you attach to them as much as the toy itself.

In 1982 I was in Cub Scouts. It wasn't much of a den, we didn't learn much at all. The meetings were held at the den mother's house at the bottom of my hill. One of her sons was epileptic, and he would often have seizures at the meetings. Big fun.

At one den meeting around the holidays, we had to exchange gifts. So my mom and I went out to... I want to say Capitol (you Lowell area peeps might know it), and picked up a couple of new GI Joes.. We got snake eyes, the cobra trooper, and some green soldier - I think he was the communications guy. It was this very same wave too - no kung-fu grip or anything. I thought one might be for me, but no. So she wrapped all three together and put them aside as a gift.

I was a sneaky kid. I wanted those Joes so bad, that I think I actually pretended I was sick so that I couldn't go to the swap, and then the Joes would be mine. it was not meant to be, and I had to go to the meeting.

This meeting was the gift swap, and we had all pulled names last week to see who we were giving to. At the meeting we swap gifts, and the kid who got the Joes went mental. Me - well, the kid who had me didn't show up! So not only did I not get any Joes, but I didn't get ANY toy. Goddammit.

So yeah, I think thats why I don't collect Joes. I was traumatized.

Excellent review. I really like the personal touches with all your memories of getting the figure etc.

Awesome review, Leonardo. But for me, my Snake Eyes was version 2; the version from the cartoon who had the distinctive ribbed/vented eye shield and came with Timber. I loved the hell outta this toy! It's funny how having the tie-in cartoon really made so many of these toys for me...and yet, I remember having many toys with no tie-in whatsoever that I loved just as much...

This review and this video ended up making me go over to the store after work today and pick up a 25th anniv. Snake Eyes. Of course it was the one with the grey sunglasses and Timber. I usually only really like the Cobra members on that show,but Snake Eyes is awesome enough to be one of the few Joes I like,along with Wild Bill,the "porkchop sandwiches" guy,and the "Hey,kid,I'm a computer" guy.