Some of you oldsters may remember a show from 1982 called "Ippatsuman" (I don't, because I wasn't born yet). This is one of the main super robots of the show, and in my opinion one of the coolest robot designs ever. Trust me, I'm a doctor (No I'm not). 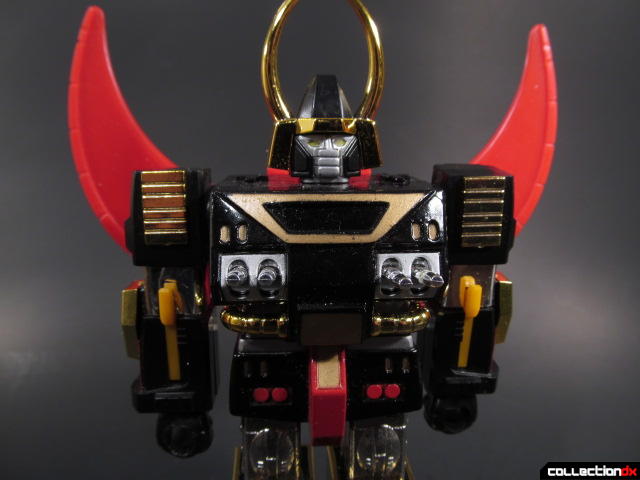 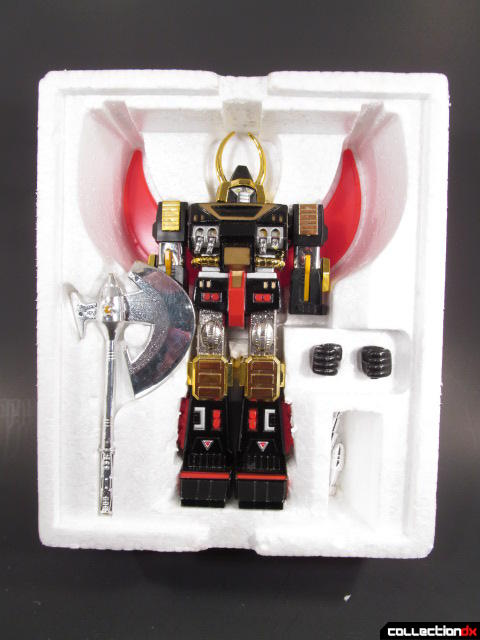 Anyway, this gorgeous hunk of metal was brought into the world by the always fabulous Takatoku Toys. I shouldn't have to explain who Takatoku was, but since this is my first Chogokin review I'll pass this information to you. Yeah you, the only one out there reading this who doesn't know where the original Macross toys came from. Well, it looks like I sort of just told you who they were in the middle of that snide remark! Yay! 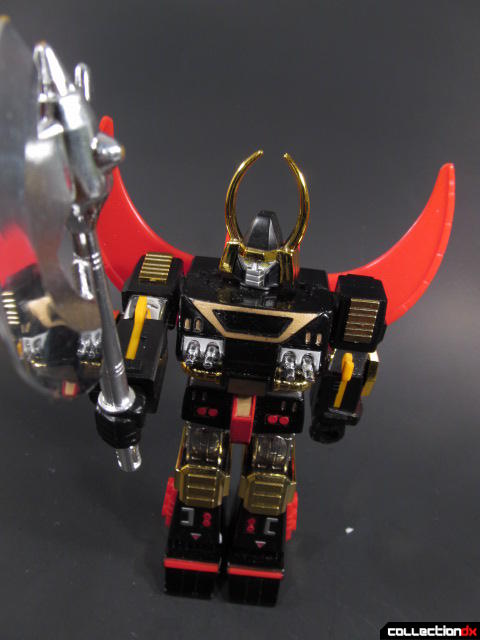 So let's get down to business. If you are a fan of chunky robot bricks, then this toy will absolutely satiate any desires that you might have. From the cannon nipples to the big, goofy face, this thing just SCREAMS "early 80's robot toy". Even so, it's pretty faithful to the way Sankan-Oh was rendered in the cartoon. 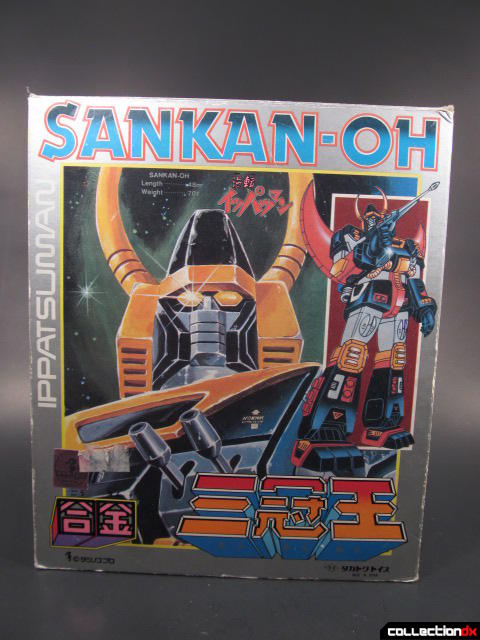 Now, I'm not usually one to gush about packaging, but boy does this thing have some gorgeous packaging! From the bright machined lines to the glint in his eye, this style of artwork is everything I would ever want in a super robot box! My only gripe is that they didn't include a cutaway drawing. Those things are always cool. 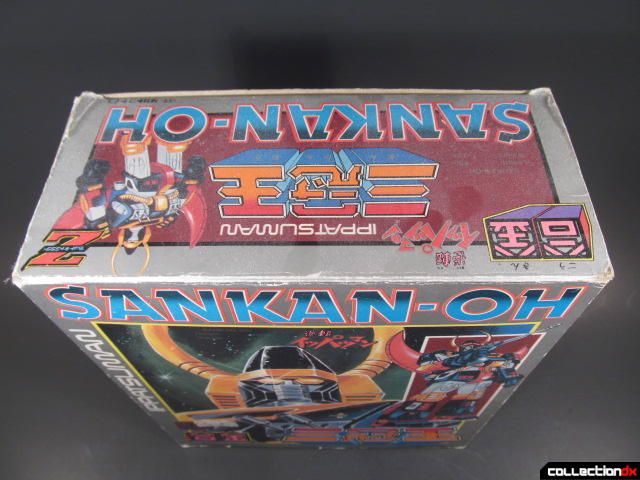 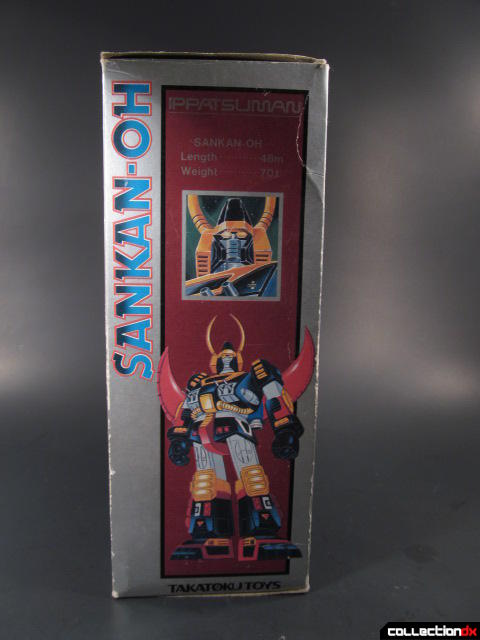 Plus, I love it when the package tells you the actual dimensions of the robot. We can see that Sankan-Oh is 48 meters long and weighs 70 tons! 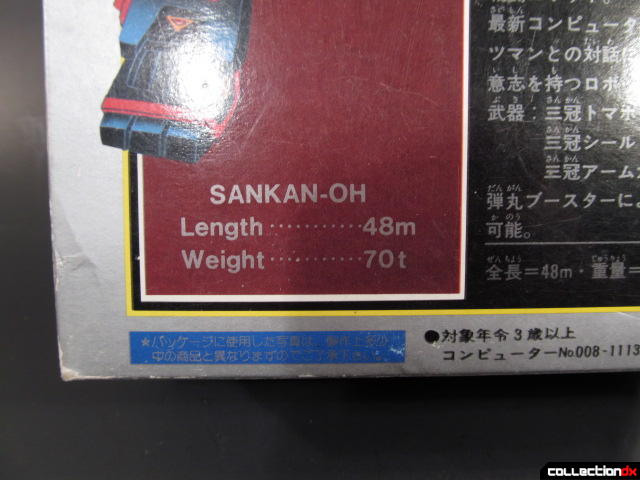 As this is one of their ST releases, it doesn't come with all the cool stuff that the DX releases had. But it DOES come with Rocket Fists, so I don't care. In fact, it only comes with fists, the Dangan Booster, missiles, and the Sankan Tomahawk. It actually came with 3 missiles, but sadly mine only has two left as this little guy has been played with. 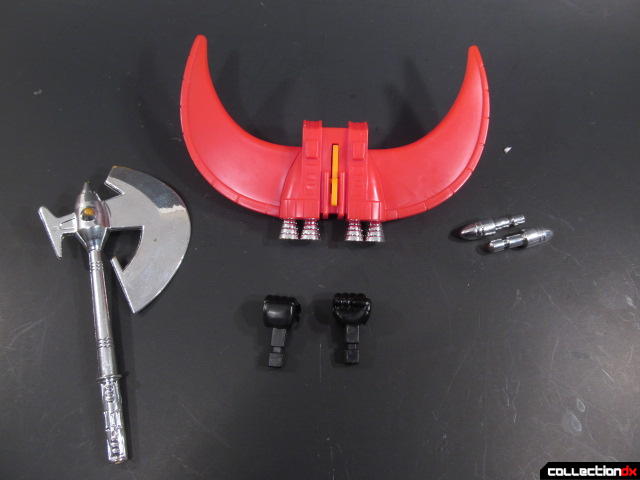 Articulation is barely there, with some rotation at the shoulders and head, and hinges on the hips and knees. It's cool though because I just want my Gokins to stand there and look awesome. 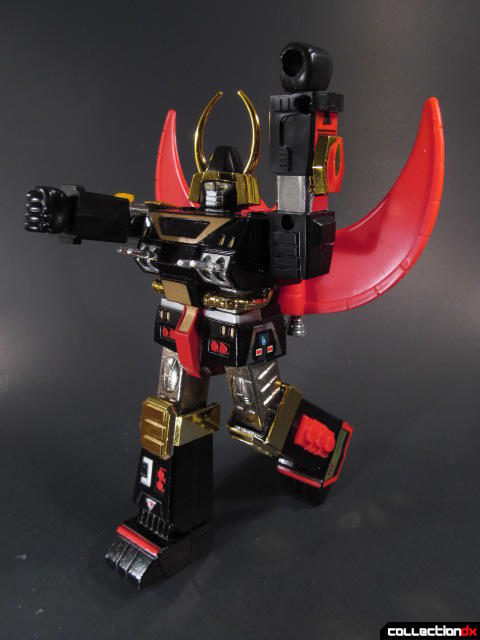 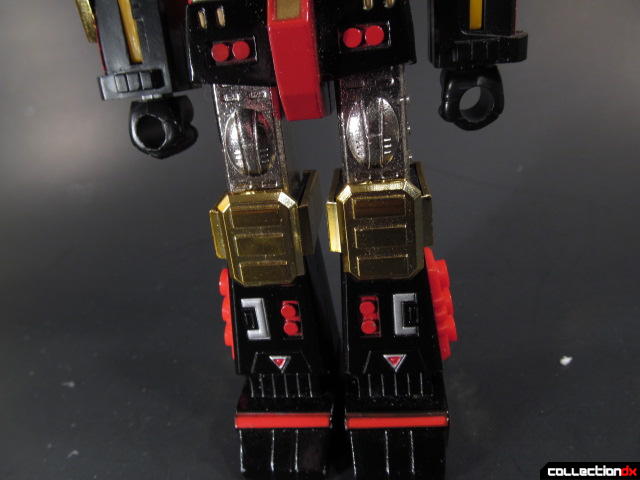 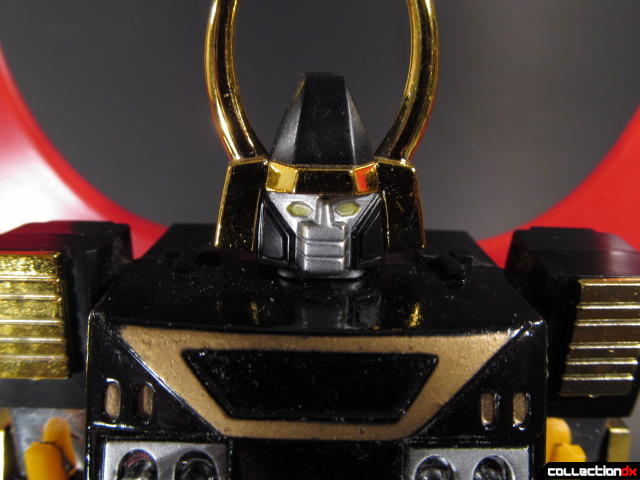 Plus, almost the entire thing is diecast. The only plastic parts are the head, shoulders, and missile doodads. You could probably kill someone by dropping him off the roof of a small building. With his age, I can find no faults here, except that it didn't come with his Shield, but that's what DX releases are for! If you happen to find one somewhere for a decent price, I highly recommend that you pick him up, especially if you are a fan of Chogokins. This release exemplifies what a Chogokin is and nothing more, and that's why it's so great! 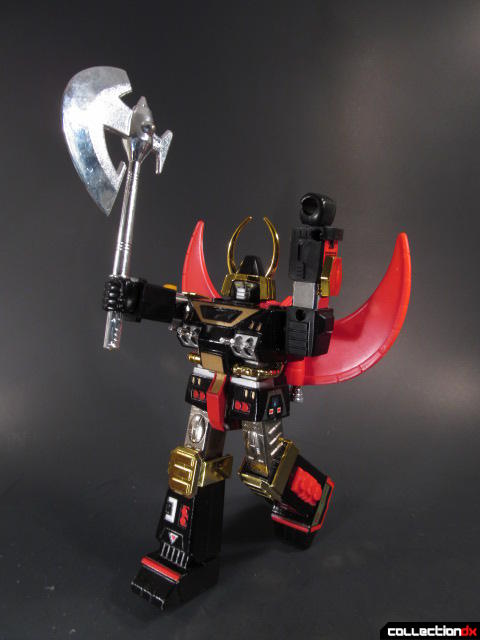 6 comments posted
I agree that Sankan-Oh is a

I agree that Sankan-Oh is a great design.
I was eying the one in the Ed Sandford auction, but that wen't quickly outside my budget.
It's all good, though. The CM's version is more than enough to keep me happy.

I sold one of these for Sanjeev a couple years back and, although it did have a broken chest gun, it brought only about $33. Oh well, nice to see those vintage reviews!

Cool review. Be careful with those chest cannons, as they are often easily broken.

I can definitely see that. The box isn't very "nipple cannon" friendly.