Porsche Robo is based off of a 1982 Porsche 956 C Coupe race car. (link). The toy replicated the look of the classic sportscar, right down to the vehicle number and sponsor labels. 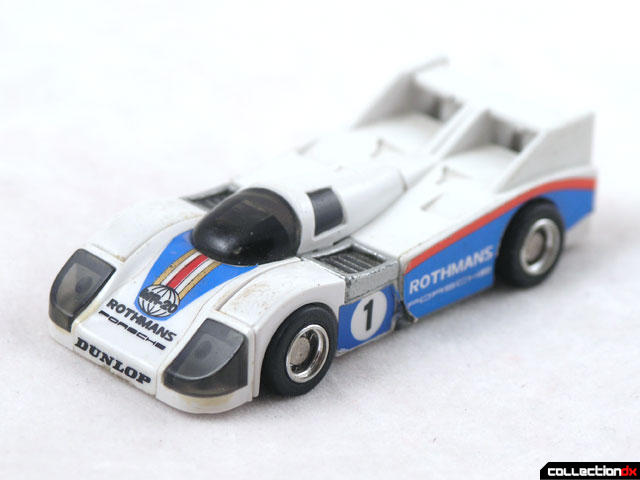 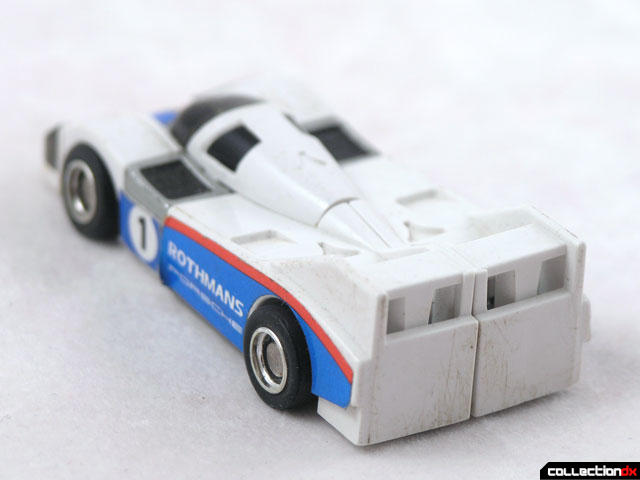 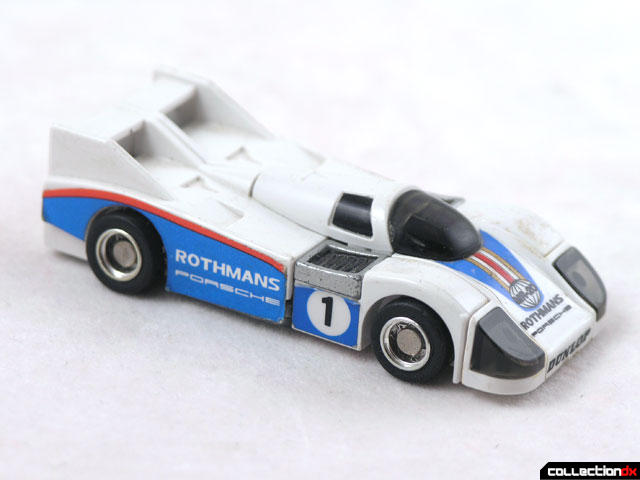 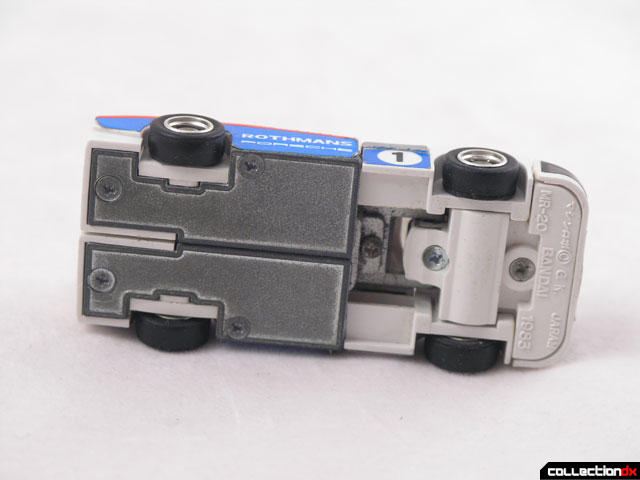 In America, this toy was known as "Crasher" as part of the Gobots line. 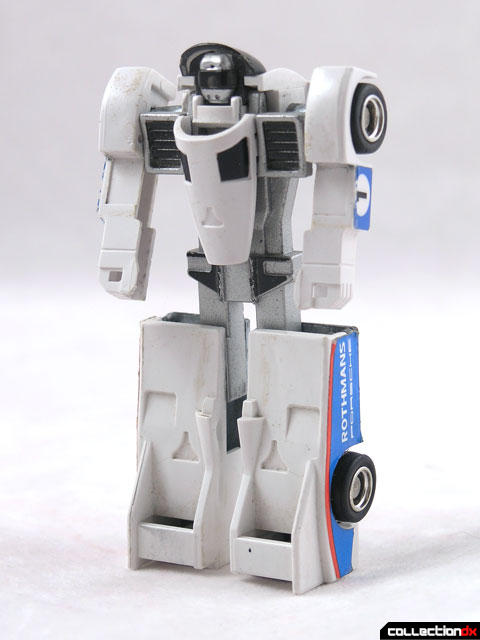 The first release in 1982 was this white version, a direct import from the Machine Robo line. Crasher became a key character in the Challenge of the Gobots cartoon, but in the show the character had a red and black color scheme. in 1983 Tonka quickly changed paint apps and re-issued Crasher to match as seen on the show.

Crasher is notable for being a female robot, although in Machine Robo, the robots had no gender defined.

Construction is classic Machine Robo. Hard ABS plastic with diecast metal parts. Tires were rubber and most details were stickers. 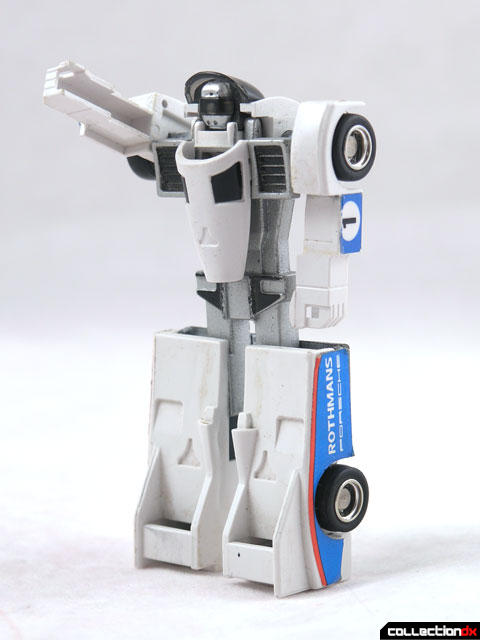 Transformation is simple - pull down the legs, pull out the arms, flip down the head. 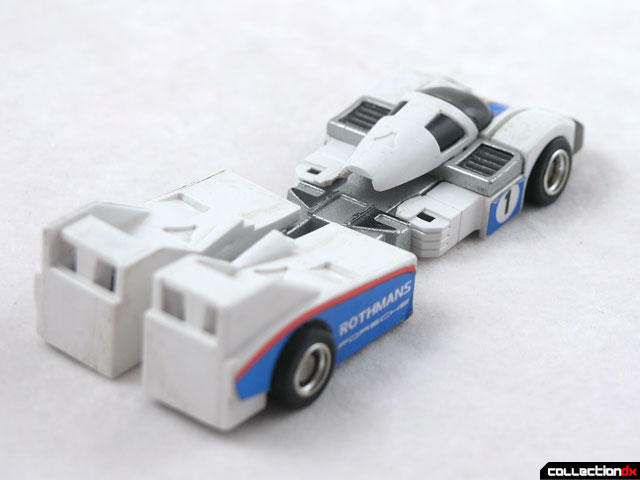 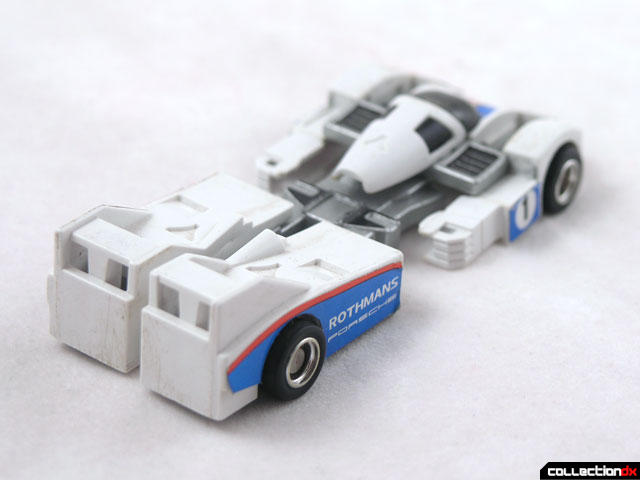 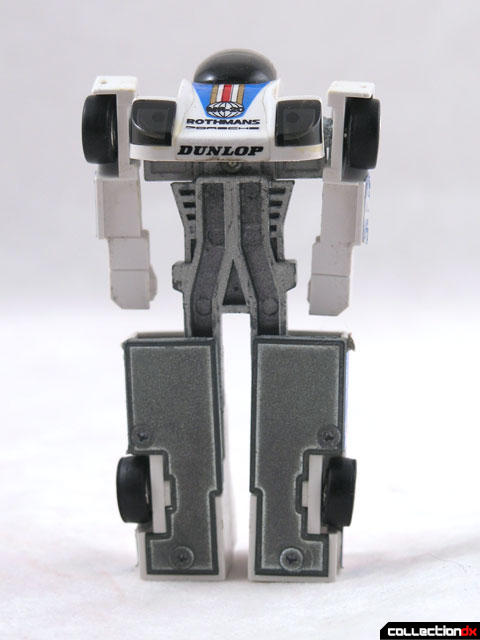 An awesome example of the line. 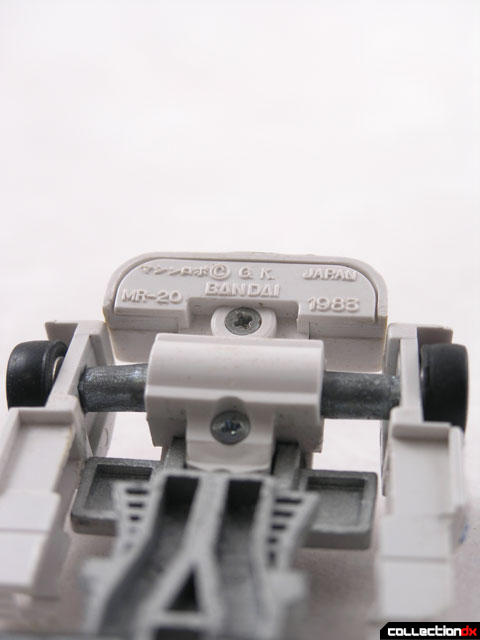 Crasher was always one of my favorites for its different spin on the sort of standard Transformers car transformation (in reality, a lot of the Machine Robo cars transformed very differently from the often same-ey TFs). She's a bear to find with nice tight legs, tho...

In a way, it's almost criminal that none of the cool stickers on this version are visible when looking straight on at the robot. That was one thing that TF's car-hood-chest design did right.