The Gobot Fitor (aka MR-03 Jet Robo) is an interesting piece. While there were many, many Machine Robo toys produced, only a few were iconic in Japan, largely due to their inclusion in the Machine Robo: Revenge of Chronos anime. In the anime, this character was known as Blue Jet. 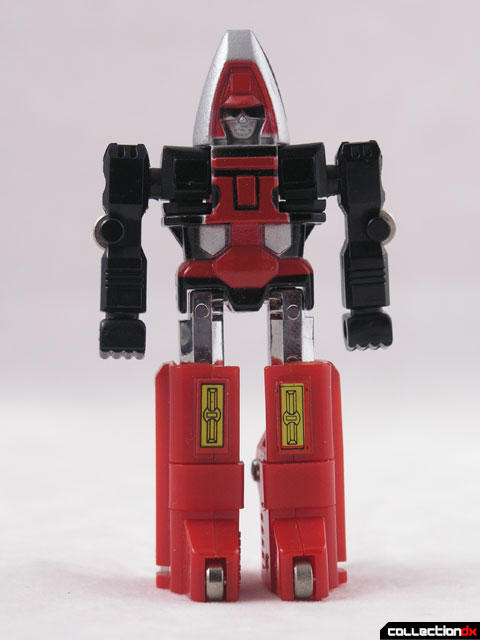 In the US, Fitor to me seemed like Starscream – jet-based lackey to the head bad guy, just not as annoying.

There was a ton of Fitor toys produced. He’s one of the most common Gobots you can get. He’s pretty cool looking, but once again, his vehicle mode is based on a fictional ship. 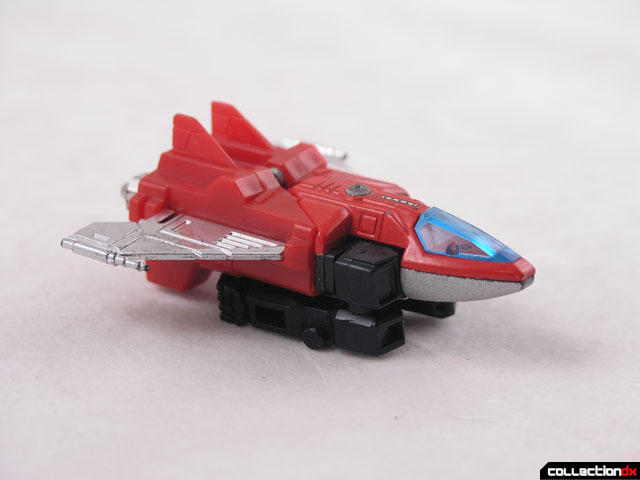 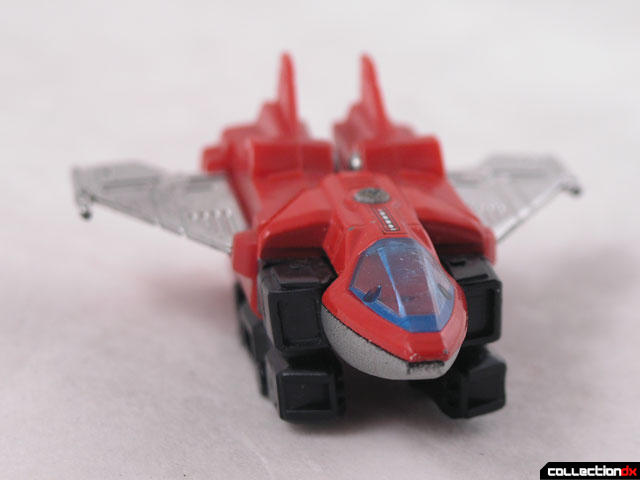 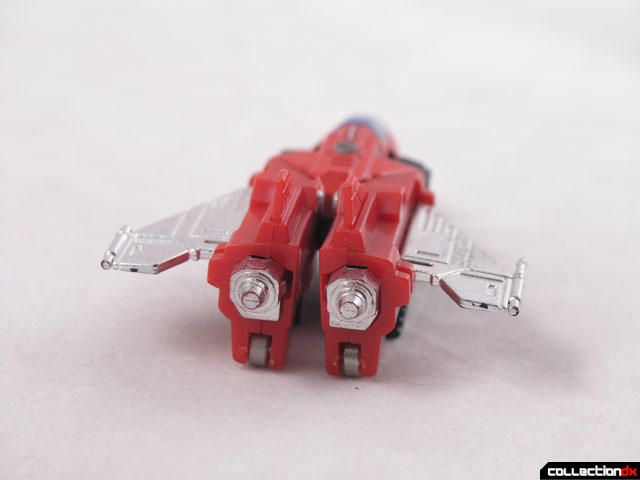 The body of Fitor is diecast metal, with the limbs being plastic. The wheels in the arms and legs are metal as well. 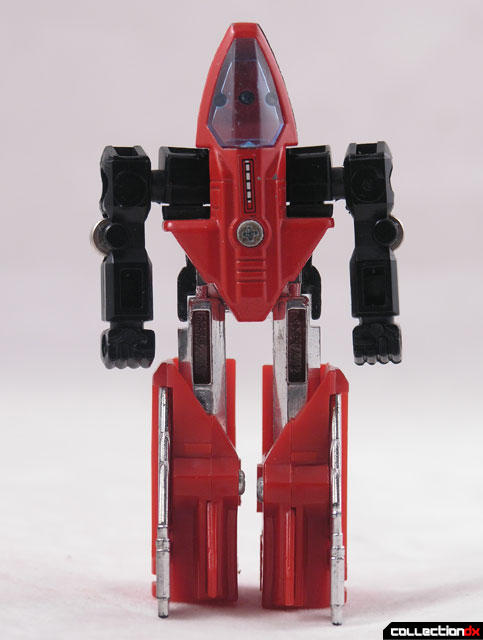 Fitor featured a simplistic transformation. From jet mode, extend the legs, flip the wings back, and then fold the arms back. Simple enough for a small child. 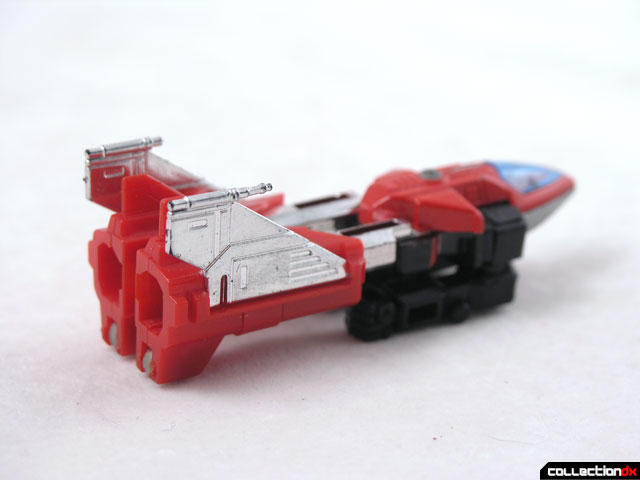 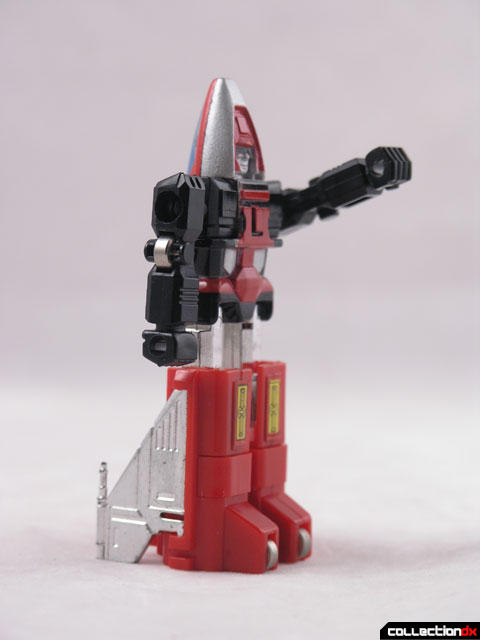 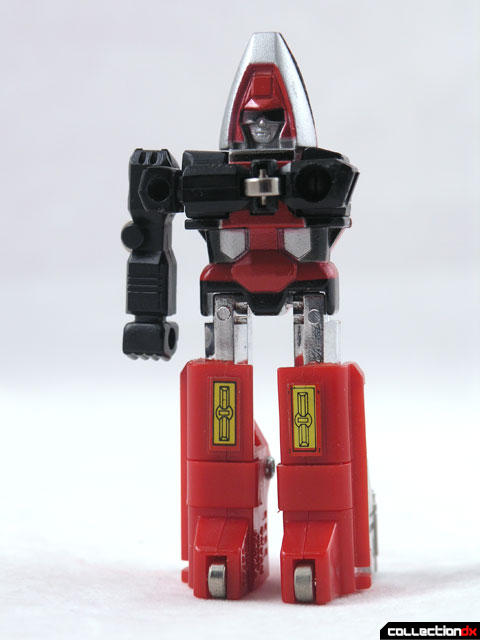 No accessories came with Fitor. This toy does not stand the test of time as well as some of the other Gobots. Over the years, the legs get loose and it gets hard to stand the figure without one collapsing. The small chrome tips on the wings break off easily. Finding one loose in good condition is rare. 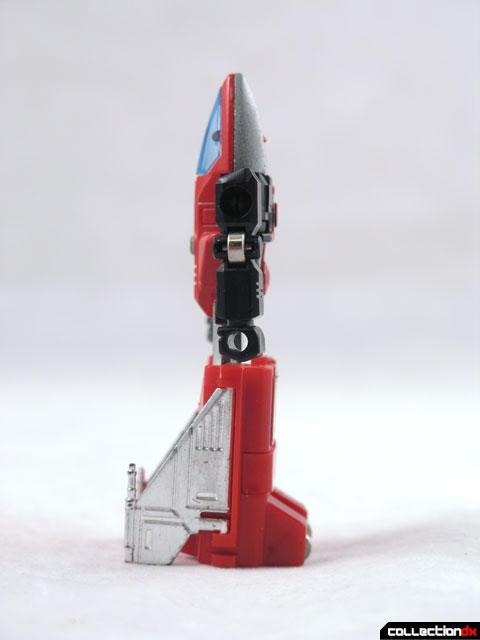 In the recent Machine Robo Rescue toy line, Jet Robo got a tribute with the release of the modern, combining Jet Robo toy.

My favorite Gobot/Machine Robo. I only wish mine was in as good of condition as yours.

Why this robot's name is Blue Jet in Machine Robo still boggles and confuses me. Cool toy though.

I also have the one they did in 2003 for Machine Robo Rescue, named Hyper Jet.

There's also a cool version of Blue Jet that doesn't transform but is articulated and has a sword.

Hey Dkun, here's the answer to your question:

... And in a single moment, all is explained.

Man, that's neat! I love how simple this one is. Never had many TFs or Gobots when I was little, but now I wish I had more Gobots. I probably would have liked them better. I had two TFs, and one of them was Ironhide, who doesn't have a head but I THOUGHT he did. Confused me for years.

Anyway, I like this one 'cause it reminds me of little side-scrolling shooter ships. Woulda loved this one when I was little!

i still keep this red plane...