In the show Ippatsuman, the Home Baser is the "secret base" of the company named "Time Lease" who fight against "Skull Lease"

Home Baser (ホームベーサー) sits mostly hidden with only the "neck" above water. The fortress below holds the robot Gyakuten-Oh.

This is the cheap toy version of the Home Baser. Takatoku made a nice high-end version of the toy but this is not that one. This one is cheap. Cheeeaaaaap.

Despite being a low end toy, Home Baser has a high-end box. If I were to never open this box I would have had just as much enjoyment of this piece I think. 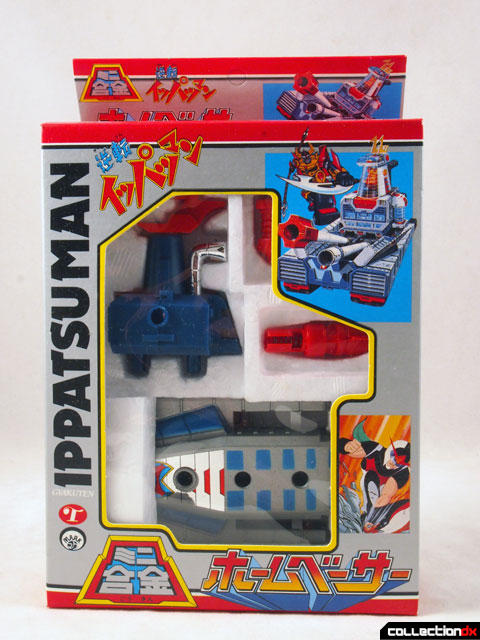 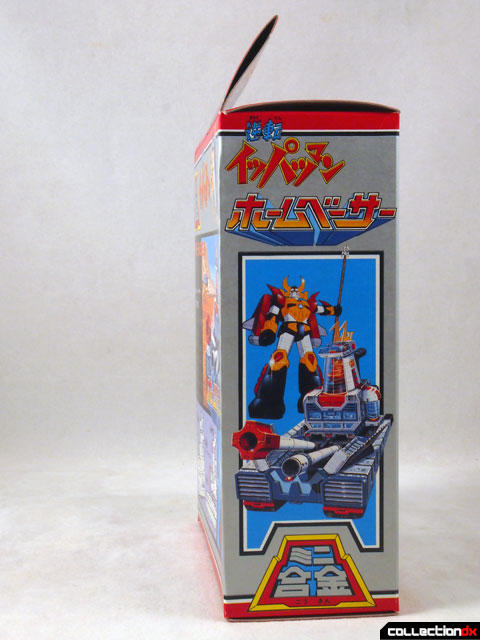 The illustrations on the back are amazing. 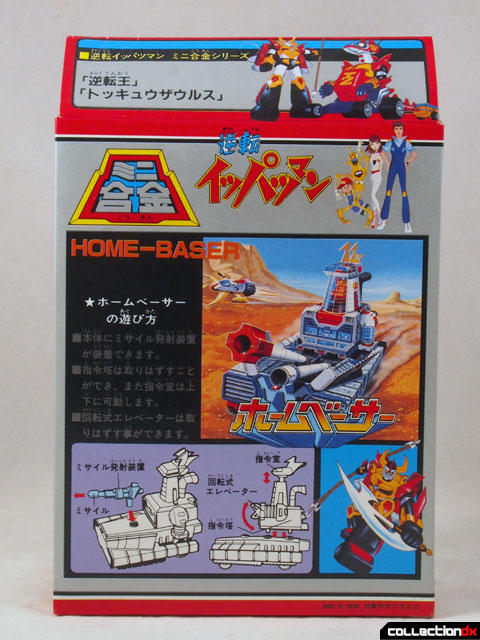 Even cheap toys get styro trays. 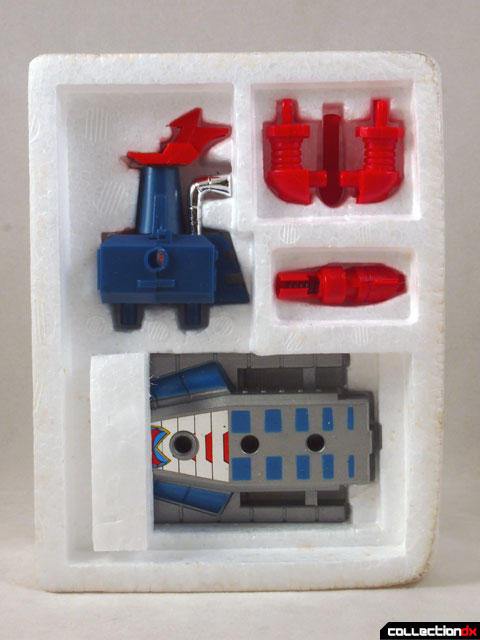 Some assembly is required. The base unit is diecast metal. 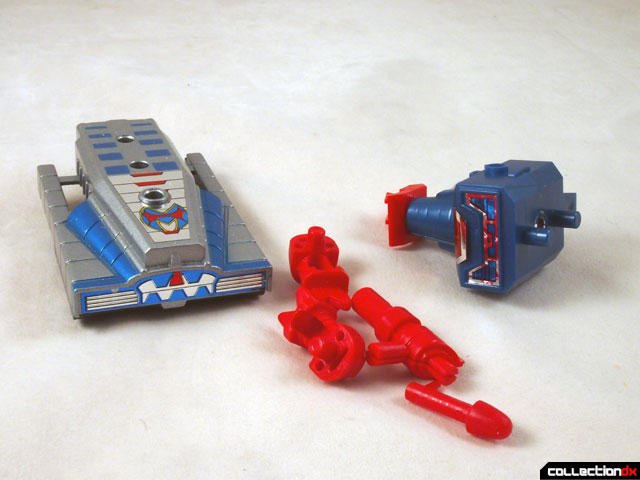 Here's the dorky secret base in all it's glory. I don't even know what this is. It's... interesting. 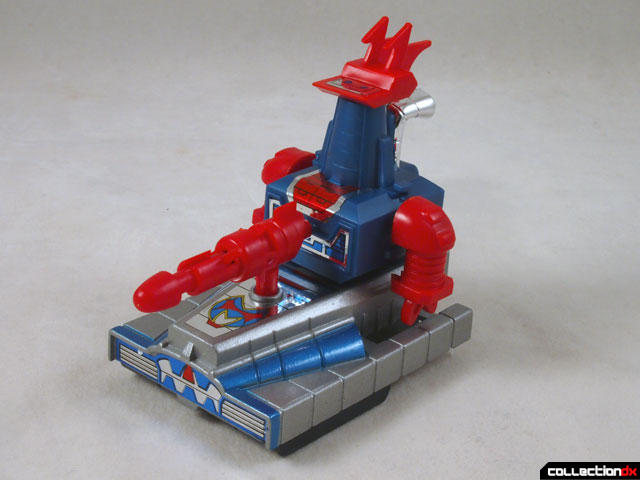 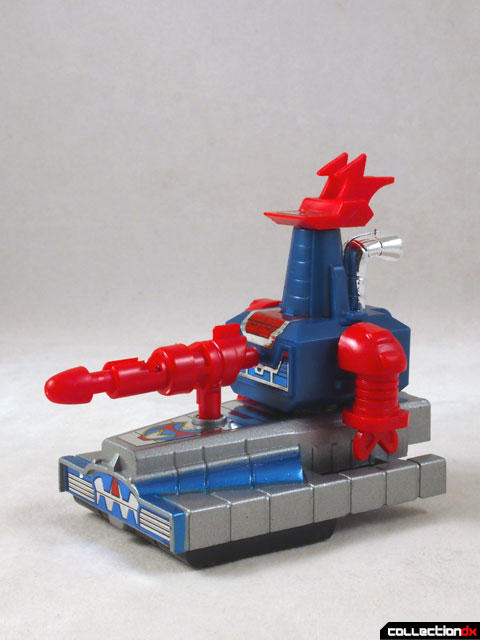 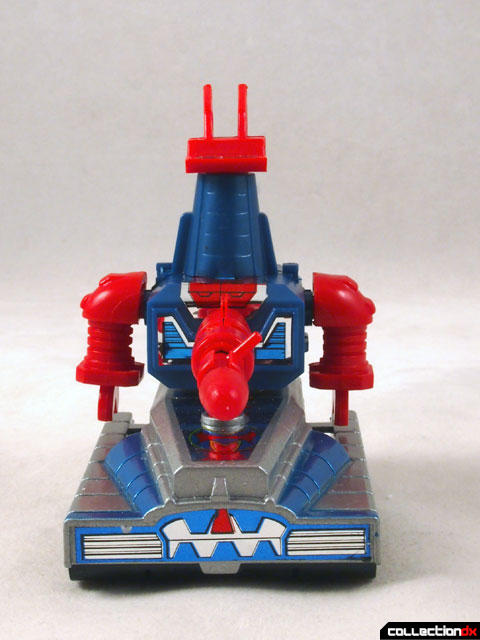 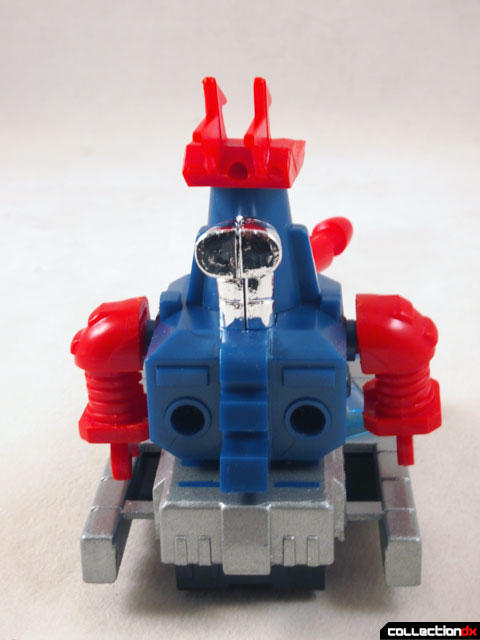 Some parts can move. 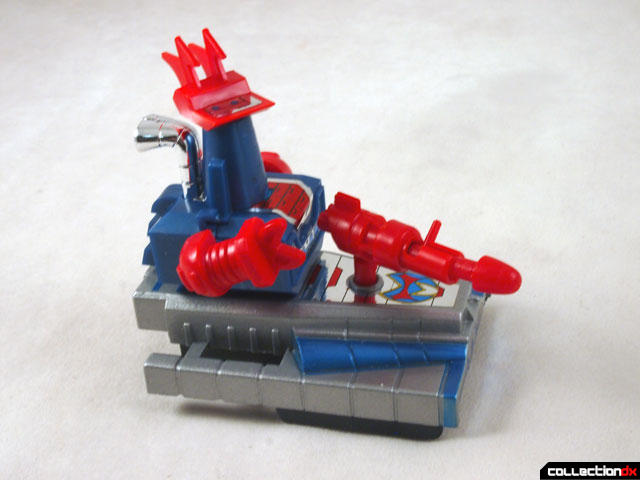 I thought those were arms on the sides, but maybe i'm just projecting a human form onto this. In illustrations they look like elevators. 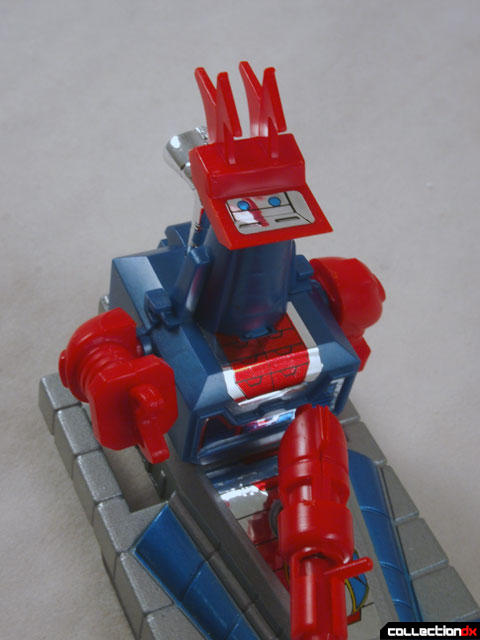 The cannon on the front fires a spring loaded missile. Even these cheapo toys had missile firing gimmicks. 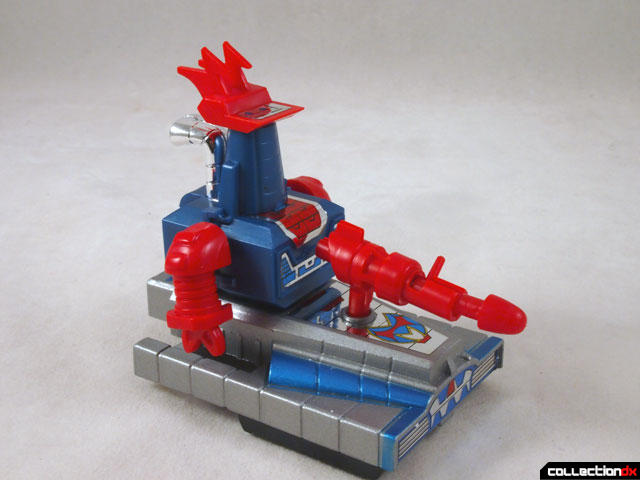 Happy to see you thats what! That's one randy chicken boat