Gyakuten-oh is the first of two super robots that appear in the 1982 anime “Ippatsuman”. Like Sankan-Oh, Gyakuten-oh also has two different forms. Gyakuten-oh can appear as part of the Tokkyo Zaurus in addition to having a robot mode. (Sankan-Oh also appears as part of Tokkyu Mammoth). 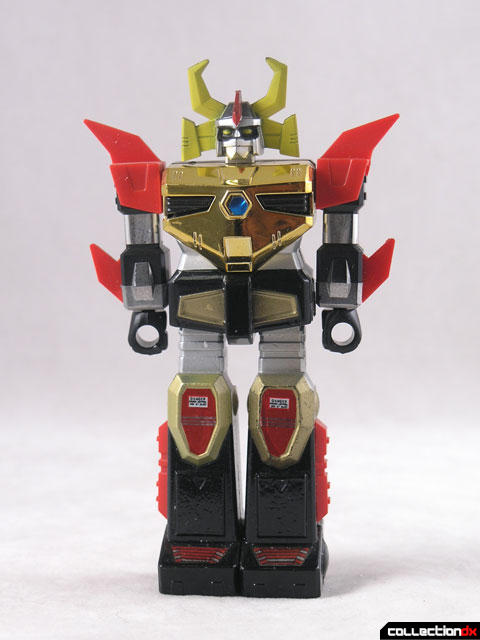 This toy, produced by Takatoku toys, depicts Gyakuten-oh in his robot mode. This toy is the basic, or “Standard” diecast of the character. Both Gyakuten-oh and Sankan-oh were designed by legendary mecha designer Kunio Okawara. 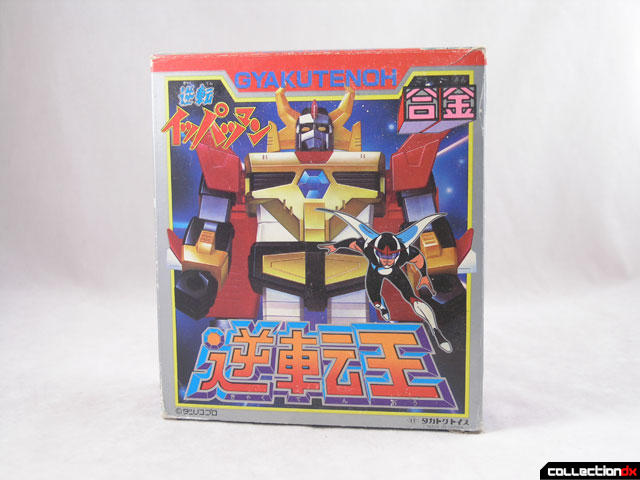 The box is a work of art. Is there anything more beautiful than the cut-away illustration? 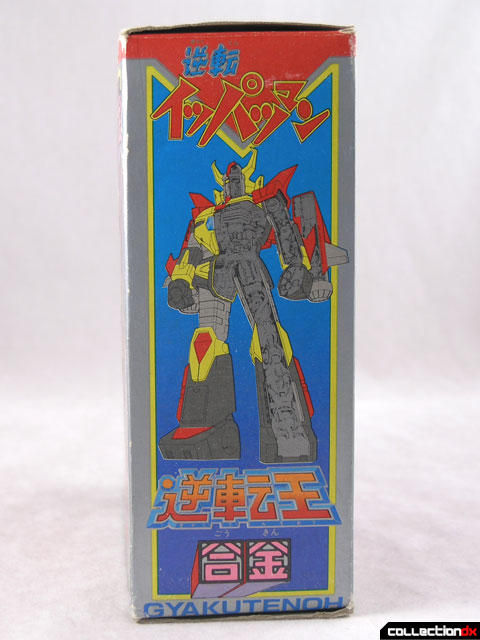 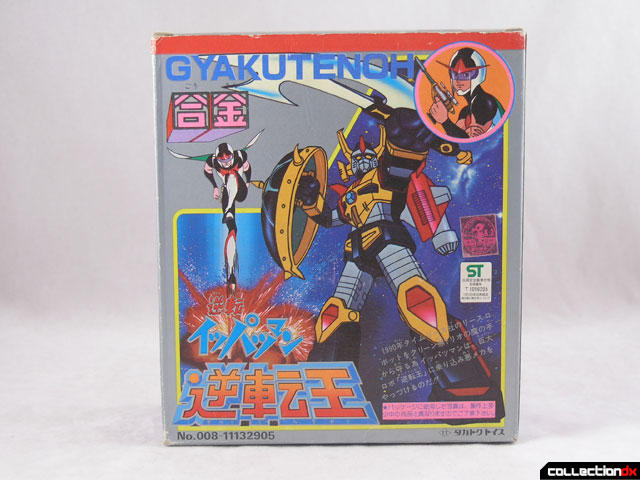 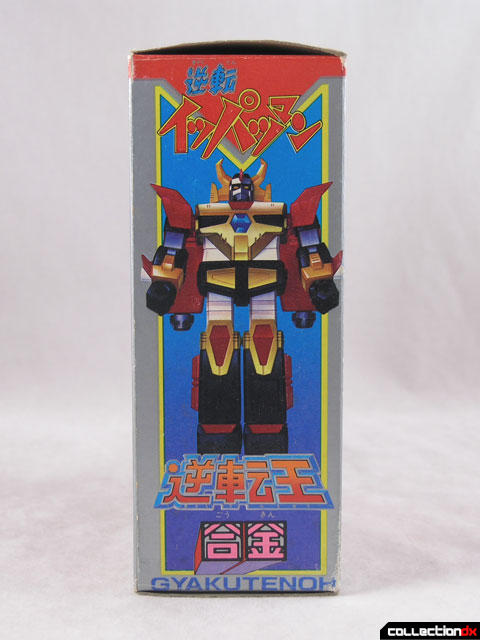 Inside the typical (yet glorious) styrofoam tray. 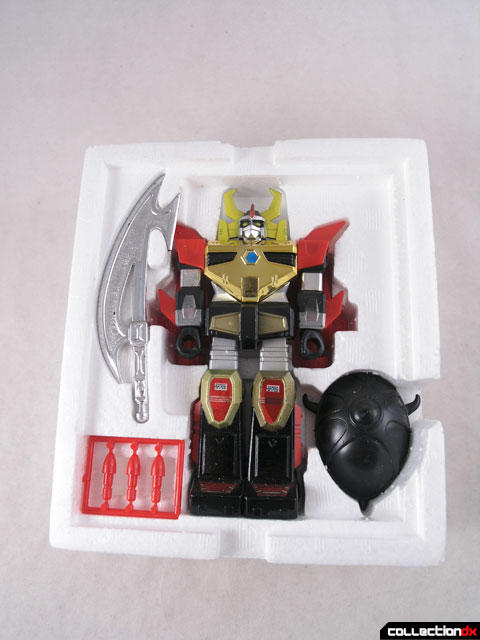 The toy is a brick. Solid metal in the chest and legs. The metal on the legs is rough and textured, lending to the feel of weight and solidity. 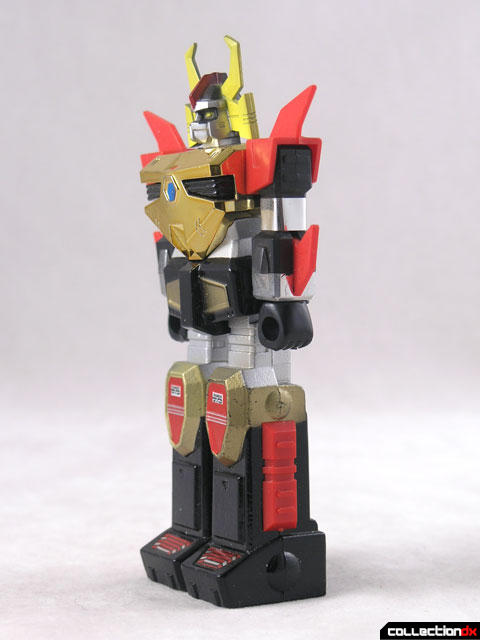 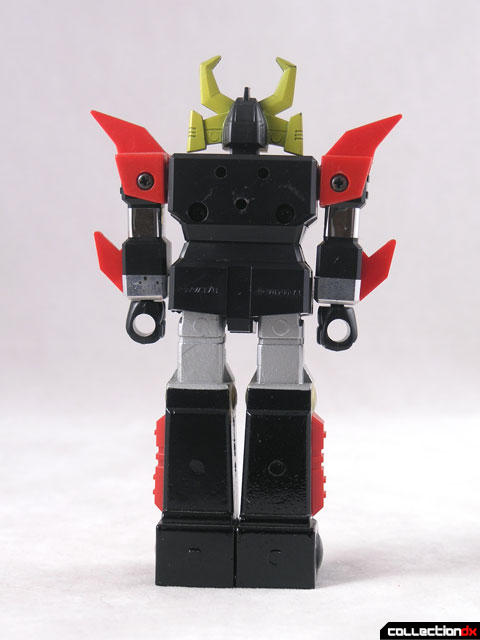 The gold chrome glitters in contrast to the muted metal paint. 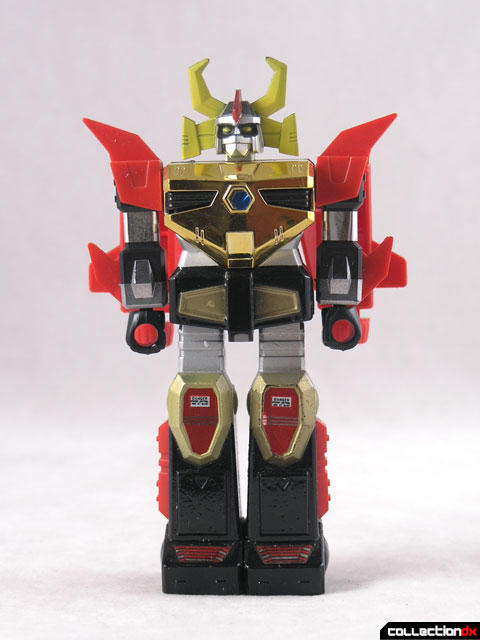 A cheap-feeling plastic back unit attaches via pegs. It is hollow and largely for show. More advanced toys of this character have posable units with gimmicks. This one just looks cool. 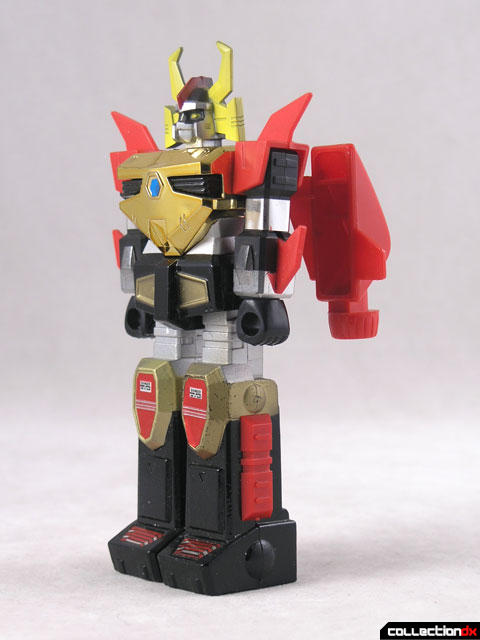 Articulation is limited to the shoulders, hips and knees. Each fist can fire by pressing the red fins on the side of each arm. You can hold the sword and shield in either hand.You can also launch missiles from the hands instead of fists. 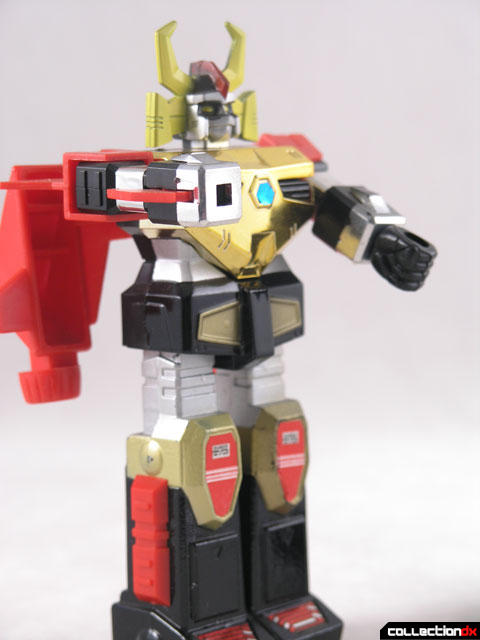 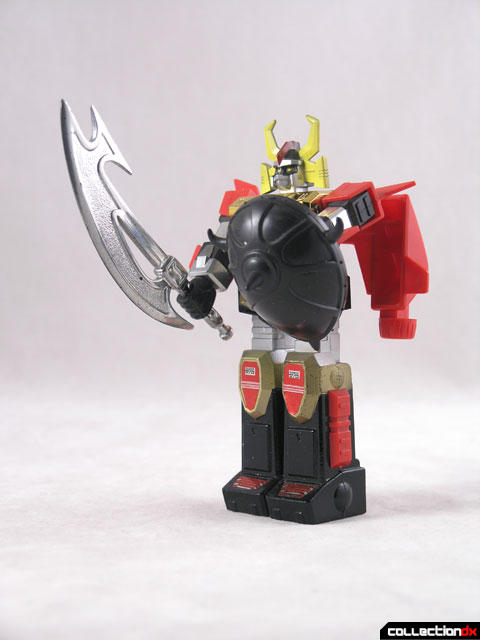 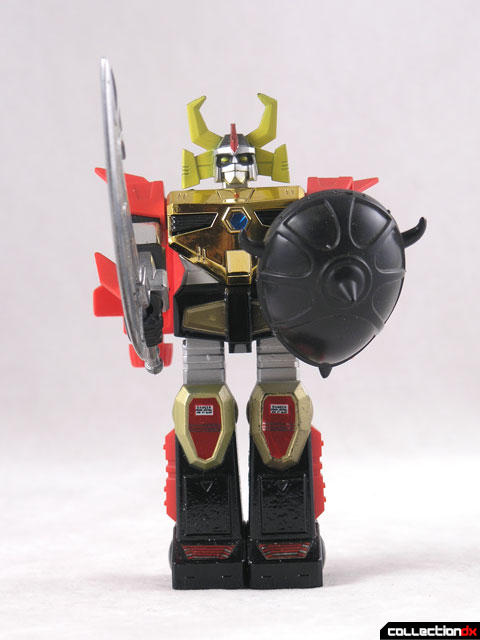 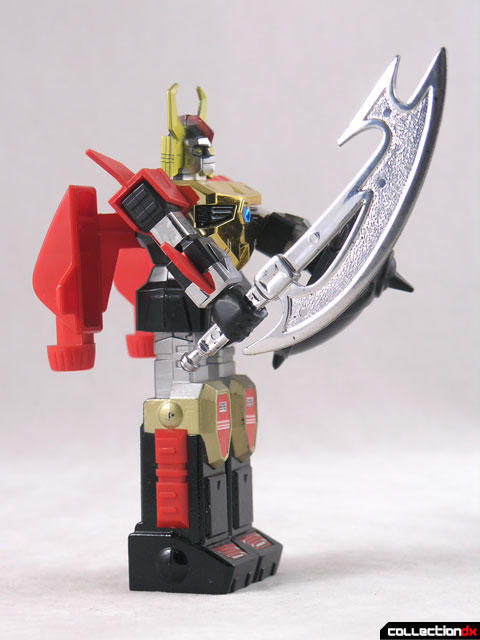 No doubt, it's primitive compared to the modern representation of the character, but it has its charm.

They've finally found the middle ground between axe and sword!

I really want this toy,or at least some version of this robot,since if memory serves,he's one of the super moves in Tatsunoko Vs. Capcom for Wii.
I may or may not have said this on here before,but if you're the type of person who reads CDX and you also own a Wii,you need to buy that game YESTERDAY. It's a Street Fighter type deal where you can play as Gold Lightan of all people,and it's like 20 bucks.

I second your request! That was a fun game, and all those crazy Tatsunoko folks really steal the show. 'Course I had to unlock Tekkaman Blade as soon as I could...