This is a great bootleg of the ST Clover Walker Machine Galliar, from the series Blue Gale Xabungle.

It's basically the same toy as the Clover version, but of lesser quality. The toy comes packed in a nice Styrofoam tray, his arms outstretched in some kind of Christ pose.

It's a big hunk of metal that fully transforms into its two separate vehicles. The gun has one missile that does not shoot.

Although the tray looks as if there is a part missing - there isn't, as far as I can tell, the disc-shaped part that is not in its place is actually attached to the robots back. I could not get the part to separate.

This piece is worth checking out, if only for the poor English on the back, with such phrases as "Please play by proper method to prevent causes of trouble". 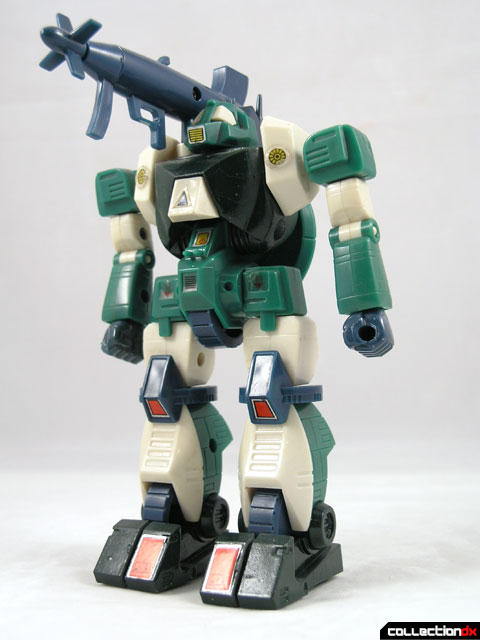 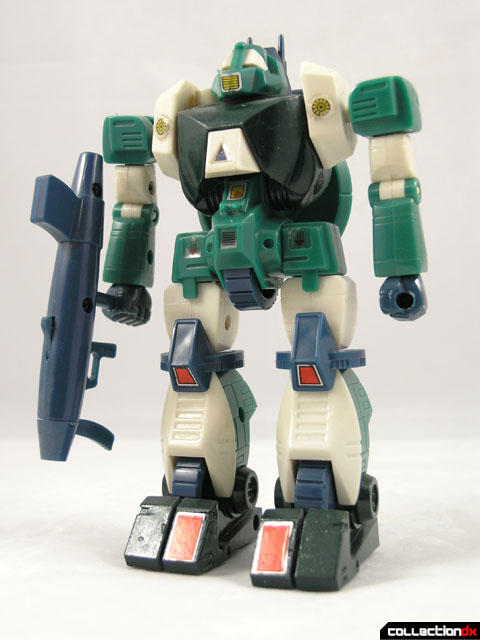 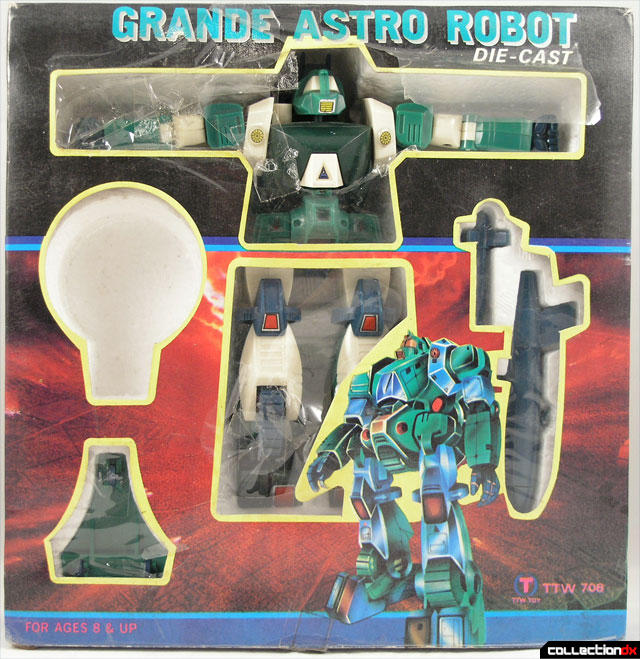 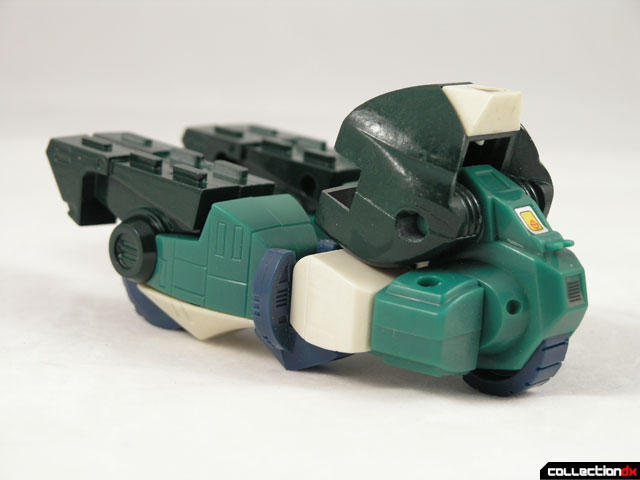 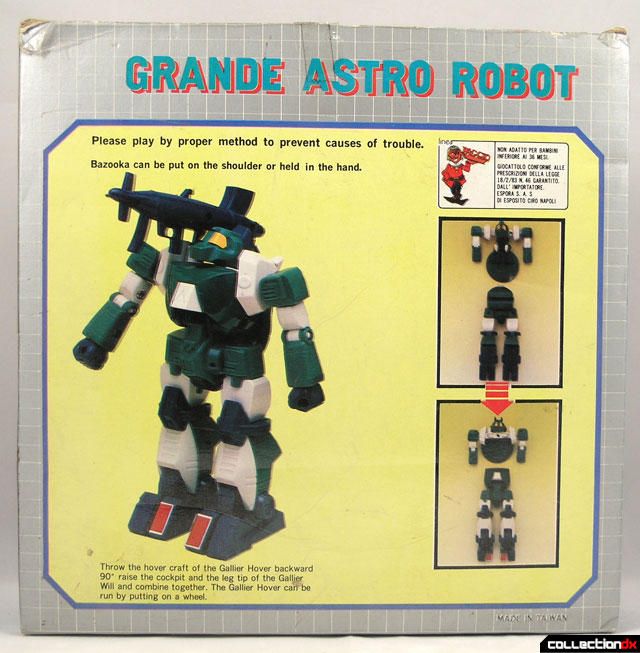 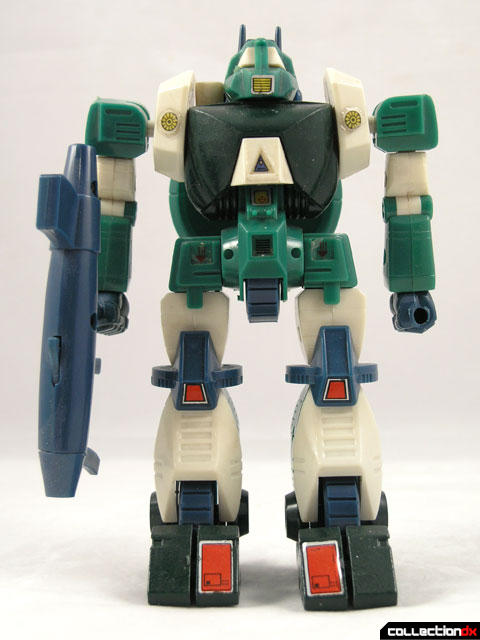 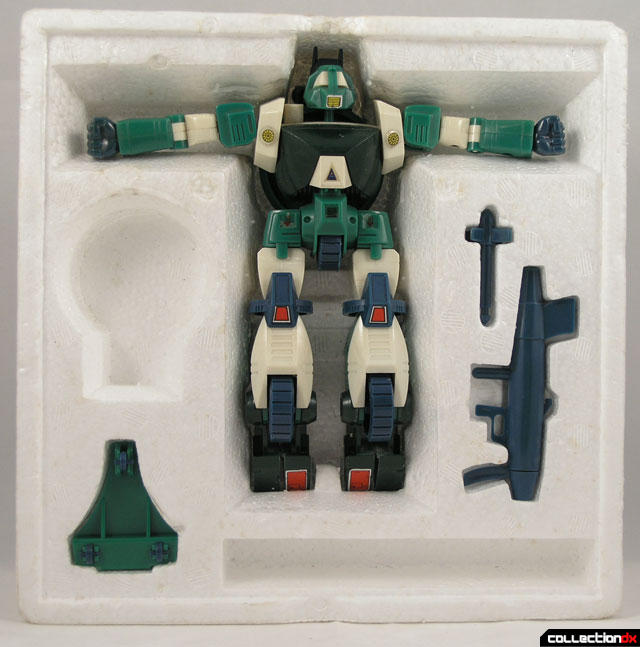 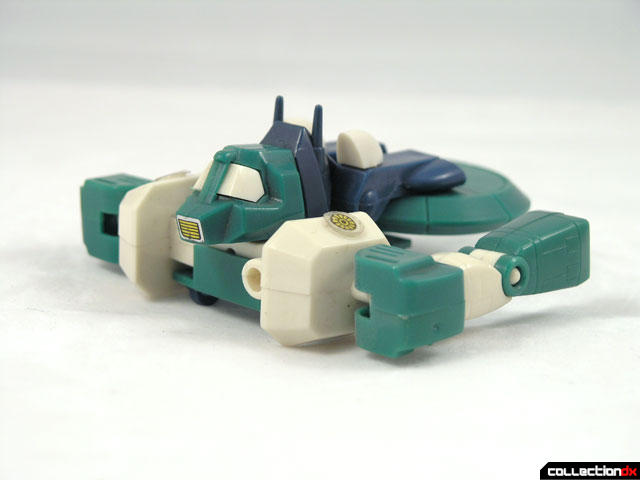 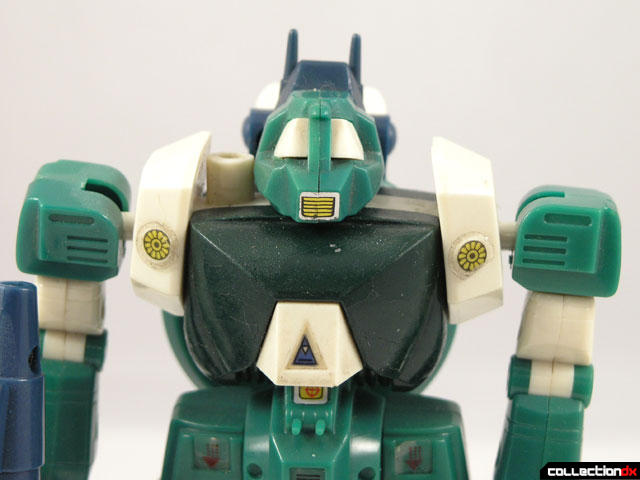