I have always loved, but never quite understood, the phenomenon of the alternate "Real Type" color scheme. I get what Real Type is - it's realistic weathering and detailing as if the item was real, and not a toy. But there was a trend in Japan in the early 80's to take toys that were iconic, bright, colorful robots and apply to them a "Real Type" scheme. For mecha like Dougram, Votoms and Macross, those were already "Real Type" robots, so those made sense. But in the case of Godmars, I have no idea what they were thinking.

The GB-87 Godmars Realtype is about the same size as a ST Chogokin, but without all the gimmicks. The fists don't fire, and there are no missile launchers. What you see is Popy experimenting with a different kind of Chogokin. 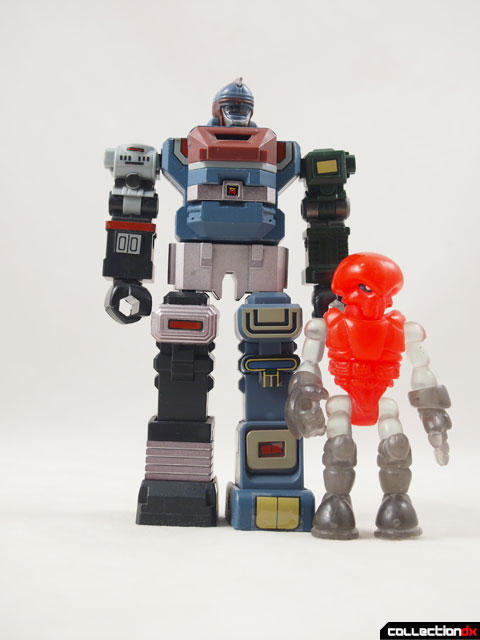 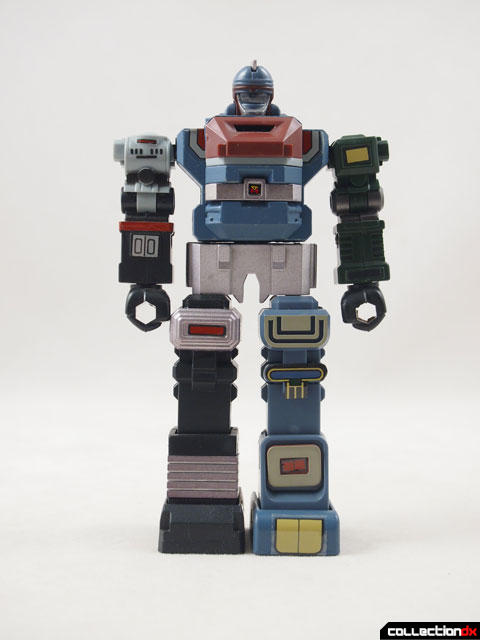 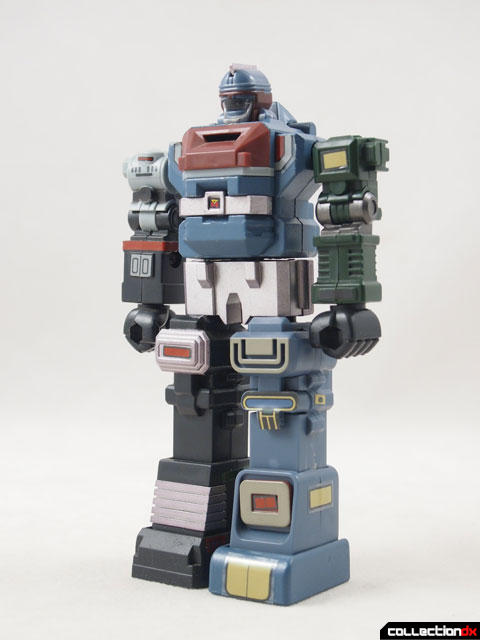 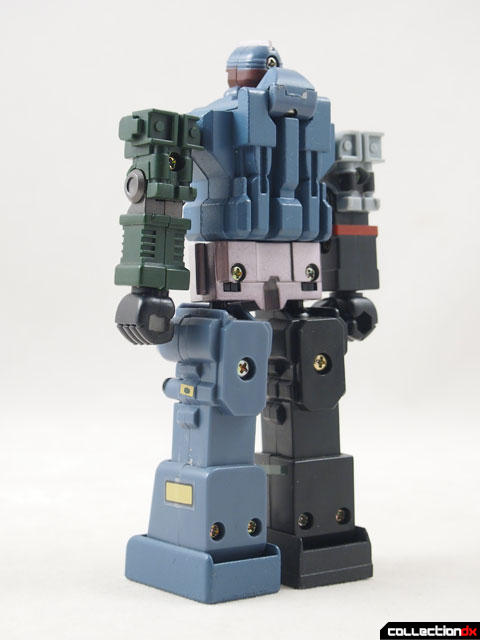 It was a weird time for Popy. For diecast God Mars they made:

I think they were experimenting with different ideas as they were being absorbed by Bandai a year later.

On it's own merits, the toy is just OK. Some questionable design decisions keep it from being stellar, but the funk of it makes it worth owning.

The difference is obvious from the get-go. The packaging is very different from other Chogokin releases. This one has a clear window box with a vacu-formed tray instead of styrofoam. 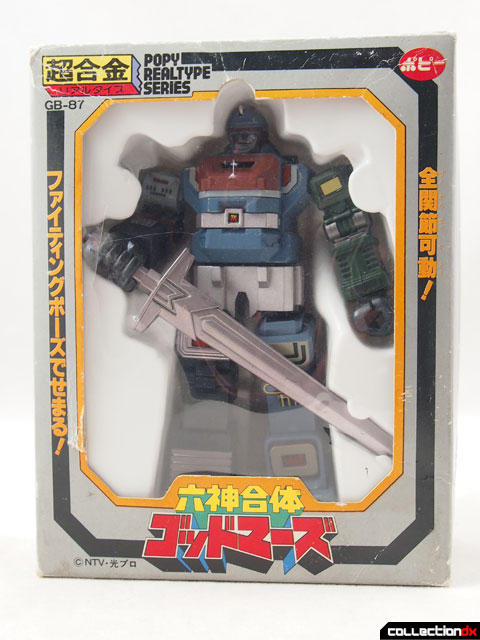 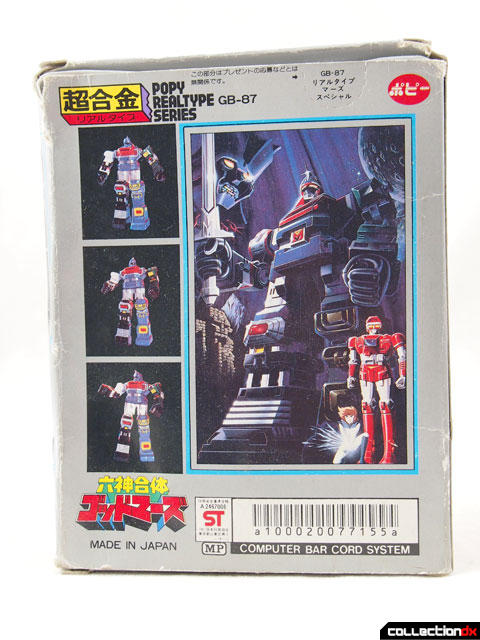 The only accessory is a sword. 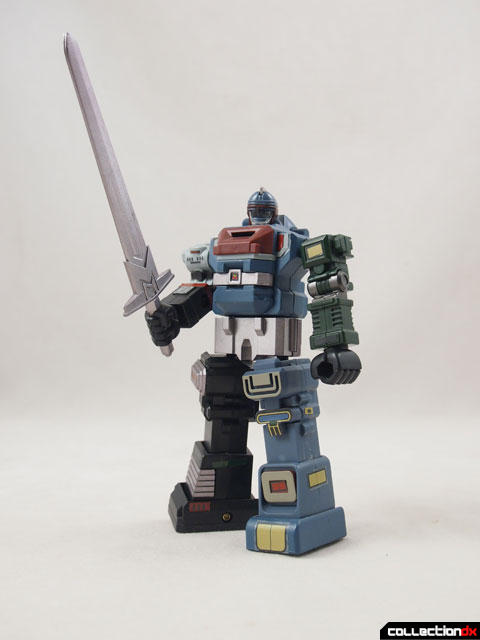 In lieu of firing gimmicks, the gimmick with this is articulation. For a Chogokin, it's got a lot of points of articulation. However, few of them are actually useful. 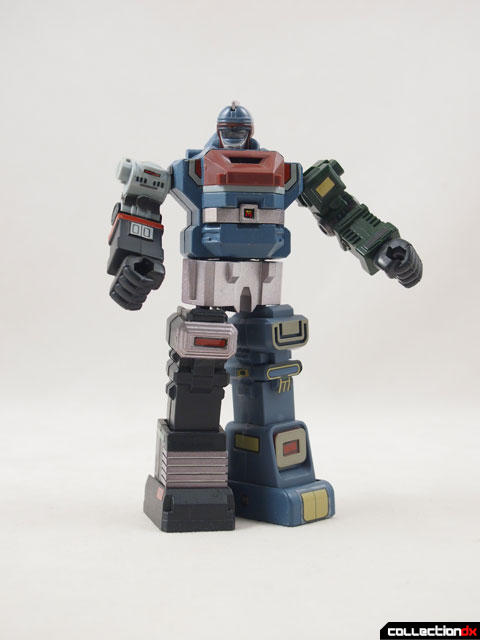 There's an odd swivel joint at the rather-high waist, and each leg connects mid-thigh with a ball joint. Is it a knee joint or a hip joint? I have no idea. 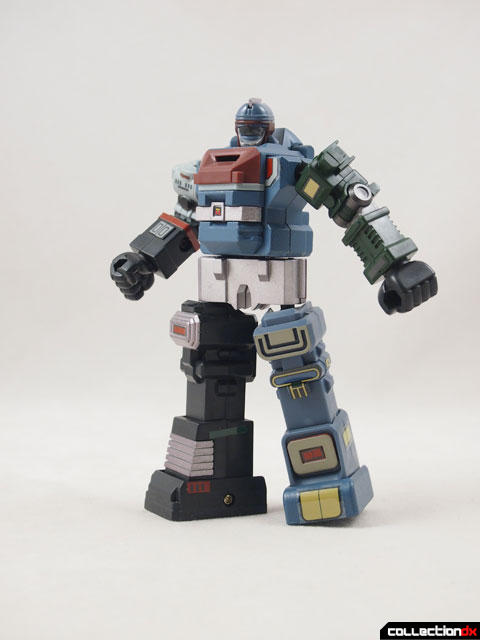 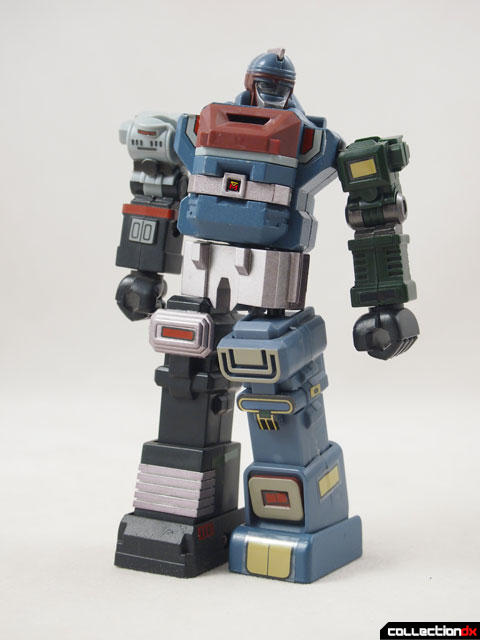 And in another odd move, the lower legs are spring loaded. There's no catch, they just compress like shock absorbers. 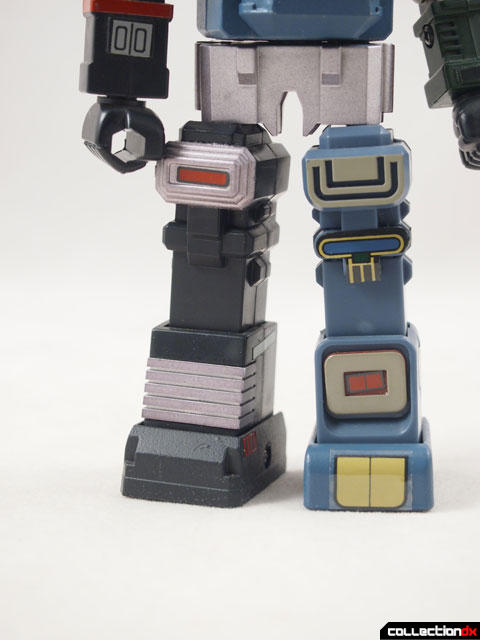 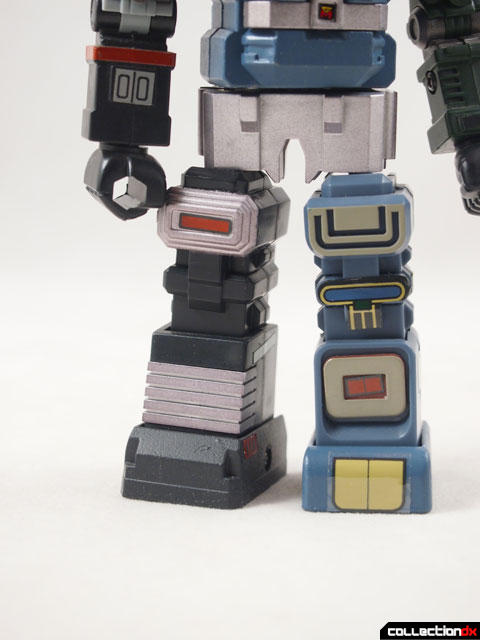 The sword is nice enough, but as I mentioned before, the arm is loose and it has difficulty holding it any position other than down. 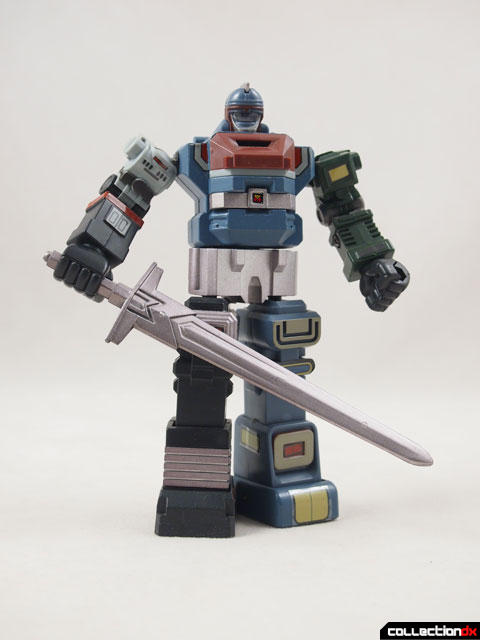 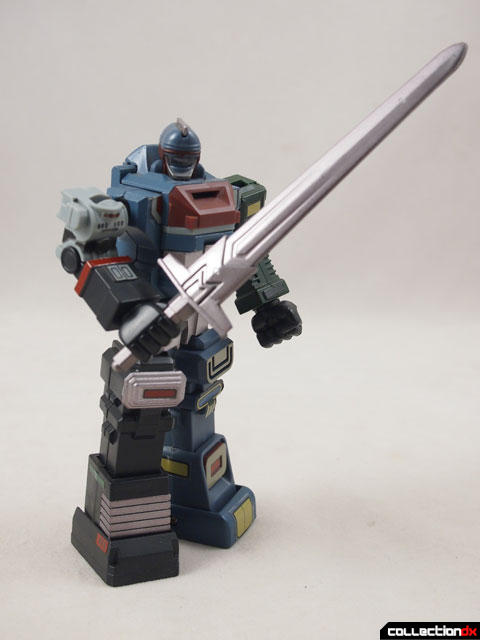 One cool feature is the ability to open the chest of the robot and reveal the miniature Gaia robot. It's a non-articulated piece of rubber that is becoming brittle over time. 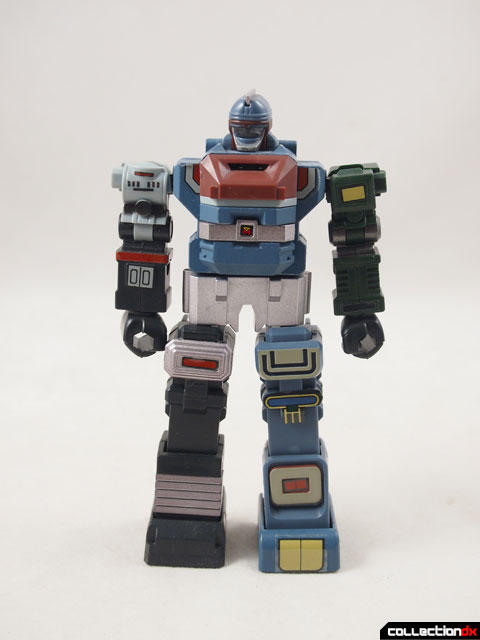 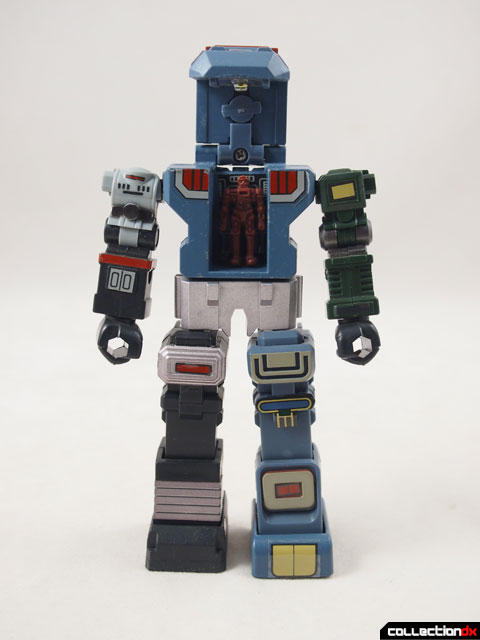 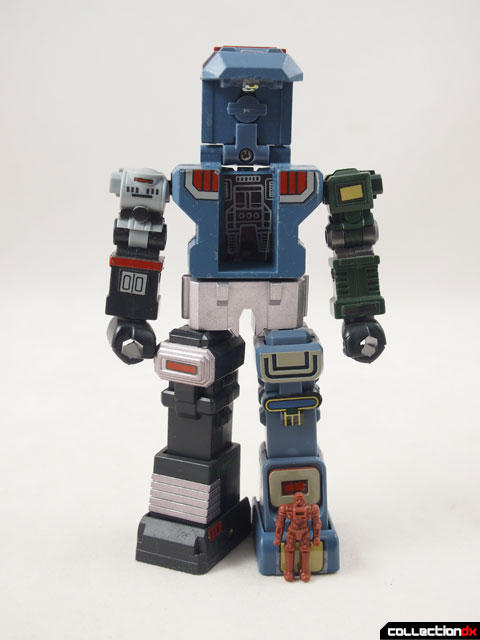 One other interesting note: According to the book "Green Arrow Grafitti #13", there is another version of this toy, but in proper colors, not the muted Real Type color scheme. However that too is in the same box labeled "Popy Real Type", as if it wasn't confusing enough already.

It's an interesting oddity in the history of Chogokin, but nothing essential.

2 comments posted
I'm not a fan of this color

I'm not a fan of this color scheme either, the anime/toy color real type just looks more right. i never saw GM as fitting in with the other real type mecha you mentioned. Is this the one that you got at the 2010 summit? Since I only looked at it while it was in the box, what or where exactly is the diecast on this bot? It's still a nice toy, but now that I have two MIB GB-68 sets, I think it's about time I start searching for a good ST GM set. Never really got into the custom set either, even though it is kind of unique.

That's awesome! It's interesting that the Godmars toys had a different type of sword than the one the anime had (they did however make it anime accurate for the SOC).

He'd make a good SRC figure and have God Gaia inside just like this one (but hopefully not brittle rubber).