The early 1980s was a good time to be a fan of fantasy. Dungeons and Dragons was just picking up steam and heading into it's heyday. Conan The Barbarian was a hit at the theaters and spawned many imitators. Like-wise , He-Man was huge on TV and on the toy shelves. One property that attempted to ride the wave was The Other World, a line of cheap, bendable rubber fantasy toys made by Arco in 1982. I feel like any objective view of these toys must necessarily regard them as ugly, throw away playthings and yet they hold a special place in the hearts of many collectors today, myself included. I don't make it a priority to collect the whole line but if I can acquire some at a fair price, I'm always happy to do so. And the Castle Zendo playset was one toy that became something of a grail for me a few years ago. (I finally got one, but it's so mint, with parts still sealed in bags, that I haven't assembled it and therefore can't review it!)

Many of the toys from The Other World were sold and repackaged in different manners. Some were carded, some boxed and some mixed and matched with others in sets. The Fighting Glowgons represents one of the boxed sets and includes the following toys: 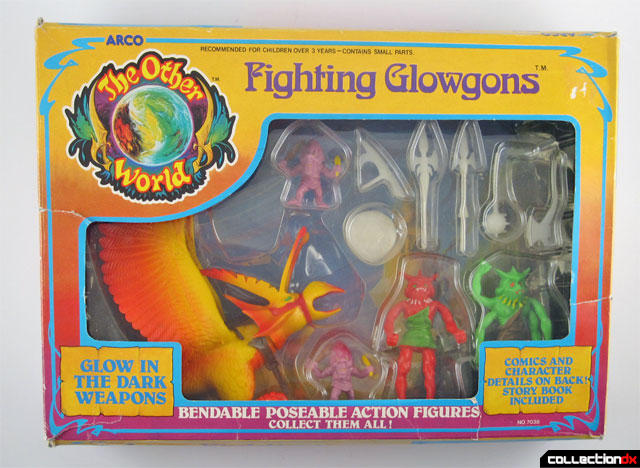 The box is roughly 14" x 10" x 3" with an open space on the front to display the parts, which rest in a plastic tray. Behind the tray a painted cardboard backdrop in included. 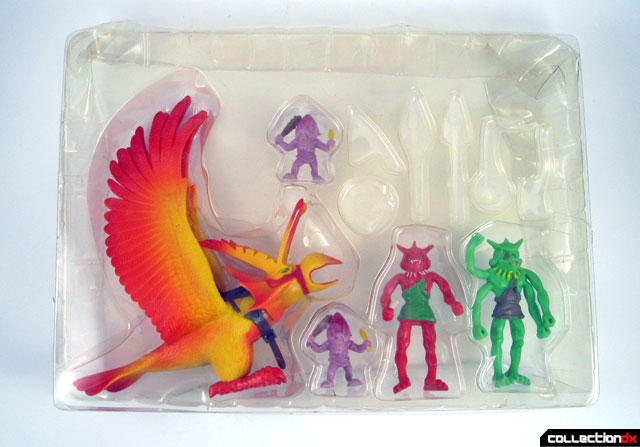 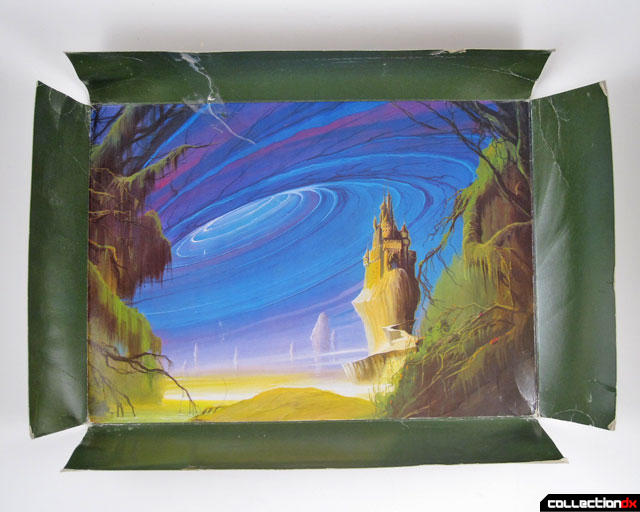 The back of the box features original comic art that tells part of the story of The Other World, along with images of many of the characters and creatures. A "story book" is advertised on the front of the box, but if that is something other than the panels on the back, my specimen didn't include it. 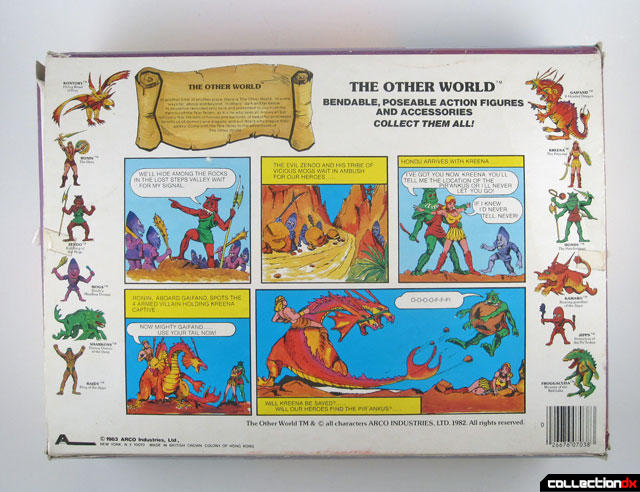 The main piece of the set is Kontory, a large bird creature with a striking red and orange color scheme. 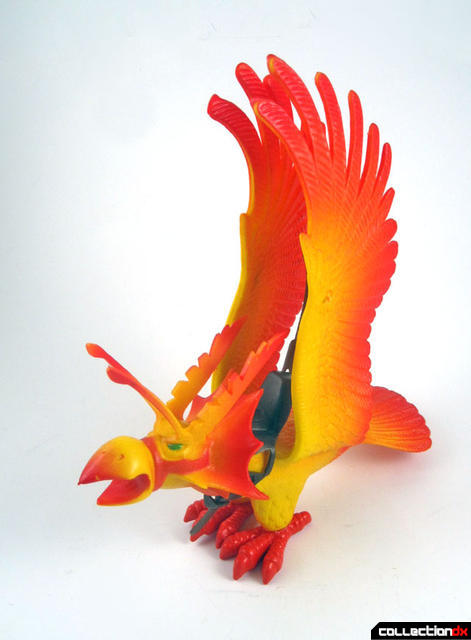 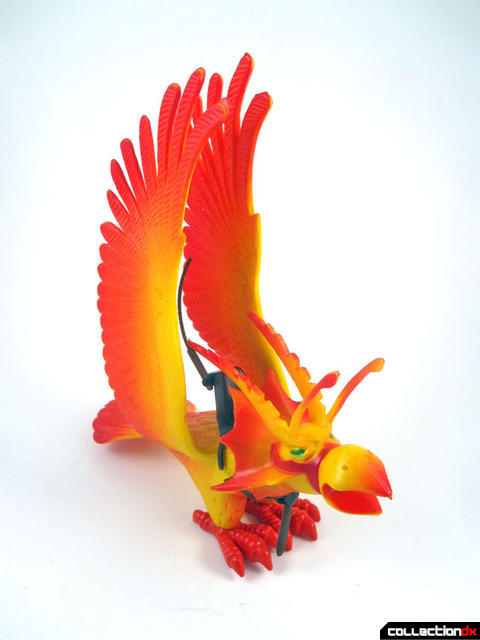 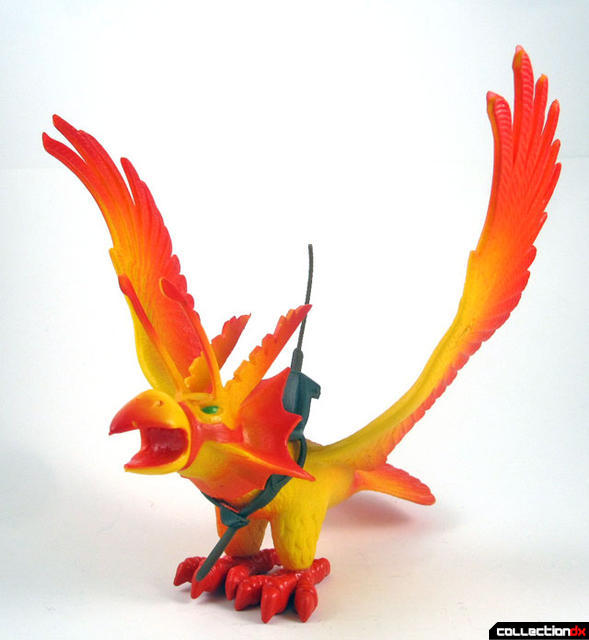 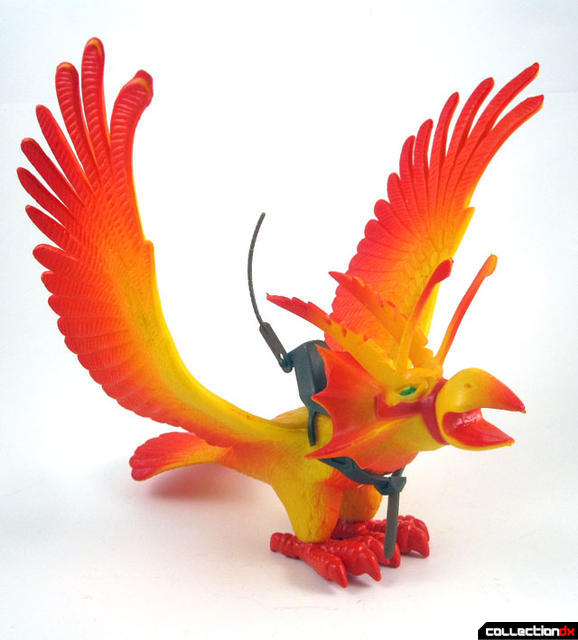 The back of the box describes it as a "Flying Beast Of Prey", yet the saddle on it's back suggests a more domesticated nature. 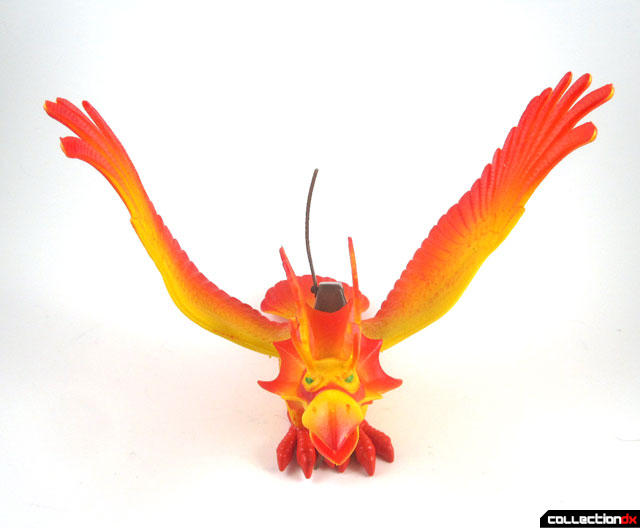 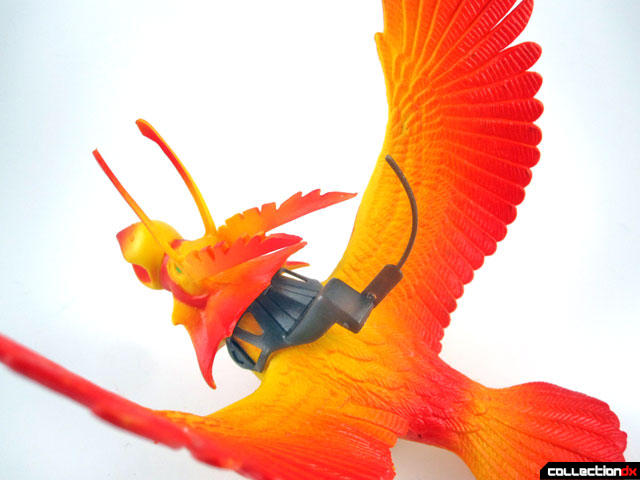 Next is Zendo, who seems to be the main villain of the story and whose name graces the castle mentioned earlier. The figure is about 4" tall with holes in the hands to hold weapons. Although depicted with a sort of long handled ax in the art on the rear of the box, no such weapon is included and I think it doesn't really matter which weapon goes with which figure in the line anyway. Use your imagination. 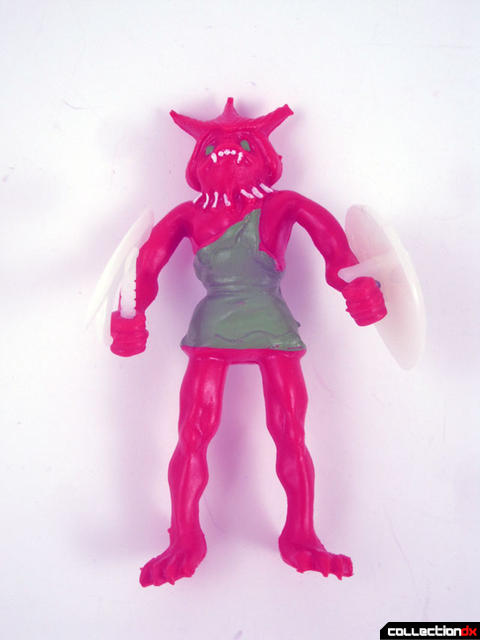 Hondu "The Hatchetman" is shown on the back of the box with everything but a hatchet and this time one is included among the weapons. So I suppose in this case he ought to carry it. Although not the exact same sculpt, Hondu is basically the same design as Zendo, only colored differently and with two extra arms. He may only be Zendo's henchman, but I think many people remember him more clearly because of the extra appendages. 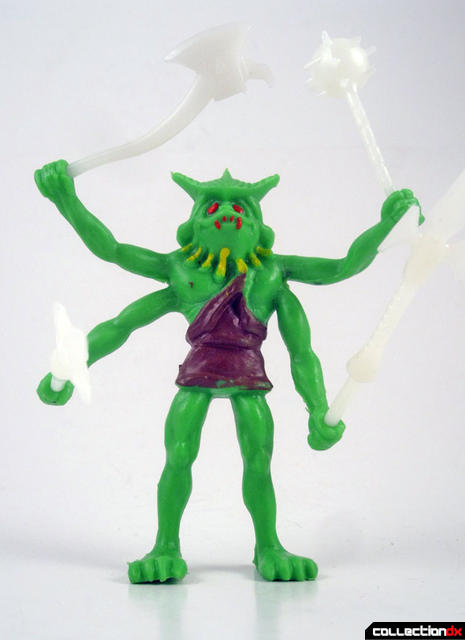 Lastly, 2 "Moggs" are included as well. These are "Zendo's mindless drones". These goofy looking guys were often included in the various sets and as such are good for army building. 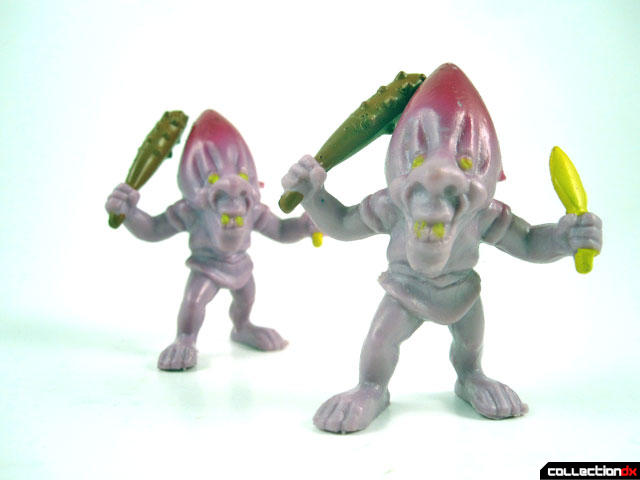 In closing, I can't really say what the appeal of these toys are but fans can be passionate about them. I think my own fascination rests almost entirely on nostalgia since for some reason these toys really bring me back to my childhood and I can vividly remember receiving them for Christmas. One year Santa even accidentally dropped a carded set or two in my parents room and forgot to wrap them and put them under the tree!

For some reason I loved these. Most friends had the Kontory, or "phoenix" as we called it.
I had a humanoid reptile called Froggacuda, which I really digged.
I think part of the charm, at least in Italy, was the commercial on the weekly Mickey Mouse, which IIRC was a nice diorama. I woudl have bought anything with a diorama as commercial (I´m looking at you, Smurfs)

On that note "Blackstar" was another one... but I didn´t like those much. I was more fond of the smaller scale figures.

I had all of these, they were so shitty, but I loved them.

I don't even remember this toyline!

My brother had this and I believe we still have the bird at least, around somewhere. The rubber figures were lame but GI-Joe figures looked great riding that bird!