Tracking down the origin of a toy is somewhat like archeology. Instead of digging in the dirt however, you are digging through posts on old Japanese message boards and ebay auctions.

This old diecast shares a similar mold with the Popy / Victora MechaClear and MechaGold toys. Trying to figure out which came out first, and in what order, is nearly impossible. I will however give it my best attempt.

The MechaClear version has the tightest details, and the sharpest engineering. It's my guess that that one came first, then from that they made the MechaGold version.

From there, they probably simplified the molds and made this version. To add value, they added in the propellors on the arms. After that, some Taiwanese bootleggers made a copy of the MechaGold, but added in the newly created propellors.

The box is brightly colored with die-cut windows. 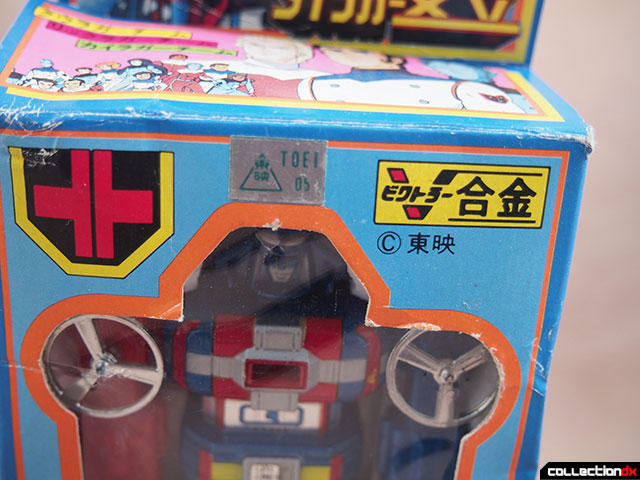 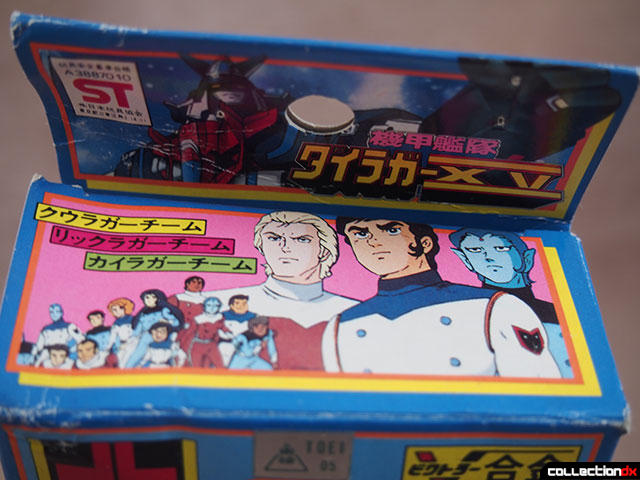 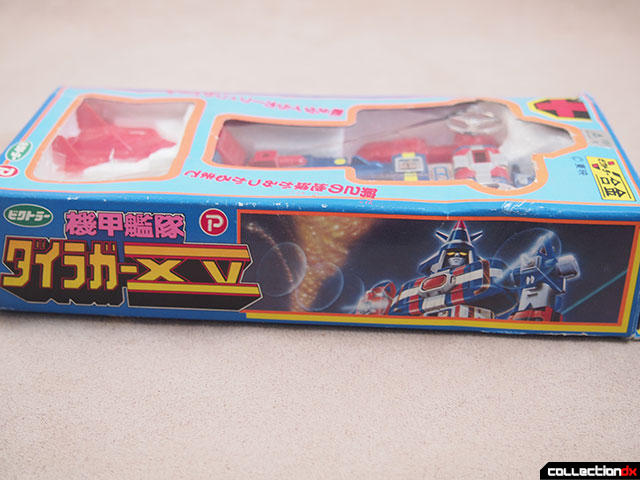 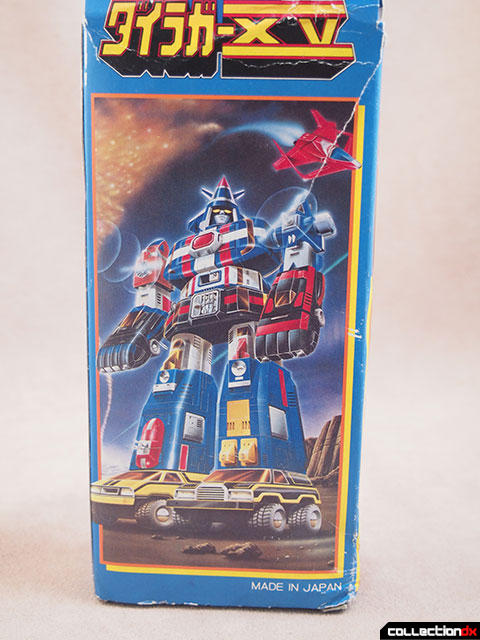 Inside you get a quality styrofoam tray, and a small keshi vehicle of one of the shoulder helicopters. Yes there are several different Keshi sets for Dairugger, and yes, I have them. 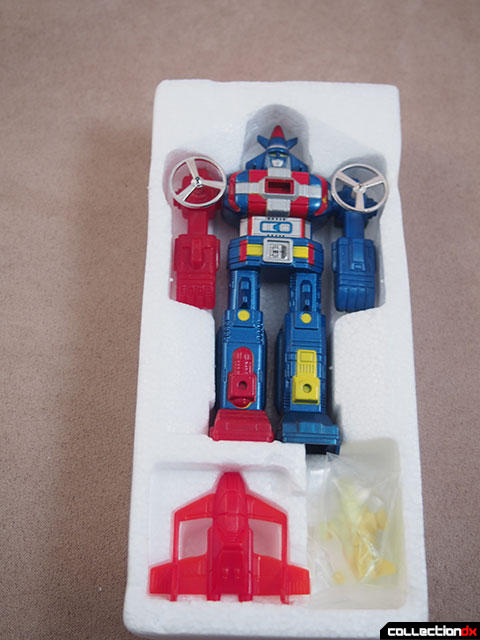 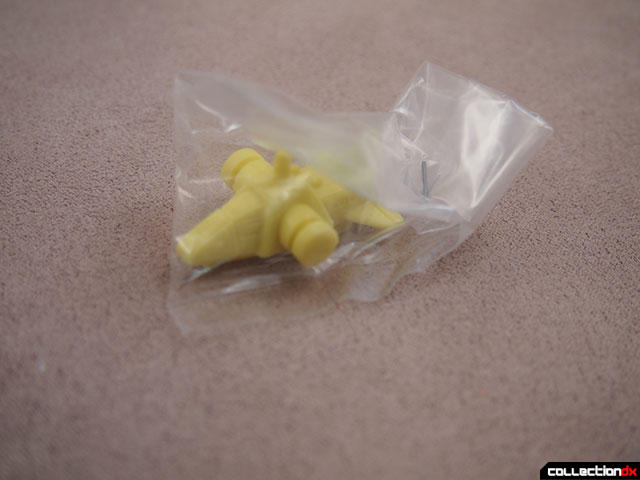 The head down to the legs is diecast metal. The arms and feet are plastic. It's actually quite hefty, and sports a subtle metallic blue paint. 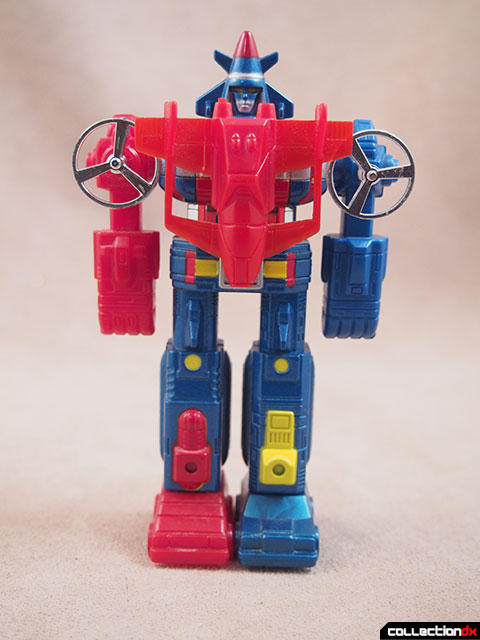 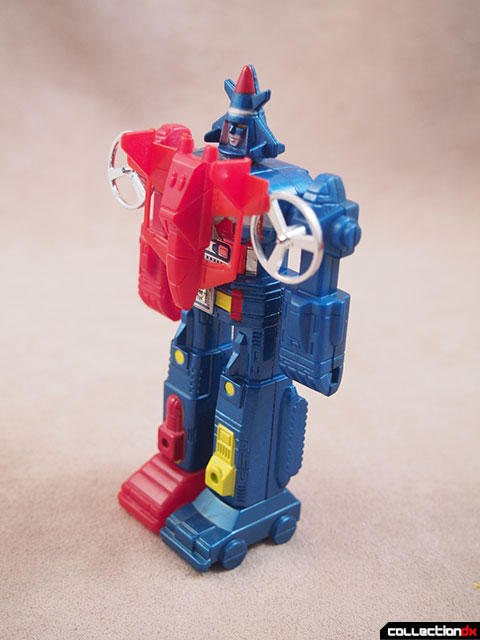 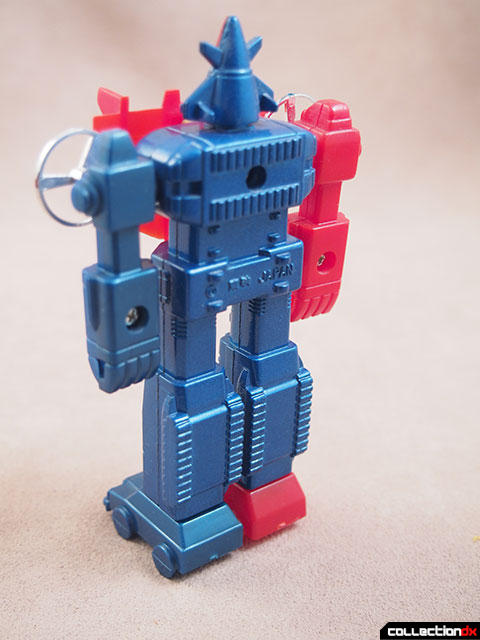 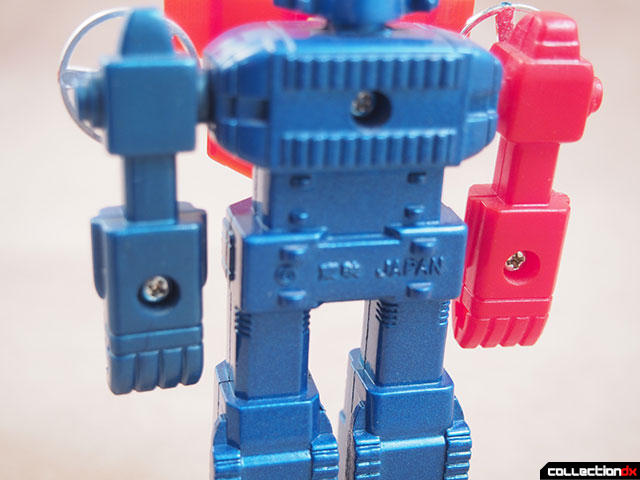 The feet click in in exactly the same fashion as the MechaGold, minus the wheels. 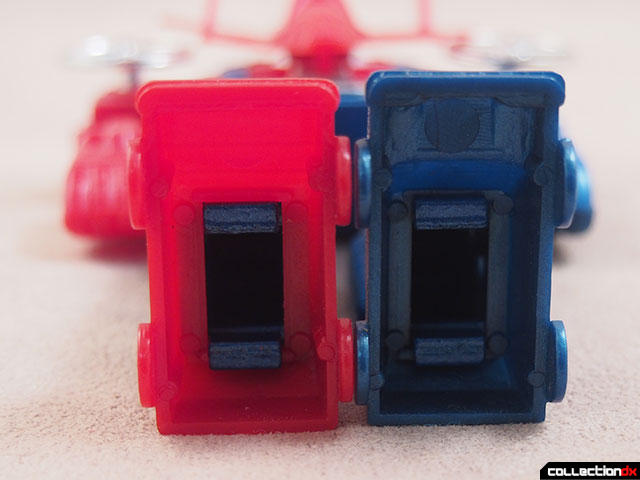 There's a variation out there that swaps some of the mold colors but is still an official Victora product: 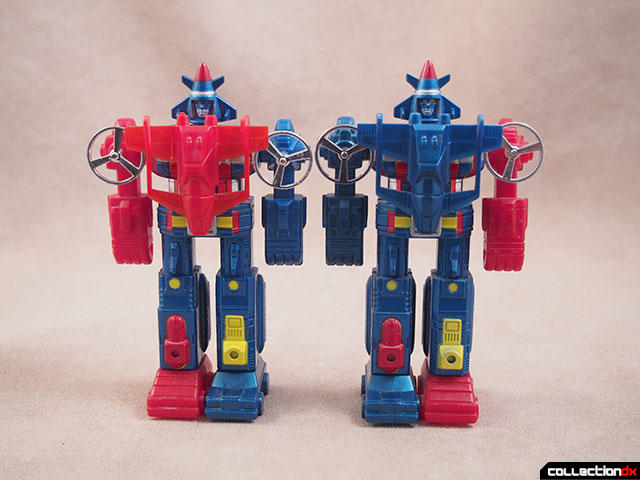 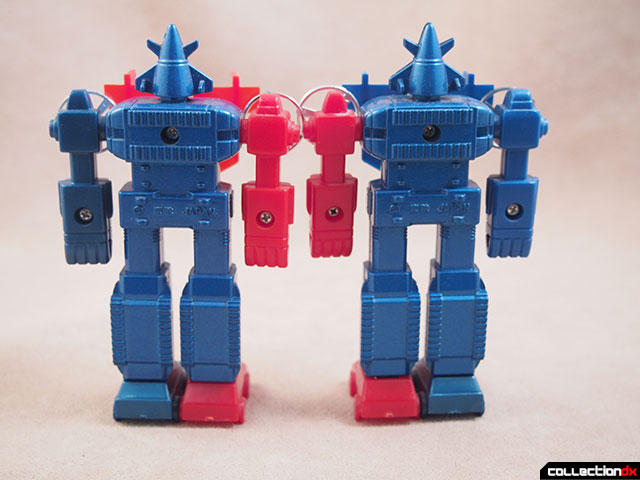 And yes, this version was bootlegged too...