The Combat Armor Bigfoot HT-128 comes from the anime series Fang of the Sun Dougram (太陽の牙ダグラム Taiyō no Kiba Daguramu). 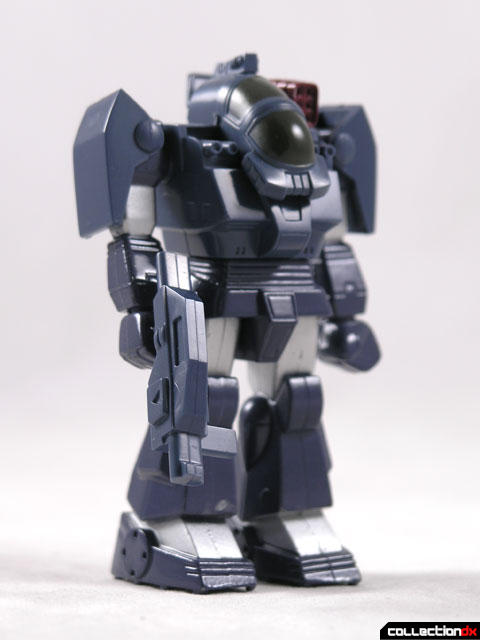 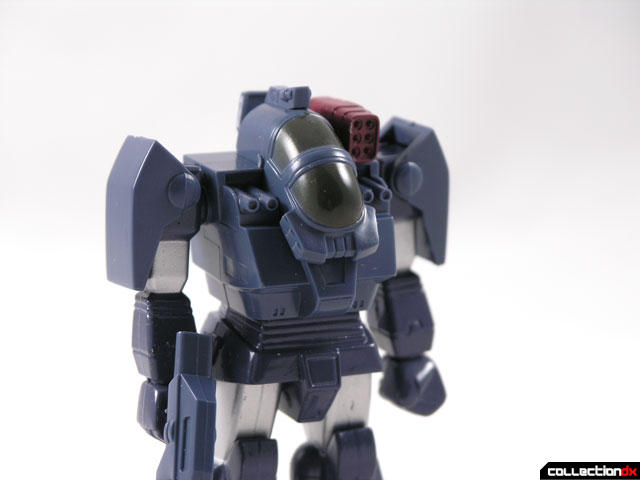 Bigfoot is larger than most of the other Mecha in the series at 3.5" tall. It is made almost entirely of metal, the exceptions being the chest, head and shoulder pads. 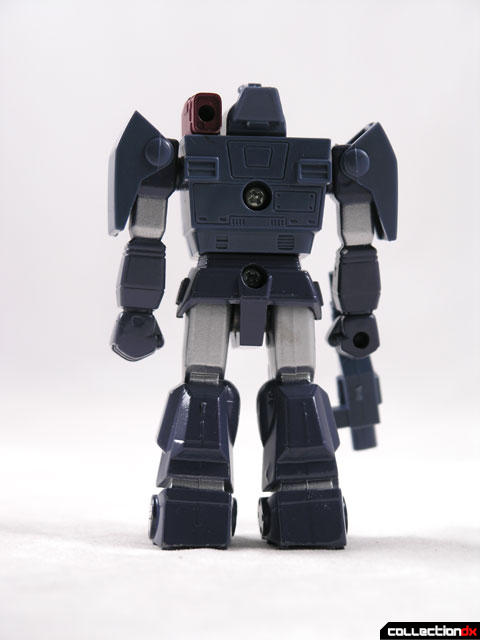 Bigfoot comes packed with a gun, sticker sheet, 2 small figures and a catalog. The toy has limited articulation - only the legs, arms and waist move. 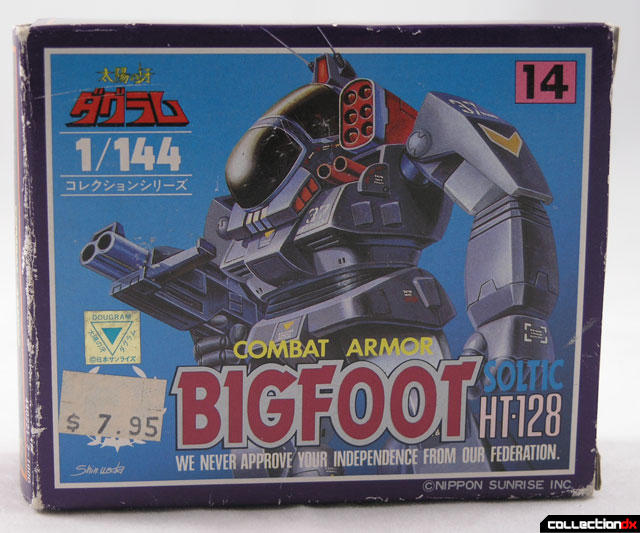 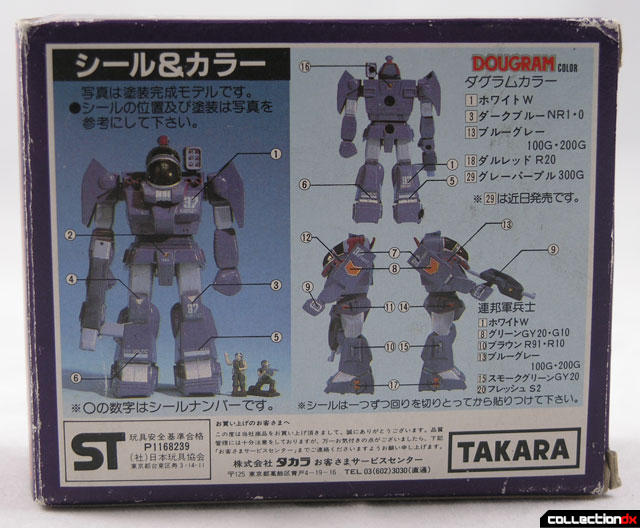