Sometimes certain vintage toys, despite being very cool, are surprisingly cheap on the secondary market. Such is the case of the ST Baxingar.

The DX Baxingar is that robot that transforms into 5 ugly motorcycles. The robot mode is neat, but the separated vehicles are a mess. However you don't have to worry about that with the ST version, which does not have to keep in mind the transformation mechanism. All the ST is concerned about is fun and good looks.

The box is your standard awesome Takatoku Z-Gokin box. Brightly colored with silver borders, nowhere on the box does it depict what the actual toy looks like. That $35.00 price tag is no joke - that's about what these go for today. 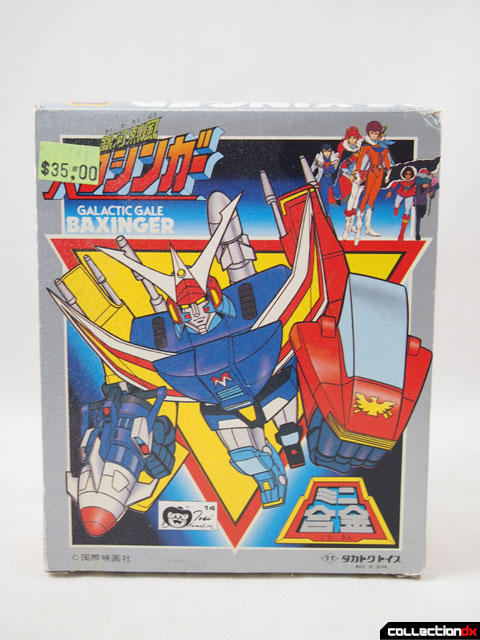 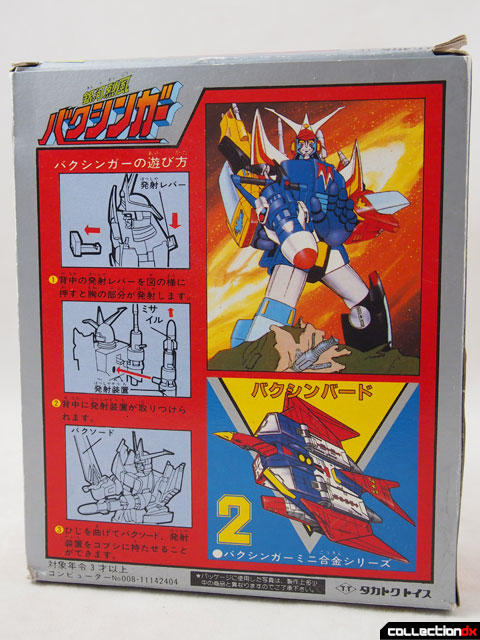 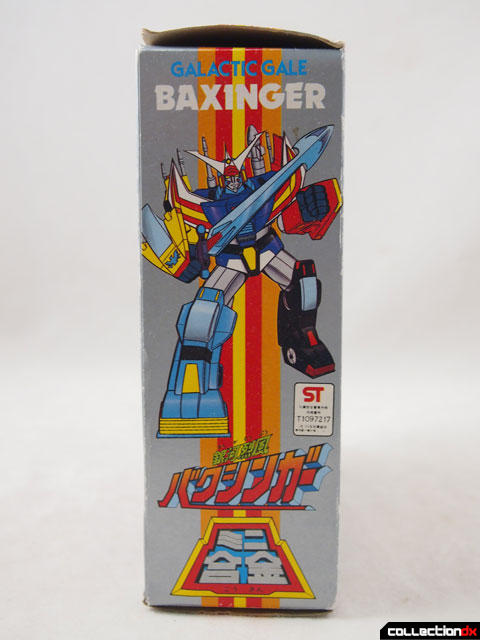 Inside you get a thick Styrofoam tray, a figure, and a surprising amount of weapons. 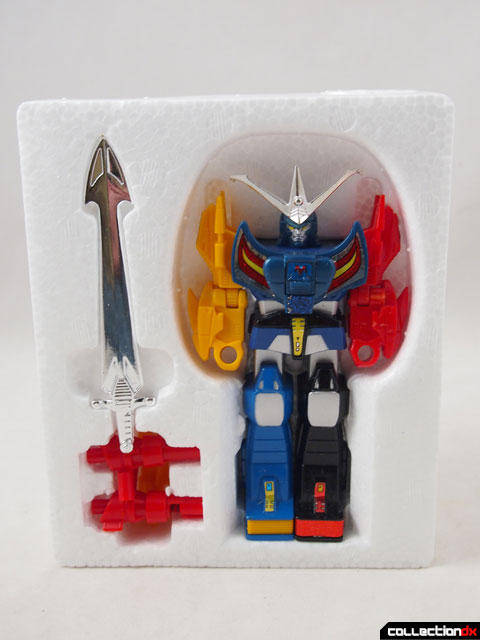 Straight up the figure is a big hunk of diecast. The legs barely move at the hip, making the entire front a small brick of metal. 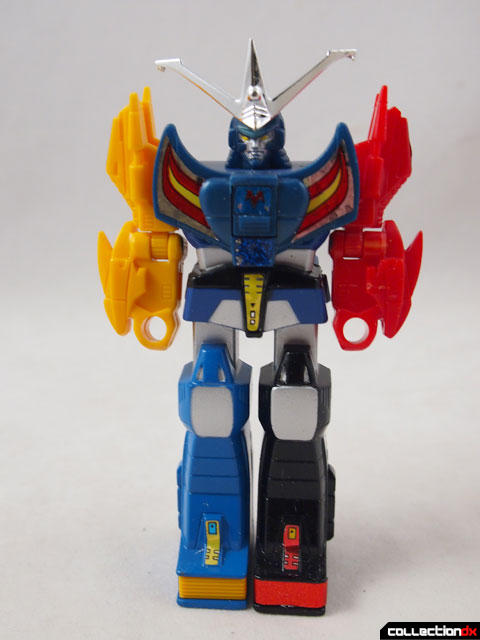 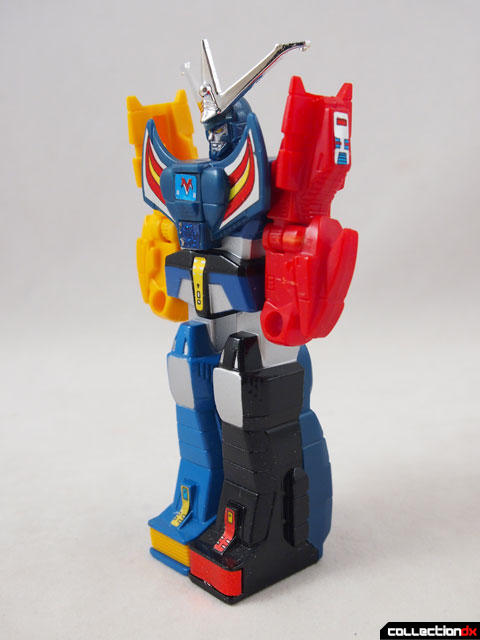 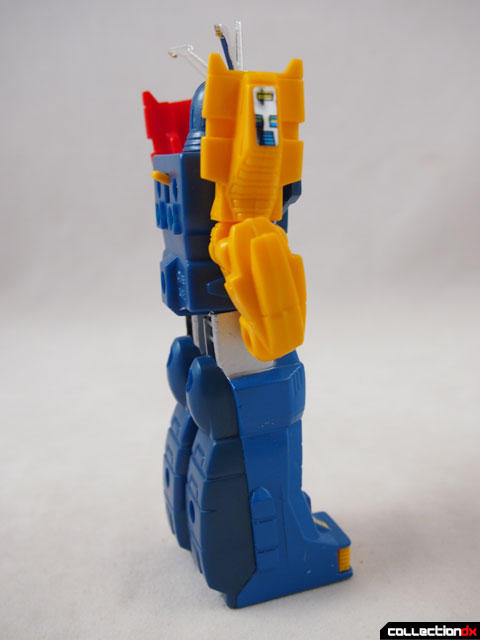 The arms have limited movement at the shoulders and elbows. 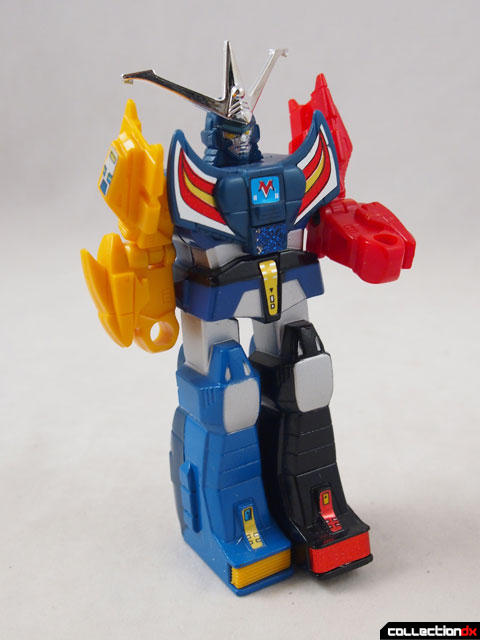 The center plate in the chest is spring-loaded and can be launched by pressing a button on the back. 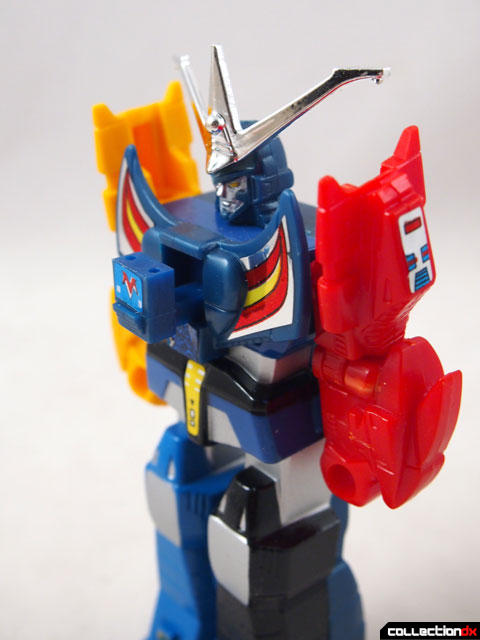 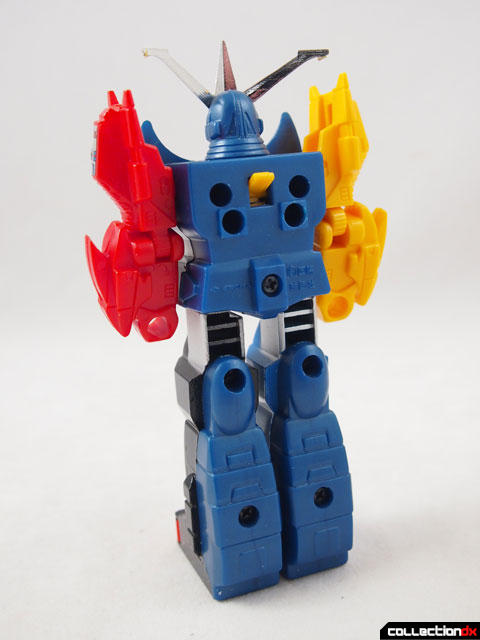 The large, double bladed sword can be held in either hand. 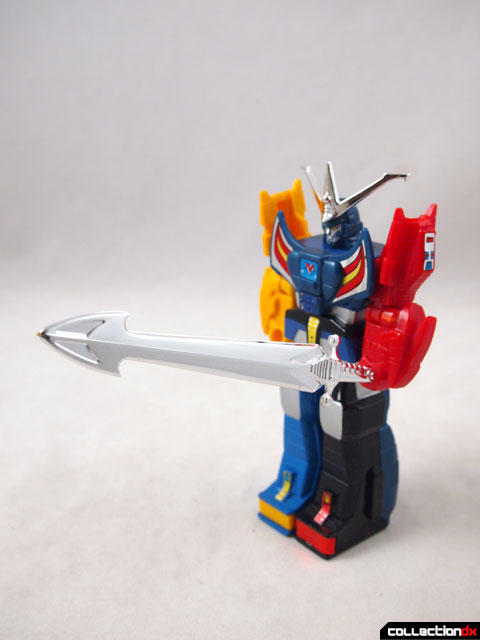 Two missile launchers can attach to the back or be held in the hands as cannons. 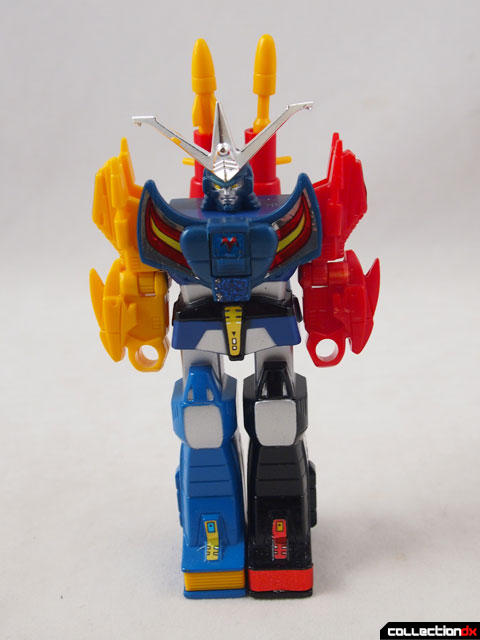 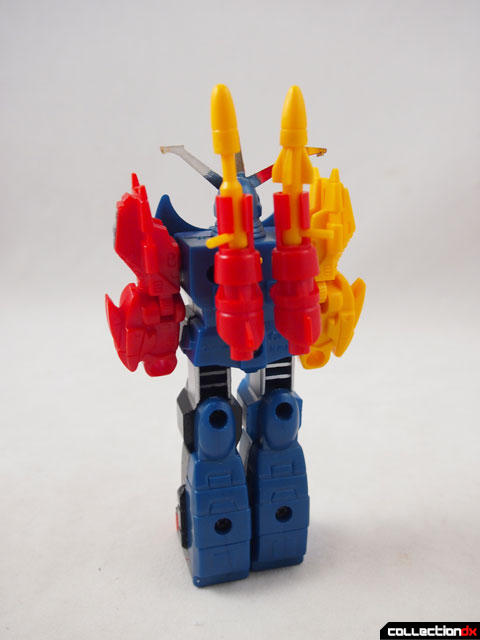 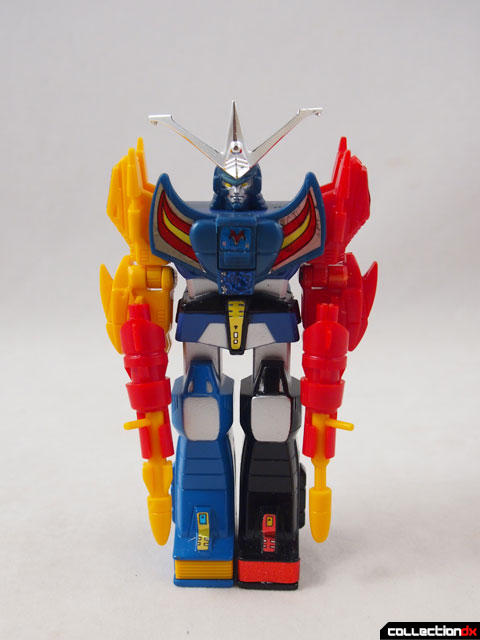 It's not a very big figure at about 4 inches tall, but it packs a lot into its inexpensive frame. It's a great piece for beginning gokin collectors who want to see what the fuss is about without breaking the bank. 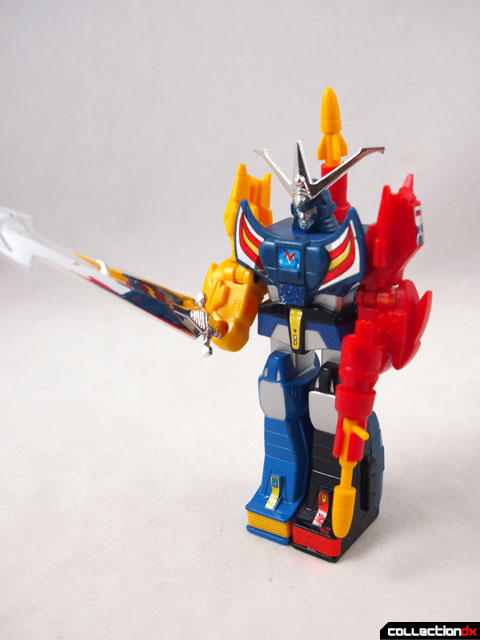 The combination sequence is bonkers.