I don’t know about you, but when I was a kid, Gobots had a bad rap. To a third grader on the schoolyard, Gobots meant your parents were too poor to buy you Transformers. It was like the scarlet letter of the playground.

It didn’t help that the Gobots cartoon seemed aimed at pre-schoolers, while the Transformers cartoon was a sci-fi epic adventure.

No matter how you cut it, Gobots were not cool.

Wait a second – Popy? Wasn’t that the name stamped on the inside of the legs of my Gobots?

Then it hits you. POPY MADE THE GOBOTS. Then called Machine Robo, they were designed by the Popy Design studio PLEX, who went on to design most of the Super Sentai Robots.

To say that Gobots have a serious history and influence would be an understatement.

Matt Alt summed it up well in his article about Machine Robo here.

So now, as an adult collector, you take a second look at these little toys, and what do you know, they are actually pretty cool.

We’re going to take a look at some Gobots / Machine Robo toys, and hopefully maybe you will find something cool about them too. We’ll be using both the Gobot and Machine Robo names, as the toys themselves are interchangeable.

First up is BR-02 Battle Tank Robo, also known as simply TANK in the Gobots release. Tank was a futuristic battle vehicle with chrome weapons and tank treads. It was basically a block of war. 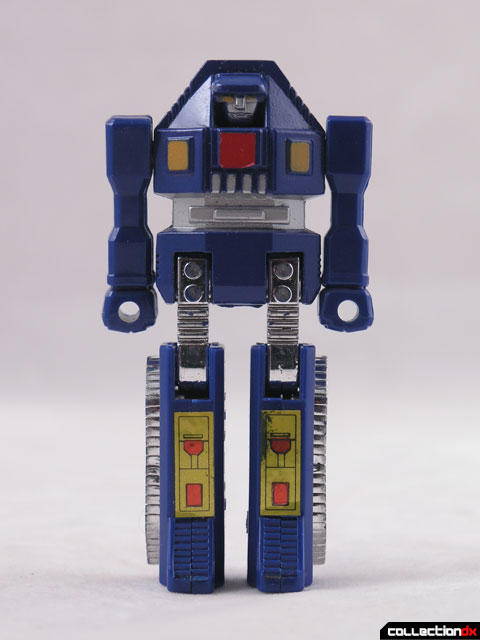 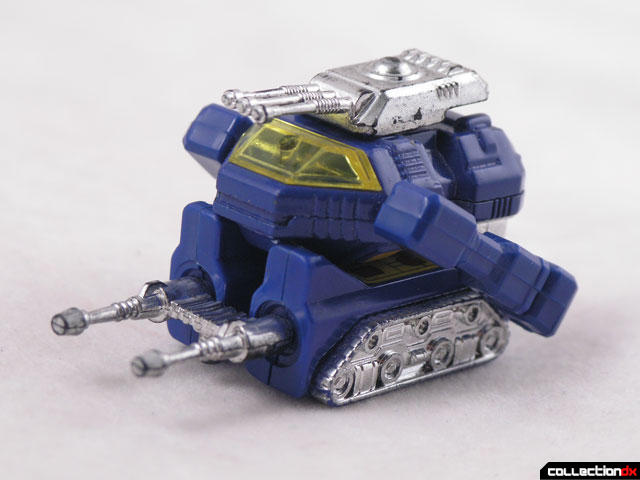 The entire body of TANK was diecast metal, with the rest of the parts being hard sturdy ABS plastic. The toy featured both painted and molded details. Once again, there’s that Popy blue plastic… 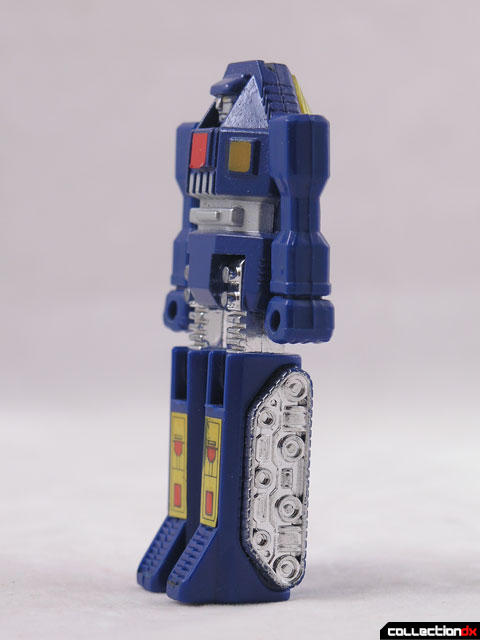 Gobots never had an intricate or believable transformation; that wasn’t the point. As long as it went from one mode to another in some fashion, they were cool. This one basically bends over and BAM! It’s a tank. 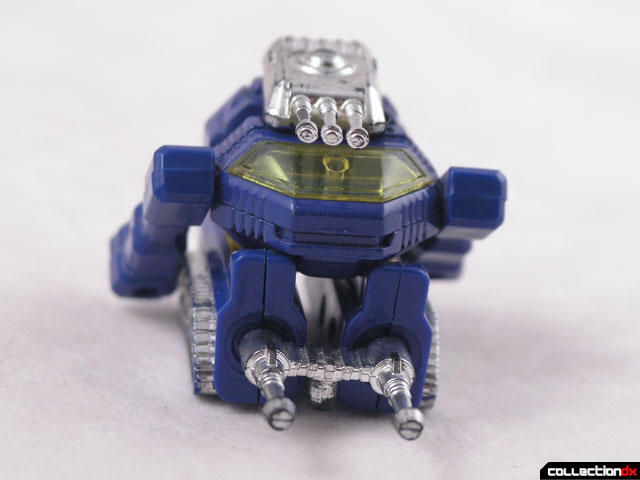 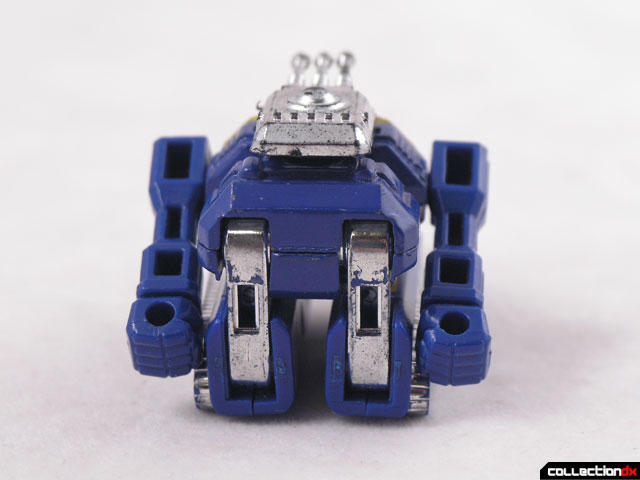 TANK has two weapons. In tank mode, there is a dual chrome cannon on the front, and another cannon on the top. Both cannons are removable and can be used as weapons in robot mode. 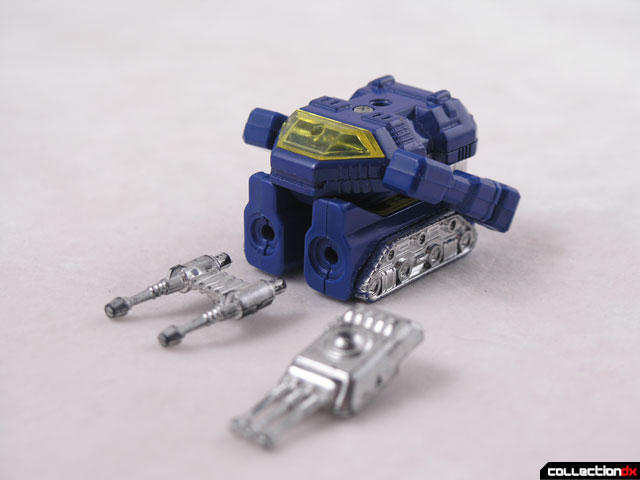 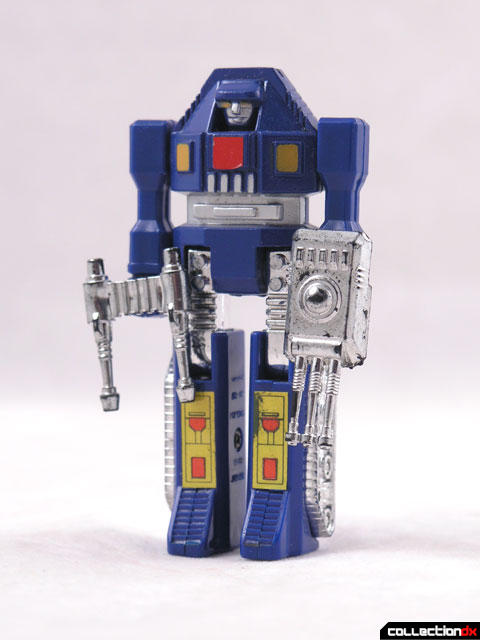 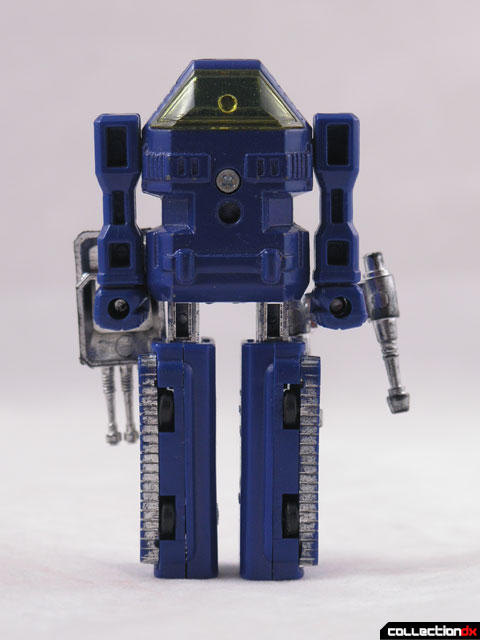 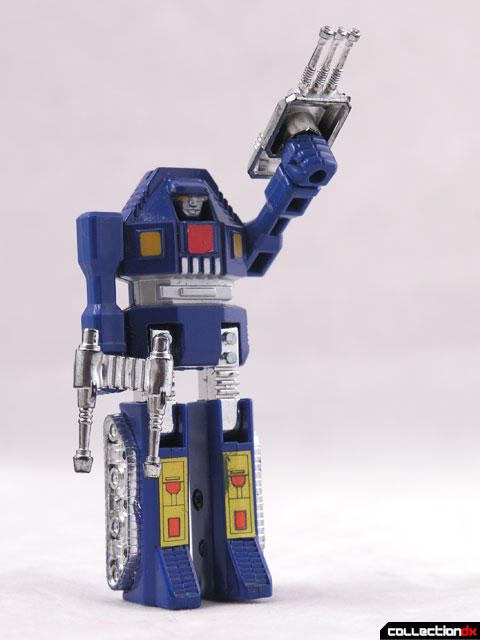 We the people hereby declare our affection for the gobots.

I just got done drawing a picture of CyKill and thinking "Damn,I really need to finally buy some GoBots since I don't have any" and I log onto CDX and here's Tank..

I used to have my own leader1. But indeed, The transformers were the big boys on the block

I have this guy in my Gobots collection from when I was a kid.

I can't understand the hatred toward the Gobots. Especially from the self-proclaimed "hardcore" Transformers fans. Would someone come up and explain why are they lame compared to the Transformers?

As a side note, the Gobots cartoon was the popular transforming robots cartoon here in the Middle East back in the nineties. The Transformers were barely known back then. I was aware of it when I was a kid, when my parents taped the Omega Supreme episode since it aired before Dino Riders, the show I was watching before going to school. But the live action movies are the reason of me becoming a Transformers fan nowadays. But I still like the Gobots and wish to it being re-released again.

I liked GoBots more than TFs as a kid,allthough later I did grow to like TFs. Noone at my elementary school had a bias against GoBots that I recall,allthough it was a inner city area so it wasn't like most kids could sneer at inexpensive toys. I even liked the Rock Lords and the Rock Gnarlies.

Josh's tale about finding out about Machine Robo as an adult reminds me of growing upand finding out MUSCLE was one of the coolest manga/anime ever,when I thought they were just generic little dudes we collected!

My parents were to poor to buy me transformers and too poor to buy gobots (or they just didn't wanna buy em) so I had a healthy dose of bootleg Gobots. Identical but cheaper and made in taiwan. But if gobots were uncool at the time imagine me showing up to the playground with a figure called plane -bot to play with Optimus Prime.
Tank is actually one of my favorites

I had this and some Transformers minibots.
There are some small differences between yours and what I had, in Brazil: He didn't have the golden canopy, it was just a red stick. And he also had a sword and a shield. It comes in a box, and it's called Robo-Tank. No one knows he was a Gobot until he appears on the series.